I’m in my own little world 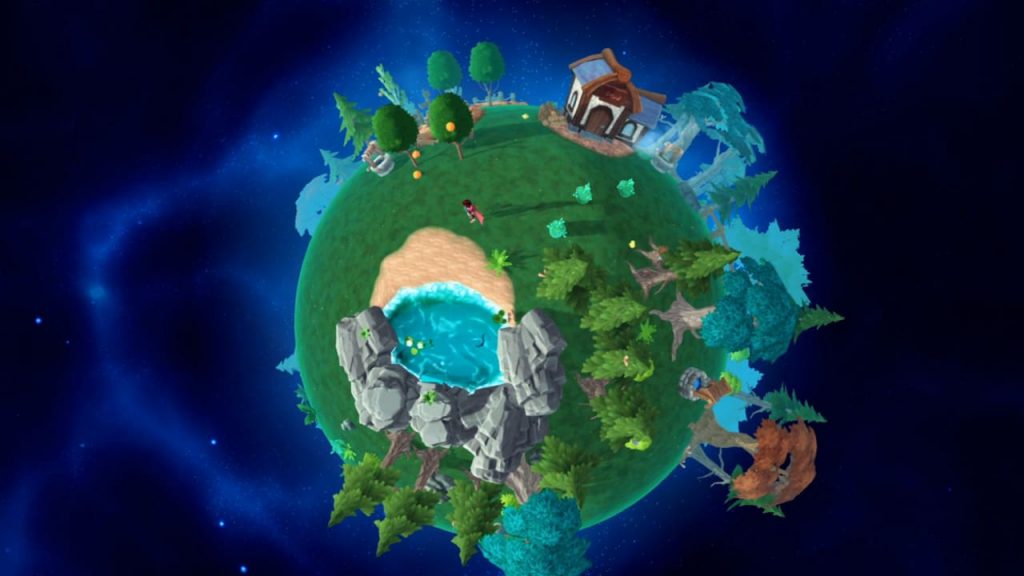 How many of us have fantasized about living in our own little world — waking up every day, growing our own food, crafting our own tools, and just taking it easy? And not like a gigantic one either, but a cute lil small guy that’s totally manageable and perfectly fits our needs? Well, imagine no further, because that’s the exact premise of Deiland Pocket Planet, an easy-going, adorable survival game. Developed and self-published by Chibig (Summer in Mara), Deiland Pocket Planet was originally released as an android game, Deiland, and comes to the Switch with new graphics, UI, and more.

Deiland Pocket Planet opens up on Arco, a young boy who has mysteriously arrived on a tiny little world with no real explanation as to how or why he got there. Still, the grass is soft, the air is sweet, and the weather is beautiful — time to make this place your own! After scavenging for berries and seeds, a friendly traveler, Mun, parks her spacecraft on the grass and offers helpful tips, such as how to craft a hoe, an axe, and more. By heeding her words, your horizons expand a little more, the world slowly opening up with each new skill and crafting recipe learned. 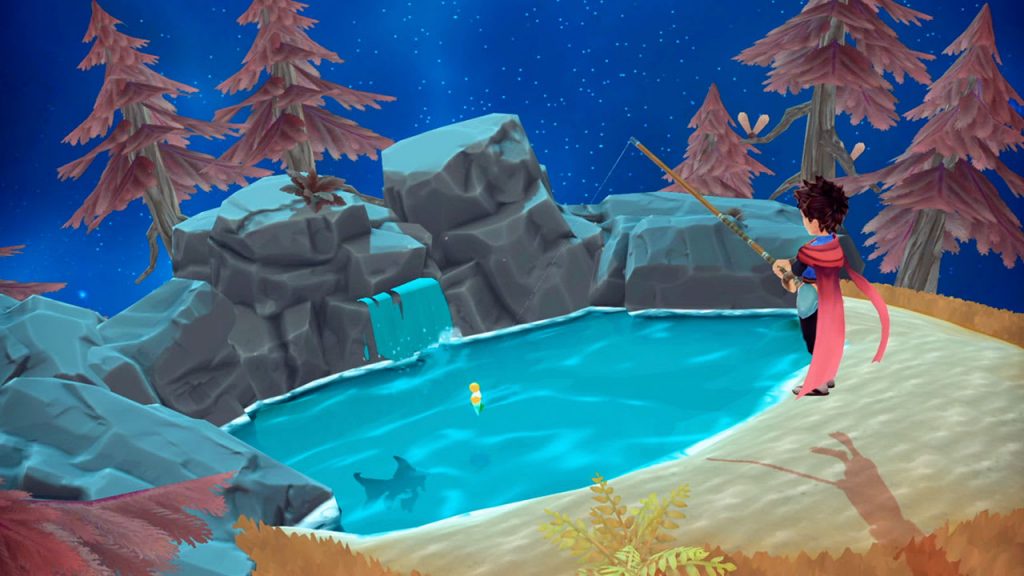 Deiland Pocket Planet’s aesthetics are undeniably cheerful, and looking at the cosmic surrounds were a thing of beauty. I loved the vibrant colors that just popped off the screen, those deep hues sending the good chemicals up to the ol’ overthinker. A really nice detail were the changes in the stars in the background, the galaxy alternating colors as time trudged forward. The music paired nicely with the visuals, although said visuals were the absolute standout.

Although I am not sure if Deiland Pocket Planet is meant to be a child’s game, its vibe and pacing is well suited for the younger crowd. There’s some excitement in the form of the occasional alien attacks (which are easily fended off) and it’s entirely possible to accidentally burn down all your trees, but it’s otherwise a very chill experience. It’s arguable that chill in this case can mean a little dull, unfortunately — with no real pointers on how to progress the storyline aside from easily missable visitors who need you to press a button to land on your world, I spent the majority of my time tripping over rocks, then breaking them in my frustration. 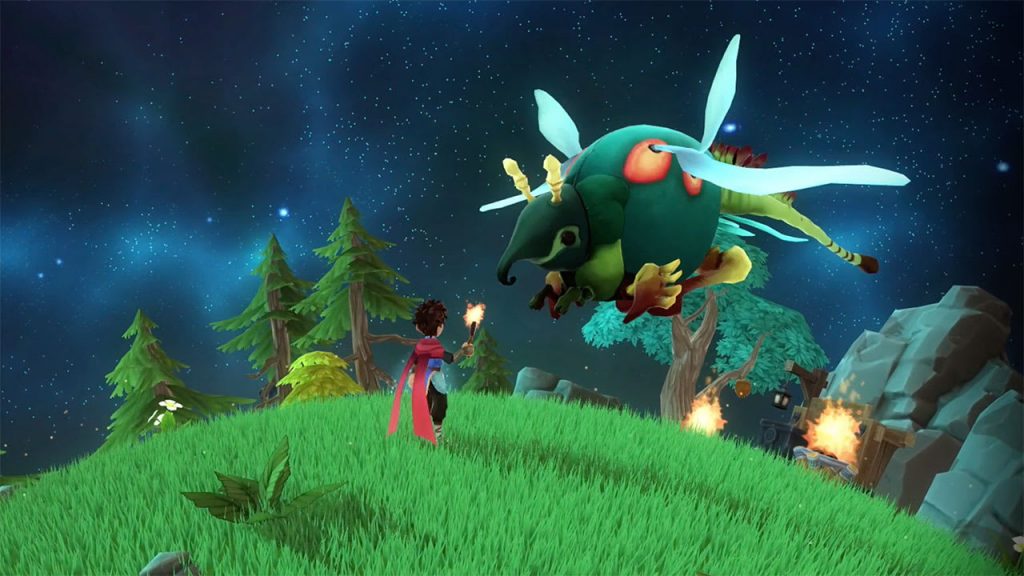 In fact, with how cute Deiland Pocket Planet is, careful in its aesthetic and attention to detail, I would have expected the UI to be a little easier to grasp. Too many times I whispered “oh no” under my breath while playing because of how unnecessarily difficult everything was. If switching between tools is explained, it is easy to accidentally skip over, which makes for some frustration down the line when you’re trying to harvest crops and your only apparent option is to upgrade them. Speaking of crops — you’ll have to build a well next to the available fields if you want to keep them irrigated, but bringing water over to them… sometimes works? Like I watered one field four times and was told that I couldn’t plant anything without water; I soon gave up and watered the field next to it once — farther away from the well, mind you — and I was able to farm just fine. What gives?

Furthering the storyline is also a bit of a pain, as it requires doing fetch quests for random visitors. I’m the kind of person who can do fetch quests until the end of time, so no worries there, but the visitors don’t readily make themselves known. No discernable audio cue, just a small icon in the top right corner that will disappear within a few seconds. If you happen to notice it, you can invite the visitor to land on a grassy field somewhere, where they’ll show you their wares and ask for a favor. By fulfilling their request, you’ll learn a little bit more about not only your world, but the many others out there among the stars. 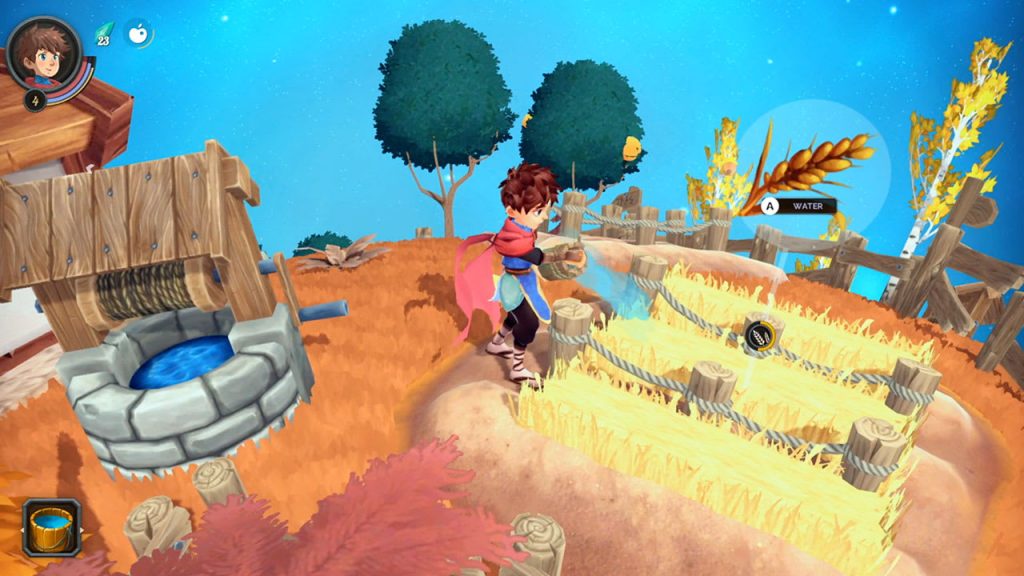 When it comes to crafting, Deiland Pocket Planet didn’t do enough to separate it from its original free-to-play roots. There are too many items upfront that require crafting materials that are either nowhere to be found or the recipe to make them is unlocked much further down the line. Once you do find said recipe, the crafting materials required are kind of a slog to get, as their time-gates are pretty lengthy considering how little there is to do in the beginning. I’m not saying an attempt at balancing wasn’t made — I can see they worked very hard on both versions — but there are much better balanced cozy farming sims out there.

I wish I could say I had fun with Deiland Pocket Planet or found some sort of redeeming quality outside of the aesthetics, but the truth is, I spent too much time tripping over rocks and breaking them out of frustration afterwards to really remember much else about it. I kept missing visitors, I fumbled with farming, and unlocking the fishing rod was an exercise in odd patience. There was a lot of weird friction in the UI and nothing was truly intuitive. I am still wild about the concept and found the chill vibe inviting, but diving back into the game just for a supposedly relaxing mood never had the outcome I was hoping for.

Googling the mobile version of Deiland yields incredibly positive results, so I am not sure what happened while translating Deiland Pocket Planet for the Switch. I hate giving negative reviews, especially when a game as cute as this seems so welcoming, but if the UI isn’t working, I’m not sure what else to do. If given more time with the title, I am not sure I’d come away feeling any different; in fact, the more time I spend with it, the more frustrated I get. If you’re remotely interested in this one, be sure to watch a few YouTube videos explaining gameplay before calling this little world your new home, otherwise I’d sit this one out.

Full disclosure: This review is based on a retail copy of Deiland Pocket Planet provided by the publisher. 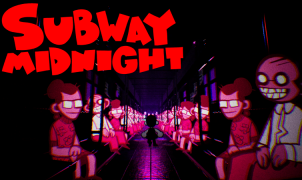 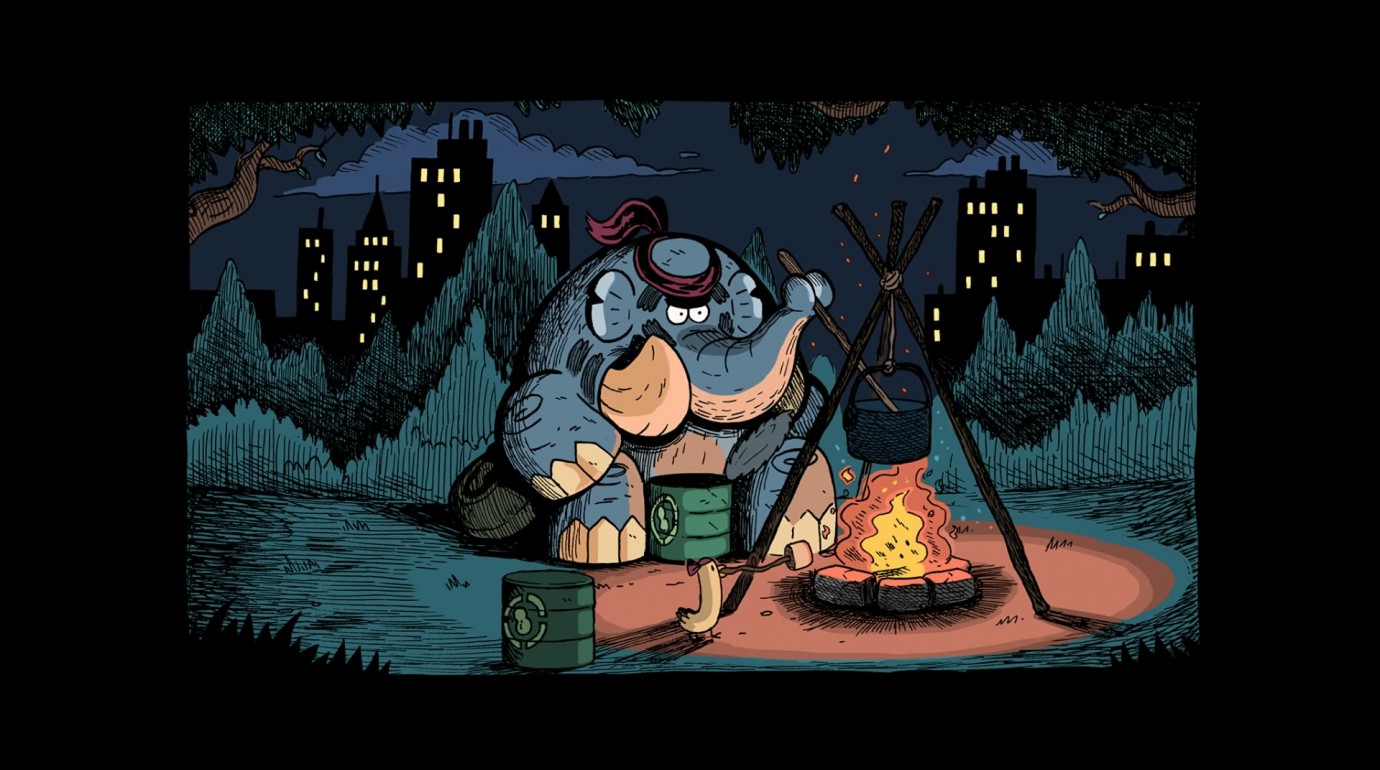