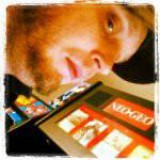 Editor: Francis has been a die-hard gamer since the 8-bit era. While he enjoys games from all generations, he has a particular fondness for the early days of arcade and console gaming. While Francis plays games from most any genre, role-playing games, fighters, and shooters are his games of choice. Before founding HeyPoorPlayer, Francis was a staff writer for the websites Nuclear Geek and Gaming Judgement. 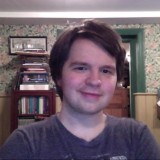 Deputy Editor: Jonathan was HeyPoorPlayer’s first British person, so expect him to thoroughly exploit this by quoting Monty Python and saying things like “Pip, pip, toodly-whotsit!” for the delight of American readers. He likes artsy-fartsy games, RPGs and RPG-Hybrids (which means pretty much everything at this point). He’s also just realised how much fun it is to refer to himself in the third person like he’s The Rock or something. Please follow him on twitter @Jtizzlefish. His self-esteem depends on it! 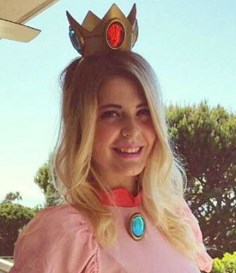 Reviews Editor and Social Media Manager: Born at a very young age; self-made thousandaire. Recommended by 4 out of 5 people that recommend things. Covered in cat hair. Probably the best sleeper in the world. Still haven’t completed the civil war quest in Skyrim but I’m kind of okay with that. Too rad to be sad.

Associate Editor: Starting out with nothing more than a Game Boy and a copy of Donkey Kong Land, Kenny has happily been gaming for almost his entire life. Kenny has always been eager to share gaming-related thoughts, opinions, and news with others and has been doing so on Hey Poor Player since 2014. Although his taste in gaming spreads across a wide number of companies and consoles, Kenny holds a particular fondness for Nintendo handheld consoles. He is also very proud of his amiibo collection. 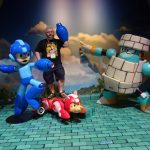 Associate Editor: Got my start in the industry at oprainfall, but been a game fanatic since I was young. Indie / niche advocate and fan of classics like Mega Man, Castlevania and Super Metroid. Enjoys many genres, including platformers, turn based / tactical RPGs, rhythm and much more. Champion of PAX West and Knight of E3. 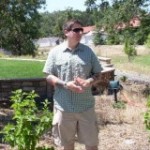 Senior Contributor: Mike Vito has been a slave to gaming ever since playing his grandfather’s Atari 2600. A collector of all things retro, his main focus is obtaining a full NES collection. Being a father has rekindled his spirit for Nintendo and he now spends most of his time teaching his kids about the games of yesteryear. 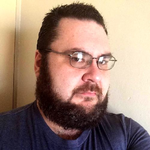 Senior Contributor: Delano is a lifelong gamer who lives in Johannesburg, South Africa. He loves all games, but has a particular affection for indie and retro, with an eye towards the modding community. When he’s not playing games, he indulges in politics, art, reading and writing, history, electronic music, and general geekery. He’s an eccentric who loves the strange and beautiful.

Senior Contributor: Eating, breathing, and living video games on a daily basis, Anthony is particularly fond of the Nintendo variety, but is by no means a console warrior. Somewhere in the midst of his obsession with cat pictures, he finds the time to pen about his favorite hobby. Having previously written for over three sites, Anthony remains dedicated to spreading the gospel of EarthBound. 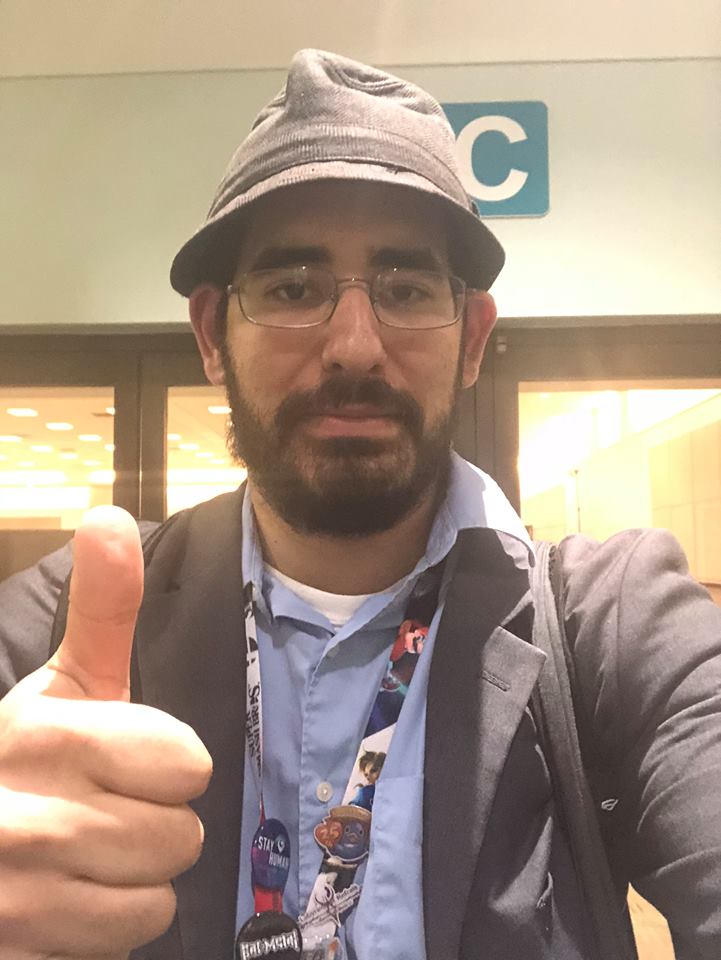 Contributor: A gamer since the days of the NES and SNES and a reporter since 2015. This hat-wearing otaku loves niche Japanese games, but has a soft spot for visual novels, Super Robot Wars, Mega Man, yuri, and Nepgear. Benny has covered E3 and Anime Expo since 2015 and served as Operation Rainfall’s Visual Novel Manager. Now, this seasoned reporter spends his days trying to clear his epic backlog in between writing analytical articles and reviews.

Contributor: A screenplay and comic book writer who grew up on playing everything Blizzard and Final Fantasy, Christian is a part-time entertainment journalist who covers just about everything. He loves attending conventions, meeting fellow creatives, and of course, gaming.

Contributor: Early twenties journalist, based in both Helsinki, Finland and London, Britain. I’m mostly interested in RPGs, including Fantasy and Horror, but also write topical pieces on gaming culture. I live with my partner and our four-year-old Australian Kelpie, Vernon.

Contributor: Once upon a time, he wrote for oprainfall. Now, he’s scraping off the rust to get back into writing about the games he loves. From his humble origins of playing the Atari and Commodore 64, he now dabbles in just about every console there is. Although he has a particular love of hardcore dungeon-crawlers, roguelikes, and niche JRPGs, some of his favorite games include Earthbound, Persona 3, Eternal Sonata, Bravely Default, Tales of the Abyss, and Fate/Extra. If his geek cred wasn’t good enough, he’s also a bassoonist. 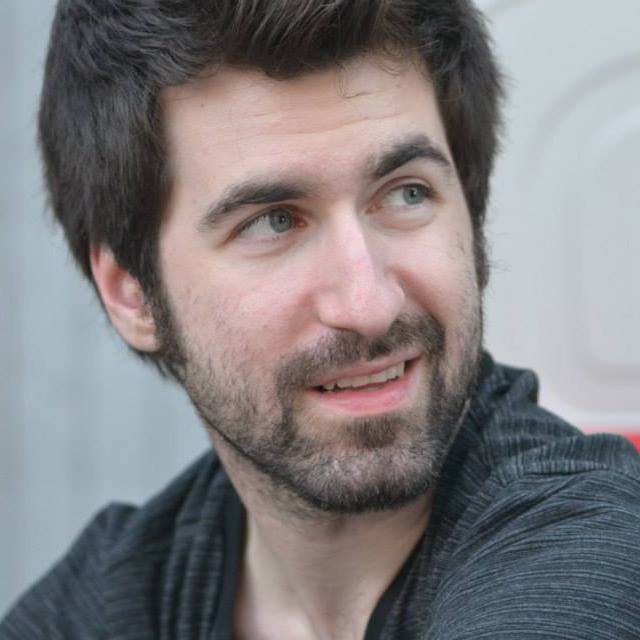 Contributor: Early twenties journalist, based in both Helsinki, Finland and London, Britain. I’m mostly interested in RPGs, including Fantasy and Horror, but also write topical pieces on gaming culture. I live with my partner and our four-year-old Australian Kelpie, Vernon.

Contributor: Like the games he grew up with, Kevin has been around for a fair old time. Fond memories of his first game Pitfall on the Atari through to current PS4 pleasures seer in his mind. He is also a sucker for a good narrative. In whatever spare time is left, Kevin is also an anime, movie and football/soccer enthusiast. Kevin’s previous work can be seen at The Average Gamer. Favourite games: Bayonetta series, The Walking Dead series, God of War series, Chrono Trigger. 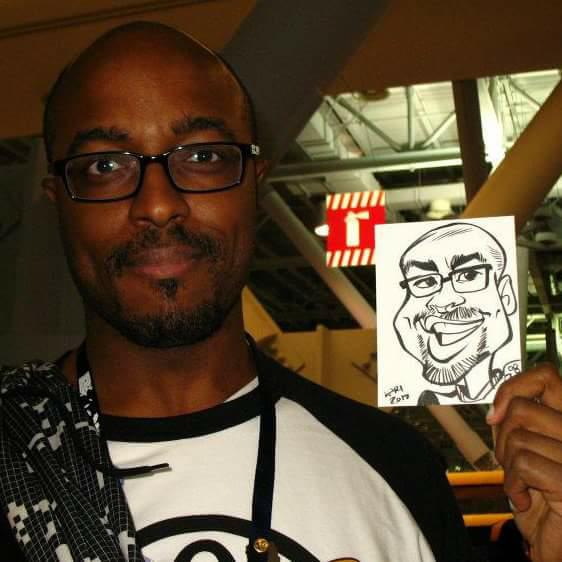 Contributor: A fan of all things video game for as long as he can remember, Pernell likes few things as much as quality imaginative video games, quality VGM compositions, and friendly people with which to share those video game experiences with. He has a rather hefty library of retro and modern titles from which to draw his knowledge. In addition to Hey Poor Player, Pernell can also be found as the co-host of the Rhythm and Pixels video game music podcast, co-host of the Youtube show, “Pernell and Matt Play Games”, and as a regular reviewer on the SML Podcast.

Contributor: Since my Dad bought me a Master System after a stint in hospital I’ve been utterly obsessed with video games. Sonic The Hedgehog was my first love, but since then, I’ve not been fussy with genres – RPGs, FPSs, MMORPGs, beat ’em ups and sports simulators – I play them all.

Guest Contributor: Burt is a guy who likes to write. He likes to write a lot. Whenever someone will let him, or better yet pay him to write – he’ll do it. Sometimes, he even blathers on at his own site: ossua.com between writing his novel, penning short stories and working his dayjob. As a member of the thirty-something generation of gamers, he enjoys retro-titles, platformers, RPGs, shooters, puzzles, word games and things that are flat out weird. He has been writing for HeyPoorPlayer since early 2011.

Guest Contributor: Susie has had an interest in gaming ever since her grandpa started her out on the NES. She loves RPGs and fighters but, will give any genre a play. Her other interests are cooking/baking, mixology, drawing and, anime. She lives with her husband, Kevin, 5 cats and, 1 dog. Favorite games: Final Fantasy series, Tales of series, Zelda series, Star Ocean the Second Star Story, Guilty Gear, Samurai Shodown and, Street Fighter.

Josh Smith: Host of the YouTube game review show Trash or Treasure and massive enthusiast of the Metroid and Metal Gear Solid series. Josh contributed reviews and videos for Hey Poor Player during 2016.

Bryan Dull: Bryan is an old pop culture enthusiast who enjoys film, games, and anime…probably to an unhealthy degree. He is a host of the Non-playable Geeks Podcast. He contributed to hey Poor Player during 2016.

Gary Swallow: Gary is a sarcastic asshole, who used to write things for Hey Poor Player. He dreams of fire, chains and demons. Some people call these nightmares.

Dean Moses: Dean moved from England to New York at the young age of nineteen to marry the love of his life and become a writer. He managed to achieve this! Dean wrote for Hey Poor Player and made videos during 2016.

Anthony Spivey: Anthony is a fan of handheld games since he received a Gameboy with Pokemon Blue when he was five. Ever since, he has been putting in way too much effort playing RPGs and and having a love/hate relationship with Sonic the Hedgehog. He is also a member of The Senseless Podcast, which no one should ever listen to.

Michael Beckwith: Hailing from not-so-jolly old England, Michael is a Freelance Writer that spends most of his days writing, playing video games or writing about the video games he’s playing. That, or moaning about stuff on Twitter.

Alex Lupella: Alex has been forced to write his entire life, and until 2016, he wrote for HPP as well.

Joanna Mueller: Joanna is a lifelong gamer who insisted the Super Mario Bros manual was a bedtime story as a child. Video games took her to a galaxy far far away where she met and eventually married her husband. Now she reads Minecraft books to her own kiddo while finally making use of her degree to write about games like a proper adult. This is her favorite bio on the Citadel.

Adam Foster: Adam will defend Final Fantasy XIII to his grave, and honestly believes people give Dragon Age II too much flak. He wrote for Hey Poor Player until 2016.

Jeremy Johnson: A stubborn man on a valiant quest to prove he has impeccable tastes. Will defend his favorite games to the death, sword in one hand controller in the other.

Kevin Chapman: Kevin has been serving in the USAF for 8 years as a jet engine mechanic. He’s married to Susie, and they have five cats and a dog together. His hobbies are almost too numerous to list, but his favorites are video games, electronic music, drawing, Gundam models, food, and turning wrenches. His favorite video games include the Ys, Yakuza, and Senran Kagura series.

I. Coleman: I. Coleman was best known for his brilliantly contrarian web series: Second Opinion. With surgical precision, I’s doctor persona would diagnose the ills of so many of gaming’s scared cows in his videos for our Youtube channel.