Spoiler Alert: Children get beaten to near-death — a lot. 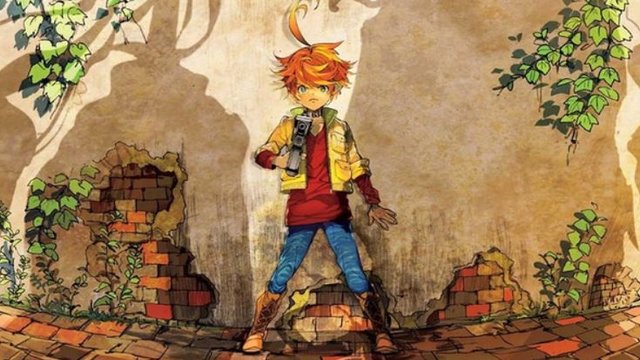 I mentioned in our previous review — Volume 9, for those just joining us — that Kaiu Shirai’s The Promised Neverland “never hesitates with enforcing soul-destroying despair within this demon-eat-man world”. Granted, Volume 10 advancing Emma and co.’s take-down of the  demon forces occupying the Goldy Pond hunting grounds isn’t quite as devastating, but as expected by anyone familiar with the shonen formula, snags stumble the resistance’s attack, and despite the liberating surge of offing one bloodthirsty demon after another, brutal setbacks prominently reduce such short-lived successes into heart-pounding trepidation. Even long after the volume’s respective serialization, its suspension brilliantly captivates as a haunting page-turner, further establishing The Promised Neverland‘s raw bid for survival as a stunning Weekly Shonen Jump anomaly.

Take, say, what happens with the Nous and Nouma battle — Volume 9’s very last pages already turned the “heartless demons” assumption on its head, with our heroes gritting their teeth at the former loudly weeping over the loss of his lover. But there’s little time for the resistance to express outrage over this blatant hypocrisy; instead, simply observe how, rather than sending Nous onto an eruptive rampage, The Promised Neverland confidently introduces a blend of shocking imagery and lore, as our stunned child assassins can only watch in horror at the sight of Nous devouring his dead partner, temporarily fusing her consciousness with his in a mad power rush. While this grizzly fusion isn’t made apparent until later, that we’re already treated to heightened battle confusion — complete with a tantalizing segue into another battle — is an excellent opening hook.

Likewise, the Bayon encounter enters a reverse structure: things start bad, keep getting worse, and only through a last-minute turnabout are we treated to a solitary introspective; that being, how he secretly hunted live children for 200 years to stave off the bitter taste of cold, farm-manufactured meat. The flashback doesn’t pull back its punches: Bayon succumbing to his forbidden addiction, slaughtered children unknowingly stepping into the jaws of death, and, most damningly of all, shedding tears at tasting fresh meat for the first time in millennia. Even in the face of oblivion, his two century-long violation has finally borne fruit: he can die doing what he loves.

One look at this cover tells you that’s not exactly a good thing. 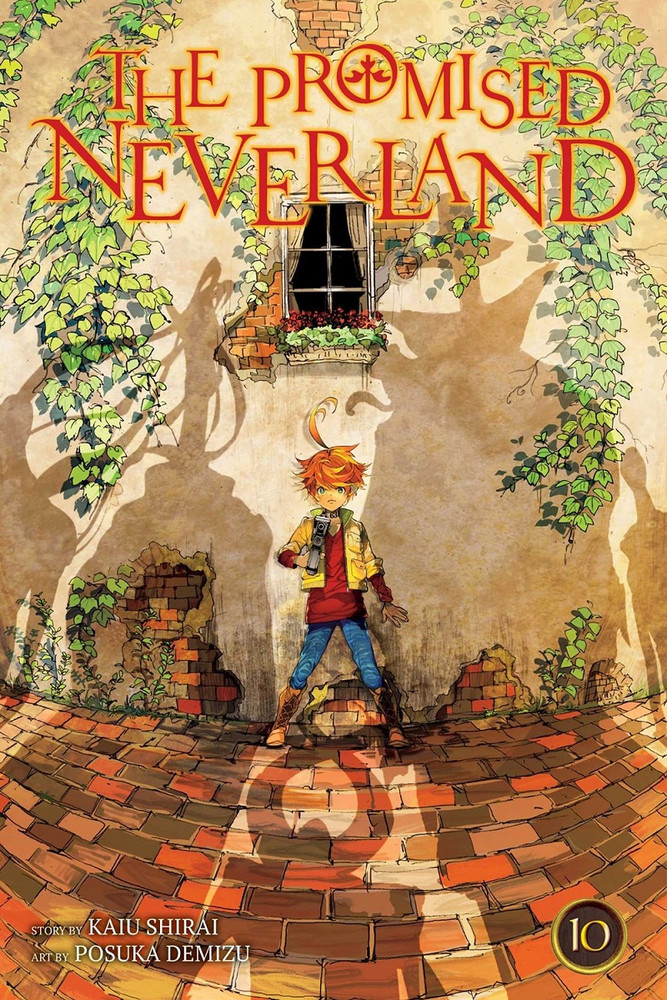 Much as The Promised Neverland flirts with the idea of good demons and bad ones (not to mention the complexity of human antagonists in Mother Isabella and Sister Krone), none of the redeemable villains so commonly found in other shonen properties — those who regret their oppressive ideals only when moments from death — are anywhere to be found within Goldy Pond’s huntsmen. So removed are they from their lambs’ fear they operate outside the scope of your typical bedtime monsters — who dwell in closets solely for tormenting their prey’s fears of being eaten– and instead exploit an abusive system for the sake of pursuit and a delectable banquet.

Hence why Emma’s pleading to Leuvis that there’s no need to fight falls upon deaf ears; granted, anyone could’ve seen that coming a mile away, but let’s dwell on the themes here. As elaborated by Anime News Network, The Promised Neverland‘s cruel hierarchy depicts the rich and aristocratic as literal monsters who only perceive those beneath them as livestock, having grown so warped through gluttony and greed they dismiss their murder sprees as simply matters of values and perspective. In this thriller’s seamless balance between suspense and action, The Promised Neverland never stumbles in enforcing an all-too-real allegory: exploiting the oppressed and suffering for their own ends.

As always, Posuka Demizu’s immaculate artwork never ceases to amaze. Yet again, Goldy Pond depicts the grim impetus behind The Promised Neverland — desperate children chipping away at an exploitative world — and our head-first dive into bloody action bookends this theme home into a bloody pulp. Not that this volume’s battles replicate Bayon’s flashbacks, but the emphasis on action means Demizu gets to flex the full terror of her demon designs: their limber, imposing forms dominating the panels with bone-chilling terror. It’s tough to say who’s the scariest — Bayon and Leuvis’s stalking are never not terrifying, but Nous’s fury displays a morbid brutality unlike anything else The Promised Neverland depicted hitherto. (Poor Sandy’s definitely going to be feeling that one in the morning, ouch.)

With the climax already set for next volume’s finale, The Promised Neverland‘s foray into combat produces a riveting — if not ghastly — synthesis of nail-biting grit. Horrifying as each volume may be, the laws of shonen assure us there must be a happy ending awaiting at the end of this long, dark road, yet its expert use of impulsive, cherubic child protagonists teetering upon life-or-death choices always induces second thoughts. Any good thriller needs nothing less to engage us.