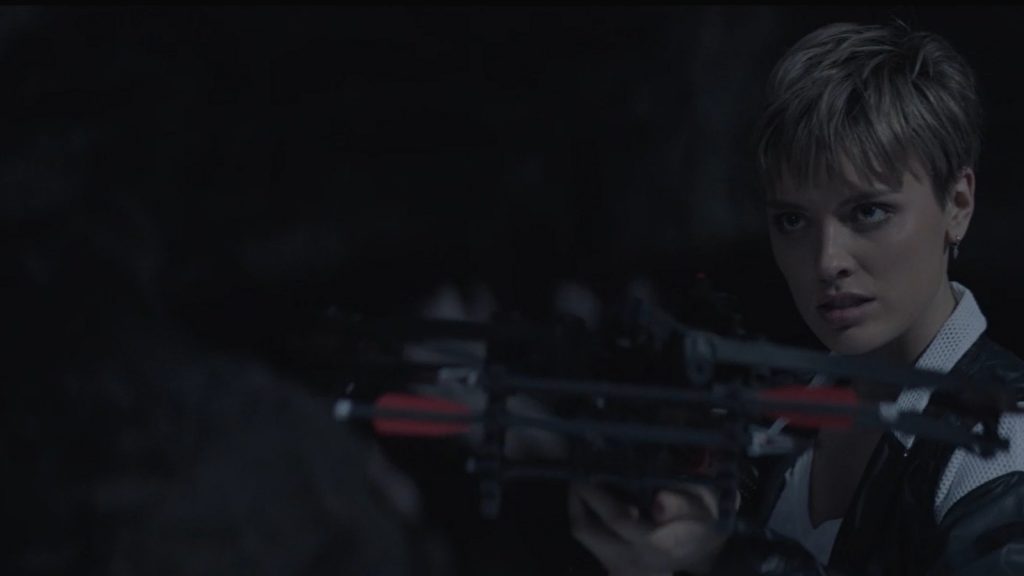 I’m just gonna be honest – this was the best Batwoman of the season. I had felt a similar sensation various times earlier this season, but not to this extent. It managed to bring together so many important plot threads, and kept the action running at a brisk pace. Not only that, the episode also has me quite excited for next week’s finale. I just don’t think the finale can outdo this episode, but I’m also happy to be proven wrong.

Things start with Batwoman interrogating a Sionis guard about Kate’s whereabouts. There’s a funny moment where she uses perfume to the eyes to get him to talk. Later on, the team at the Bat Cave talk about how it’s been 10 hours since they saw Kate. Suddenly, someone is making a commotion at The Hold Up, buying drinks for everyone. That someone is none other than Kate, who seems to be herself again. At first, Mary and Luke think all is well. They try and remind Kate of who she is with her journals, even though Ryan isn’t convinced yet. Nobody listens, however. Which turns out to be a huge mistake.

Alice has a tough arc this episode. Mary talks with her over Ocean’s dead body, and they share some bitter words. Mary says she knows her pain, thanks to what Alice did to her mother. But rather than gloat in her suffering, Mary feels sympathy for her erstwhile step sister. Later on, Alice has apparently disposed of Ocean’s body, and spreads his ashes from an urn. It’s a somber moment, interrupted by none other than Safiyah.

Meanwhile, everything takes a dangerous turn. Kate promptly hands her journals over to daddy, and says they’re a user manual to the Bat Cave. She’s been acting the whole time, and Circe has been in the driver’s seat. Nobody suspects anything, least of all lovestruck Sophie. And Mary and Luke, despite their intelligence, are blinded by her act. Ryan senses something amiss, but suspects it’s just Kate’s memories not being restored yet. Even she’s clueless about the depth of Kate’s duplicity.

Ryan is ready to step aside and let Kate take up the Bat mangle again. Sophie insists she’s still wanted, and that she can stay with her temporarily. Instead Ryan insists she found a place, and goes off to do one more job as the Bat. She steals a laptop off someone that works for Roman, and is ready to look for clues of his schemes. Her new place turns out to be her car, sadly. Then things get worse as GCPD comes knocking, and arrests her for Snakebite injectors they “found” on her premises. They obviously are on Sionis’ payroll, and take her away in cuffs.

You Don’t Wanna Be a Cog, Huh? 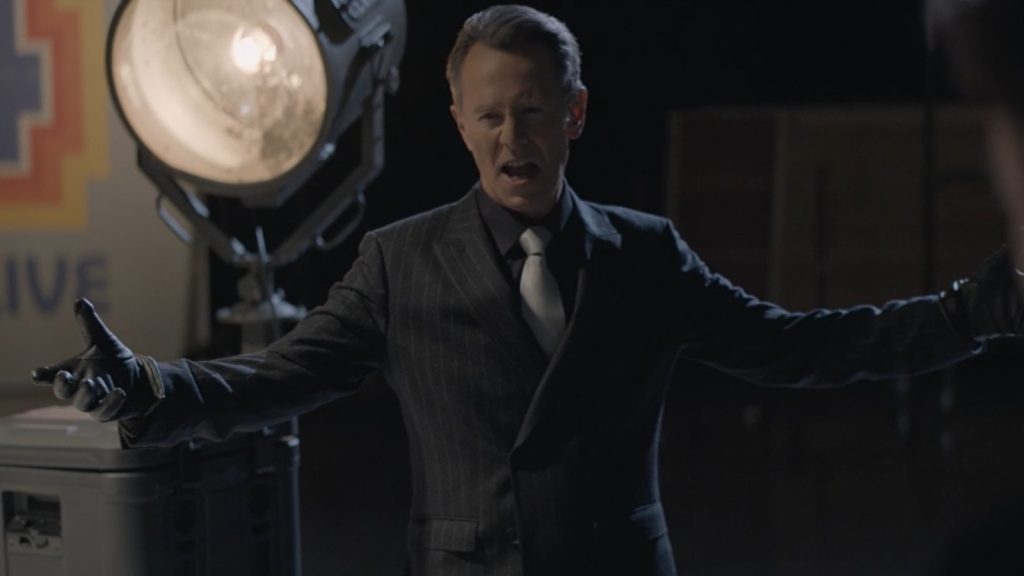 One really good twist in this episode of Batwoman is that Sionis is recruiting former Crows to his team. It’s diabolical, and dovetails nicely with my earlier comment weeks ago about Tavaroff essentially being a criminal, other than not having a garish suit. The former Crow is ready to join team Black Mask, but wants to be in charge. Sionis promises he will get a leading role in his new plot against Gotham City.

Speaking of Roman, he’s really back in the spotlight this week. I’m happy he’s not wasting time being pouty or distressed about his “daughter” Circe. This actor has a ton of gravitas, and he brings it all to bear. As Ryan is waiting in GCPD custody in the back seat of a car, he strides in. Ryan and him exchange some great banter. It’s really satisfying they both know each other’s secret identities now. Ryan still tries to reason with him, and brings up his daughter’s legacy and how she was made to suffer for no good reason. It doesn’t sink in, and Sionis promises she’ll die in police custody, but that it’s nothing personal.

Ryan makes a call to the team and warns them about her dire predicament. Sophie and Kate join Luke and Mary in the Cave. Mary hands the cowl to the former Batwoman, who says of course she’ll go and save Ryan. Sophie offers to go with her, saying she won’t lose her again. It would be a touching scene if they weren’t all being so skillfully played. Circe grabs a stun gun, and unloads on all three of them. But first she mocks Sophie, saying lying to her was “the easiest thing in the world”. Then it’s lights out.

The team wakes up locked in a elevator shaft with the doors disabled. As they sit helpless, Circe walks through the Bat Cave pressing buttons and opening doors. She’s searching for something, and finally finds it. There’s a sealed container with a biohazard symbol. Inside are all sorts of dangerous weapons Batman had confiscated from his rogue’s gallery. There’s the Mad Hatter’s mind control hat, Bane’s mask and more. But Circe is looking for one thing in particular – Poison Ivy’s vines. 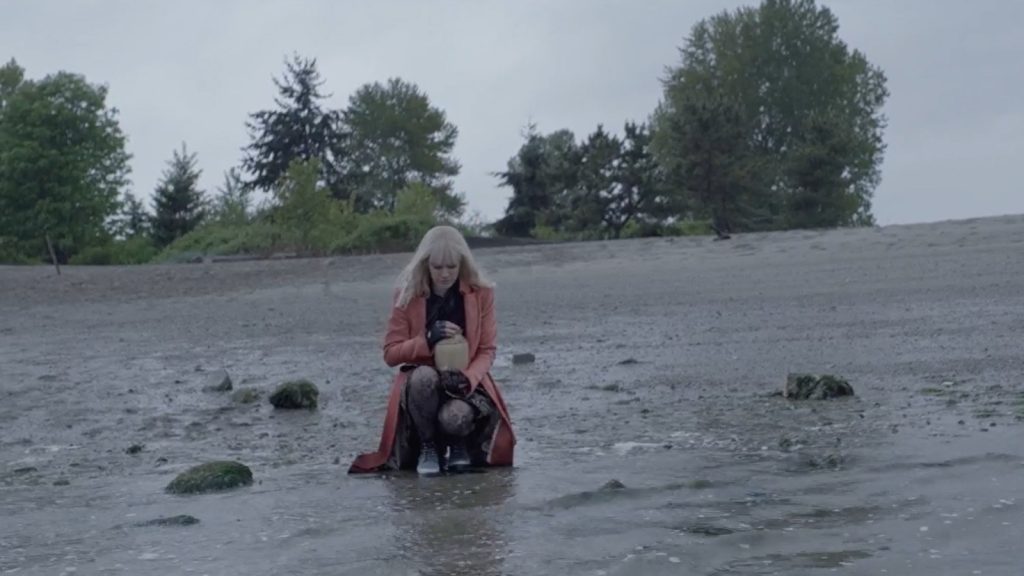 Safiyah is pushing hard to convince Alice that with Ocean dead, they’re even. First she grabs Alice’s knife and tosses it away in the water. Says they need to let bygones be bygones. Furthermore, Safiyah clearly still loves Alice, and wants the criminal to join her on Coryana. Alice retorts there’s probably not much island left after she torched it. Safiyah responds that the cutting from Poison Ivy’s vine will help, and that she bought Circe’s help by killing those responsible for putting her in prison. There’s a tender hug between the woman, and then resourceful Alice makes a play. She grabs Safiyah’s Desert Rose tipped dagger and stabs her with it. She doesn’t want her dead, only her suffering.

Ryan suffers a tongue lashing from her parole officer, since she believes Ryan is using again. Ryan goes all out, and tells her everything. That she’s Batwoman, and that GCPD wants to kill her. It takes some convincing, but she starts to make the other woman believe her. Then GCPD comes in and starts taking Ryan away. The parole officer says she needs to talk with a judge about them railroading her client, and they draw guns. Luckily Ryan takes them out, and in the process convinces the other woman. She hands Ryan her badge to escape GCPD and calls her Batwoman.

A Storm Is Coming For Gotham 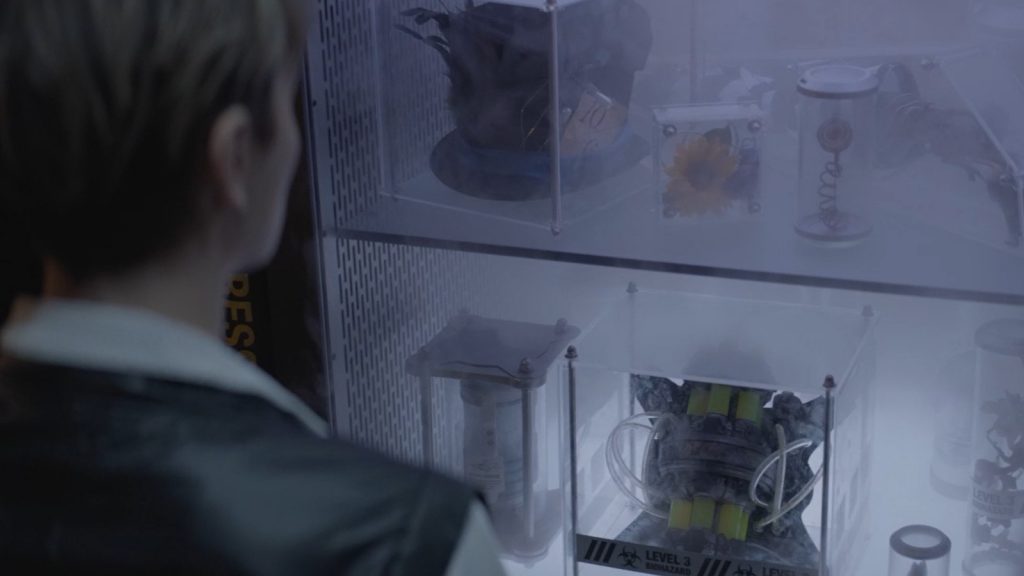 Moments later, Ryan arrives at the Cave and finds the crew. She’s looking for a tool to help them escape and Circe arrives with a crossbow. Ryan runs from the madwoman, but then Circe threatens the prone team. There’s a fight, and the crossbow gets knocked down. Luke, Mary and Sophie managed to grab it and the titanium bolt and use it to escape. Ryan gets a couple good hits with a fire extinguisher, but Circe is winning. Sophie trains the crossbow on her, but Circe smirks, saying the woman who loves her won’t do anything. She’s right, and leaves the Cave intact.

Now Batwoman has no suit, no tools and is minus one Bat Bike. Meanwhile Roman and Circe have all the paraphernalia Circe took from the Cave, and plan on using it to make literal monsters. The stakes couldn’t be higher, and I’m really excited to see how Batwoman and company saves the day next week. A really great episode, with amazing performances and great plot twists. Stay tuned next week for our coverage of the Batwoman season 2 finale!