The iconic tabletop game gets a new expansion of class archetypes, dungeonmaster tools, and spells 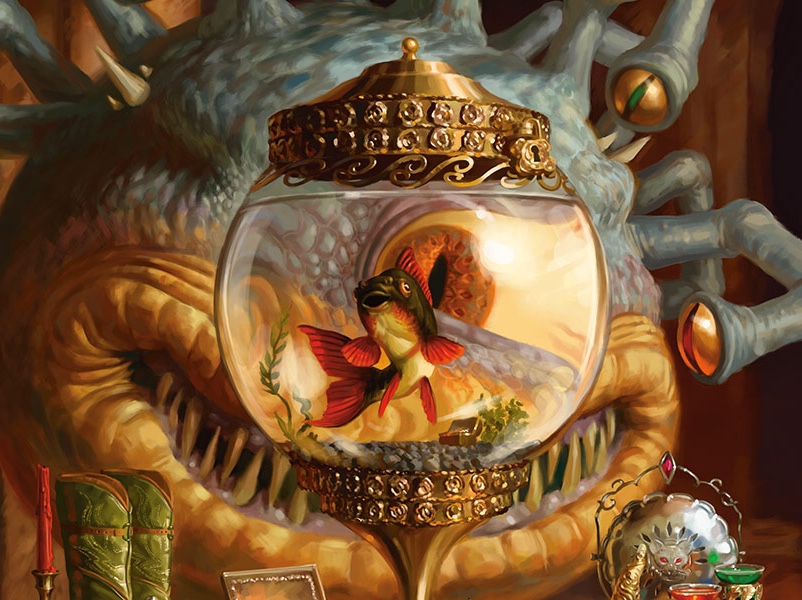 The 5th edition of Dungeons and Dragons has been out for awhile now and Wizards of the Coast have been pumping out new content for the iconic game. Wizards of the Coast has released several pre-made campaign books and books like the Monster Manual And Volo’s Guide to Monsters to give players new things to do and fight year round. However, the newest book, Xanathar’s Guide to Everything is the first major content book for 5th edition in terms of rule expansions and new materials for both Dungeonmasters and Players.

A bit of class 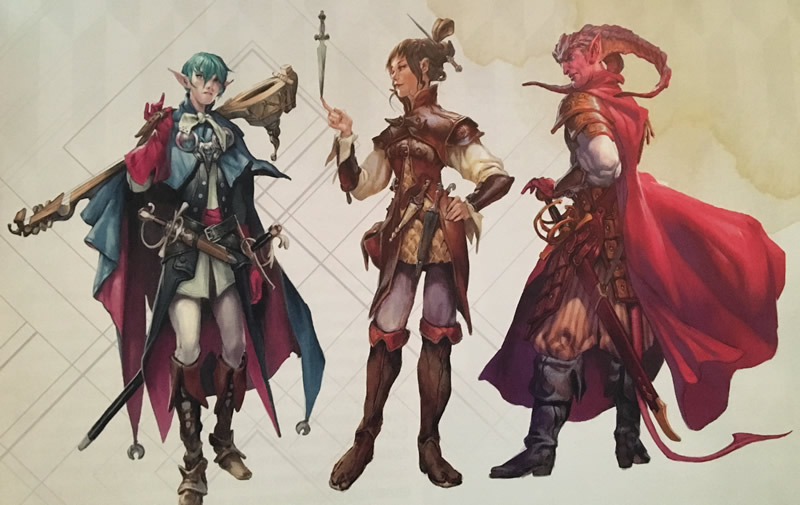 The big selling point of Xanathar’s Guide to Everything are the new class archetypes, offering players new class abilities for the first time since Sword Coast Adventure’s Guide. The amount of new class content is great; each class gets at least two new archetypes except for the wizard. Each archetype offers something new to the classes and opens up the door for fresher and more varied characters. New class options like the Zealot Barbarian and the Oath of Conquest Paladin stray away from the usual stereotypes that the classes are known for, allowing for more creative characters. For example: monks who rely more on weapons than their fists and Warlocks who are bound to a celestial being as opposed to an evil entity.

Mechanically, each archetype fills a gap in the class’s possible roles, making it easier to serve multiple roles in a party without stepping on the toes of another class. A good example of this is the Celestial Warlock which can fill the spell-caster role while also serving as a dedicated healer, albeit nowhere near as specialized as a Cleric. Many archetypes give classes more versatility, allowing combat focused classes like the barbarian to serve a secondary supporting role when needed.

In addition to the new archetypes, Xanathar’s Guide also reprints four of the Player archetypes released in the Sword Coast Adventures Book. It’s good that Wizards did this since the Sword Coast content was fairly obscure compared to other 5E materials. It’s also great for Adventure League players, where rules only allow for the players handbook plus one additional book. This allows them easier access to certain archetypes without restricting them the way Sword Coast Adventurer’s Guide does. However, the choice of which archetypes got reprinted was a bit odd. Popular archetypes like Swashbuckler making the cut make sense; options like the Cleric’s Arcana Domain and the Warlock Undying patron being cut in favor of options like the Mastermind Rogue were odd.

Behind the DM screen

The Dungeonmaster isn’t left out either, as Xanathar’s Guide to Everything has new materials and tools for them as well. DMs will like the many random encounter generation tables in the book. Tables are broken up by regions, making it easier for DMs to plan encounters appropriate for their games. The book also includes a section on traps ranging from simple to complex. This streamlined system for trap design along with a number of sample traps can improve a dungeon crawl in ways other than fighting a big monster.

There’s a few situational rules in the book for things like waking a sleeping character and tying knots. Nothing you have to put into your game but it makes incidental things like calculating fall damage on a flying creature easier. These rules are optional, so you don’t have to use these rules if you don’t like them. There’s also several other tables for enemy characteristics,  rivals, and more that DMs can use to plan new story additions and improve loot distribution. 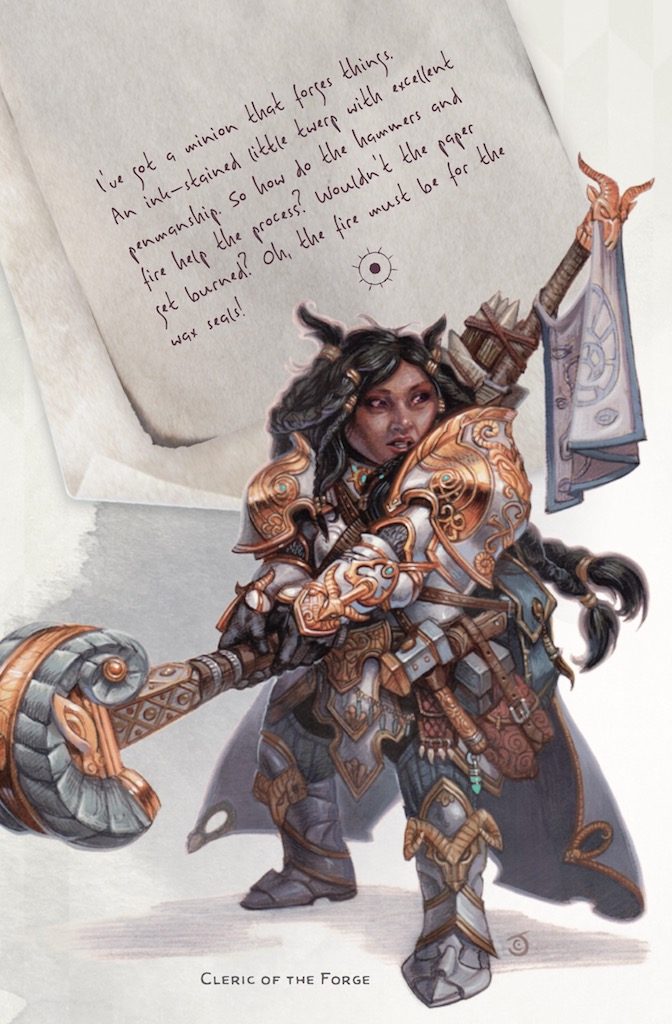 The titular beholder Xanathar offers his insight throughout the book in the form of notes and quips,

Xanathar’s Guide introduces common magic items to the game. These are magic items nowhere near as powerful as regular magic items but have a fun, often harmless, power. They’re great when giving out loot to players, throwing in a dread helm or a wand of smiles to spice up a bandit’s treasure stash beyond just gold and a +1 weapon.

The tool kits from the base players handbook get a few pages detailing how they can be used in crafting and better utilized in general. I usually found tools to be underused. So having more options and examples definitely gives more incentive for players to use artisan tools and kits beyond just unlocking doors or brewing.

Each class also gains a number of new flavor options to flesh out their backstory or give some depth. The book has several tables with examples of options such as a fighter’s mentor or a paladin’s nemesis. They’re completely optional features that can help players flesh out their characters without having to write a 3 page backstory. And speaking of backstory, the book includes a series of tables specifically for generating a character’s background. I can easily see this table being very useful, helping newer players set up their character’s personality and history. 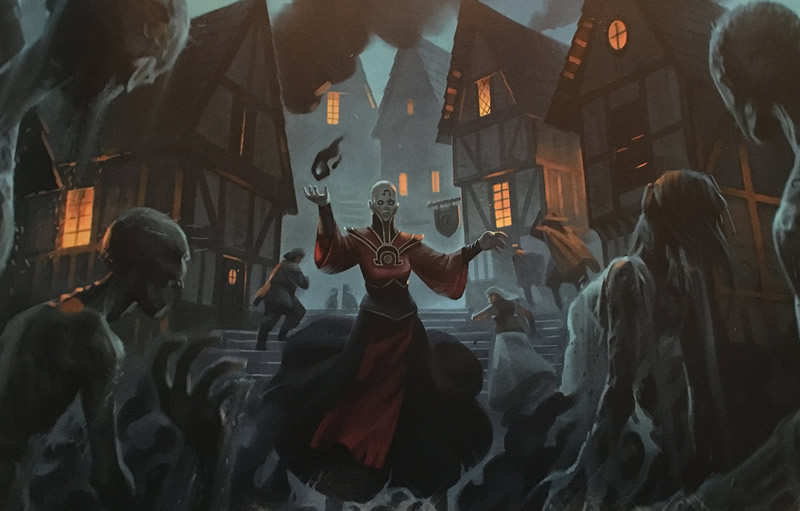 New spells like Dance Macabre give more potions to wizards, warlocks, and sorcerers.

Xanathar’s Guide has plenty of new spells for all of the classes – some more than others. The Arcane spellcasting classes get a bunch of new spells to add to their arsenal. Most of the new arcane spells are reprinted from the obscure Elemental evil supplement. It’s good to have these spells collected for easier access though, and there’s enough new spells to justify the purchase. The Guide adds many new summoning spells, necromancy spells for less moral characters, and even a sorcerer exclusive spell.

The spells are good when playing a Warlock or Druid but divine spellcasters get the short end of the stick. Clerics only get 5 new spells and three cantrips, much less than their arcane counterparts, and Paladin only gets three new spells. I get that Paladins aren’t as magic dependent, but having more options would be nice. Even a new smite spell or two would have been great. Instead they get the ceremony spell, because nothing says holy knight like being able to magically marry people.

What it doesn’t have

Xanathar’s Guide to Everything definitely has a lot of content, but it doesn’t have everything. There are no new races and only one new monster, which is part of a spell. However since Volo’s Guide came out last year it’s not really necessary. There are no new Player backgrounds in the book. With all the new archetypes it’s surprising that we didn’t get any new backgrounds to go with them. There are no new items aside from the common magic items, which might disappoint a few people who were hoping for a new weapon or tool.

Then there are some areas where I think the Guide adds too much information. The biggest example of this is at the end of Xanathar’s Guide: there’s a list of names for each race. At first this doesn’t sound too bad, but this section is 17 pages long. That’s 17 pages of just names. I don’t think we need 17 pages of character names, especially when those pages could have been better used for other materials.

Overall, Xanathar’s Guide to Everything is a great addition to 5E. It offers a lot of new archetypes, DM tools, and other materials to spice up your Dungeons and Dragons game. What few flaws it does have will not inhibit one’s enjoyment of the book, nor devalue any of its content. I wouldn’t recommend this to anybody new to the system. However, if you are experienced with 5E and tired of the base Player’s Handbook options, then I highly recommend adding this book to your collection. Xanathar’s Guide to Everything is the 5E content book that players and Dungeonmasters have been waiting for since the beginning and I hope Wizard of the Coast continues to produce more content like this. 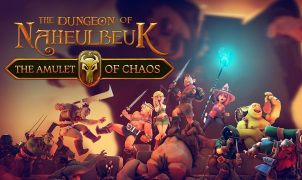 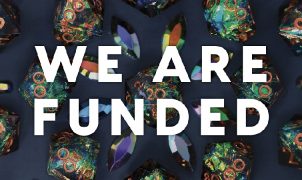