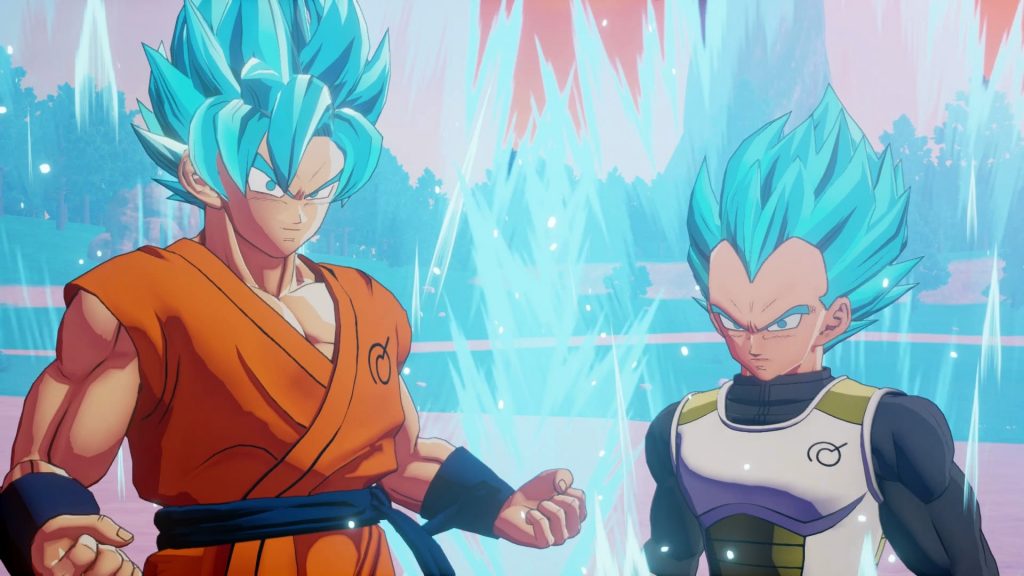 All Shiny and Brand New

I am absolutely a huge fan of the DRAGON BALL franchise. Honestly, it’s near impossible to find anyone who doesn’t know and love this long-standing fan favorite. When Bandai Namco released DRAGON BALL Z: KAKAROT in January of this year, I was completely ecstatic since I never had the chance to play DRAGON BALL Z: Super Saiya Densetsu or any of the other role-playing titles. While KAKAROT didn’t exactly live up to all the hype, it was still an entertaining experience that gave fans the chance to play through, retcon, and relive some of their favorite moments from the series. After giving the game a bit of a power-up with the A New Power Awakens Part 1 DLC, which took us through a more eventful interpretation of DRAGON BALL SUPER’s Battle of the Gods saga, CyberConnect2 has tapped into their ki reserves and transcended their limits even further with A New Power Awakens Part 2 DLC. 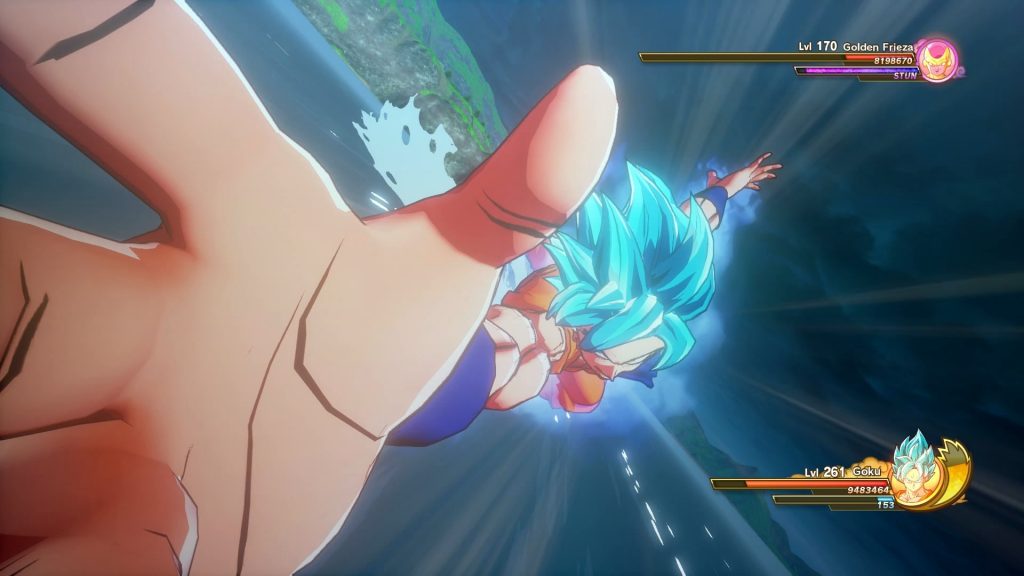 The intergalactic emperor of evil is at it again. And we all know what Freiza wants: those blasted monkeys’ lives ended by his hand. The latest dose of content will take you through yet another one of my favorite DRAGON BALL SUPER sagas, the Resurrection of F (Fukkatsu no ‘Efu’). That’s right, ladies and gents, we get to kill Frieza all over again! Following the movie’s events with some slight changes, Frieza and his cronies are brought back by Earth’s Dragon Balls. This time around, with the help of some old faces, they mean business.

After a bit of training to achieve his new form, Golden Frieza seems ready to take down his most hated rival and destroy the planet while he’s at it. After a slew of cutscenes and some training sessions with Whis, you finally get to the meat and bones of the new content. You’ll start off taking on the Frieza Force with two different parties led by Gohan and Piccolo. Here you’ll get the chance to try out the all-new Horde Battles, or do like I did and beef up your characters for the challenges ahead. Much like their glittery nemesis (seriously, why gold?) Goku and Vegeta have been hard at work, doing what they do best and achieving yet another transformation. It’s the godly powered Super Saiyan God Super Saiyan AKA Super Saiyan Blue. Once the heroes master their new powers, they’ll have to make a mad-dash home to do what they do best: punch bad guys, screw stuff up, and somehow still save the world. I guess the Saiyan way is the only way. Once the two powerhouses finish laying the smackdown and restore the peace in the universe, everything opens up. The world becomes a giant training playground where you can take your free time to boost all of your characters to level 300 or make your way through added sub-stories and new boss fights.

100 Weaklings Are No Better Than 1 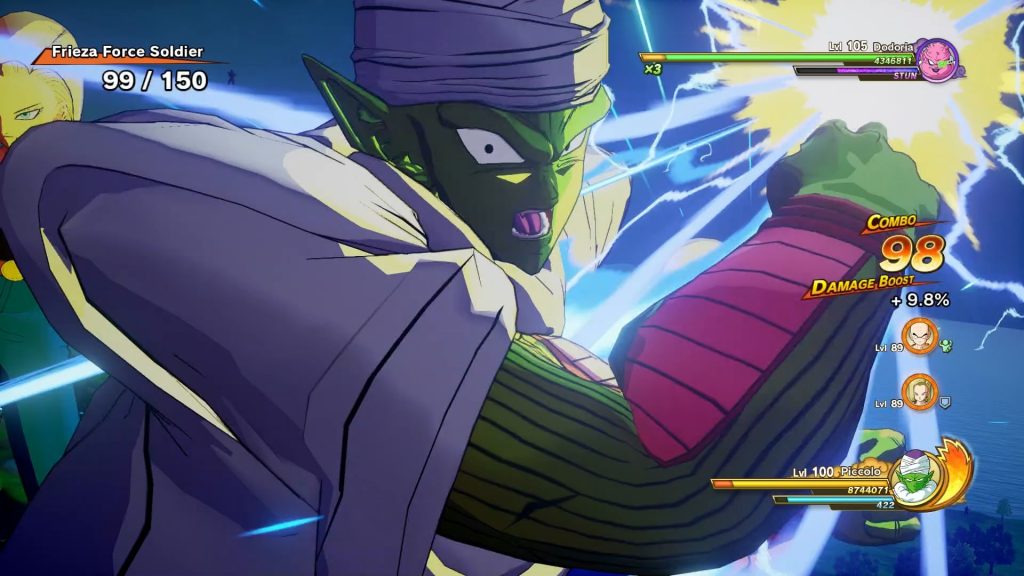 The new sub-stories added a much-needed boost to the plot’s power level this time around. You can see the developers really wanted to push the storytelling further than they did in the previous DLC chapter. Once the heroes finish taking out the trash again, Goku and co. will then begin a short series of quests, which expands on the DLC’s ending a bit more. This gives players a more detailed explanation into exactly how in the world Goldilocks makes it back for the third time and allows some old foes a chance to try and settle their grudges. With all that said, it’s the Horde battles that were my favorite.

Giving us a nice reprieve from the standard “random encounters” you have to deal with while searching for items, Horde battles were a tremendous amount of fun. I couldn’t get enough of taking my best Z-Fighters and stomping the ever-living crap out of the waves of fodder in my way. Using my Z-combos after insanely long attack strings made it all the more exciting. A beatdown doesn’t even begin to describe how easy it was to run through the first boss battle with Frieza. Going in expecting one of the most rage-inducing fights ever, especially after trying to beat level 250 Beerus in the earlier DLC for literally three days, I was a little sad the scuffle wasn’t a bit more momentous. Nevertheless, there’s always a sense of satisfaction that comes from watching the disappointment of defeat wash over our favorite glimmering villain. The golden boy isn’t the only one getting a bit of a leg up in the added content. After you plow through some of the additional stories, the purple boss kitty along with Frieza are boosted to level 300, where you’ll need every new item and skill at your disposal to try and take them down. Lizard boy was a bit tougher, but he was nothing compared to the horror of Beerus hopped up on catnip.

Find Out Next Time On DRAGON BALL Z!!!!! 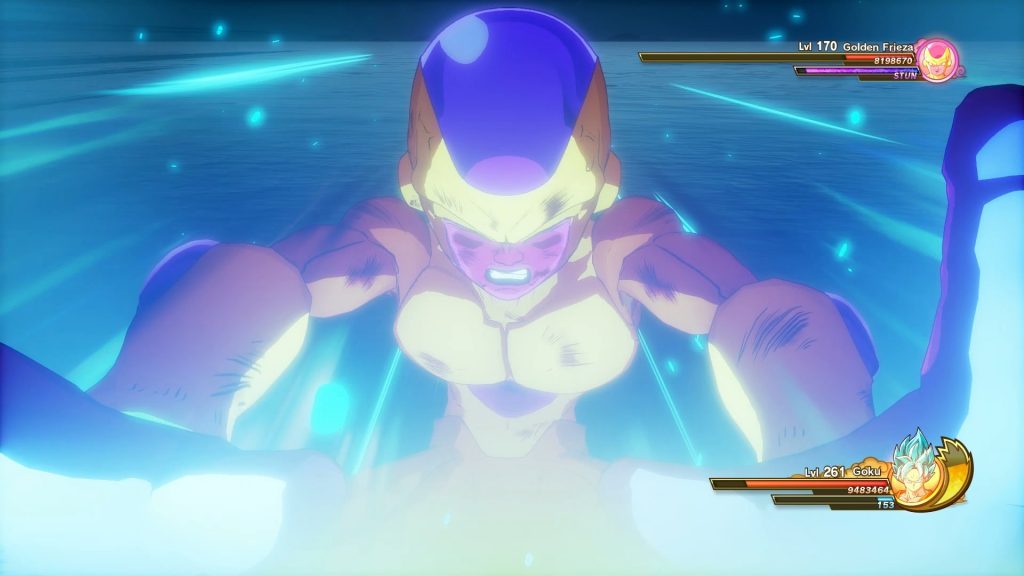 I’m honestly glad I waited until the release of both DLC to really dig into DRAGON BALL Z: KAKAROT. After completing the main story, I wasn’t compelled to do too much of anything else in the game. Yet, after playing this, I feel CyberConnect2 did a fantastic job of not only improving upon their game but delivering two of my favorite DBS stories in an exciting and fresh new way. It was a huge step up from what I had played in the beginning. Each new addition was fun, and leveling up wasn’t so much of a hassle anymore. The voice acting was just top-notch and an absolute treat to listen to. I’ll never get enough of hearing Masako Nozawa, Norio Wakamoto, or Ryūsei Nakao’s shouts and screams as they fire off their trademark attacks.

Overall the sheer jump in quality has made me genuinely enjoy the game in its entirety. And with one more piece of content set to be released, I can’t wait to see what’s next for Goku and Vegeta as they push further towards godly heights. So if you’re a DRAGON BALL franchise fanatic like me, don’t hesitate to get your hands on A New Power Awakens Part 2.

A review copy was purchased by the author. 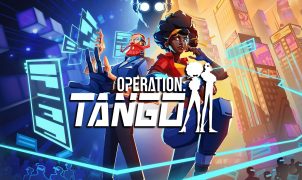 With clever puzzles, charming visuals, and novel gameplay mechanics, Operation: Tango is a great way to spend a few afternoons with a friend.