WarioWare: Get It Together! Review: Wario’s Latest Is Pure Gold 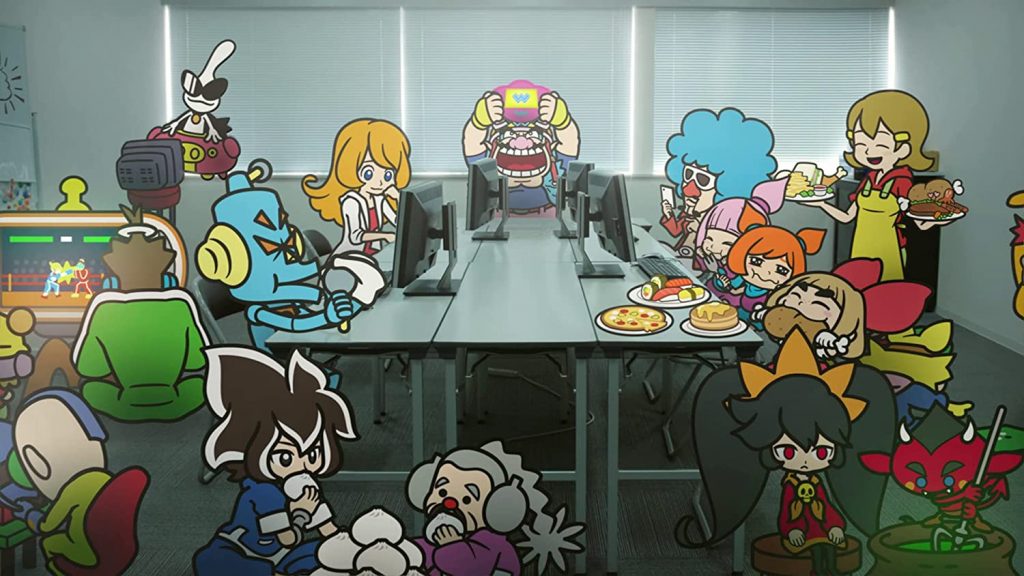 Wario’s video game company is back in WarioWare: Get It Together! After working tirelessly to finish his latest masterpiece, something goes wrong, and Wario is sucked into his new creation, along with all of his friends. A glitch is running wild in the game, and the only way to get it back to normal, so he can sell it and get all the treasure he deserves, is to take that glitch on in a series of microgames. 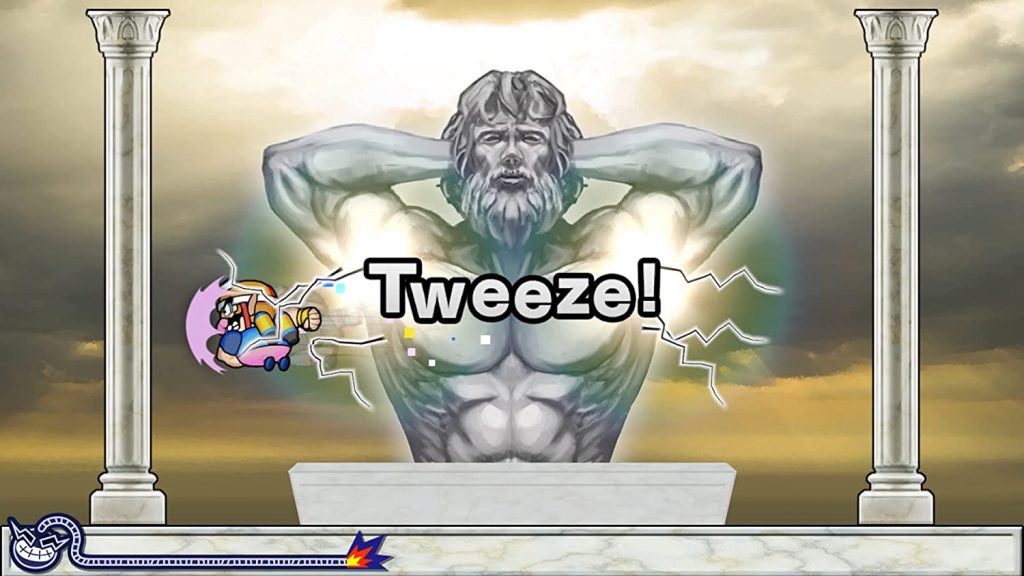 WarioWare has been throwing quick-thinking challenges at players for nearly twenty years, but WarioWare: Get It Together! puts a twist on the formula. In the past, you’d be thrown into a new level with no idea what to do. You might have to use any combination of buttons, motion, or a touch screen, depending on which version of the game you were playing. What you would do in those stages varied wildly, so there was no real way to prepare, at least until you played enough to learn the levels. Think fast or die.

That hasn’t entirely changed, but now you have one constant. Instead of acting effectively as the player of Wario’s creations, you’re now controlling Wario and his friends directly. You know who you’ll be controlling before the start of each game, so while you still have to figure out what the level demands, you know the input you’ll be using. 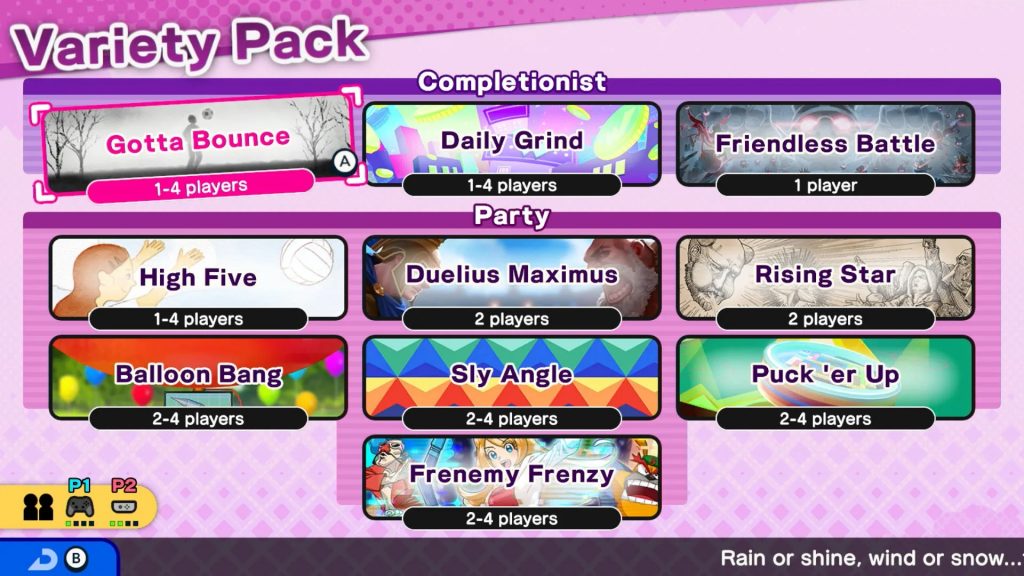 Each character is unique. Wario charges around with his signature rush attack. Mona flies and whips a boomerang. 9-Volt rushes around on a skateboard, whipping his yo-yo all over the place. While the story mode often requires you to use one character in your crew, you’ll generally have freedom to customize the rest of the group. With twenty characters to unlock, there’s a lot of variety.

Some of these characters are better fits than others for certain games, but I was impressed how the development team found scenarios that fit so many different play styles. Even when I knew how a level worked, it often took me a minute to figure out how to use my chosen character effectively to solve it. There are a ton of missions to choose from, all brand new due to the different nature of how you control the game, and they all retain the series’ insane aesthetic. 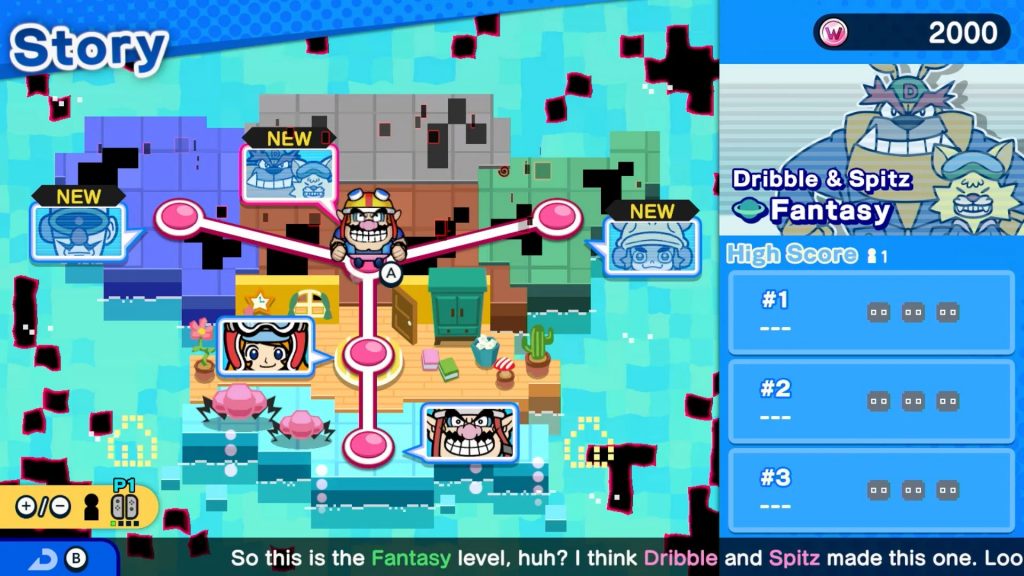 Story mode isn’t long, but it provides an excellent introduction to how WarioWare: Get It Together! works and unlocks all of the playable characters. Each level there ends with a boss fight, which pits your newest unlocked character against a scenario designed specifically for them. These are real highlights. Each level gives you a set number of lives, but don’t worry too much if you run out. You can continue for a very small cost. Players who want to challenge themselves can instead restart. I appreciate different players being able to choose the path that’s right for them.

Upon completing story mode, you’ll unlock a few more challenges with more characters to unlock. These aren’t quite as fun as the initial story mode due to a lack of bosses, though once you beat all of them, you’ll face one final boss fight where you’ll have to use the skills of your entire team. Maybe don’t neglect to play the characters who don’t grab you immediately.

Beyond story mode, there’s a decent amount to do. Variety pack provides some unique mini-games making use of the skills of your various characters. Friendless battle, for example, pits you in a fight against all of the other characters in an endless parade to see how long you can survive. Some of these are just expanded or remixed versions of the game’s core microgames, but they still provide some welcome variety. 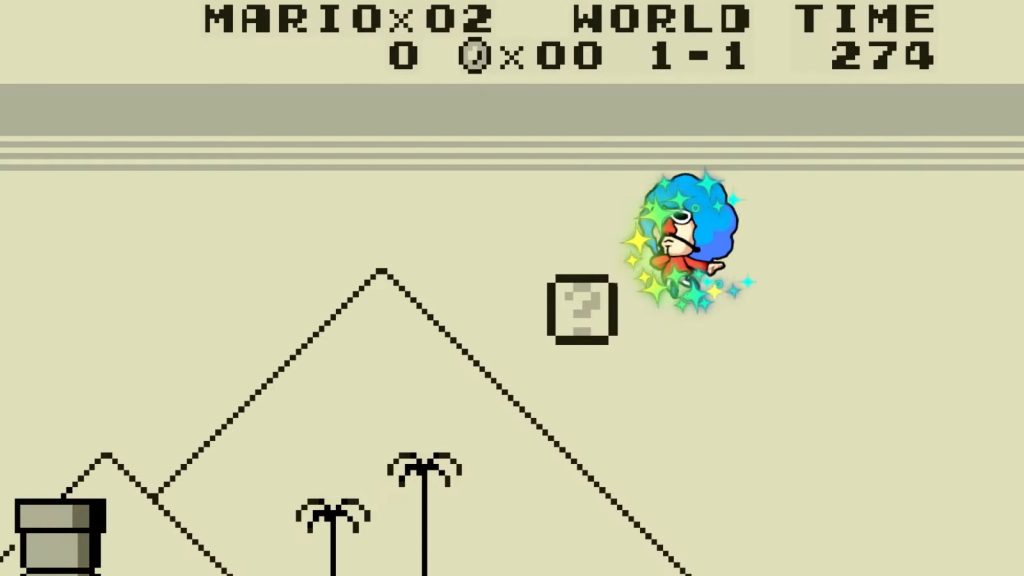 Wario finally comes up with some treasure, too, in the form of “Prezzies” you can unlock to give to your team. Purchasing these from a daily selection or unlocking them in a weird gumball machine of madness, they allow you to build a relationship with your team and unlock new color options and art pieces for everyone. It’s not the most essential option, but you do ultimately get a lot of options to customize everyone. A selection of missions is effectively an in-game version of achievements. They’re nice bonuses, though, at this point, it just feels weird that some Nintendo teams clearly like the idea of this sort of option, but Nintendo refuses to implement a universal solution.

While almost the entire game can be played by two players or more, real online play would have been a nice option. Why Nintendo still lags so far behind other developers in online options for multiplayer-focused titles, I’ll never understand. You do have the Wario cup, a weekly rotating challenge that sets you up to fight for a high score. You can submit your ranking online to try to be the very best. It’s a nice option, but no substitute for actually being able to challenge other players.

WarioWare: Get It Together! isn’t the best game in the series, but the latest from Wario’s video game company is still a delight. With tons of variety, this is the sort of game I can see myself popping into for a quick session regularly for years to come. If you have friends to play with, this is an easy recommendation. Even without those, there’s plenty of variety to keep players coming back until Wario’s next creation is ready to go.

Full disclosure: This review is based on a retail copy of WarioWare: Get It Together! 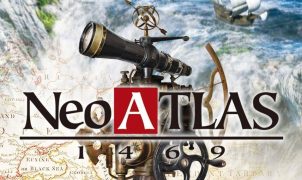