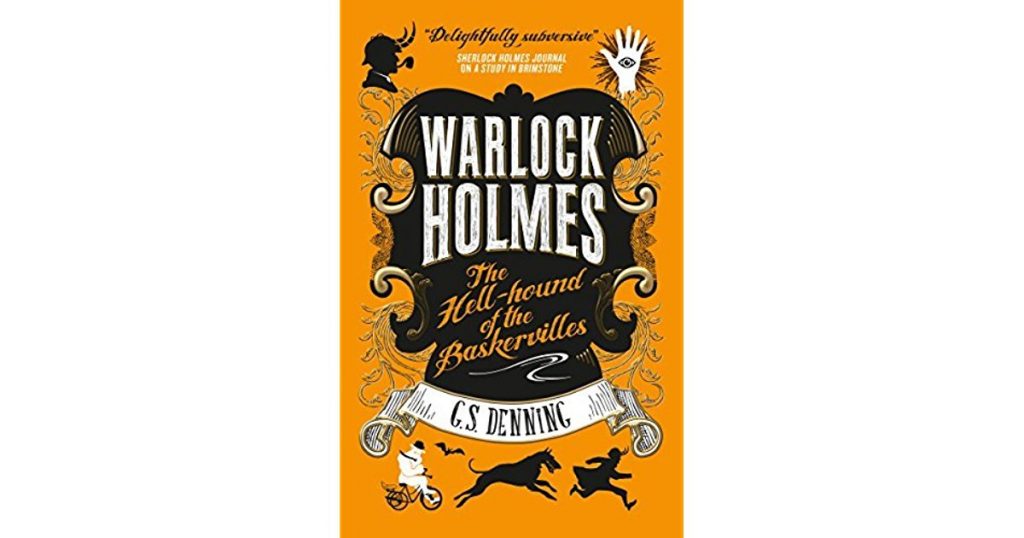 Not many who know me know this, but I am a massive Sherlock Holmes fan. Having read all the short stories and novels in middle school, the series quickly became an obsession. I’ve watched every episode of Sherlock, a few of them more than once. Around the same time as the books became part of my life, so did the cartoon Sherlock Holmes In the 22nd Century: a very early morning weekday cartoon. I’ve watched the old black and white televised episodes with Basil Rathbone, and even found questionably translated versions of the Russian Sherlock Holmes television show. Both the Robert Downey Jr. movies, blu ray and DVD, are in my library. I have been to the Sherlock Holmes museum in London which actually resides at 221B Baker Street. I have. Never. Watched. Elementary.

I could go on, but my Editor would probably be unhappy about that. Regardless, it must be stated that when I say that I am a Sherlock Holmes fan, you must understand how much I love Sherlock Holmes.

Naturally, upon hearing about this series, I was ecstatic. Expecting something along the lines of a Jonathan Strange and Mr. Norrell story where the practice of magic is distinguished, widely known, but rare in application. Apply Sherlock Holmes, Doctor Watson, and the lesser known menagerie of characters from that world and voila! A masterpiece in the making, right?

You Know My Methods, Watson! 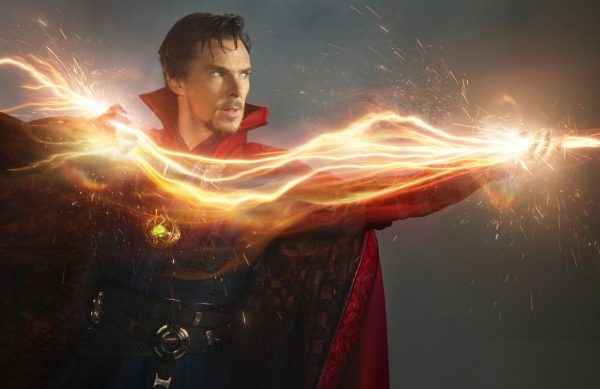 Yes, obviously not really Warlock Holmes, but I dare you to argue this isn’t perfect!

Warlock and Sherlock are in theory the same person. I stress the “in theory” part. Where Sherlock is cold, calculating, and focused, Warlock Holmes is the antithesis. In every way. The genius of Sherlock does not exist within Warlock, and that is probably the great disappointment of the novel for any newcomer fan. On top of that, much of the mystery solving falls to the good doctor John Watson. Any solutions that Warlock himself stumbles upon are merely accidental.

Still, that is not to say that the book isn’t good. It is, in fact, quite amazing. Reading it side by side with the original stories made me realize that they were in fact, in their own way, kind of bloody brilliant.

The Game is Afoot!

Sorry, this joke is probably getting old.

Fans of the world’s most famous detective will recognize the familiar short stories retold with creative allure and a smattering of ridiculous magic along the way. For example, Silver Blaze makes an appearance. Only this time as Silver Blaze: Murder Horse. This story revolves around the mysterious disappearance of a beloved race horse and his owner’s murderer.  With some not so clever deduction, and a lot of dead horses. Watson and Holmes are able to solve the mystery. There’s also a talking horse.

The Reigate Squires has been retold as The Reigateway to Another World, in which a carriage man is brutally murdered in an attempt to help squander land ownership between two neighbors. Meanwhile, The Solitary Cyclist is now The Adventure of the Solitary Tricyclist featuring the same lovely Violet Smith plagued by a slew of unwanted suitors. There’s also an ogre fight. A few tricycles are hurt in the writing of this story.

The most interesting change, aside from the titular title, was that of the story of The Beryl Coronet being reiterated as The Adventure of the Blackened Beryls in which all of the parties in question had a happy ending. In the original, this was not quite the case.

True to form, these four stories buffer the dive into the signature tale: The Hell-Hound of the Baskervilles. It shouldn’t be necessary to tell you the basis for this story.

The Curious Incident of the Dog in the Nighttime. 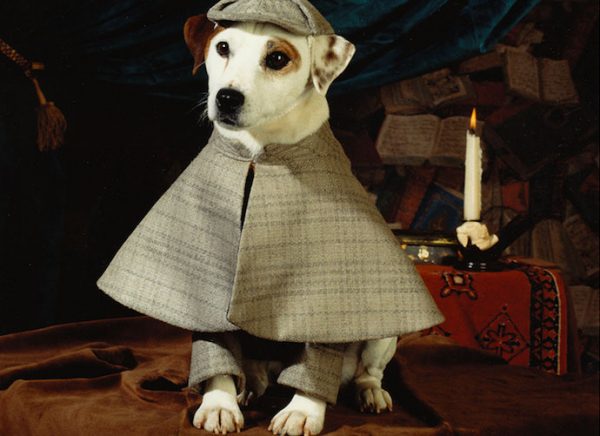 The true hound of the Baskervilles.

For as silly as the retelling of those original short stories got in this book, it was surprising to see how close to the mark each was, titular reworking of The Hound of the Baskervilles being the only exception.

G.S. Denning clearly enjoys having fun with Holmes and Watson respectfully, but has no trouble poking loving fun at the characters when the opportunity arises. Nevertheless, the friendship between to two is as clear as crystal, and comes to a delightful headway when we learn the origins of Warlock Holmes in the conclusive tale The Hell-Hound of the Baskervilles.

Needless to say, you’ll be as befuddled as the original Watson when it comes time to reveal the truth of this mystery!

Surprises abound in all of the tales, as one might expect from a series of mysteries. Throw in magic and a new perspective, and at times even I was surprised at the clever twists Denning applies to these old and familiar tales.

What’s more, none of these stories tax the reader be it in pace or prose. They are sharp, witty and while perhaps a bit overly silly at times, always enjoyable.

When you have eliminated the impossible, whatever remains, however improbable, must be the truth!

I started Warlock Holmes: The Hell-Hound of the Baskervilles quite giddy. I dipped quickly into disappointment when my expectations weren’t met, but then changed my tune.

Unable to state it enough, this novel was charming, amusing, and all around wonderful. My only complaint was how quickly I got through the whole thing. Naturally, I’ve already bought the first one (read Jay’s review here) and cannot wait to read the third when it’s finally published. If you’re a fan of the mashup culture that’s overtaking literature these days, are a fan of Sherlock Holmes, or simply want a wonderful, fun read, I cannot recommend Denning’s latest novel enough.

Full disclosure: this review was written based on a copy of the book supplied by the publisher, TITAN Books.