An Overload of Character Covers Some Familiar Mechanics 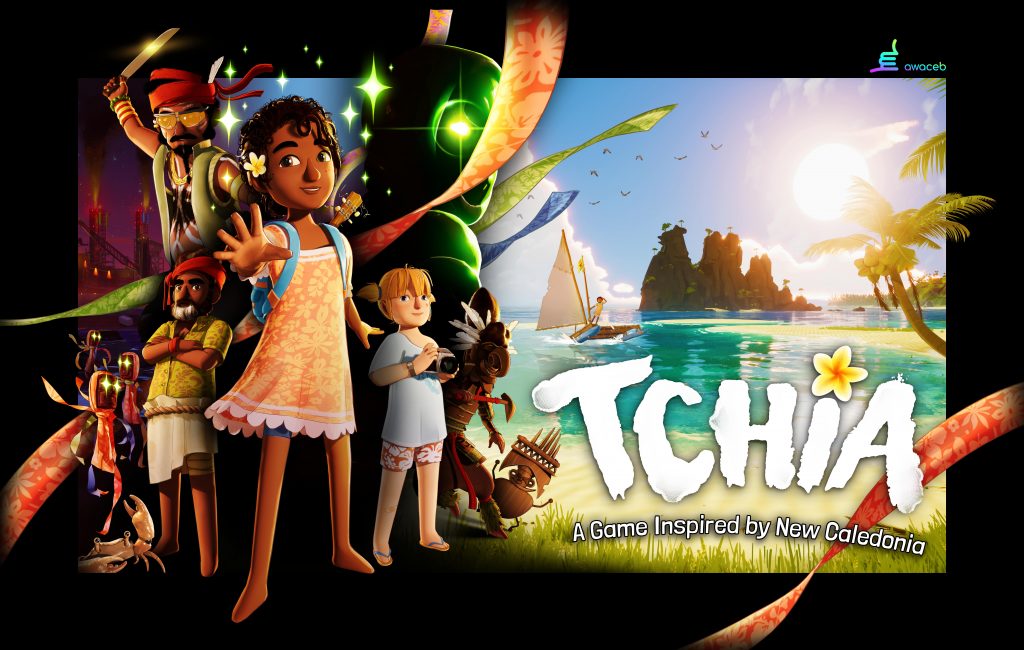 In some ways, Tchia feels like a lot of other open-world games. You have to find high points in the land to reveal other things to do in the surrounding environment. There are camps to find and eliminate, fetch quests all over the place, and a sailing mechanic, which is perhaps a bit too complicated for its own good. The development team behind Tchia have definitely checked out more than a couple of the Assassin’s Creed games or, at the very least, games that are derivative of them.

Yet despite in some ways being derivative, I came away from my time with Tchia extremely positive. While not entirely unique, Tchia is positively overflowing with the personality and character that so many games in its genre forget about. Inspired by New Caledonia, the homeland of development team Awaceb’s founders, Tchia is packed with a unique flavor, unlike anything I’ve seen in a game before. Whether it be the game’s beautiful soundtrack, characters who stand out immediately, or the voice acting in the local Drehu language, voiced by talent from the area, I consistently couldn’t wait to see what was beyond every hill. 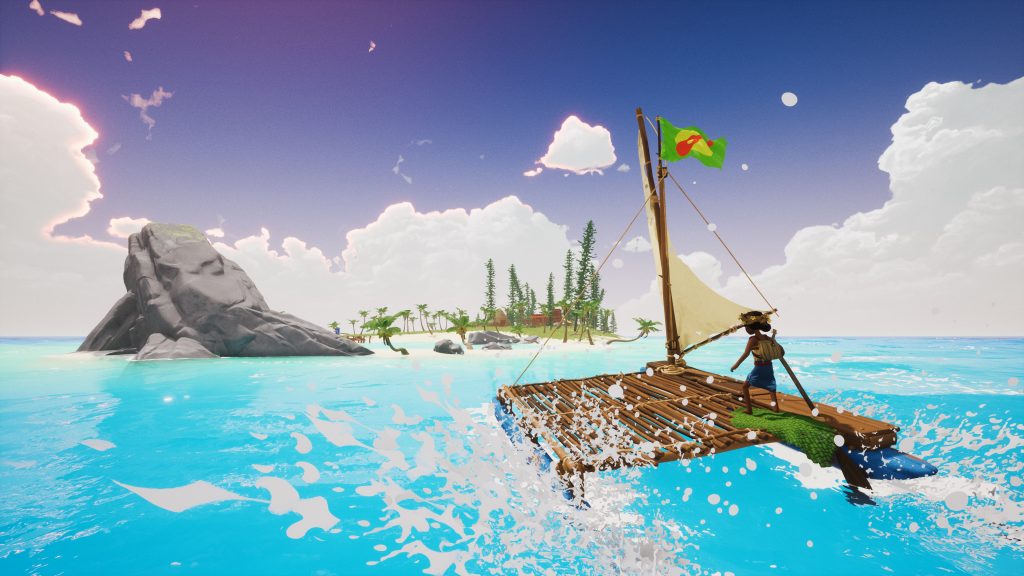 You play as Tchia, a young girl whose father has been kidnapped by the local ruler. He’s far from popular with the other people in the area either, so you’ll thankfully find others who are willing to offer a helping hand along the way. As you explore a series of islands, you’ll find a ton of ways you can explore and seek out everything you’ll need to reunite your family.

The demo I played of Tchia featured only one major landmass, as well as some of the surrounding area, but a look at the game’s map shows this is a significantly sized area and even moving across the area here took some time. You have a lot of ways to get around, whether it be swimming, free climbing in a way that feels right out of Breath of the Wild, gliding through the air, or zipping around on a boat which is a bit of a pain to pilot, though once I got the hang of it I definitely found it useful. 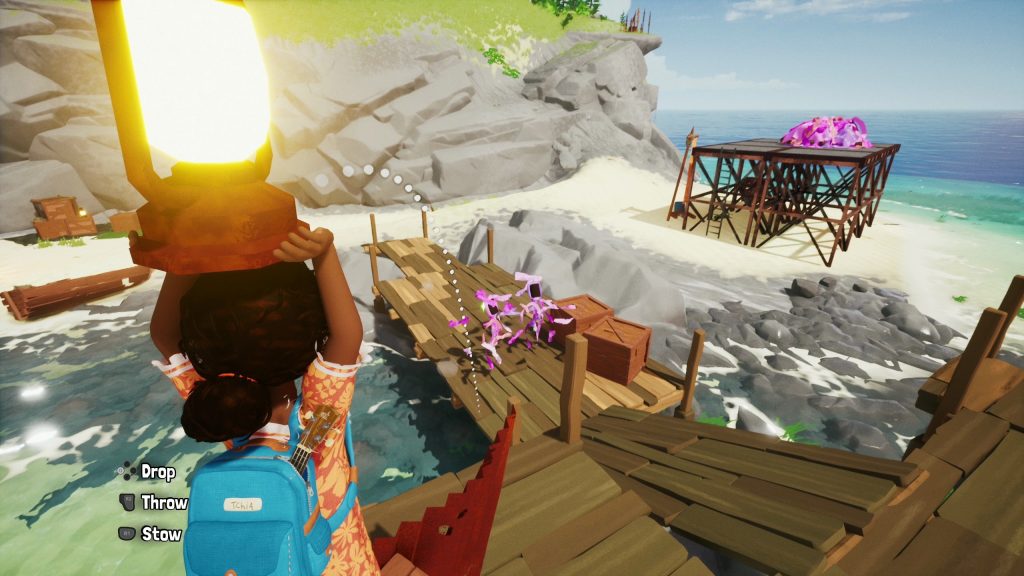 Or if none of those sound appealing, you could just turn into an animal or item. Tchia has the ability to soul jump into not only animals, but even items around the island. While Tchia herself could perhaps stand to run a little faster, it was rarely an issue because if I looked around, I could almost always find another option. With two buttons, you can jump into any nearby animal, and suddenly you have control of them. As a deer, I could do long jumps and run much faster. A dog allowed me to dig things up. Flying around as a bird was a great way to make good time. Even jumping into a rock allowed me to roll quickly along the ground. Using these various spirit forms opened up a ton of exploration options.

While I loved just exploring the island, I could have done with a bit more direction in the early going. I was dropped rather unceremoniously into the game, and while I was given an initial quest, more build-up to where I was and how to navigate this land would have been useful. Pulling up a map and a list of objectives did allow me to get at least an idea of where I needed to go, but finding the right icons wasn’t easy as even fully zoomed in the map still feels a bit small, and I found myself squinting to match objective signs to the tiny icons even once I went and grabbed my glasses. If Tchia is going to be the best game it can be, improving the somewhat confusing UI should be high on the team at Awaceb’s list of priorities. 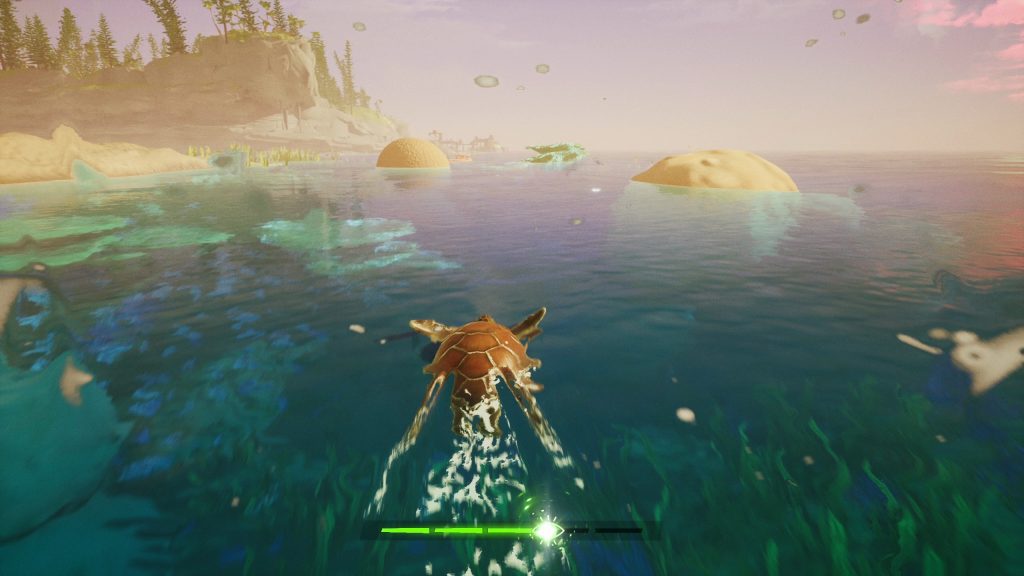 Even as is, though, Tchia is simply a joyful game. With beautiful art, fascinating mechanics, and a world which feels entirely singular, it has a soul all its own, even if many of its overall design owes plenty to other open world games on the market. Players looking for something a bit different should keep an eye out for Tchia when it is released later this year.