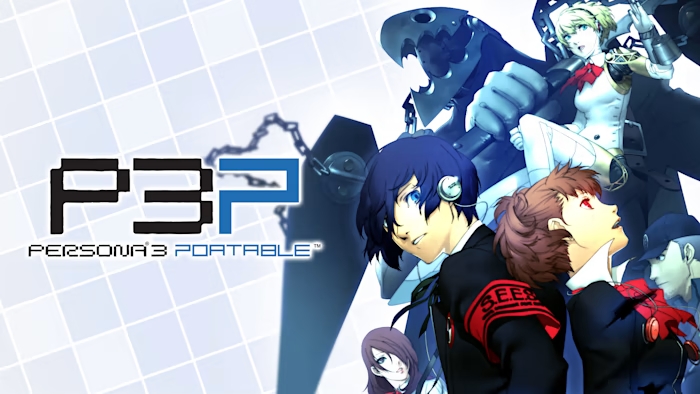 Every Persona title that ATLUS has graced its player base with has been special in its own way. The slick and stylish Persona 5 introduced us to what is hands-down the most complex and sophisticated Persona gameplay experience to date. And, of course, we can’t forget about Persona 4—the game which, in all of its goofy, mystery-solving glory, arguably kickstarted Persona fever in the west? But what about Persona 3…?

I’m not here to say that Persona 3 doesn’t have its fans because it does—and it has a lot of them. But I’ve always felt that the game never got a fair shake compared to its two successors. Of course, some of that is to be expected—a series tends (hopefully, anyway) to get better with each new release. But this game is so special in so many different ways, and I’d be quite sad if more people didn’t get to experience everything that it has going on. Fortunately, it seems like the people over at ATLUS feel the same way, as they’ve made the decision to bring Persona 3 Portable over to the Switch. And, boy, am I ever happy that they did. 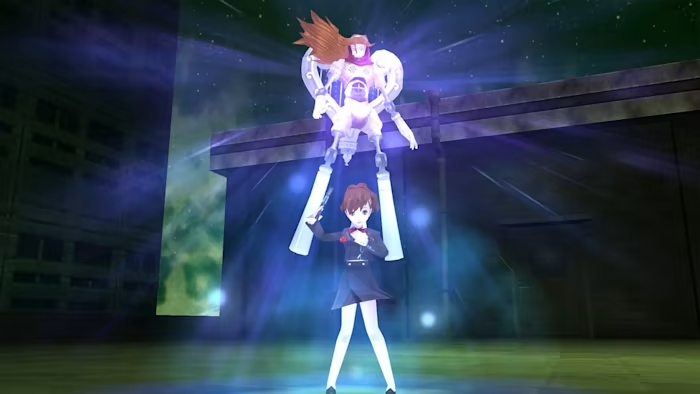 Given that Persona 3 Portable was originally released over a decade ago, I’m sure that most of you reading this already know what goes down in this game. Because of that, I’ll try to make this as brief as possible. Mirroring the contents of the original Persona 3, P3P follows the story of transfer Makoto Yuki—a second-year transfer student enrolling at the prestigious (and pretty darn fancy) Gekkoukan High. Makoto’s life hasn’t been an easy one, having thrown more death and loss at him than anyone his age should endure. Still, he’s determined to see things through and start life anew while living on Tatsumi Port Island. Little does he know, however, that his “new life” as leader of the Specialized Extracurricular Execution Squad (SEES) will soon throw experiences at him that’ll make normal high school woes look like a walk in the park.

See? I told you I’d make things quick! But, here’s the thing—I’ve really only told you half of the story. While Persona 3 Portable makes plenty of changes which help to set it apart from the original P3, the biggest change is the fact that it includes a new, playable female main character—Kotone Shiomi. Now, a lot of games that let you pick between male and female protagonists don’t really do much with said choice after giving it to the player—not Persona 3 Portable, though. Not by a long shot. While the overarching story of Kotone is the exact same (joining SEES, climbing Tartarus, etc.) as her male counterpart Kotone isn’t just a sloppily thrown-in “female Makoto Yuki.” She’s her own person, with her own unique personality and interests. Because of this, things like interactions with classmates, love interests, background music, and even certain social links differ from Makoto’s, making her journey feel refreshing and unique.

A Way of Life 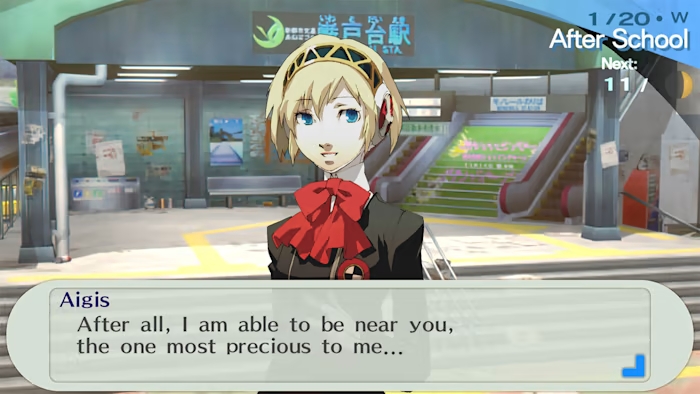 P3P borders on feeling like a visual novel at times, but I kinda dig it.

Persona 3, and its Portable protégé, marked a massive transition in how ATLUS would approach the series following the first three Persona games (no, that’s not a typo), shifting the series from essentially being “Shin Megami Tensei except it’s a little different” (no shade, by the way) to the Life Sim/JRPG hybrid that we know it as today. To that end, regardless of which of the three “modern Personas” was your first, you shouldn’t have any trouble getting into the swing of things with this game. But there are a few things worth noting—primarily, its simplifying of every single one of the game’s areas outside of Tartarus.

Persona 3 Portable, for those who may not know, is a remake of Persona 3—a remake for the PlayStation Portable. And the PSP, though an excellent handheld for its time, in my opinion, was most certainly not as technically capable as the PlayStation 2. Because of this, ATLUS had to compress and change around many things. Thanks to the major leap in technical capability compared to the PSP, the Switch version of P3P has been able to undo some of these changes—primarily where audio and visuals are concerned. But, sadly, this re-release can’t do everything. And that means that you’ll be using an interactive map to navigate around the entirety of Tatsumi Port Island instead of being able to explore it yourself (essentially making it a weird point-and-click-ish thing). At the risk of getting lambasted by P3 purists, I’m going to admit that the map never bothered me much. As cool as it is to be able to explore things in 3D, I never felt like I was missing out on a ton when they made the jump to the map—and Tartarus, the most important structure in the game, is still fully explorable. Hopefully, the map won’t be a big deal for you, either, but it’s still worth noting since it’s such a big change. 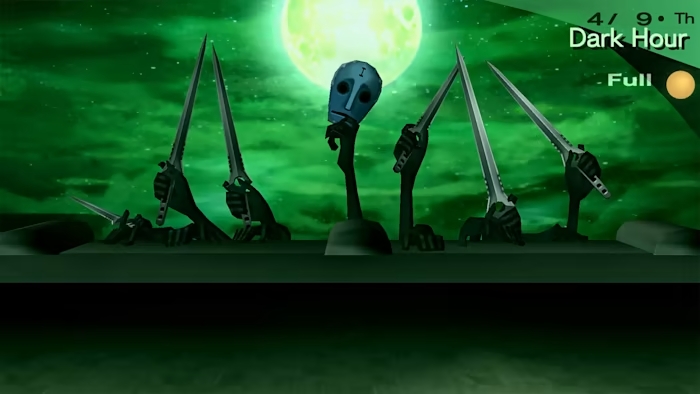 Shadows may not be quite as exciting as the demons that the greater Megami Tensei series is known for, but some of them sure do look cool!

Persona 3 Portable‘s turn-based combat is fairly simple and straightforward. However, depending on where you’re coming from in terms of prior Persona experience, it might seem a bit strange at first. The most significant difference between P3P (as well as P4) and the rest of its ilk in this scenario comes down to the enemies themselves. Contrasting the way things work in the classic Persona trilogy and Persona 5, you won’t be fighting the usual cast of demons in this game, but, rather, a new group of baddies known as “shadows.” When it comes to going toe-to-toe with these murky monsters, there really isn’t much of a difference between them and the more traditional foes. The standard SMT/Persona elemental system is in place—although there are three different kinds of Physical elements in this game—allowing players to take advantage of their enemy’s weak spots to deal extra damage, force them to miss turns, and initiate All-Out Attacks. Additionally, Persona 3 Portable lets you directly control party members—a feature that, for some reason, was absent in the original P3.

What really makes these non-P5 shadows stand out is the fact that they can’t be recruited. These shadows are essentially all mindless monsters, meaning mechanics like negotiation or enemies begging to be spared don’t exist. Instead, players obtain new Personas, and other helpful bonuses, via a post-battle mini-game. As much as I love Persona 3 and its multiple iterations, this method of Personas always paled in comparison to the original. It wasn’t ever a deal-breaker, and this is only helped by the fact that standard Persona fusion also exists, but I’m glad that they removed it after its two-game stay.

The years of Persona 3 Portable being in its prime at this point have long since passed. However, that doesn’t mean that the game is any less enjoyable or worthwhile than it was in its heyday. Carefully straddling the line between modern and classic Persona titles, Persona 3 Portable is a phenomenal title sporting an enchanting style all of its own and double the content of the original Persona 3. The argument between whether Persona 3 Portable or Persona 3 FES stands as the “ultimate Persona 3 title” is still something that goes on to this day, but Persona 3 Portable will always be the winner in my book.

Full disclosure: This review is based on a copy of Persona 3 Portable provided by the publisher.

Evil Genius 2: World Domination Review: One And Only Dominator Anytime I’m presented with a morality-type system or the chance to play the miscreant in a game, I can’t…