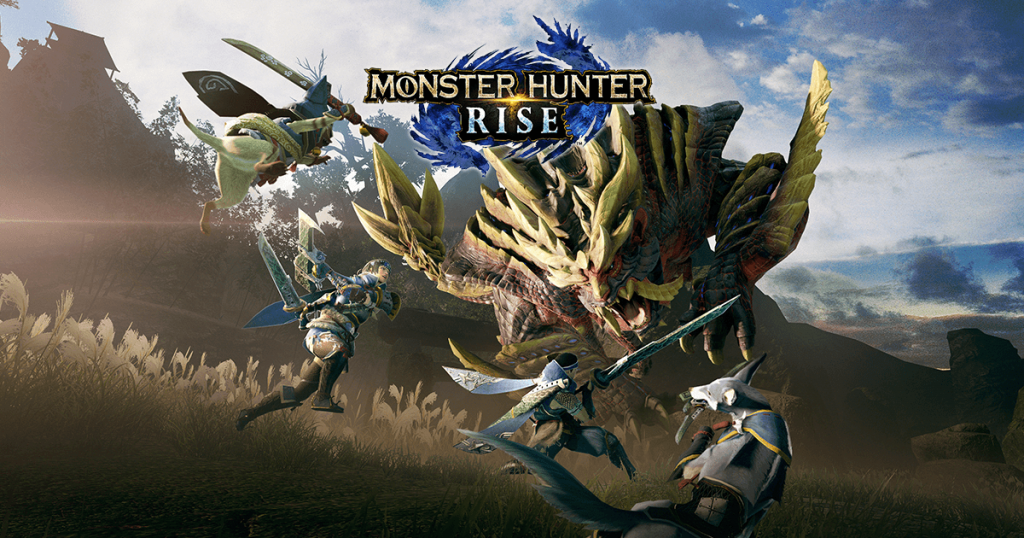 By now, I’m sure everyone is well aware of Monster Hunter, as it’s one of Capcom’s top-selling franchises, alongside Resident Evil, Street Fighter, and Devil May Cry. The latest entry in the series, Monster Hunter Rise, was released back in 2021 on the Nintendo Switch, with a subsequent PC port launching in early 2022. It only made perfect sense for Capcom to bring Rise over to PlayStation and Xbox after seeing the massive success of Monster Hunter World on docked home consoles. With that being said, I’m confident that the PlayStation 5 version is perhaps the best way to enjoy Monster Hunter Rise, thanks to ultra-high frame rates and silky smooth performance. Rise has managed to make me, a non-Monster Hunter fan, into an addict craving more.

Most Accessible Monster Hunter Yet 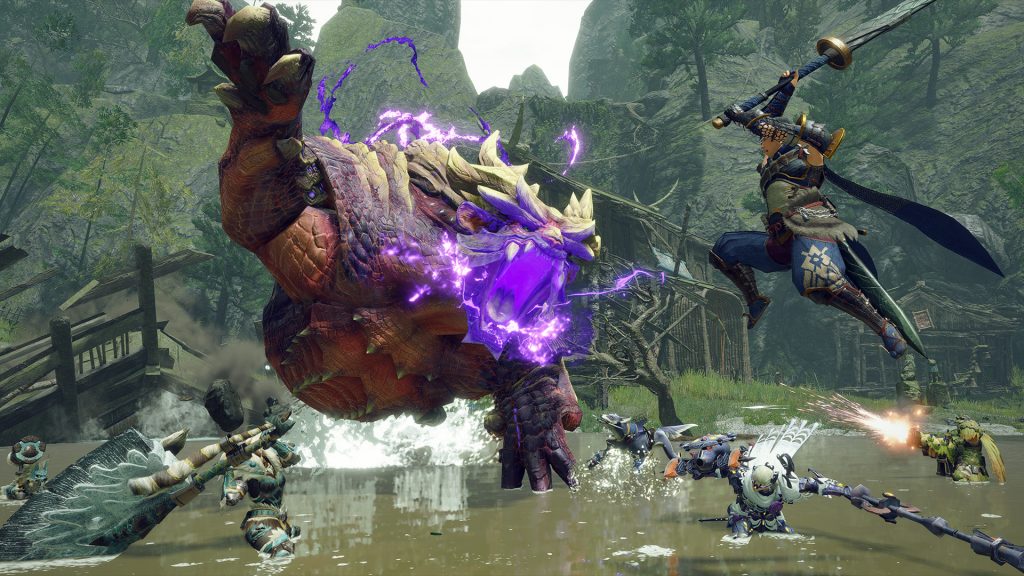 I’m someone who enjoys playing lots of games created by From Software, such as Dark Souls, Bloodborne, Elden Ring, etc. You get the point. I like challenging experiences, but Monster Hunter games are a whole different beast. Sure, on a high level, you pretty much do what the title of the game suggests: hunt monsters. But underneath is a complex system of mechanics and intricacies that undoubtedly come off as intimidating to newcomers to the genre. You will quickly find yourself overwhelmed with endless tutorial texts to read and non-intuitive controls to memorize. I dabbled with Monster Hunter World, but for some reason, it just didn’t click with me, and thus I had my doubts about Rise as well.

Capcom truly took me by surprise this time as Rise has managed to overturn my initial opinions of the franchise. The complexities are still there, but this time they’re presented to you in a slower-paced fashion, so you can truly digest each bite-size piece of information. Everything can also be found in the game’s neat menu, with detailed explanations and descriptions. Heck, the game doesn’t even truly start until you unlock High Rank, so everything you do from the beginning of the game in Low Rank essentially serves as a lengthy tutorial. It’s still not perfect, though, and I would be lying if I said I never felt a bit lost or confused during my playthrough. But the developers have truly taken a tremendous step forward in terms of onboarding and ramping up newcomers to their series of games. 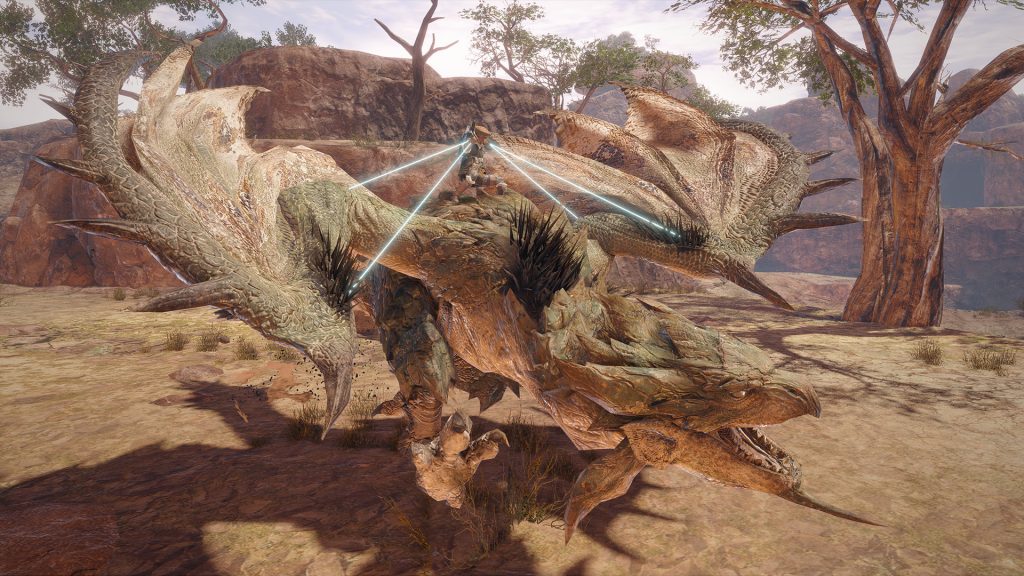 The Monster Hunter series has never been too focused on a detailed narrative, and Rise is no different. You’re a newbie hunter starting off in Kamura Village as it’s being rampaged by swarms of monsters that seek to destroy the town. You get sent out on missions with an increasingly more lethal monster to hunt each time. Climb your way up the ranks and become the best hunter the village has ever seen! While the narrative is nothing to write home about, I do genuinely enjoy the vibrant and colorful depiction of the environments and characters. The game features a heartwarming portrayal of Japanese culture filled with dangos, cherry blossoms, and kimonos. This premise also effortlessly sets up the newly introduced Rampage mode, which sort of acts as a tower defense mode where you protect the village against waves of monsters. Even though it doesn’t make too much of a difference, it’s nice that the PlayStation port features a more complete experience now that it’s bundled with the post-launch updates from the initial release. With a plethora of shops and things to do, Kamura Village feels like a lively central hub in which to recharge.

Hunt Monsters With Your Ride or Dies 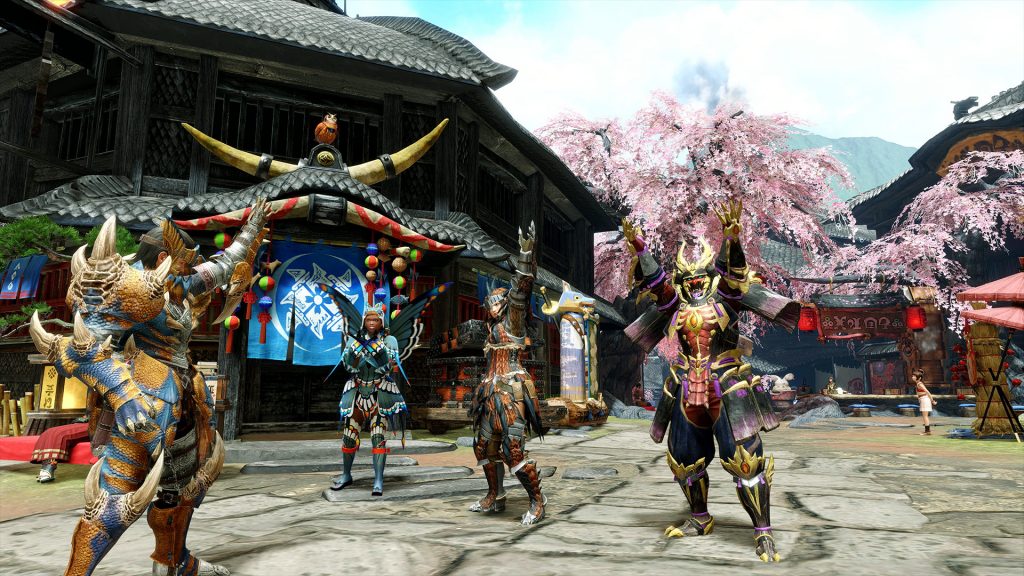 What is a big part of Monster Hunter is, of course, the combat! Rise features a whopping 14 different types of weapons, ranging from typical swords and shields to transforming charge blades and insect glaives. Each one features a differing learning curve and moveset, so it’s best to try each one out in the training area to see which one best suits your playstyle. Coming from the simple dodge-and-hit playstyle from Souls games, I had some trouble getting acquainted with the combat of Monster Hunter. It felt very clunky and slow at first. I had to learn the hard way that once you choose to attack, you’re committed to finishing the entire animation. But the principle of learning and respecting a monster’s behavior stays true here as it does in From Software titles. Spamming attacks gets you nowhere, and now you have to manage the weapon-sheathing mechanic in addition to stamina. It definitely takes some getting used to, but it feels so satisfying after everything clicks.

Accompanying you on the field are your adorable feline and canine buddies known as palicos and palamutes. They provide the much-needed support for you on the field, both in terms of cuteness and combat. Rise has completely elevated traversing through terrain during hunts as you can now ride your palamute as a mount in addition to utilizing wirebugs to swing your way across the environment. Monster Hunter is generally a multiplayer-heavy experience, allowing four players to team up together on a hunt, but Rise is surprisingly very solo-player friendly. Hunting monsters is, of course, exhilarating when you’re doing it with a pack of friends, but doing it solo is just as fun and enjoyable. The developers have conveniently separated solo and multiplayer missions into village and hub quests, so you know exactly what type of stuff you are headed into. Trust me when I say there’s a ton of content to experience, with the whole crafting system, Buddy Dojo, wyvern riding, or the sheer amount of monsters to hunt themselves. You’re better off looking for a comprehensive guide but just know that you are definitely getting your money’s worth. 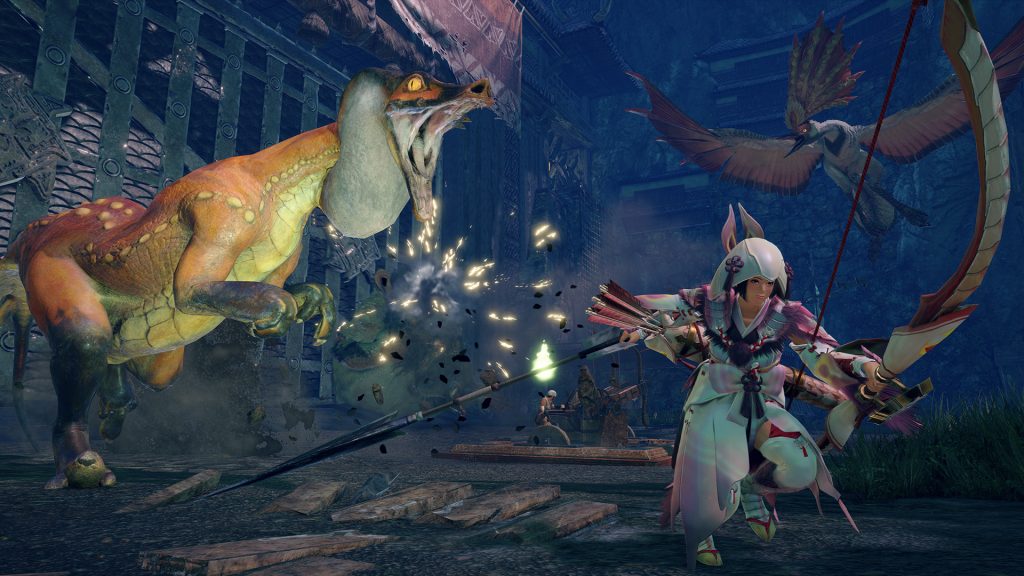 Monster hunting on PlayStation 5 is buttery smooth, with a whopping stable 120 frames per second on performance mode on a compatible display. Choosing this mode does wash out the visuals to 1080p, though. There is a graphical mode that prioritizes 4K visuals with 60 fps, but given that this is an action-heavy game, I recommend sticking with the higher frame rate option. The game also makes excellent use of 3D audio to allow for a spatial surround sound that adds more depth to your hunt. It also utilizes the DualSense controller’s adaptive triggers and haptic feedback for an overall more immersive experience. This is especially accentuated when playing with a ranged weapon such as the heavy bowgun, as you can feel resistance and feedback with each trigger pull. The initial load times from a fresh launch aren’t the fastest, as the game checks for downloadable content in addition to your save file, but it’s still decently quick. On the other hand, loading into the actual hunts, you embark on is super fast, thanks to the PS5’s SSD.

What’s nice about the launch on PlayStation consoles is that the game comes with all the previous title updates it has received since its initial release. This includes collaborations, quest events, and new monsters to hunt on top of the content that’s already in the base game! It would have been nice to see the massive DLC Sunbreak release alongside the PlayStation port but rest assured, as it’s coming in the near future of Spring 2023. Capcom even decided to throw in a pretty neat beginner armor set and talisman for new players to have a smoother time in the early game. If you’ve been putting off playing Monster Hunter Rise for whatever reason, then playing it on PlayStation 5 is the definitive way to do so, especially if you are coming from Monster Hunter World. For the amount of content here, the game’s priced at a humble $39.99, compared to the $69.99 price tag for most new triple-A games. Unfortunately, there’s no cross-play between platforms and playing online on PlayStation requires Sony’s online subscription service, but that’s nothing new.

I came into Monster Hunter Rise with a little bit of hesitation, as I was never really into this series of games. The learning curve is high, and the controls felt unintuitive when I tried out World back in the day. Fortunately, Capcom has made Rise the most accessible entry to date, with in-depth tutorials and a well-paced ramp up of mechanics. All the while, it retains an extensive experience for veteran players to dive deep into and enjoy for countless hours. With fast loading times, an impressive 120 fps mode, and added immersive features, Monster Hunter Rise on PlayStation 5 is a must-play for any fans of the franchise and newcomers looking to get into the hobby of hunting monsters.

Full disclosure: This review is based on a copy of Monster Hunter Rise provided by the publisher.

Henry Yu
Soulsborne & horror fanatic with a dash of JRPGs sprinkled in. Huge sucker for OSTs too!