Tactics Ogre: Reborn Review: War, What Is It Good For? 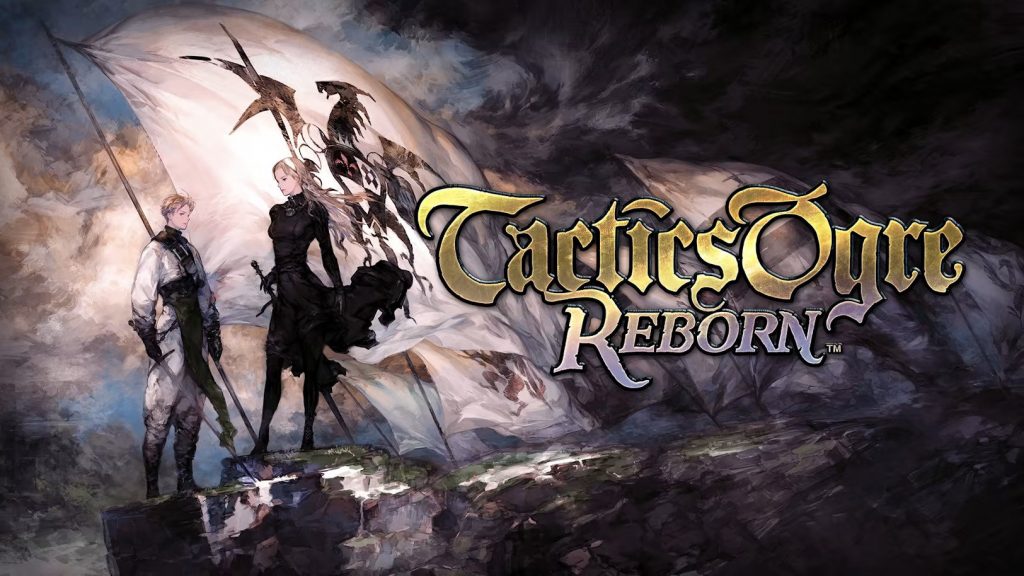 I love seeing an old favorite brought back for modern audiences to enjoy. Tactics Ogre was a standout title in the late 90s, at a time when strategy RPGs were far more niche than they are today. We’re talking about a time when Nintendo wasn’t even considering localizing Fire Emblem. Games like this and Final Fantasy Tactics were major factors in the growth of the genre, and it feels right that Square Enix has gone all out in modernizing things with Tactics Ogre: Reborn. Fans should go in with the right mindset, however. Some nice quality of life changes help things feel a bit more modern, but this is still very much a game out of the past. 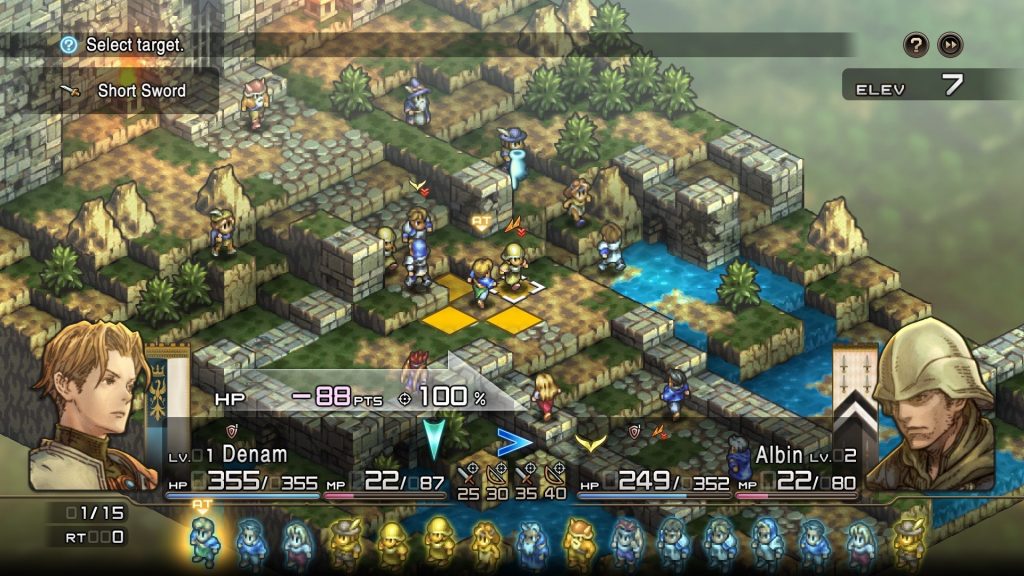 Tactics Ogre is, first and foremost, a game about war. Denam is a young man who wants revenge for his family who died in the war, with only his sister Catiua surviving. The two of them, along with their close friend Vyce, plan an attack on what they believe is the general who ransacked their village, but find they were mistaken. While they make peace with those they were going to attack, this still leads to them being swept up in the war itself.

Players familiar with the story of Tactics Ogre will find no surprises in Reborn. This is still the same story, complete with branching paths and a ton of exposition. While the translation is excellent, there is a lot to keep track of, and at times it can feel like a lot. Tactics Ogre does an excellent job of developing its core group of characters, but I did often wish that the rest of the cast would receive equal treatment. Most other characters join you and then feel like they’re along for the ride. Still, the overall story is never less than interesting, and some of the choices you have to make are rather stunning even after all these years. 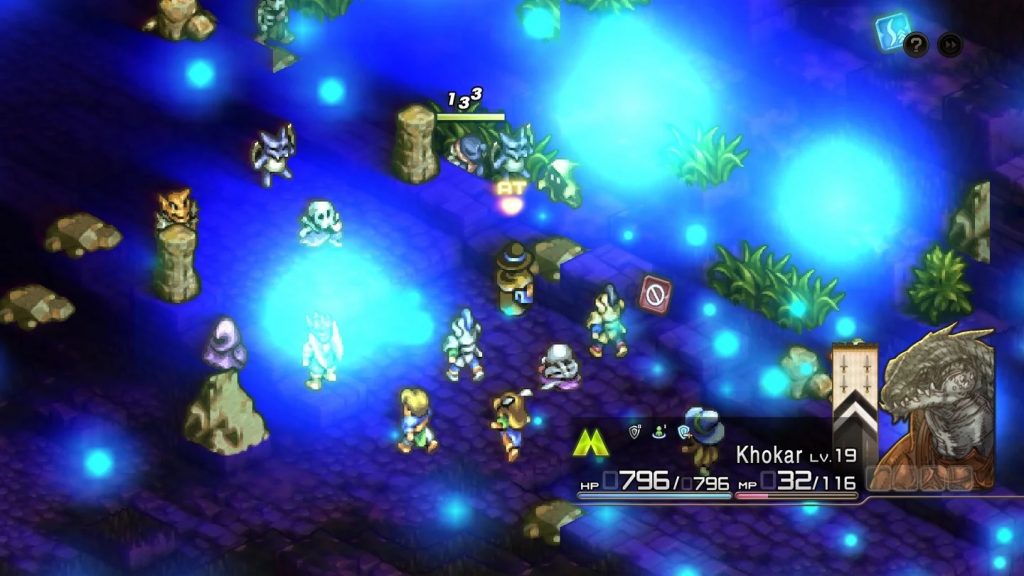 In combat, this is a rather traditional strategy RPG, but it executes a lot of the small details better than many games in the genre. Levels frequently feature various levels of terrain in a way that requires you to really account for it. Terrain and your own allies can get in the way of ranged attacks, meaning positioning is essential. You also have a lot more interesting win conditions than just kill all enemies. Frequently killing all enemies isn’t even practical. This is a strategy RPG where you actually have to use strategy.

While this remake is mostly familiar, a few changes have happened in battle, which have mixed success. The biggest change is the addition of new stat buffs that randomly spawn throughout battles. These can majorly swing battles, and hunting them down matters a great deal. They’re interesting and not inherently a problem, but I do feel like the balancing done around these buffs has made battles drag a bit more with attacks without these buffs being weaker. This leads to longer battles, and they always took a long time. The new rewind feature at least helps you salvage battles which have gone wrong, crucial considering how long these can take. They’re less useful when you realize the mistake you made happened five turns ago, when twenty units might be moving each turn, but it’s still a nice option. Tactics Ogre: Reborn is still a hard game, but it’s now more forgiving. 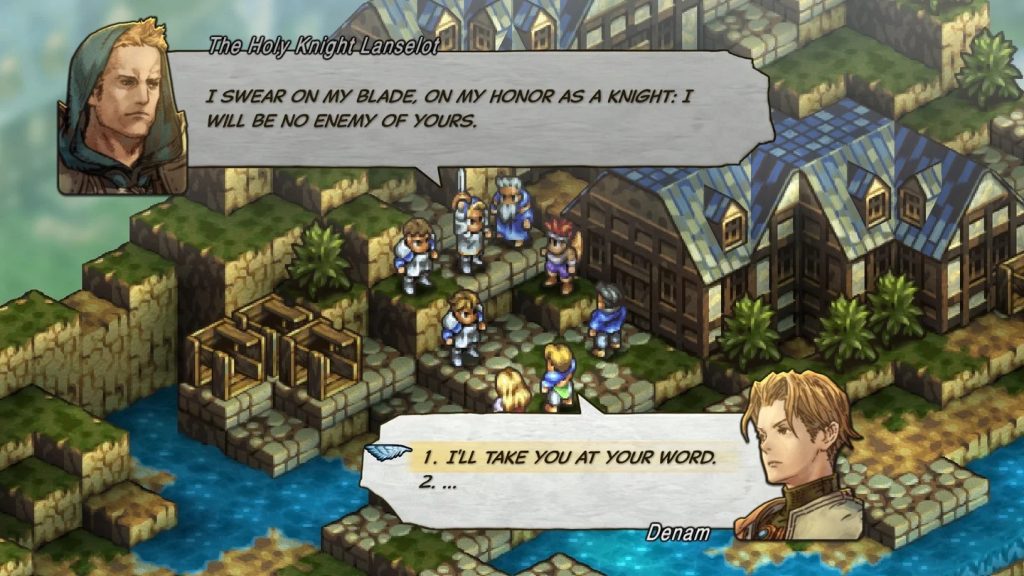 Outside of battle, the biggest change is a new maximum level cap for your team, which rises over time. What this does is put a limit on how much you can grind, meaning you’ll have to strategize to win and not just grind away. That doesn’t mean grinding can’t help you, but it is much less necessary. Units now level individually and not just with their class, and class changes don’t reset their levels like in past versions of the game, leaving you far more free to experiment with character classes. You’ll eventually have many classes to play with, which can help you build exactly the team you want.

While some of these changes are welcome, there are places where Tactics Ogre still shows its age. Battles are incredibly slow to start, requiring multiple turns before action really gets going. You’ll also spend far too much time in menus with every little thing needing to be customized and set up, from equipment to spells to skills. This allows for a great deal of customization, but it’s a lot, and I often wished I had more information when making choices about equipment in particular. 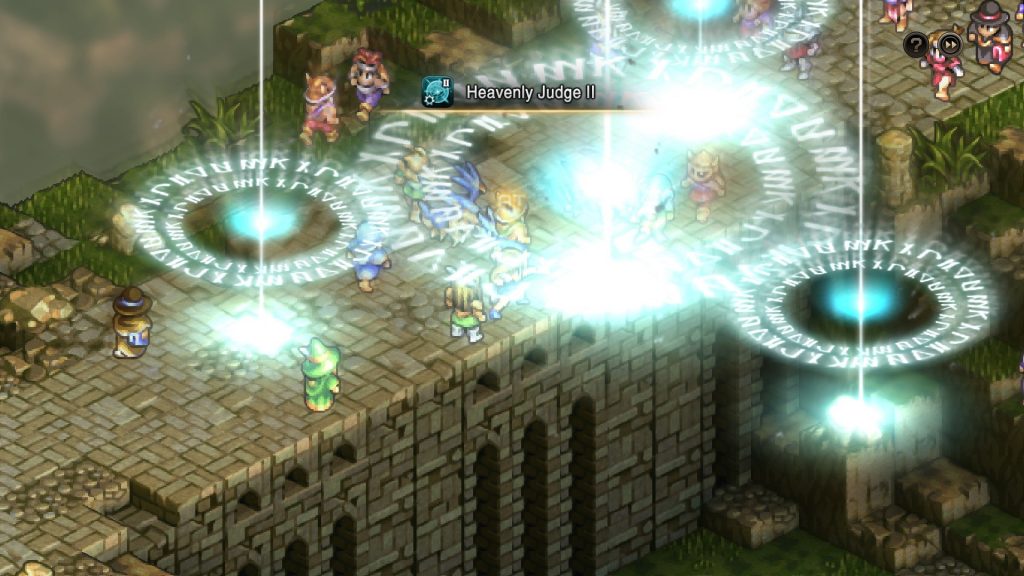 From a presentation standpoint, Tactics Ogre: Reborn has a lot of strengths. While fans will be split on the filter placed over the whole game to smooth things out, and I definitely wished you had the option to turn it off, the game still looks good enough, particularly when played in handheld mode on the Switch. A newly remixed version of the soundtrack is fantastic, and nearly worth the game being remade all on its own.

The biggest change here, though, is full voice acting, both in English and Japanese. Both sounded great to my ear, with the English cast, in particular, impressing me. The actors sometimes feel a bit over the top, but in a way that totally works with a game from the 90s. Some may want a bit less, but this is a larger-than-life story with a huge degree of theatricality, and it feels like the voice cast were directed to suit the game.

Tactics Ogre: Reborn makes some changes to a classic, which meet with mixed success. Qualify of life changes like rewind and simplified class changes are very welcome, but the newly balanced battle system slows down battles that already felt on the slow side. Don’t be mistaken, though, the core game here is still one of the better strategy RPGs of its era, and it holds up in 2022. If you’re a fan of the genre and haven’t gotten the chance to check it out in the past, there’s no need to wait. Pick up Tactics Ogre: Reborn and get ready to lose fifty hours of your life.

Full disclosure: This review is based on a copy of Tactics Ogre: Reborn provided by the publisher.

Goin’ Hard In The Paint Valve’s breakaway hit Portal has left an undeniable mark on the puzzle game genre since it first released in 2007. And while there have…