Pentiment Review: The Choices We Make 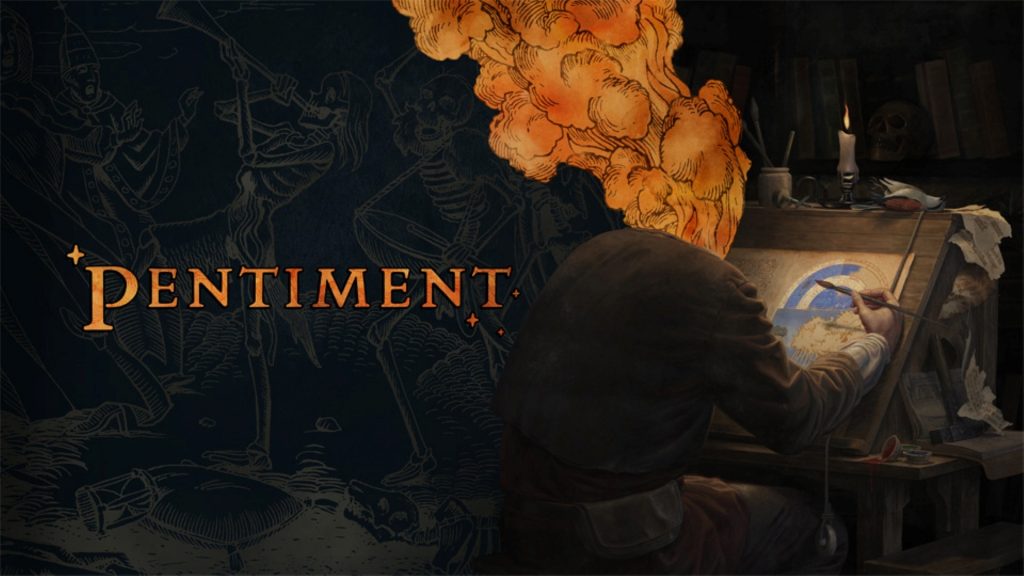 We all make thousands of choices every day, both in what we do and what we don’t do. We’re barely conscious of many of these, while others we make with specific goals in mind. Sometimes though, these choices have consequences far beyond what we expected. Video games are no strangers to this, particularly those made by Obsidian which have long played with player choices and the potential consequences of those choices, but Pentiment makes these choices almost the entire game, allowing for an experience that tells an incredible story while also allowing your choices to be felt everywhere you look. 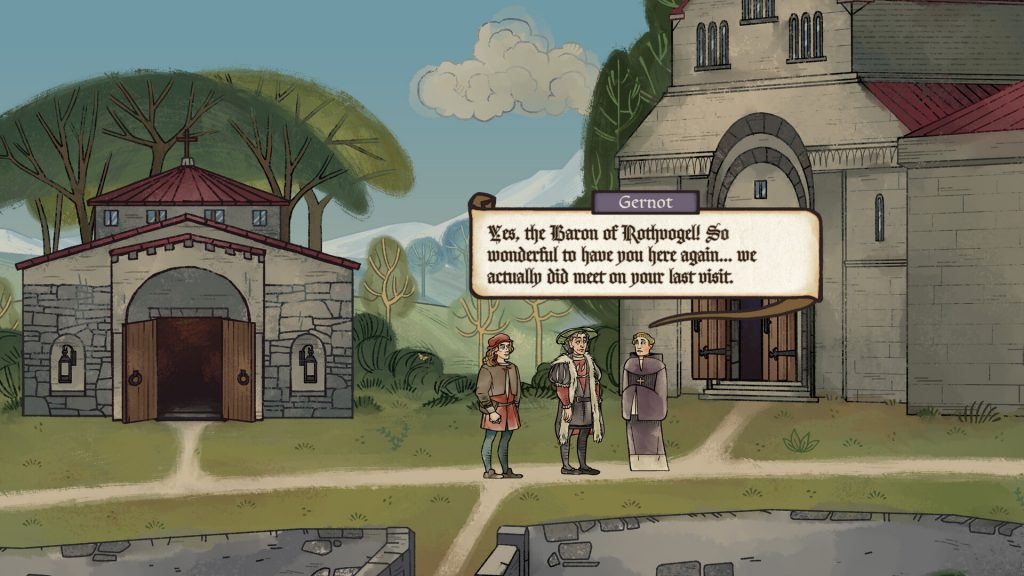 Andreas Maler just wants to finish his masterpiece. A college dropout in 16th-century Bavaria, he’s traveled the world before ending up at a Benedictine abbey in the small town of Tassing. Working in the scriptorium, where the monks copy manuscripts at a time when the practice is falling out of favor due to the invention of the printing press, Andreas earns a living while finding time to finish his masterpiece. Once he does, he’ll be heading back home to get married and earn a living as a master artist. He’s popular around town because anyone new is popular in Tassing. It’s a small village where not much ever changes, someone from the outside world with worldly experiences is interesting if only because they’re someone different to talk to and eat meals with.

Everything is going fine for Andreas, more or less, until a visitor to the abbey ends up dead. There’s little chance this was accidental, he was murdered, and a close friend of Andreas was found holding the murder weapon over the body. The friend’s protests that he was simply the first to find the body and was checking to see if it was too late to help fall on deaf ears from the abbey’s leadership, who want a scapegoat to push this under the rug, even though even just from a physical perspective it seems very unlikely he would be capable of this murder. A lot of people do agree with Andreas’ assessment that the murderer is almost certainly someone else, but they also don’t want to get on the bad side of that leadership. Andreas gets to leave before long, they all have to live there. Due to this, Andreas becomes a one-man investigation into the murder. 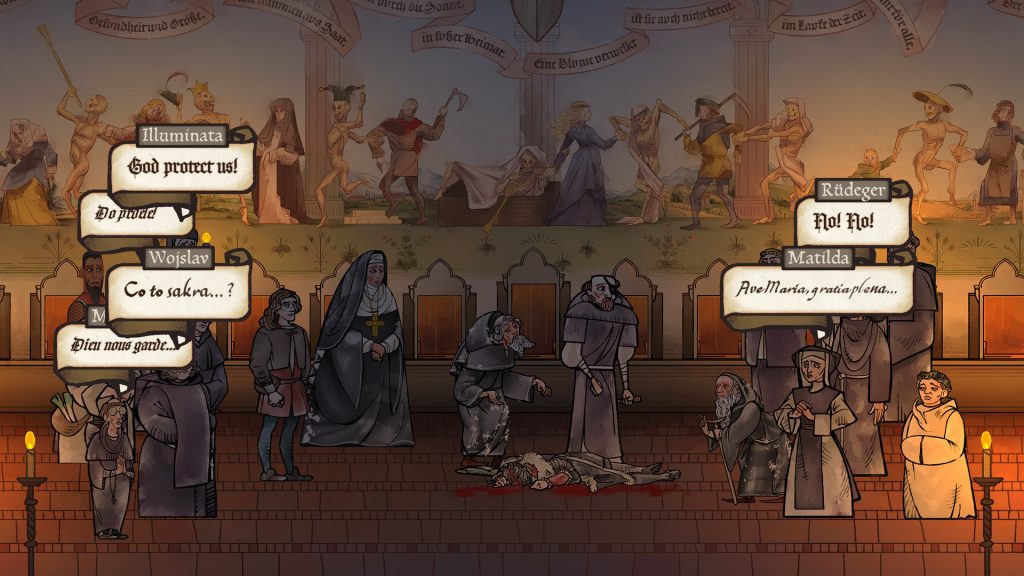 You could call Pentiment a murder mystery, and you wouldn’t be wrong, but that doesn’t really get at what’s so intriguing about its story. This isn’t the modern day, you don’t have forensics, there’s no smoking gun, and no one is going to break down and admit their guilt. It also turns out that the murdered man had a talent for making people angry, there are a lot of people in town who are happy to see him dead and might have had motive to end his life. Some of them, it turns out, even had pretty good reasons for it.

How your investigation goes will depend on choices you make as well. Pentiment isn’t the full-scale RPG fans of Obsidian have come to expect, but there are definitely RPG elements present here. In the early going, you’ll be asked several questions about Andreas’ background, such as what he studied in college, where he spent his time before coming to Tassing, and what he thinks of certain things. These elements will open various options with different characters, though notably, the choices presented by these options won’t always help. Having studied law will allow you to cite a legal basis for certain actions or questions, and some characters will find this highly persuasive. Others, though, will laugh off such lines of questioning, not caring in the slightest what legal backing there is for something that might ruin their lives. Throughout the various parts of Pentiment, you’ll have new questions thrown in, which can give you even more potential options, so your character definitely evolves over time, allowing new ways to approach the game’s mysteries.

While exploring those motives is interesting, and you will ultimately finger a suspect if you hope to save your friend, the most important things are the choices you make along the way. Which characters do you believe, and which ones don’t you? Who will you help, how will you speak to people, and who will you make enemies of, these things all matter because ending the murder case is only the first third of the game. 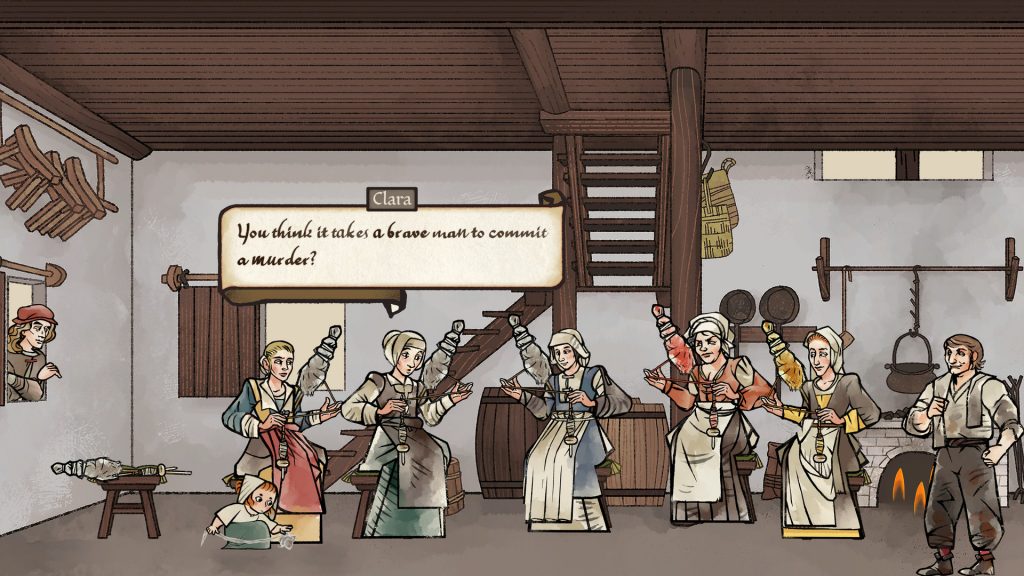 Players will return to Tassing seven years later, and then again after another eighteen years. Each time you’ll be presented with a new mystery to solve, but you’ll also see the impacts of your past visits. The passing of time means people have gotten married, had children, died, moved away, and moved to town. New businesses have sprung up the relationships, even between existing characters, have shifted and evolved. Yet your relationships and choices haven’t been forgotten. If someone paid for your actions on your last visit, don’t expect a fresh start with them or for them to be very helpful towards whatever you’re dealing with on this newest trip. They remember how you hurt them, and they aren’t eager to let you do it again.

On top of the main mystery you’re solving in each section of the game, Tassing is filled with little side missions for you to complete. These aren’t necessary, but they do impact your relationship with those in the village. An early example has the family you’re lodging with awkwardly ask if there’s any way you could pay the rent a little early this month, and if it would be alright if they raised it just a little. They feel bad asking, but taxes have increased, again, and they need to pay it. Denying this request is certainly an option, but they’ll remember you weren’t willing to work with them. If you accept, though, you don’t have the money yet, you’ll need to see about getting an advance on your salary at the abbey, with several options you can pursue to get this which can impact how some people there see you.

Seeing my relationships with these characters and the town itself evolve with each new visit to Tassing was one of my favorite parts of Pentiment, as every few hours, I’d suddenly get to visit a location I’d wanted to see in the town but hadn’t previously been able to access. Or I’d return, and a character I hadn’t thought much of previously had suddenly been thrust into a position of importance, sometimes with surprisingly strong results. The mystery behind the seemingly complete change of personality one prominent character in the early part of the game has in later sections is perhaps my favorite in the game. There are so many little details sprinkled throughout the game to find out and explore that players won’t be able to see it all in one playthrough.

A Style All Its Own 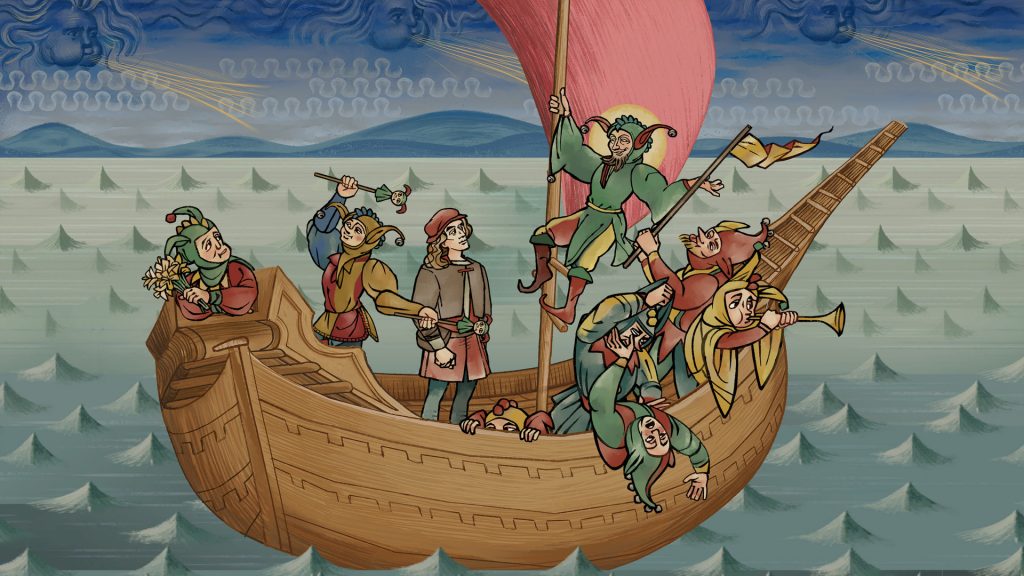 Pentiment could be done in almost any visual style and be a fascinating game, but one of my favorite things about it is the stunning look of the game. Drawn in the style of one of Andreas’ 16th-century work, mixing a wide variety of art styles of the time into something wildly unique where many moments wouldn’t look out of place in a museum next to work from that time period. A beautiful soundtrack of historically accurate music sets the mood as well, but the actual script in the game may go the furthest towards establishing the unique feel the game has.

There’s no voice acting in Pentiment, likely in part because the game has a small budget, but also likely in part because it would take away from just how important this game is to read. Script here is done in ornate styles out of time with different characters using different styles. A poor person in town might have a relatively simple script, while someone from the clergy or a nun might have a far more elaborate script. The style, the color, these all say something about the characters. Some characters have the type face even change at certain moments. Others will have typos in their speech which midway through a sentence will be corrected, indicating they’re stumbling over their words. I’ve never seen written dialogue handled so interestingly, and I loved watching it. Those who struggle to read the more ornate styles can turn this off for a simpler style of writing, but I’d encourage players who can read it to stick with it.

Pentiment is one of the most interesting games I’ve played in 2022, going far beyond even what most RPGs can manage when it comes to player choice and consequence. Between its setting, its graphical style, and its fantastic story, Pentiment demands your attention.

Full disclosure: This review is based on a retail copy of Pentiment. 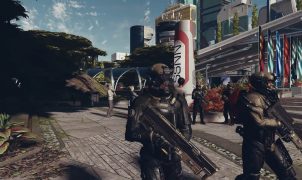 The Budget Days Are Over: Xbox Titles Moving To $70