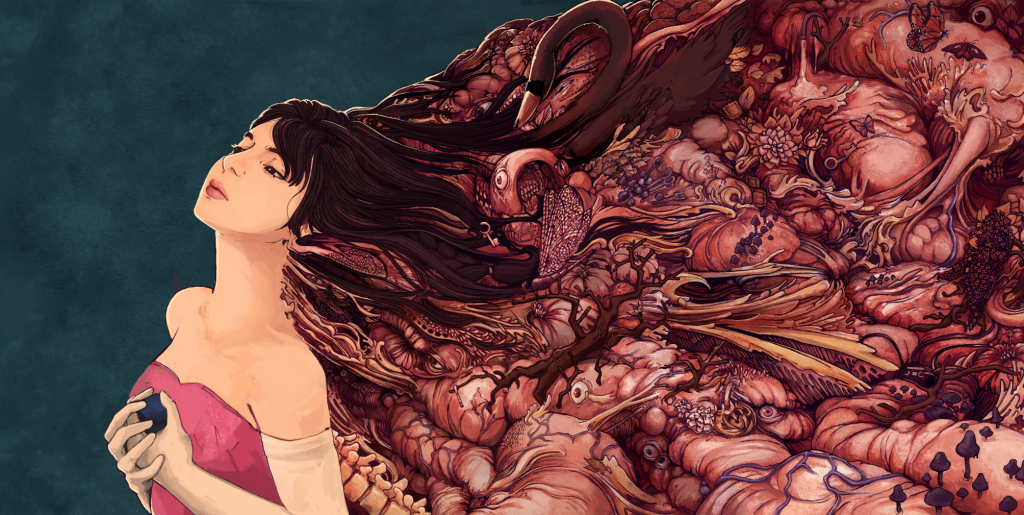 Horror games that don’t rely on super realistic graphics for their scares have always intrigued me, and, at times, scared me more than titles that opt for photorealism. There is just something about a game using a simplistic art style, be it pixel art or otherwise, that I find hugely unsettling. I think it largely boils down to how much something like pixel art can leave to the imagination. Sit me down in front of Resident Evil 2: Remake and as much as I love that game, I quickly become desensitized to the atrocities witnessed on screen. Have me play through Corpse Party, however, and watching a group of students get killed off never fails to hit home, I think, largely due to the gaps my mind inevitably fills in to compensate for the simplistic, albeit gorgeous, art style.

Set to release for PC in 2023, Decarnation, an upcoming indie horror title developed by Atelier QDB and published by Shiro Unlimited, looks like it’s shaping up to be another chilling addition to the pixel-art horror scene. Despite the preview code we received only giving us a tiny slice of what’s to come, it’s clear that despite its at times innocent look, it isn’t going to hold back from addressing all manner of mature themes, all whilst scaring the pants off the player. 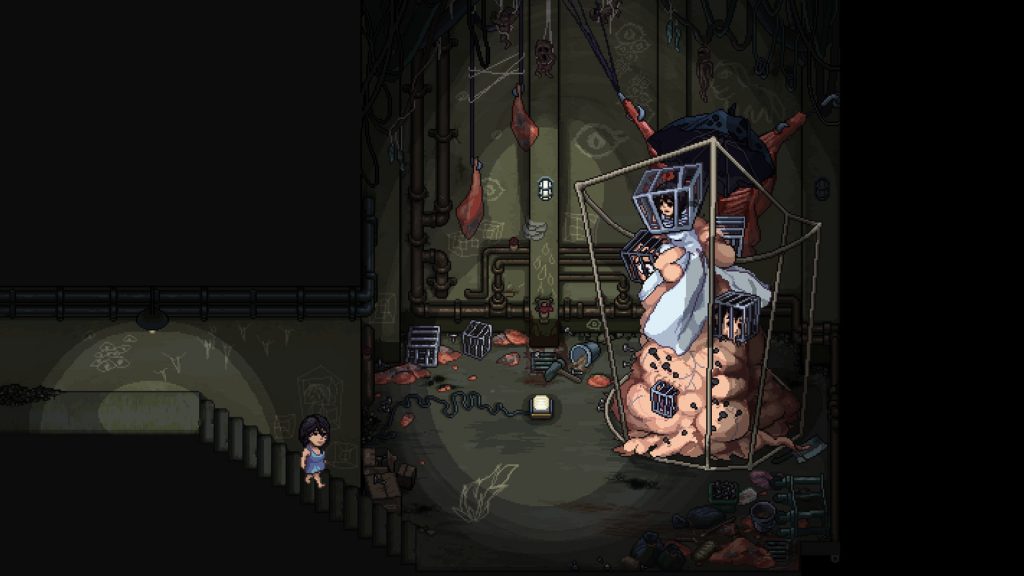 Whilst it’s still difficult to ascertain exactly what direction Decarnation’s narrative is going to take having completed the demo, one thing is clear; this is going to be an experience that should be avoided by the faint-hearted and those not comfortable with the distressing subject matter it covers.

Players step into the shoes of Gloria, a dancer in a local club located in her hometown of Paris. Gloria is at a bit of a crossroads in her life, with her mother breathing down her neck about her life choices, a girlfriend that is growing increasingly distant, and a boss that wants to take her off the stage she loves so much so that she can take up a coaching role instead. The one thing that Gloria is feeling positive about as we step into her life, is a life-sized nude sculpture that she has posed for, which is to be unveiled at a Parisian museum. However, even that gets taken away from Gloria as upon entering the museum, Gloria and her partner Joy come across a strange guy being hugely inappropriate with the statue, muttering her name under his breath as he goes about violating the artwork.

It seems this is the straw to break the camel’s back, with this sending Gloria’s mental health into a downward spiral. Joy ends the relationship, and Gloria, who in an unsettling turn of events states that she was able to feel what was happening to the statue, soon starts to have night terrors. Her sleep becomes invaded by horrific, distorted visions of the museum, its displays morphed into otherworldly creations that produce entities that now seem to stalk the halls. Gloria’s world is seemingly falling apart, until one day she gets asked to meet a mysterious individual in a nearby forest at dawn, with the promise that he can change her fortunes and give her the career of her dreams.

In terms of narrative, that’s about as much as we get from Decarnation ahead of its 2023 release, and whilst it isn’t much to go on, it’s intriguing stuff. There is a huge twist towards the very end of the demo which I won’t spoil, but it leaves me wanting more and definitely leaves the player questioning whether the dreams encountered by Gloria are actually dreams or something else entirely.

Much Left To Prove 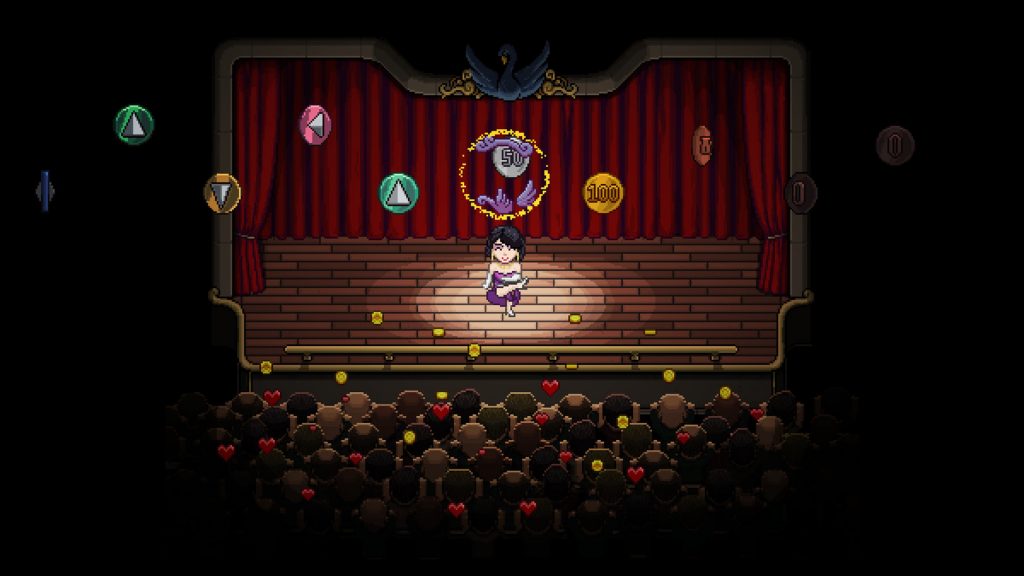 Whilst I have little doubt that Decarnation will provide a compelling and disturbing narrative experience, there are many questions lingering around the gameplay that are yet to be answered. Described as containing cryptic puzzles, and exploration, along with lethal enemies and bosses, the preview build contains virtually none of this.

Gameplay during the first couple of hours consists largely of walking across various environments, so as to trigger the next conversation that propels the narrative along. There are a couple of rhythm mini-games dotted throughout, one occurring during one of Gloria’s performances at the cabaret club she works at, and during the dream sequences we do have to take out a couple of enemies, but other than that it’s impossible to comment on Decarnation as a gameplay experience at the moment. It’s not something I’m concerned about as such, as I think the narrative shown here will develop into something that is intriguing enough to carry the experience on its own, but still, a bit more of an insight into the gameplay would have been appreciated whilst also making Decarnation an even more enticing prospect.

Horrific Presentation (In All The Right Ways) 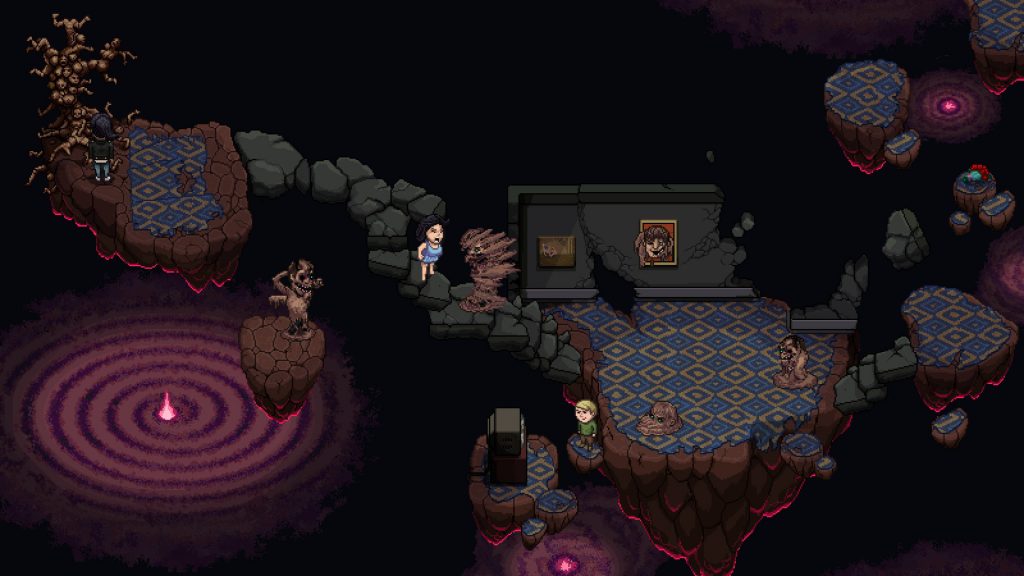 If there is one area that I am almost certain that Decarnation will both delight and horrify, it’s in its presentation. As I mentioned at the top, pixel art can be an incredibly effective tool for the horror genre, and Decarnation proves that wholeheartedly.

It’ll catch you off guard as well. One moment you’ll be watching Gloria lounge around her lovingly detailed apartment, filled with that warmth that only well-executed cutesy pixel art can provide, and the next you’ll be whisked into her nightmares, her surroundings crumbling apart and filled with all manner of disturbing body horror. The creativity on display is incredible and it’s matched by an equally impressive soundtrack that perfectly complements the erratic nature of Decarnation’s world.

Whilst there are questions that remain around whether Decarnation will provide many thrills or scares in the gameplay department, this is absolutely a title worth keeping an eye on. Its mature and disturbing themes, equally disturbing visuals, and compelling narrative set-up have me eager to dig into Gloria’s life a bit further as she confronts her own demons and those that surround her. If Atelier QDB can keep up the intrigue and momentum established across Decarnation’s opening hours, then horror fans should prepare and buckle up for one hell of a twisted ride come 2023.