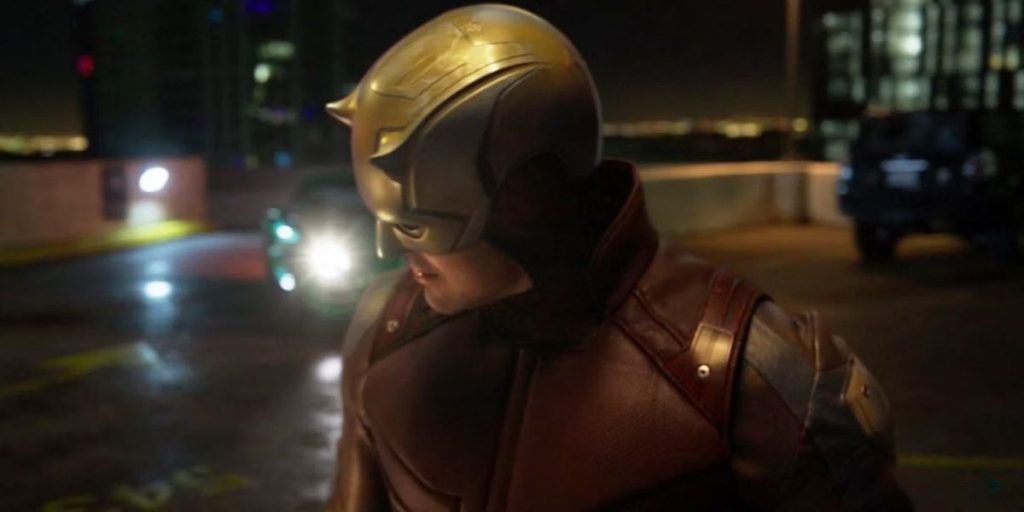 I know Marvel fans, as fun as She-Hulk: Attorney At Law can be at times, a lot of you were mainly interested in the show because of one much-anticipated guest star. It’s not been a secret that a major Marvel hero is stopping by and getting caught up in She-Hulk’s business.

That’s right. Leap-Frog is here. The green crusader for justice has officially entered the MCU, ready to Ribbit and Rip It. Things don’t start out great for him, though, as he takes on a couple of punks outside a local store, only to have his suit malfunction leaving him with significant burns. That’s where She-Hulk comes in. His dad is a big client of the law firm, so Leap-Frog is an important client as well, and he wants to go after the person who made his suit for potential damages.

His suits just so happen to be designed by Luke Jacobson, the same man who built Jen’s new wardrobe, which she adores. While she would really rather turn this case down, not wanting to get on the bad side of someone who makes suits she counts on, she has a job to do. While she initially attempts to settle things peacefully, Luke does not take well to being accused of making a mistake, and soon they’re in court, and perhaps more importantly, Jennifer is no longer welcome as a client.

A few of you may recognize Luke’s lawyer, though he’s a pretty deep cut. He’s just some guy named Matt Murdock, otherwise known as Daredevil. He had his own show on Netflix a few years ago, played by the same actor, Charlie Cox. You’ve probably never heard of it. While Daredevil may not have the same name recognition as someone like Leap-Frog, though, he quickly makes an impact thanks to his enhanced senses that make him so dangerous despite being blind. He sniffs out in no time that Leap-Frog was using jet fuel in his booster packs, something that they were not build for, which almost certainly caused the issues with his suit. The case is thrown out of court in near record time, with Luke exonerated, though still upset at Jennifer.

Matt tries to smooth things over by buying Jen a drink at the bar, connecting with her over what it means to be able to help people through the law and outside of the law, even if she doesn’t yet understand how he can relate. The two are vibing, and it seems like they might need to get a room, but both are called away by work.

After getting out of a meeting with a client who wants the meeting to be a date, Jennifer thinks her night is over, but it turns out, it’s just begun when she gets a call from Leap-Frog asking for help. He’s being chased and feels he’s in real danger. Upon arriving and trying to save him, we find out why Matt was called away too. He’s chasing after Leap-Frog, giving us our first look at his new costume, which is a mix of yellow and red inspired by his early comic costumes.

A fight ensues, almost a right of passage, when two heroes meet for the first time, but after destroying an entire parking lot, the pair realize they should be on the same side. Leap-Frog may not be quite as heroic as he wants to let on, having kidnapped Luke Jacobson to get him to make him a new costume.

Saving Luke isn’t too hard for this pair, though the episode does a good job of paying homage to the Netflix Daredevil show with a fun hallway fight, but the chemistry between the two remains off the chart, leading to the pair finally ending their night together, and then to Daredevil doing the walk of shame the next morning in one of the MCU’s funniest visual moments. While their lives on opposite coasts mean this likely isn’t a long-term connection, their chemistry is off the charts, and I hope this isn’t the last we’ll see of them together.

A lot of episodes would end there, but with this being the series’ penultimate episode, there still needs to be a set-up for the finale, and it doesn’t disappoint. We found out last week that Jen is nominated for female lawyer of the year, and while she’s one of several winners, it’s still an honor. Everything falls apart, though, when the group who have been threatening her online hijack her big moment. The final scenes bring a lot of the season’s plot points together, leaving Jen seeing more red this episode than just Daredevil. These final moments remind us that despite having stronger control of her transformations and anger than her cousin, She-Hulk is still a Hulk, and those who forget that do so at their own peril.

This was a hugely packed episode with multiple new characters, several action set pieces, and huge portions of the season’s storyline coming together. Yet it flows wonderfully, is truly funny, and has the best action in the series so far. It manages to bring characters fans are familiar with into She-Hulk’s world while leaving them feeling true to themselves. While it had a slow start, She-Hulk: Attorney At Law just gets better each week and I can’t wait to see how the season wraps up.