Inkulinati Feels Like The Best Board Game That Doesn’t Exist

Leaping Off The Page 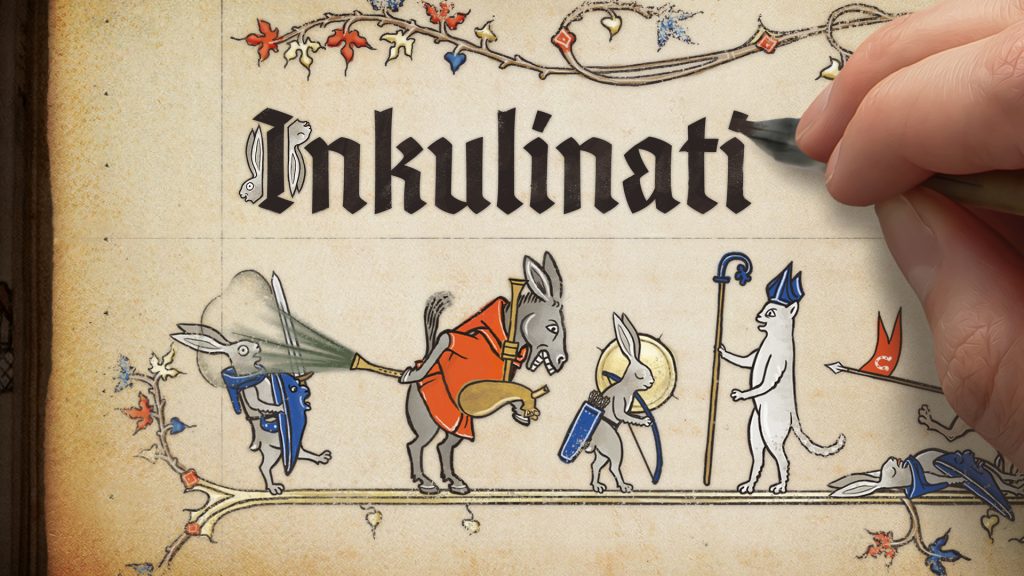 In a lot of ways, Inkulinati feels more like a board game than a video game. Set on a 2D field, you move your pieces around the board, each having its own properties and rules. It almost feels like a combination of the game Onitama and Chess, though with its own twist.

Battles in Inkulinati have you playing a master of living ink, taking on challengers on paper with a series of pieces based on animals. You and your opponent both have a Tiny Inkulinati piece that represents you and can create more pieces using resources found in each level. Think of your Tiny Inkulinati as the King in Chess. It’s limited in its movement compared to other pieces, yet it’s the one the whole game hangs upon. If it’s destroyed, that means game over. 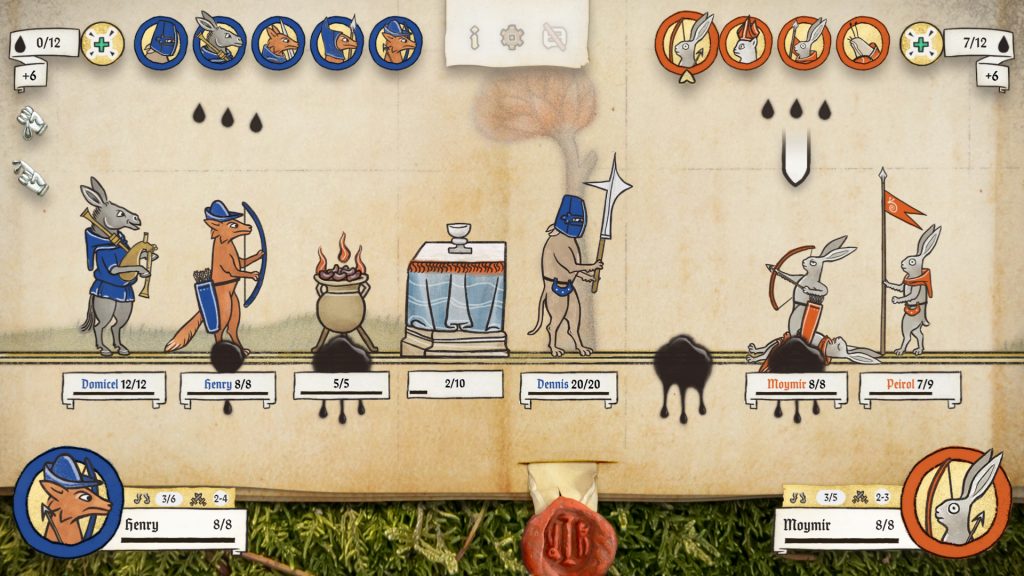 There are multiple ways to accomplish that. I loved the different win conditions in Inkulinati for providing an additional layer of strategy. Each Tiny Inkulinati has a certain amount of health. Simply eliminate that, and the match is over, the most straightforward way to win the game. There are other options, though. The edges of the game board are open, and pieces always have the option to shove each other. You can even shove your own pieces for strategic reasons. They’ll slide until they reach the next open position, but if there are no open positions between them and the edge, they’ll go right over the cliff. If you do that to your opponent’s Tiny Inkulinati, that’s the end of the match. I used this in a match I’d previously lost to pull victory from the jaws of defeat in a manner that was very satisfying. Each match also has a sort of built-in timer. After a set number of turns, fire starts to form on the edges of the map, spreading inward. Pieces caught in the flames will be destroyed, and the Tiny Inkulinati are no exceptions. Pushing one into fire or even trapping them, there is another path to victory.

Your Tiny Inkulinati is a little more powerful than a king in Chess, however. While its movement is a bit limited, it has a series of powers that you can use, one of each turn. While some have cooldown timers, this can allow for some very powerful attacks which can directly change the board. A poke, for example, has your master reach down and damage an opponent’s drawing from above. It’s a good reminder that what you’re seeing on the screen is always the page of a book, with the real combatants hovering above, drawing their arms out. 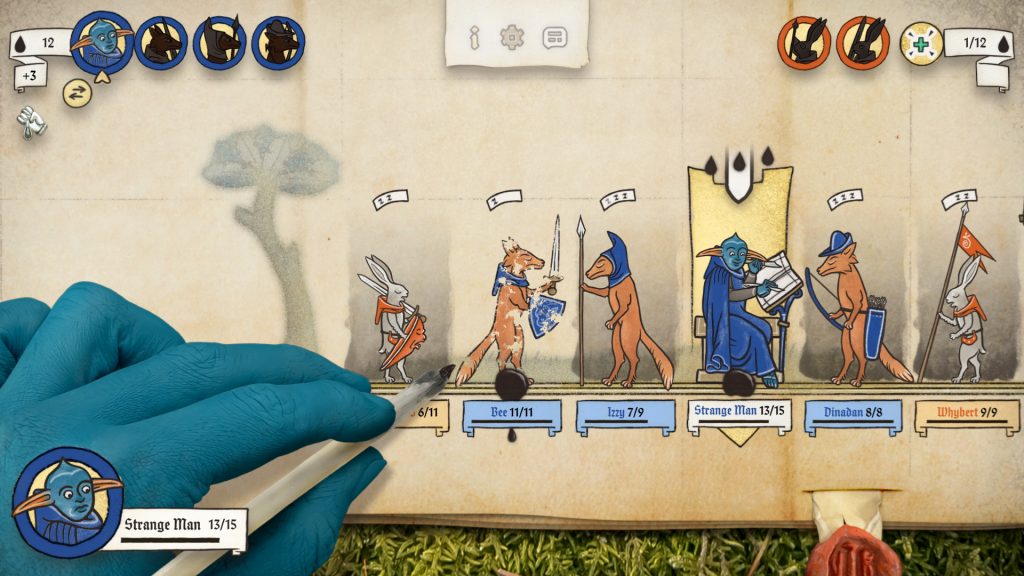 Soon you’ll have a lot more to do each turn than manage your main piece. You’ll gather ink each turn as a resource, both by positioning pieces correctly and by taking specific actions. This ink can be used to build an army of additional fighters, all represented by adorable fighting animals. Cats, foxes, donkeys, you’ll collect different options over time and build your own stable you have access to in matches. You’ll then use the ink in the match to actually build them and set them to fighting.

Pieces have their own rules regarding movement, attacks, and special moves, though, for the most part, the options are kept fairly simple. This is a game of strategy and being able to account for what’s on the board is crucial to making the right plays. Archers attack from range. Sword users attack in close. Staffs can attack from two spaces away. There are healers and other special units as well, though special units tend to cost a lot more ink. 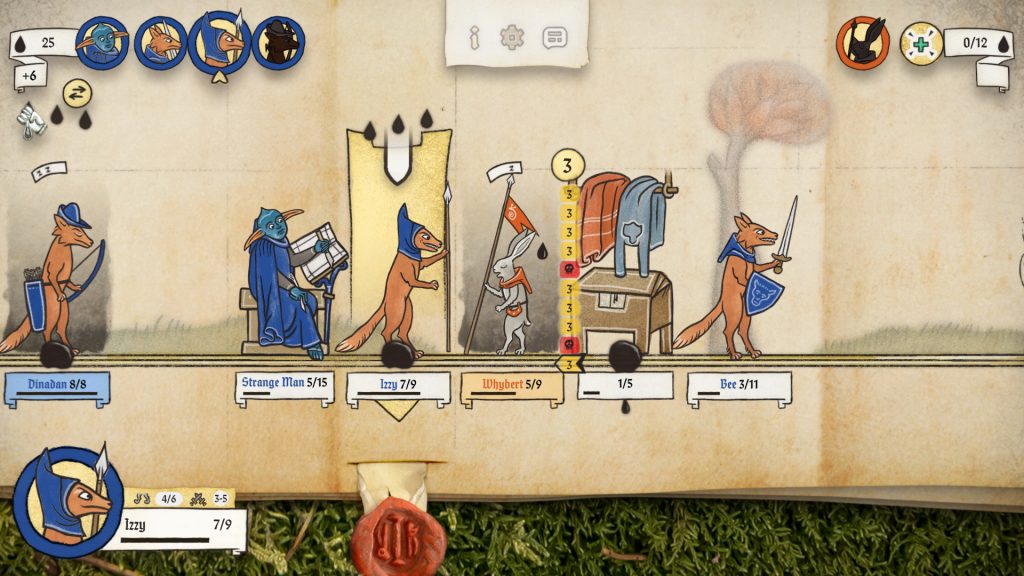 If that was the whole game, I’d be relatively impressed, but as my time with Inkulinati went on, I was surprised at how many different ways the creators have found to use these mechanics, even within a relatively short demo. There were special matches where my Tiny Inkulinati wasn’t present, with a pre-selected army of my other pieces going against a computer-controlled force. This was simply kill or be killed with no means of making more units, a situation where healing became all the more important.

Maps became more complicated over time as well, with multiple floors becoming common, causing an additional layer of strategy. My jaw dropped the first time I climbed onto a second story before realizing my opponent could push my fox archer off the cliff to the lower level, killing him. Bosses have an even more advanced set of abilities to fight with.

The presentation here is gorgeous, truly looking like a drawing come to life. There were even hints of a potentially interesting story revolving around my character’s master dying, but death being willing to save him if I can beat him in an Inkulinati battle. I came away from my time with Inkulinati craving more, wanting to see just how deep the strategy here could go. While at times it feels almost more like an advanced board game than a video game, it actually helps it to stand out and while I’d welcome a physical adaptation, the presentation is so interesting that the creators have found a great way to tie it to this medium. 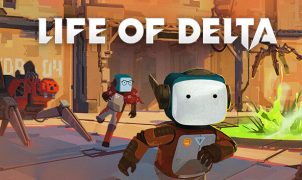 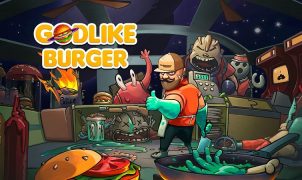 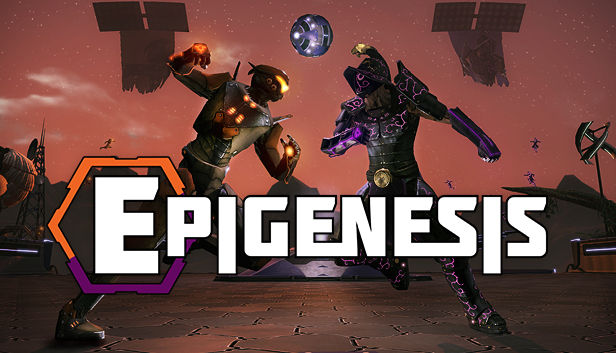