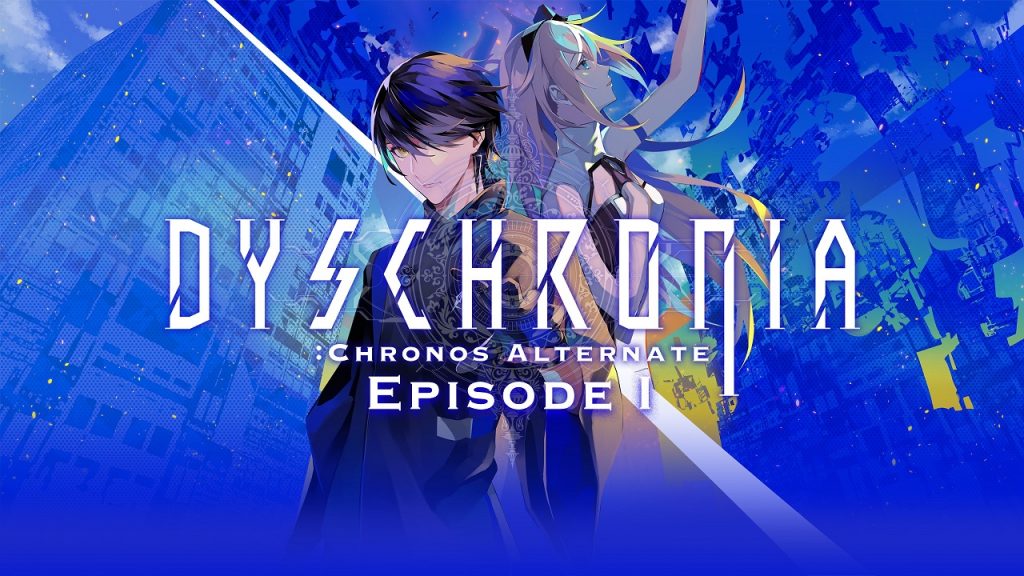 In recent years, MyDearest has made a name for itself in the VR space with games like Tokyo Chronos and ALTDEUS: Beyond Chronos. Just released for the Meta Quest 2 and coming later to the Switch, the third title in the Chronos series, Dyschronia: Chaos Alternate, is yet another strong showing for the studio, delivering a sci-fi murder mystery with a gripping narrative that will keep you engaged throughout its six-hour playtime.

Dyschronia: Chaos Alternate – Episode 1 takes place in the city of Astrum Close. In this far-future utopia, crime is virtually nonexistent as the residents live in a perpetual state of augmented dreaming (AD), which monitors their feelings and prevents crimes before they occur. However, one day the unthinkable happens when the city’s founder, professor Albert Rumford, is found brutally murdered in his lab. You play as Hal Scion; a newly-minted Special Supervisor tasked with unraveling the mystery behind the professor’s untimely death and bringing the perpetrator to justice. 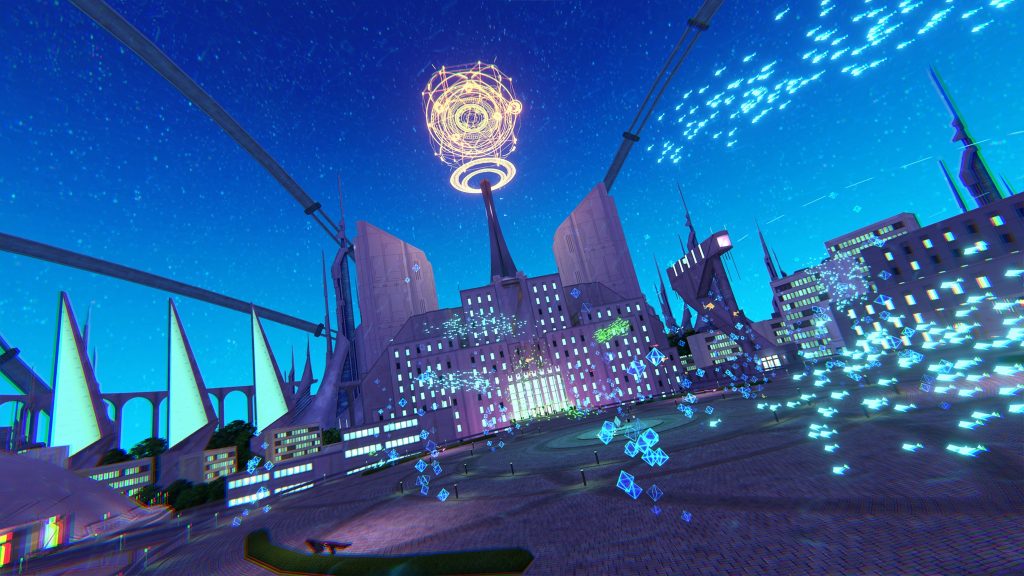 Being tasked with solving the murder of such a high-profile figure is a pretty tough break – especially for your first day on the job.  Thankfully, you’re not alone in your mission. Hal is joined by Lily, a plucky navigator robot who’s as helpful as she is adorable, cataloging all of the evidence you uncover into your investigation journal for easy reference.

The moment-to-moment gameplay in Dyschronia: Chaos Alternate – Episode 1 is similar to games like Hotel Dusk: Room 215 and the Ace Attorney series. You’ll travel to a handful of locations throughout the city, interview witnesses, and examine crime scenes. However, a few unique aspects make Dyschronia stand out from similar titles in the genre.

As a Supervisor, Hal is gifted with the Memory Drive ability. By touching items with his left hand, he can view memories associated with them. Sometimes these memories flesh out events from Hal’s forgotten past (like any good anime-inspired game, our poor protagonist suffers from amnesia). More often than not, they’ll offer clues to puzzles or hidden item locations. For example, one memory might tell you the password to a safe or give you insight into a potential murder weapon.

Occasionally, you’ll even get the opportunity to change the past by influencing the person who last handled an item. It’s an excellent idea, for sure. Unfortunately, this ability is used too sparingly to be incredibly compelling, and the binary choices it presents leave little room for experimentation, which I found somewhat disappointing.

Additionally, Hal can seamlessly switch between the waking world and augmented dreaming with the press of a button. Once in AD, you can chat with Astrum Close’s residents’ consciousnesses to glean more information for your investigation. Sometimes you’ll even need to put on your counselor hat and intervene with NPCs experiencing mental strain. This is done by performing a Simon-esque memory game. Counsel a resident successfully, and more information will be added to your investigation archive, further fleshing out Dyschronia‘s story. 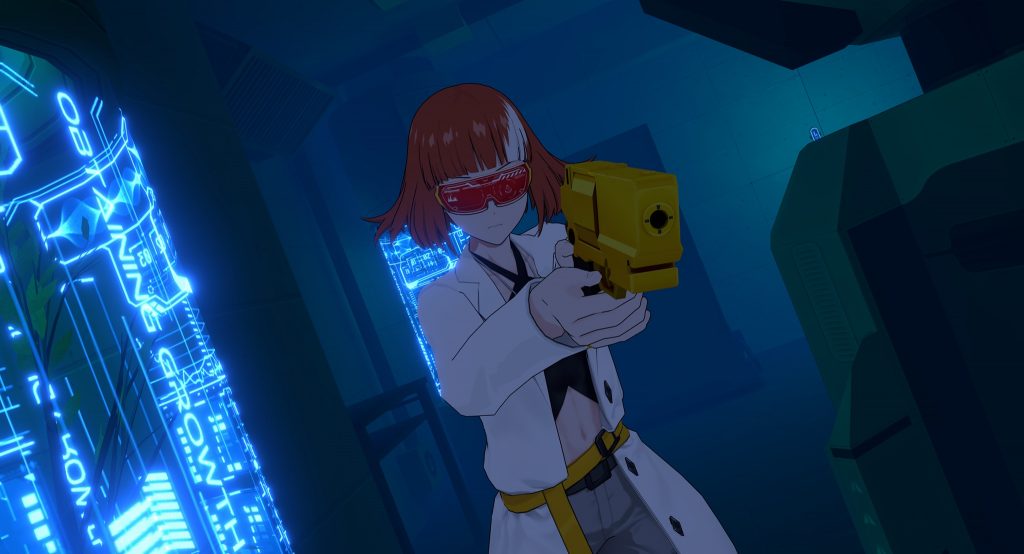 While you’ll spend most of your time in Dyschronia: Chaos Alternate – Episode 1 getting to know the central cast and examining the scene of Rumford’s murder, that’s not all you’ll be doing in this chapter. There are a couple of stealth sequences where you’ll need to stay out of an enemy’s sight to avoid being blasted to bits. Unfortunately, the sneaking isn’t exceptionally well done, thanks mainly to the dimwitted enemy AI that will consistently fall for any distraction you throw their way, even if they’re in the middle of peppering you with gunfire from just a few feet away. With a bit better AI or more interesting environments to sneak through, these moments could have been pretty cool. It’s just a shame that, at least in this chapter, the enemies you’ll encounter make Metal Gear Solid’s most dimwitted guards seem like Mensa material.

While the stealth leaves a lot to be desired, the chapter ends with a real treat when you’re forced to make your case to Justicius, a powerful AI that serves as Astrum Close’s arbiter. Here, you’ll need to use all of the clues you’ve gathered to reconstruct the crime scene and lay out your evidence to secure a victory in court. This segment was easily my favorite part of Dyschronia: Chaos Alternate – Episode 1, with its high-stakes legal drama reminiscent of Ace Attorney and Danganronpa. If Dyschronia’s following two chapters can deliver more compelling courtroom duels, then players are in for a real treat. 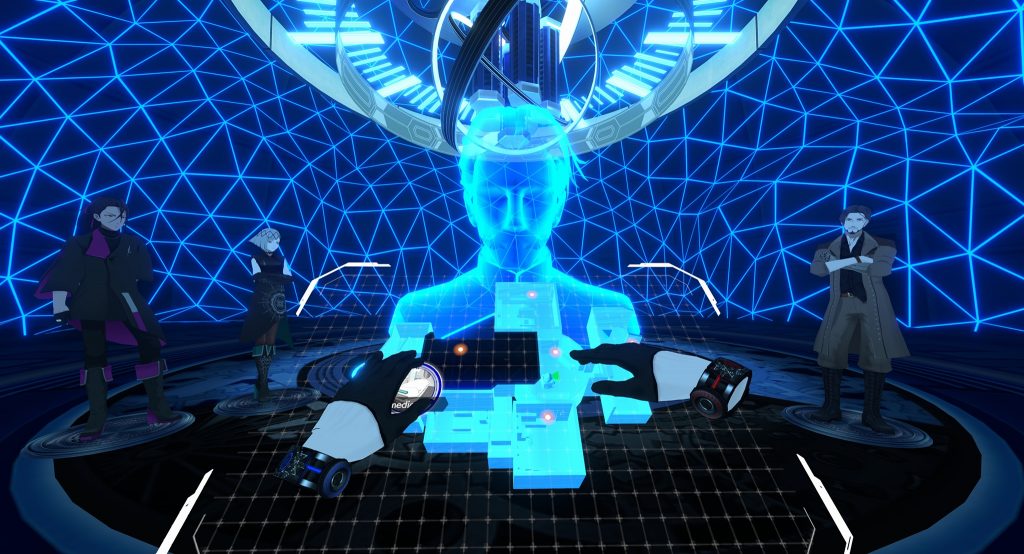 When it comes to its production values, Dyschronia: Chaos Alternate – Episode 1 is a bit of a mixed bag. However, I’ll start with the good: the character models. MyDearest previous releases have done a great job of making players feel like they’ve been plopped into an interactive anime. Dyschronia continues that trend with its clean and instantly appealing character models. They look great and are animated reasonably well too.

With that said, it’s a shame that the animation is so minimal. The game has a nasty habit of using a slow blinking effect to obscure your view when events unfold. It’s incredibly immersion-breaking, to say the least, and makes what should have been some of Dyschronia‘s more impactful moments feel very disjointed. The environments are also mostly barren, with bland textures that would look right at home in an early PlayStation 2 release.

While the visuals are a bit of a mixed bag, Dyschronia shines on the aural front, both in terms of its solid voice performances and excellent music that will stay stuck in your head long after you take your Quest off. The opening theme, 7Days, performed by VTuber Hoshimachi Suisei, is an especially tenacious earworm to get rid of.

While rough around the edges in spots, I was utterly immersed in Dyschronia: Chaos Alternate – Episode 1′s story, thanks to its fantastic writing and interesting cast of characters. Still, with that said, I do think the game might be a hard sell for players looking for an experience that takes advantage of the strengths of the VR medium. After all, the game is, first and foremost, a visual novel. You’re going to spend the lion’s share of your time in Astrum Close engaged in conversation and watching the narrative unfold. However, if you know what you’re getting into and are looking to scratch that Ace Attorney-inspired itch on your Meta Quest 2, then Dyschronia: Chaos Alternate – Episode 1 should be your prime suspect.