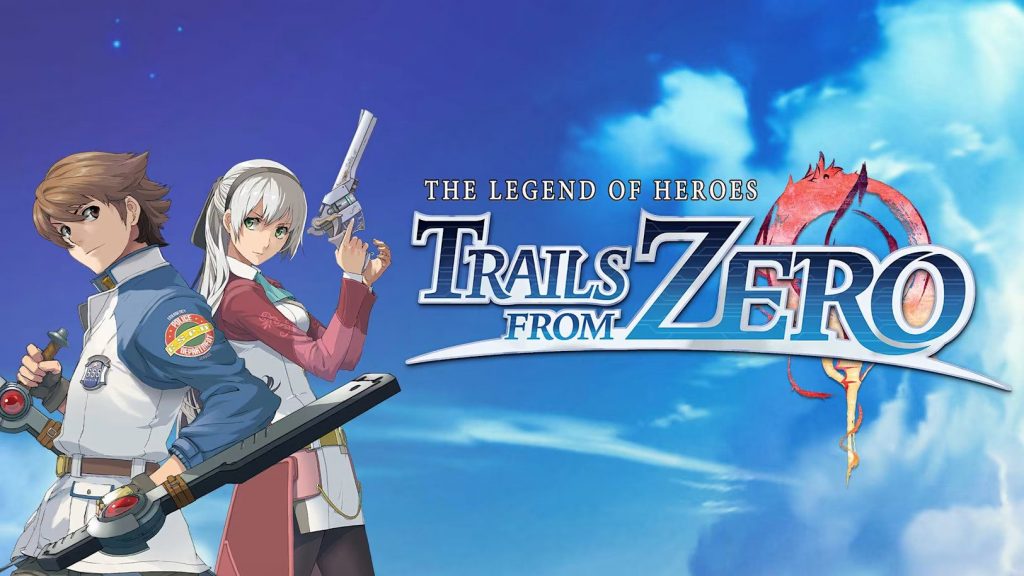 Fans of The Legend of Heroes have waited a long time for Trails From Zero. Originally released on PSP back in 2010 in Japan, plans for a release in other countries were scuttled after the underperformance of The Legend of Heroes: Trails in the Sky. It took four years for us to even get the direct follow-up to that game, let alone the many connecting games in the same series. The unexpected success on PC of the rest of this series, though, and the stronger results seen by the Trails of Cold Steel branch of The Legend of Heroes series, made this release possible after so many years. Those who have wanted to check out the Crossbell games for the last decade now have their chance. Was it worth the wait?

For the most part, the answer is an enthusiastic yes. Following directly after the Trails in the Sky trilogy, Trails From Zero introduces us to a whole new region of Crossbell, a small province located between two much larger countries who have a great deal of influence there. It’s a place almost overwhelmed by corruption, with politicians, crime lords, gangs, and local businesses all having a lot of influence. 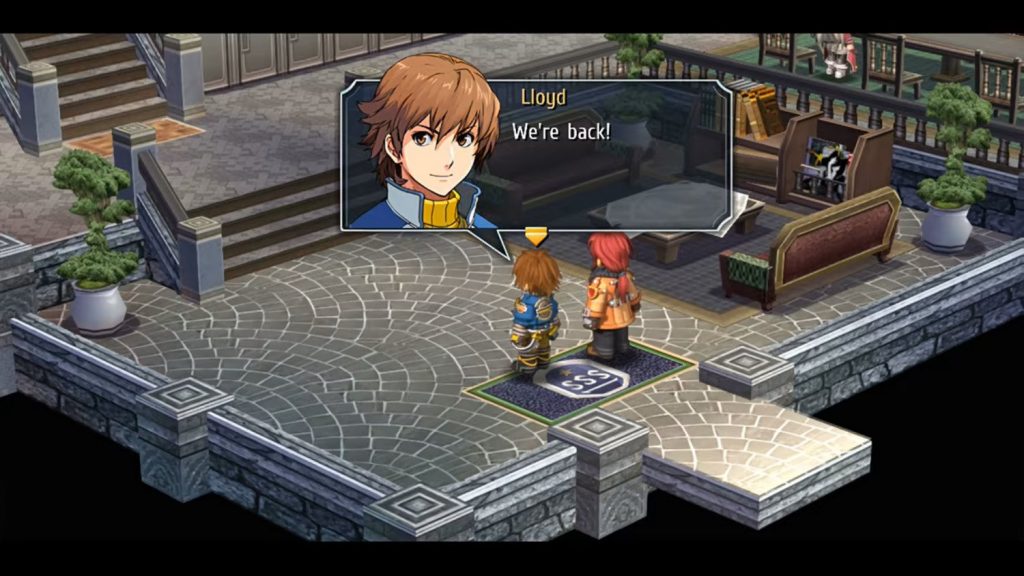 Lloyd Bannings is a young man who has spent the last few years away from Crossbell after the death of his brother, but he’s returned home after becoming a detective, planning on a spot in the local police. Instead, he’s drafted into the Special Support Section, a new branch of the police which is set to operate outside of the normal chain of command and directly help the people of Crossbell in a way that the main force, dealing with the corruption and bureaucracy built into the system, are unable to. He’s joined by Elie MacDowell, a young woman with a lot of connections to the city, Tio Plato, who is even younger but has strange and interesting abilities, and Randy Orlando, a former soldier looking for another chance.

They’re all rookies, and because they operate outside the established hierarchy, some players who may be a bit uncomfortable playing as police should feel more at ease. While Trails From Zero doesn’t take place in our world and the issues here are not our own, the police are presented as just as full of corruption and issues as the rest of the city or, frankly, as the institution is in our world. While some might find their hope of fixing this a bit naïve if it were in the real world, this is a long way from copaganda. 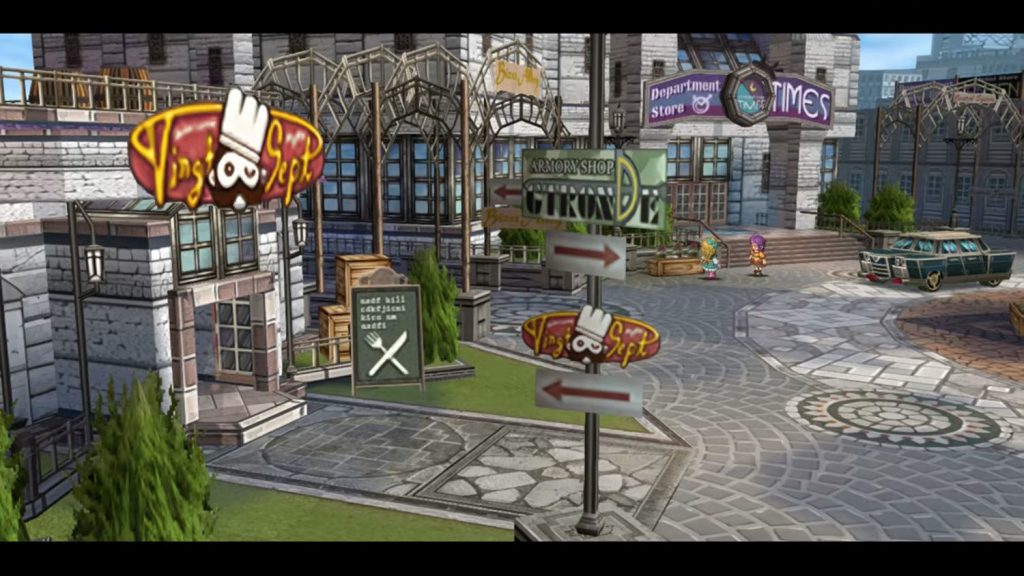 More than anything else, Trails From Zero is the story of the founding of the Special Support Section. There’s a lot of going around the city, getting to know people, winning their trust, and convincing them they shouldn’t just hire the bracers, a group of mercenaries who help the public, which fans of the series will be very familiar with, when things go wrong. For a large portion of its running time, Trails From Zero could be called unfocused, with the main threats not becoming clear until the fourth of five chapters. Still, it’s never less than enjoyable. Each chapter does have a main objective and a variety of side cases which are well worth your time. We establish a whole new group of characters, despite finding time for some familiar faces and to resolve some open-ended storylines from past titles.

I almost wish, however, that some of these stories had been saved for a future game. Bringing in characters who have multiple games’ worth of development while trying to establish a whole new cast somewhat overshadows our core cast at times. Still, when the story finally comes together, it does a great job of connecting parts of the game that previously seemed separate or unimportant. 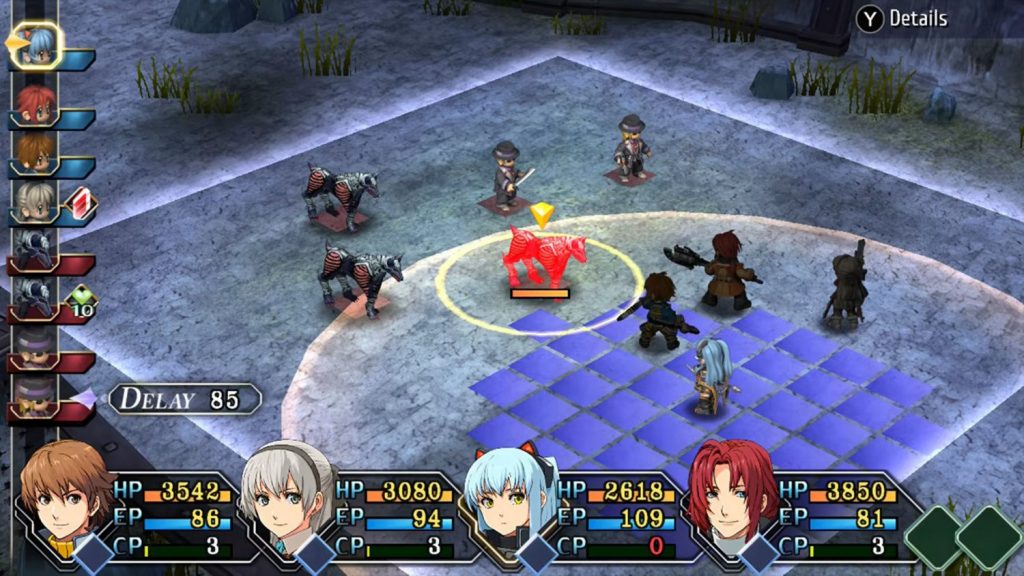 When it comes to playing Trails From Zero, those who have played the Trails in the Sky games will feel right at home. Combat is done on a grid and depends on not only using the right moves or choosing a target but also on positioning and distance. It’s not the deepest combat system in RPGs, but it’s satisfying and moves well. Each character has access to magic, special attacks, and s-break super moves, which can be built over time. New team-based super moves are a slight change, but other than that, series fans won’t have to learn anything new.

Exploring Crossbell is more streamlined than past titles, however. This isn’t a journey all over a massive region like some past games. Crossbell is a small area, one large main city and four paths leading out of it which branch slightly but mostly go to the same places. You have a few small villages you’ll visit multiple times, and at one point, you do take a boat to a new location, but the scale here is smaller. I actually didn’t mind it, though, Crossbell is a charming area, and I liked revisiting people and places and getting to really know them. A great fast travel system in the main city, a bus that goes to most of the main places outside the city, and outstanding load times make getting around incredibly comfortable.

The Switch release of The Legend of Heroes: Trails From Zero is actually filled with quality of life changes. You have a fast-forward option that you can customize separately for on the field and in combat. UI options to make things larger or smaller which is great in handheld mode. You can change the conditions starting battles, and showcase what music is playing, there’s even an easily accessible conversation log, sometimes useful if you are clicking through a bit too quickly. It’s a lot, and definitely, helps this feel like a modern release despite the original game coming out long ago. Word is that the PS4 release, more directly based on a past version of the game than the Switch and PC versions coming out now, is missing most of these quality of life changes which is a real shame, though I’ve only personally been able to play the Switch version of the game.

Even after more than a decade, The Legend of Heroes: Trails From Zero is an RPG well worth the time of fans of its series and newcomers alike. A great cast of characters and an interesting story, along with a ton of quality of life improvements, make this still feel as modern as anything coming out today. While the main plot could have come into focus a bit sooner, and I do wish that the return of some beloved characters hadn’t come at the expense of our core cast, I’m already excited for the next chapter, Trails to Azure, which is set to release next year.

Full disclosure: This review is based on a copy of The Legend of Heroes: Trails From Zero provided by the publisher.