Made in Abyss: Binary Star Falling into Darkness Review: a real cliffhanger 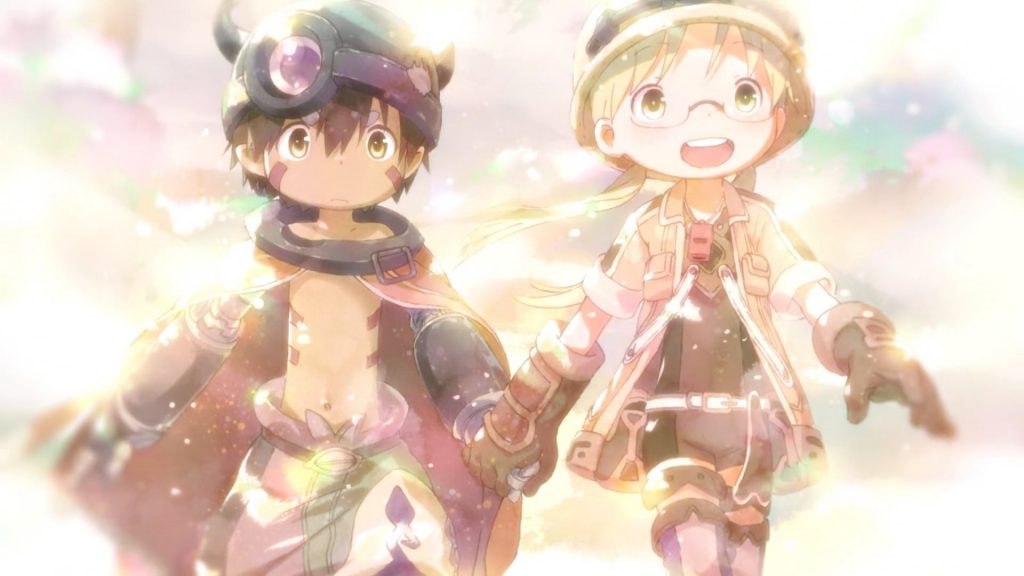 In a world where humanity has set foot on both poles, the highest mountain, and even the moon, it feels like an entirely foreign concept that any stone be yet unturned. But that’s the reality for Riko and everyone else in Orth, a city precariously perched on the highest layer of the abyss. A seemingly bottomless pit, brave cliff divers scale the abyss’ walls for valuable relics, which are in turn sold to the highest bidder. Down, down, down into the cavernous depths they go; and while there’s certainly danger in the descent, the curse of the abyss awaits all those who return to the surface… 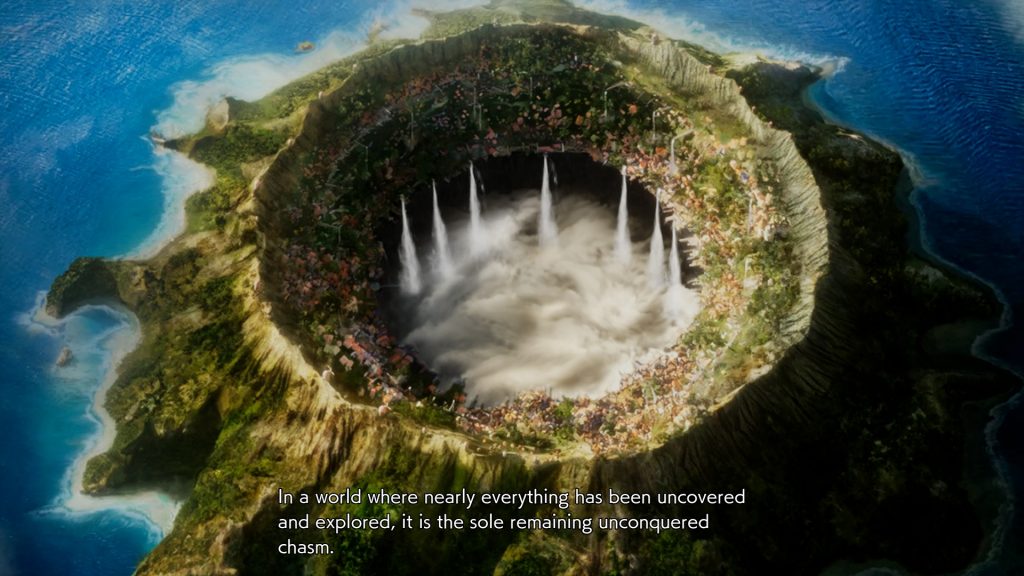 For those unfamiliar with the anime / manga series, Made in Abyss: Binary Star Falling into Darkness is based off the story and world of Made in Abyss by Akihito Tsukushi. There is a massive amount of lore that is brilliantly conveyed through the eyes of orphaned school children, learning all they can about the abyss, its untold riches, and its oft-fatal curse. Typically parentless due to the abyss itself, these children are trained in the careful art of cliff diving, instructed to venture forth into the depths to retrieve valuable relics. These relics are then sold to the highest bidder, the money used to fund the orphanage and future expeditions. Those with many successful (and lucrative) expeditions under their belts graduate from red whistle to blue whistle and are allowed to descend into deeper layers; those who are unsuccesful usually find themselves at the bottom of the pit much faster than anticipated…

While the descent is fraught with dangers around every corner — from simply falling off the ledge to being ripped asunder by primeval creatures — it’s the ascent that proves to be just as treacherous. The Curse of the Abyss affects cliff divers differently depending on which layer they’re ascending from; if coming from the first layer too quickly, adventurers can expect to feel nausea and dizziness, while the second layer adds to those symptoms intense nausea, headaches, and numbness. Complications felt from the third layer include visual and auditory hallucinations and a loss of balance, and things take a turn for the gruesome from the fourth layer when intense pain and bleeding from every orifice is added to the list. Cliff divers ascending from the fifth layer will experience the loss of all senses (resulting in confusion and self-harm), while the return from the sixth layer means the loss of one’s humanity… or life. 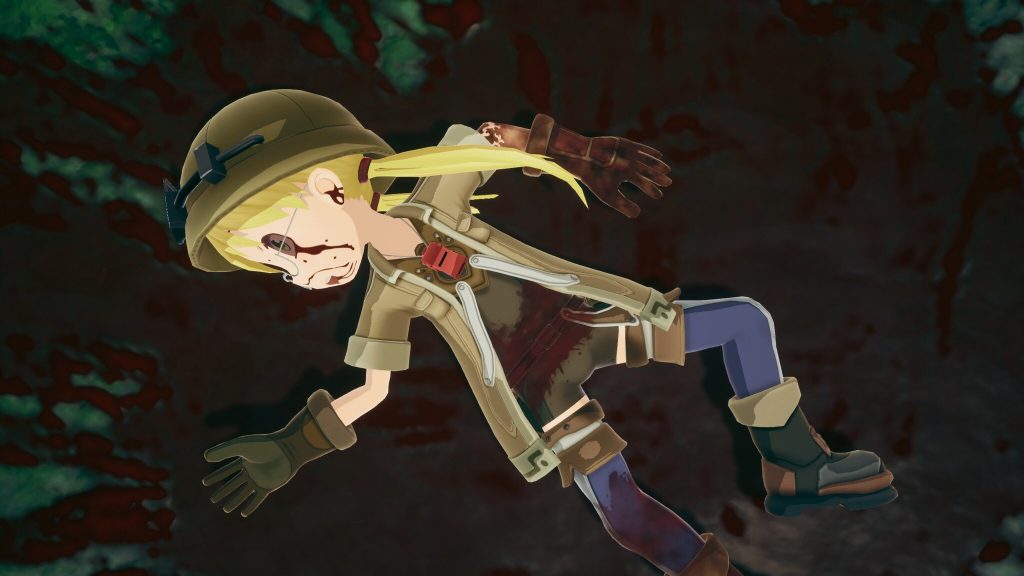 Made in Abyss: Binary Star Falling into Darkness is broken up into two parts — first is Hello Abyss, which is a tutorialized, playable rendition of the first season of the anime, followed by Deep in Abyss, which is an original storyline made for the game (with supervision by the manga’s author). Hello Abyss must be completed before players are allowed to undertake Deep in Abyss, a questionable move for any reasons. Firstly, the tutorial is several hours long; while it can be completed in 3 hours, that’s only if you’re given fair warning and know to rush through it since none of it impacts the second portion of the game. I spent far too much time agonizing over every last item and enemy, unkownlingly wasting time playing as Riko and Reg.

Second, the tutorial teaches some bad habits that makes for a lengthy adjustment period once Deep in Abyss begins. The tutorial removes a number of mechanics, including breakable weapons, so your first run after the tutorial will inevitably leave you flat on your face after attempting to go guns blazing into the bottomless pit. I think it’s awesome that fans of the anime can play through the first season beat by beat, but it being a forced experience makes for a much harder landing once you create your own character and the training wheels are instantly vaporized. 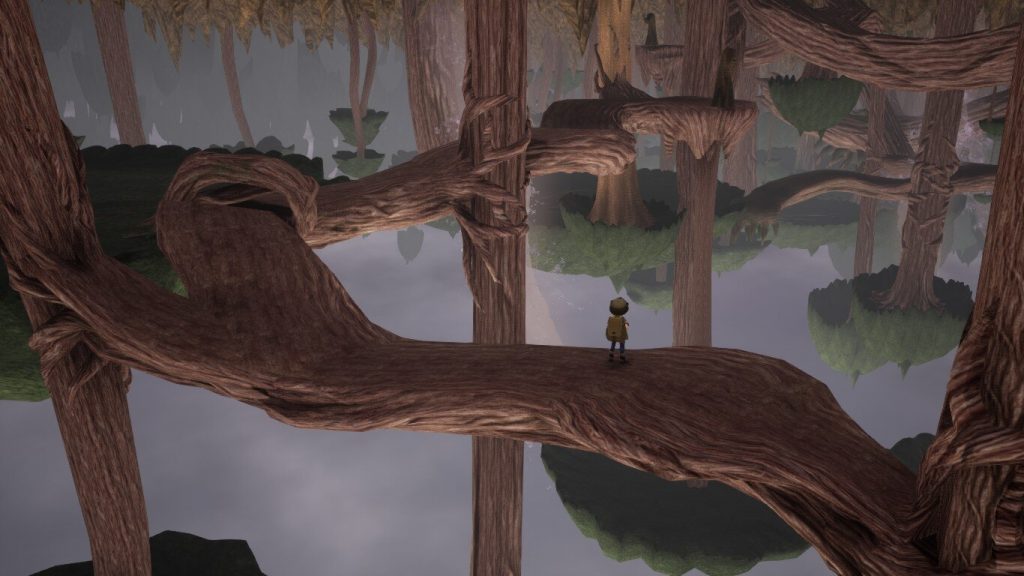 Speaking of gameplay, Made in Abyss: Binary Star Falling into Darkness is honestly a pretty cool experience once you get the hang of it. As someone who has been voraciously consuming every last Mt. Everest documentary, I feel confident in saying Made in Abyss: Binary Star Falling into Darkness is right on the money for an inverse alpinist survival game in terms of the ongoing mental battle between craving progress vs. knowing when to pull back in order to survive. A common phrase you’ll hear Mt. Everest summiters say is “I didn’t conquer the mountain” because it’s unconquerable — your successful summit push was a confluence of events largely impacted by a ton of assistance, good choices, meticulous preperation, favorable weather, and sheer luck. Knowing when to turn back is often the key factor in whether or not someone makes it home alive; in this game, the same is true, and speaking as an armchair alpinist (heh), this is as close as one can mentally get to the real thing.

Case in point — in my first attempt into the abyss after the tutorial, I casually explored every nook and cranny, getting into fights with infinitely spawning primeaval creatures and picking up every object I came across. This run had been going fine up until an extremely dramatic scene, followed by my pickaxe breaking due to overuse. Unable to craft a new pickaxe due to a lack of necessary materials, I struggled to climb my way up the cliff face, fighting off the dreaded curse while fleeing aforementioned infinitely spawning primeval creatures, keeping exact pace with me as they flew in tandem with my every move. Just as my health dwindled down to zero due to butterfly attacks, I summited — only to succumb to my injuries and fall silently into the endless unknown. 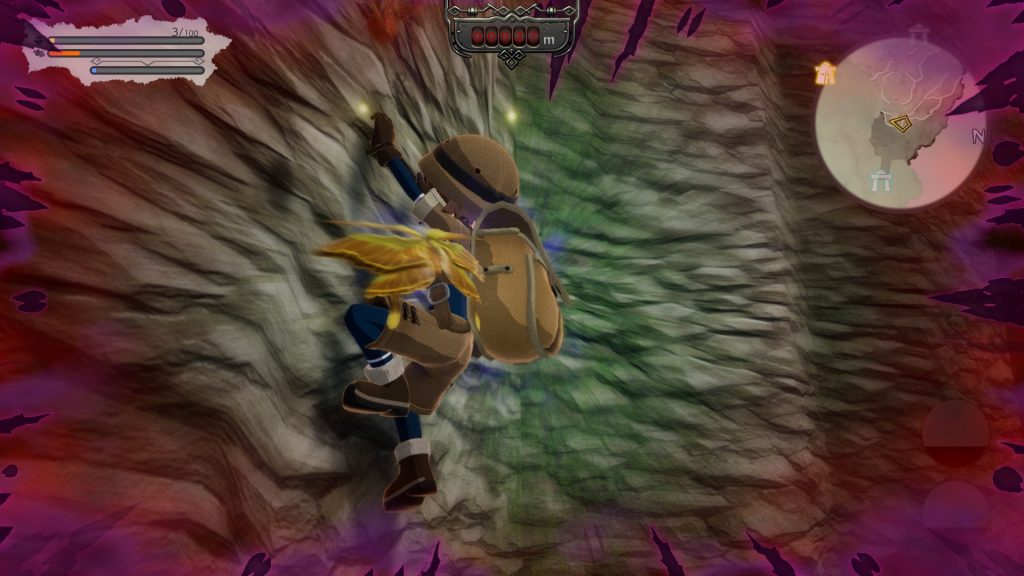 Although I admit that’s an extremely frustrating experience that made me immediately shut the game off for the evening, it underscores the importance of how much planning ahead is key. Remember, it’s not enough to descend to the required layer — you must ascend to the surface again and make it back home alive as well. Merely descending is only half the journey; returning is what makes the dive a successful one. After taking some time to cool down and think about my missteps, I booted up the game again, judiciously used my breakable tools to look for materials to craft more, and crept silently around enemies instead of attacking to ensure I made it back safely. Don’t let its adorable art style fool you into thinking Made in Abyss: Binary Star Falling into Darkness is going to be easy — this survival game will really separate the children from the adults (in more ways than one — and if you think that was dark, just wait until you see all the gory ways these kids can die!).

I know Made in Abyss: Binary Star Falling into Darkness is a survival game and is meant to be difficult, but there are some aspects that desperately need balancing. For one, the primeval creatures need to spawn less often, as they’re wont to immediately appear right after being killed. It’s fine when you’re just walking around since you can crouch to hide, but when you’re climbing up cliffs the flying ones will relentlessly pursue you until one of you dies (sucks to be you if you’re weaponless). You also can’t heal while crouched, so if you’re moments from death and surrounded by enemies, you have to choose between staying perfectly hidden in crouch mode or taking the chance to stand up and try to heal — more often than not, the latter will get you killed… again. And although controls are remappable, the default PC ones are confusing, especially if trying to play with a controller. I ended up having to play with both a keyboard and controller simultaneously, which made the going all the more slower (and failure all the more frustrating).

If you’re a fan of Made in Abyss, then Made in Abyss: Binary Star Falling into Darkness will certainly interest you; however, those unfamiliar with the story should wait for an update or two before taking the plunge. The premise is amazing, the story is intriguing, and the dark emotional depths it delves into genuinely shocked me on multiple occasions, but the going is slow and the execution is clunky. There’s a fantastic survival game here unlike any other that presents well on the surface, but dive deeper and you’ll find a whole slew of balancing issues that desperately need sorting. Keep an ear to the ground for a more balanced Made in Abyss: Binary Star Falling into Darkness — there’s something waiting for players at the bottom of all this, but the journey is far more excrutiating than it needs to be at the moment.

Editor’s note: This review is based on a digital copy of Made in Abyss: Binary Star Falling into Darkness provided by the publisher. 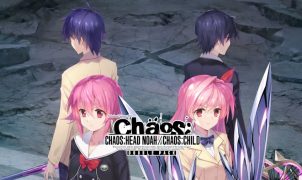 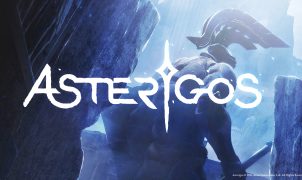