Picture the scene: London has become a nightmarish dystopia of poverty, crime and corruption where shady billionaires stash their dirty money and use it for diabolical schemes. Now that I’ve finished describing present-day London, let’s talk about Sunday Gold, set in 2070, where things have apparently gotten even worse. The main character is a small-time career thief named Frank Barber, notable for possessing both a stylish quiff and a mountain of debts that are about to come due.

The only way Frank knows how to raise a heap of cash quickly is to pull off some heists. He teams up with his long-time partner-in-crime, the buff underground boxer Sally, and a disillusioned IT Specialist named Dylan. Together they try to steal some top-secret data from a wealthy tycoon, but end up stumbling into far-reaching conspiracies and making powerful enemies in the process.

Sunday Gold is an innovative mix between a classic point n’ click adventure game and a turn-based JRPG-style dungeon crawler. During the exploration stage, Frank, and any other character who’s accompanying him, will have a certain amount of action points. Party members can use action points to do things like opening doors. talking to people or picking up items. Once action points have been used up, the only way to refresh them and continue progressing through each heist is to end the turn. 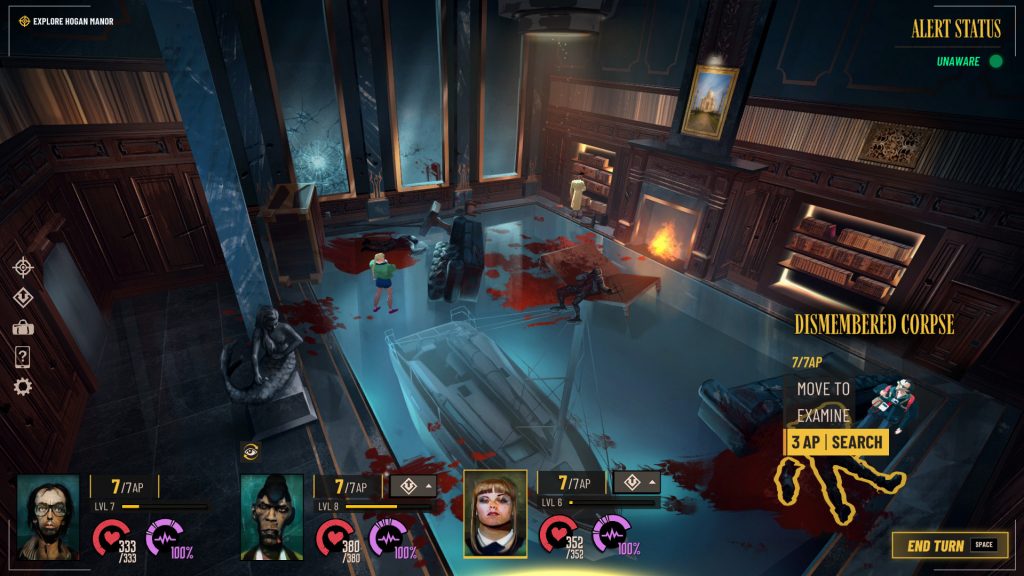 When ending turns, the enemy alert level can go up, leading to a greater likelihood of Frank and his crew meeting tougher foes. This mechanic does a great job at ratcheting up the tension and making your decisions seem meaningful. Though taking the time to scavenge around for more supplies to keep the party in good health may be useful, it can lead to the alert level rising. It can also leave you vulnerable since each character’s action points are shared between exploration and combat, and it can leave the party in dire straits to walk into combat with little to no action points to spend.

Another thing that really makes the heists more immersive is the composure mechanic. Each character has not only a bog-standard hit point gauge but also one for their composure. Composure can be affected by stressful events during the course of exploration such as seeing a mauled body or recalling a terrible memory. It can also occur when using more than a character’s allotted action points in combat, wearing on their nerves.

When composure gets low enough, characters will panic in combat, imposing increasing penalties on them. At first, there will be a time limit on choosing their actions in each combat round, then there will be increasingly horrible status inflictions unique to each character as well as visual effects such as Dylan hearing mocking voices in his head. 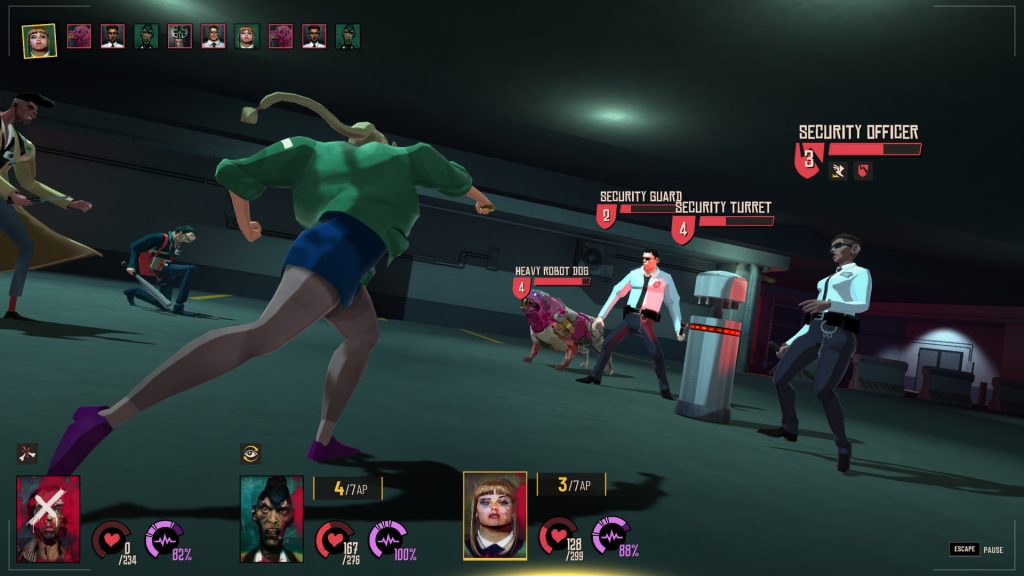 Despite being set in London, Sunday Gold’s battles feel very much like a good old-fashioned JRPG when it comes to battling. It conforms to the same trappings of foes being weak or strong against different damage types and there being certain dedicated roles in the party for healing (Sally), tanking (also Sally), buffing (Frank) and crowd control (Dylan). Although it’s not too complex, with each turn being a standard afair of standing in front of foes and taking turns to batter them, without having to worry about movement and positioning. Fortunately, there’s a deep and unique upgrade tree for each character where they can improve special skills to make the most of their abilities.

Dylan in particular has a skill that disables robotic foes, but he can be left vulnerable as he takes a turn to charge up this powerful attack. This can be offset by having Sally taunt opponents, drawing their ire and improving her own defences to tank the damage. When there’s a little breathing room, Frank can then use his “mark” abaility to increase the damage and chance to hit on an individual enemy, letting the party finish off a high-health opponent more quickly. Spending upgrade points can reduce the action point cost of each ability, letting you focus on abilities from each character that work well together.

None of the characters is alike and there’s plenty of scope to customize their development so they complement each other well. 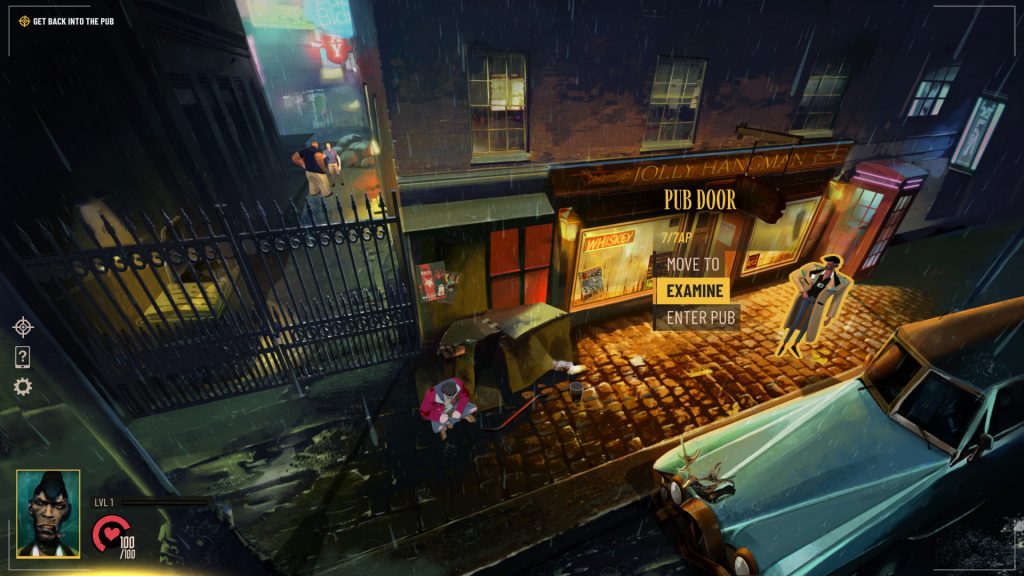 To progress and pick up some more goodies, the crew will have to pick locks, hack computers and shift heavy items. These obstacles can be surmounted by completing mini-games that’ll feel instantly familiar to fans of the Bethesda-era Fallout games. Dylan can hack computers by trying to figure out a sequence of numbers with lights hinting at which numbers are correct and which are invalid or in the wrong place. Frank picks locks by moving a cursor over a tumbler’s “sweet spot” and clicking at the right time. Sally pushes objects aside by simply moving a wavering cursor to the right zone. Though these mini-games aren’t exactly re-inventing the proverbial wheel, they’re an entertaining interlude that keeps things fresh.

The dynamic mix of gameplay styles keeps each heist from getting repetitive as each segment of exploration ratchets up the tension for the next combat. Often they’ll be in close proximity such as Dylan trying to hack his way into opening an exit for the party whilst the others defend against an onslaught of security guards and combat drones. It can feel a lot like the Shinra Tower segment of Final Fantasy VII sometimes, and I mean that in the most flattering way possible. Since Midgar was essentially a multi-layered London with magi-tech anyway, Sunday Gold is well within its rights to capture a similar vibe. 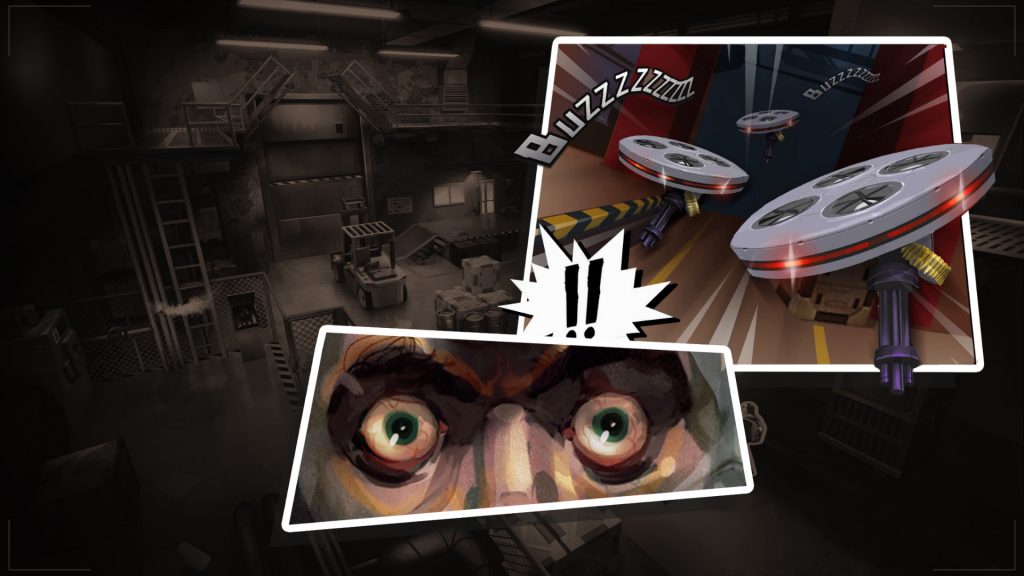 Though Sunday Gold blends two different genres to great effect, it also inherits the problems of those two genres. Far too often, the solution to a puzzle will require waving your cursor over every inch of the screen, trying to find some interactable object to click, hoping it will get you an item you need to progress. Though Frank has an ability that scans his surroundings for interactable objects, it only highlights them for a second and doesn’t discriminate between objects you’ve already searched and ones you haven’t. This makes the ability frustratingly useless. I can only hope it’s patched in due course.

There was one puzzle early on that required me to search for clues to figure out a password. Countless red herrings were scattered around: birthday dates of friends, numbers on post-it notes and words curiously highlighted on pamphlets. The solution to the puzzle ended up being obvious after simply re-examining a piece of the scenery I’d already looked at. Again, another puzzle slowing things down by forcing me to scan around with my cursor and click everything twice rather than genuinely use my brain. Since there are some genuinely clever head-scratchers and great finesse-heavy minigames, it’s a shame they are mired in lower-quality puzzles.

Sunday Gold is an intriguing mix of genres that really does a good job at capturing the intensity of a criminal crew going on a high-stakes heist. Sadly, its breakneck pace is often slowed down by too many puzzles that require tedious pixel-hunting to progress. Nonetheless, it’s well worth persevering for the stylishly presented story and exciting capers. If your cup of tea is cyberpunk cockneys havin’ a right laugh uncovering labyrinthine conspiracies and making a few bob in the process, then you’d best have it, my son.

Full disclosure: This review is based on a review copy of Sunday Gold provided by the publisher.