Going Rogue Has Never Been This Fun 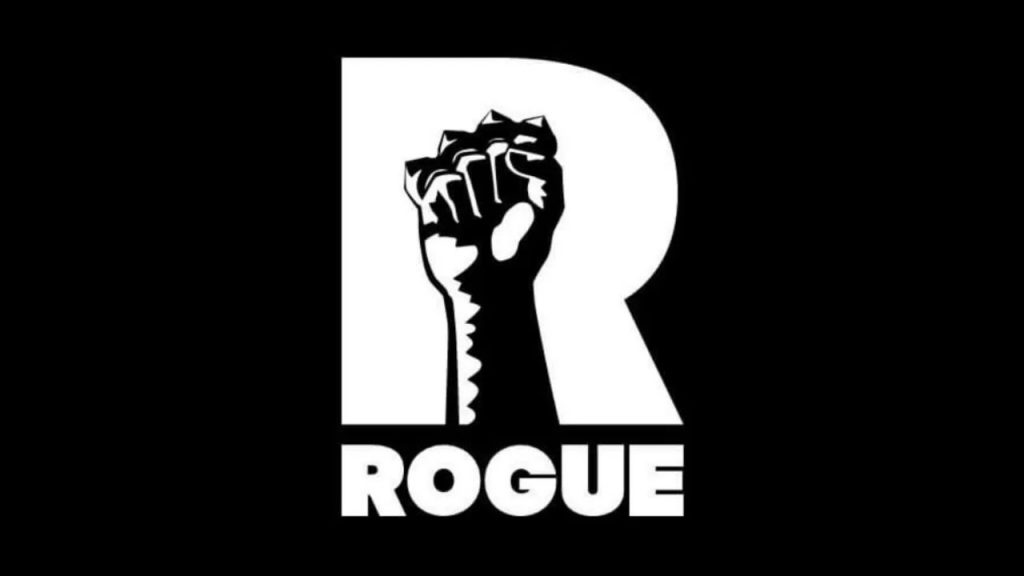 There was a wealth of indie games to explore at PAX West this year. But one of the publishers I was most excited to meet up with was none other than Rogue Games. Lately whenever I discover a promising new indie vision, I see they’re the ones publishing it. So I set aside a long chunk of time in order to demo everything they had at the show. There were five games in total – Cookie Cutter, Dust & Neon, The Last Case of Benedict Fox, Seafrog and SPRAWL. I’ll list them below in the rough order I demoed the titles. 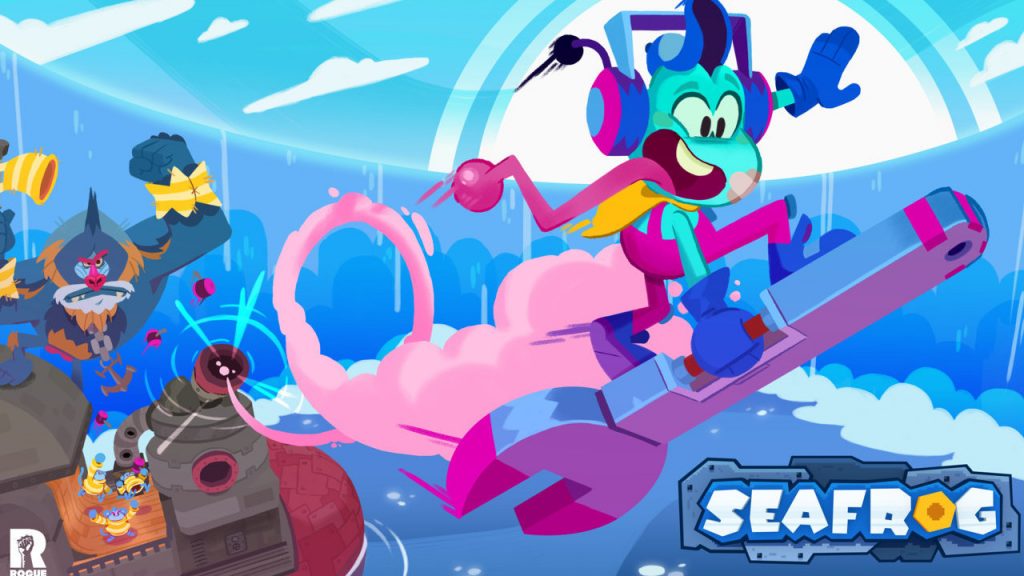 First up, I got to check out the colorful and unique Seafrog. It touts itself as a Metroidvania, but the demo I experienced was more of a mashup between Tony Hawk and Sonic the Hedgehog. You play a skateboarding frog that is helping repair a massive ship. The key to the game is momentum, and I was pretty comically bad at attaining it. Regardless, the game is very fun and I can see the potential already. By doing tricks in mid air, you’ll increase your combo and momentum, and there’s all sorts of insane tricks you can do.

Next up I got to try Dust & Neon. I’m a big fan of twin-stick shooters, and this is a mix of that genre and robotic cowboys. It’s also a rogue-lite adventure, so this is not one for the faint of heart. Once I got the hang of the need to press a shoulder button to aim my shots, it was very intuitive. There’s neat little touches like reloading each bullet while your hand is pushing them into the cylinders on the screen. Foes are fast and furious, but you can take cover and shoot at them strategically. All this on top of a lovely cel shaded, comic book aesthetic. Honestly, the moment this one gets announced for consoles, I’ll be playing it nonstop.

Next up was The Last Case of Benedict Fox. Unlike the other Rogue games at PAX West, this one isn’t just coming to PC, but to Xbox consoles as well. I was captivated by the game when it was announced earlier, since it mixes eldritch madness and moody style with the Metroidvania genre. There’s a mystery you’re investigating, but you’re not alone. You have a demonic entity bonded to you, and it actually plays a little like the symbiote in Venom. It’ll grapple onto things with ghostly tentacles and help you fight. The combat was pretty fast and occasionally unforgiving, but still enjoyable. The exploration was pretty limited in the demo itself, but I can tell this will be a stunning adventure.

One of the Rogue Games I was most excited about demoing was Cookie Cutter. This one was also a Metroidvania, but a much more visceral and combat oriented one than Benedict Fox. You play a pretty pissed off android named Cherry, and your driving motivation seems to be beating the crap out of everything in your way. Also, while all the games I demoed with Rogue Games had unique and attractive artwork, this one easily took the cake. It was gorgeous and hand drawn, and it was a joy just to watch what happened on screen. 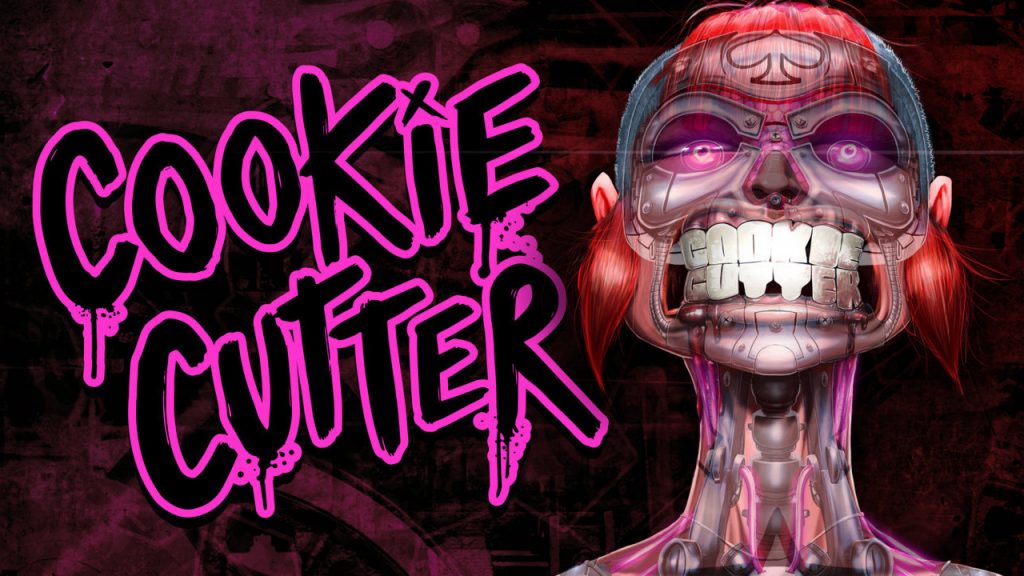 Cherry is armed with all sorts of vicious attacks that can wreck foes, including a chainsaw used for special occasions. It’s easy and fun to chain together attacks and juggle foes. What I found especially interesting was there’s no health pickups in the game, and instead you have to use your special meter to refill your health. Honestly, the only complaint I had with Cookie Cutter was its reliance on the counter move, which was actually necessary to beating some bosses. Otherwise, this is an incredible and visually mesmerizing Metroidvania I’m quite excited about.

Lastly I managed to play SPRAWL with Rogue Games. I’d like to say I saved the best for last, but honestly I’m pretty horrible at the FPS genre, and this was a game made for experts. That said, the moody aesthetic of the game was compelling, and it was cool how you could slow down time to get headshots. In fact, the game relies on this mechanic, as it’s the only way to get item pickups. You can also do some stunning platforming feats while running from mechanized dogs and brutal soldiers. If you’re a fan of the genre, you’ll probably love this challenging shooter.

And there you all have it. Rogue Games had a bunch of amazing titles to check out at PAX West. While the only system they’re all confirmed for right now is PC (and Xbox for Benedict Fox), Rogue is committed to bringing their titles to every console available. So be sure and stay tuned to HPP for any key updates about these promising indie visions! 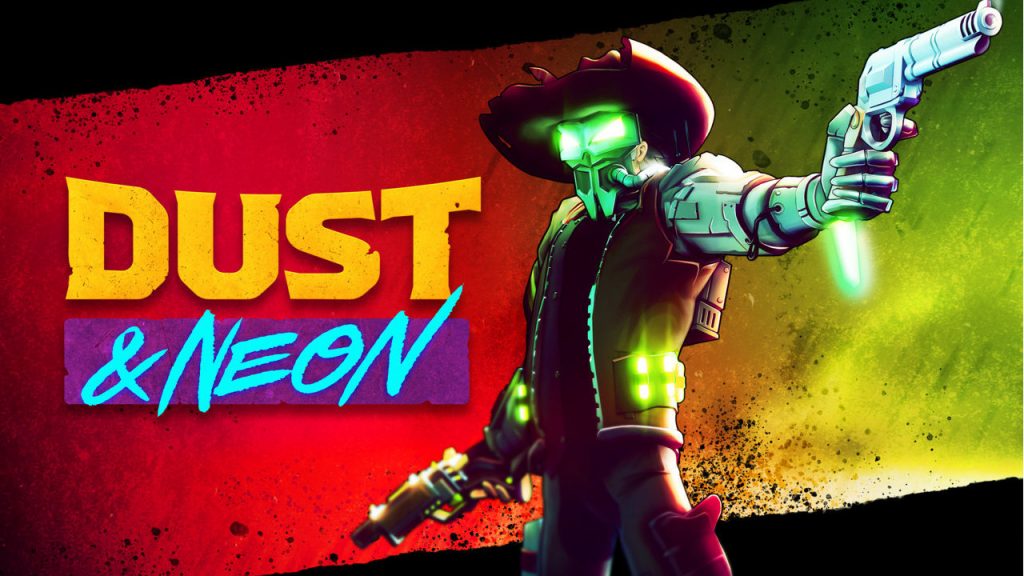 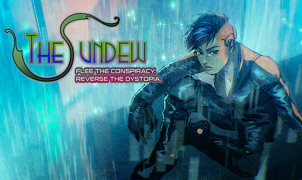