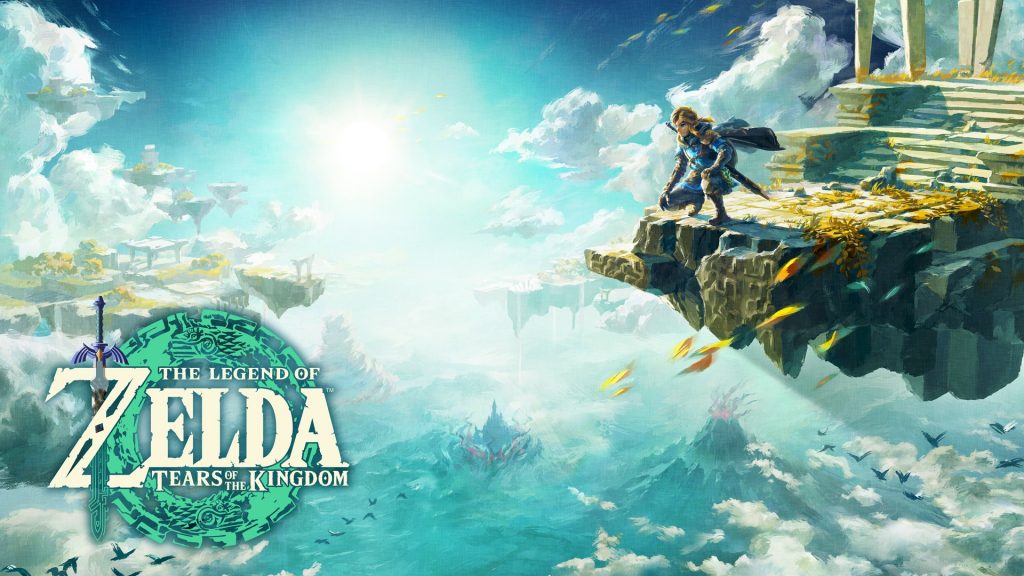 Today’s Nintendo Direct featured a huge assortment of new announcements and reveals. While a few heavily rumored games didn’t show up, there should be something in this direct for most any player.

Opening up the Direct, Nintendo revealed the latest game in the Fire Emblem series, Fire Emblem Engage. We have a full article on this one available so definitely check it out. Fire Emblem Engage is set to release on January 20th, 2023 with a special Divine Edition to come as well.

That was followed by the announcement that It Takes Two, the surprise hit co-op title about a couple going through relationship troubles, is coming to Switch on November 4th. You can check out our review of the PS4 version now for more details.

Fatal Frame fans have waited a long time to play the series’ fourth installment which was a Wii exclusive which never left Japan. They won’t have to wait much longer as Fatal Frame: Mask of the Lunar Eclipse is coming to the west in early 2023. In addition to the Switch version it will launch on PS4, PS5, Xbox One, Xbox Series X|S, and PC. Check out our full write up for more details. 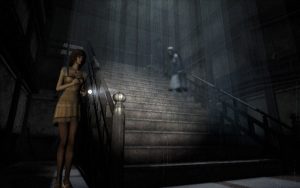 I’m a big fan of Xenoblade Chronicles 3 so news that the second wave of the Expansion Pass is coming October 13th puts a smile on my face. This new update will include a new hero called Ino, as well as a variety of outfits and challenge battles. Check out my review of the full game.

SpongeBob Squarepants: The Cosmic Shake is a brand new platformer featuring the series’ original voice cast that is set to release in 2023. This original platformer seems to be coming thanks to the success of the Bikini Bottom remaster that released in 2020 and is being made by the same team. It will launch on other consoles and PC as well.

I can only speak for myself, but a Fitness Boxing spin-off to Fist of the North Star was not on my Bingo card for today’s Direct, but its coming in March of next year. When I saw this one I first assumed it was a port of the PS4 Fist of the North Star game from Ryu Ga Gotoku studio but it is fully its own thing. 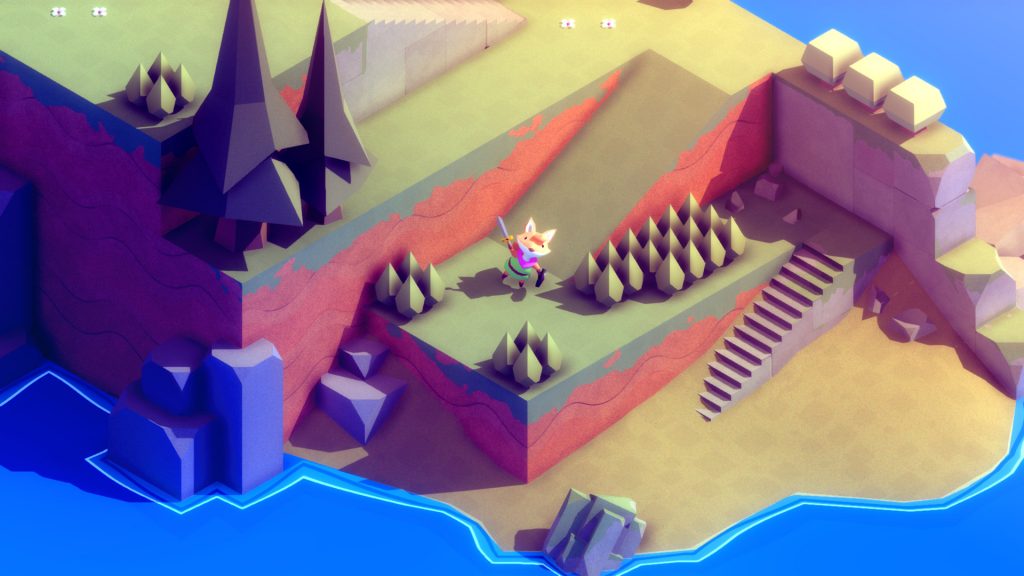 The Switch becomes the latest platform to see a release of Tunic on September 27th. I reviewed the game on Xbox earlier this year and its still one of my favorites this year. I highly recommend those who haven’t played it yet to check it out.

Fans wondering what was going on with the Front Mission remakes announced earlier this year don’t have to wonder much longer. Front Mission 1st: Remake is now set to release this November. The remake of the second game, which has never seen a US release, is still set for next year. The developers also have now announced a remake of Front Mission 3 is coming as well, though that’s clearly further off.

Story Of Seasons will continue remaking all their past games seemingly as Story of Seasons: A Wonderful Life looks to rerelease one of the most popular games in the series in summer of 2023. So far this one is only announced for Switch but it seems a candidate to release on other systems as well.

Splatoon fans enjoying the newly released Splatoon 3 can get their splat on in the game’s first post release Splatfest from September 23rd to September 25th. 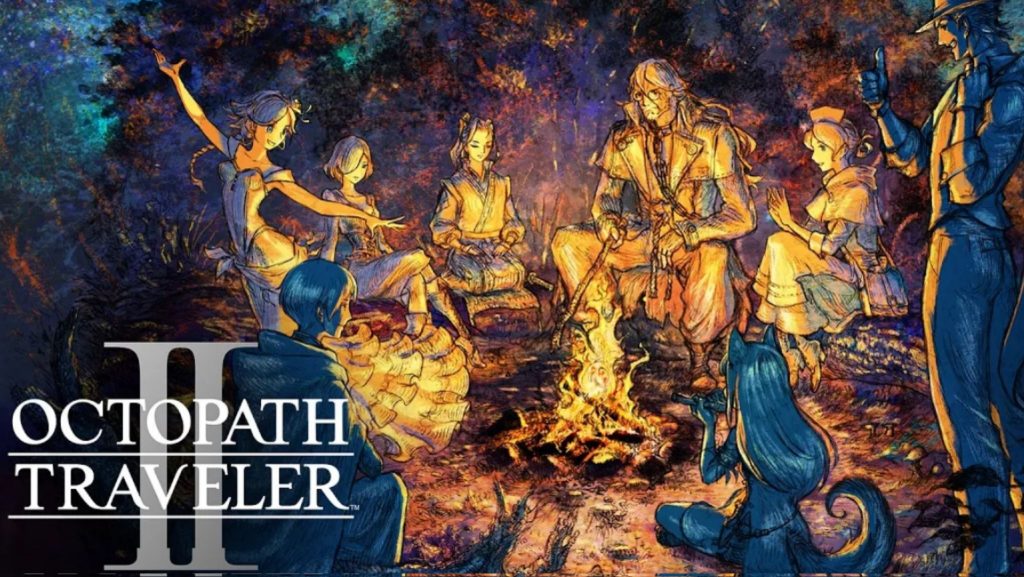 Another major announcement is the announcement of Octopath Traveler II. Featuring 8 new characters, it looks to be telling another unique story. What stood out most to me in this announcement was the mention of intertwining stories, giving me hope that the first game’s issue where each story was entirely separated, no matter who was in your party, might be cleaned up this time around.

Perhaps the news I’m most excited about from today’s Nintendo Direct is the announcement of Theatrhythm: Final Bar Line. Set to feature 385 songs, plus another 27 in the season pass, this promises to feature all the best music from the Final Fantasy series in the series’ first release since 2016. These are some of my favorite rhythm games and I can’t wait to play this latest title. There will even be post-launch DLC from the Saga series, Nier series, and Octopath Traveler. There will be 90 more songs between these releases. You can expect to play Theatrhythm: Final Bar Line on February 16th. 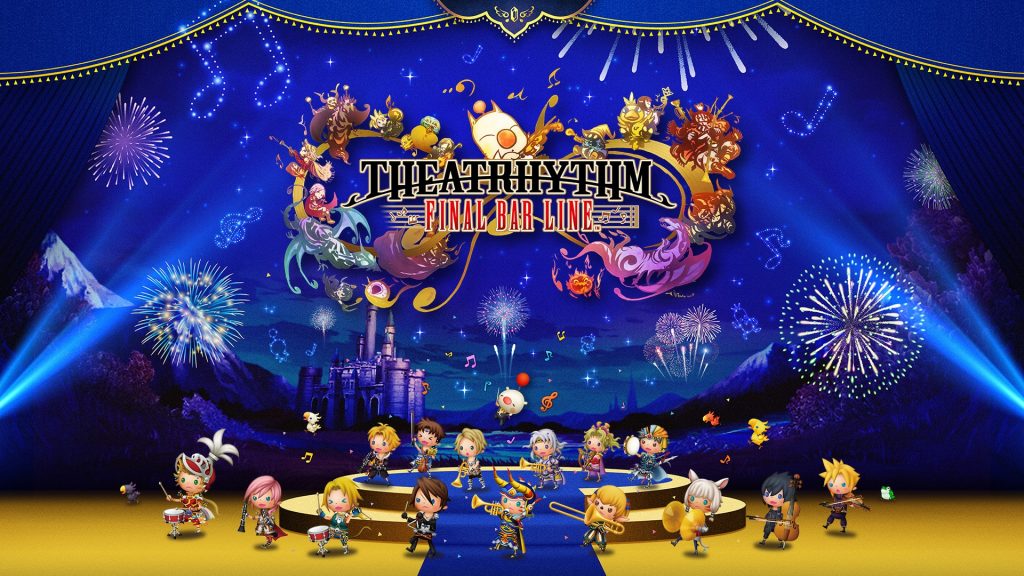 Mario + Rabbids Sparks of Hope showed up briefly to remind us that it releases October 28th. A gold edition with weapon skins and the season pass, which recently was revealed to include Rayman, will also be available.

Nintendo also took the time to show off some of the N64 games coming to Nintendo Switch Online + Expansion Pass in 2022 and 2023. These include Pilotwings 64, the first three Mario Party games, Pokémon Stadium, Pokémon Stadium 2, 1080 Snowboarding, and Excitebike 64. That’s some heavy hitters but they saved the biggest for last. Goldeneye is also joining the service with online play sometime soon. 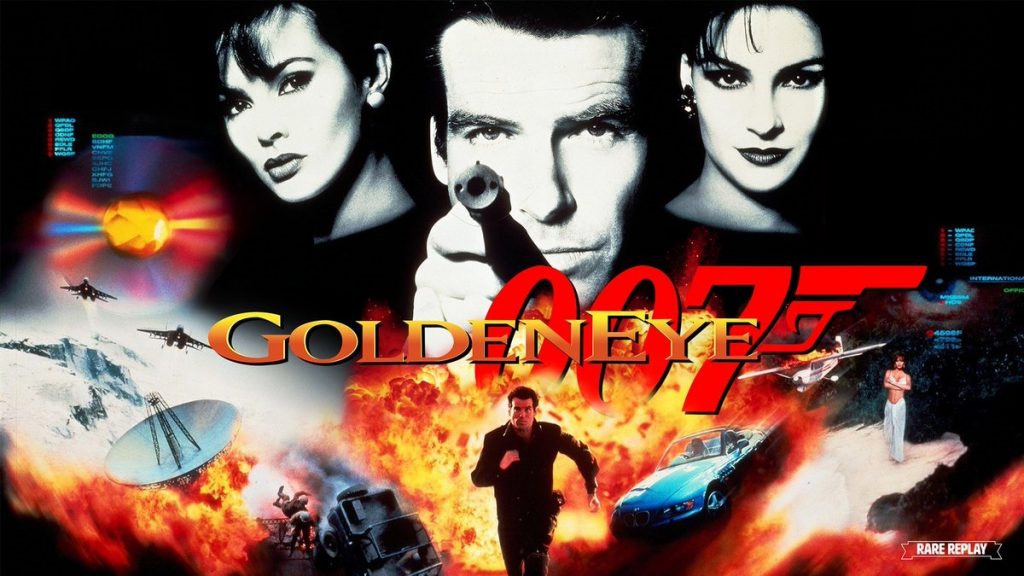 Various Daylife drew acclaim when it released exclusively on Apple Arcade back in 2019, but it is now releasing on Nintendo Switch and will be available today.

Factorio is also getting a Switch port on October 28th.

Ib, a 2D adventure horror game set in an art gallery is coming to Nintendo Switch in Spring of 2023. It definitely stood out to me among today’s reveals.

Fans of Mario Strikers: Battle League will soon have two new characters to check out when Diddy Kong and Pauline join the action in a free update this month.

Atelier Ryza 3: Alchemist of the End & The Secret Key is coming February 24th, 2023. That’s a quick turn around from the second game which released just last year.

Nintendo had updates about some other DLC too. Wave 3 of the Mario Kart Booster Pass is coming this holiday season, though whether that’s before the new year wasn’t made clear. What was made clear were two of the included courses. Merry Mountain from Mario Kart Tour and Peach Gardens from Mario Kart DS will be part of this latest wave. Meanwhile, the promised golf update to Nintendo Switch Sports, which I reviewed earlier this year, is still coming this year though a little later than expected. It will feature 21 courses from throughout the series. 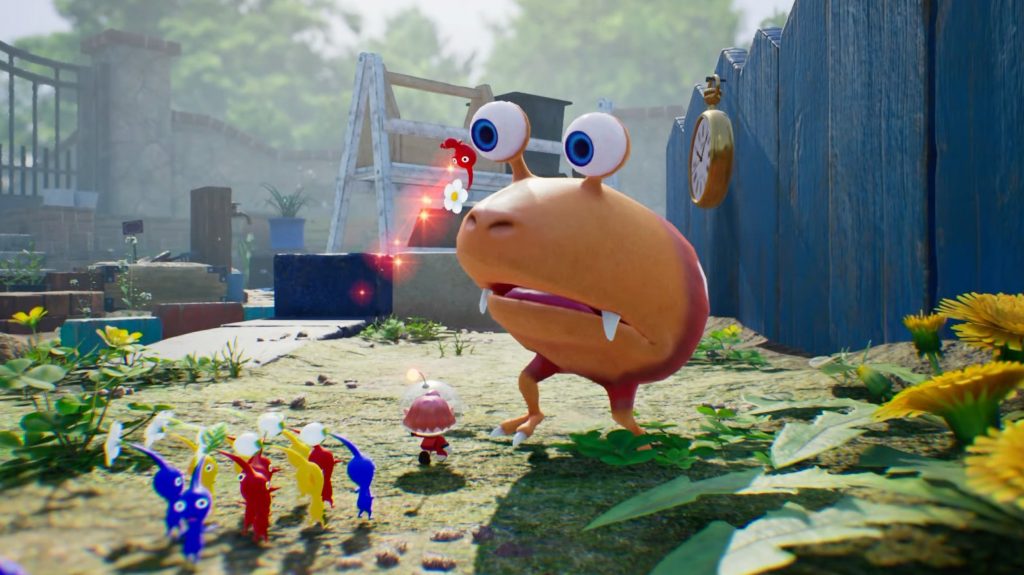 We haven’t seen as much of Shigeru Miyamoto lately but he was here during today’s direct. After reminding us all of the Mario movie coming early next year, he decided to talk about Pikmin. At first it seemed he was going to limit that to talk of the mobile game Pikmin Bloom, but in the end he revealed that Pikmin 4 is coming in 2023. We have a full writeup of this news.

Just Dance 2023 is coming with new multiplayer modes. Like it does every year.

Harvestella is one of our most anticipated games here at Hey Poor Player, so we’re as excited as anyone to find out a demo is available today, with the ability to carry your progress over to the full game. 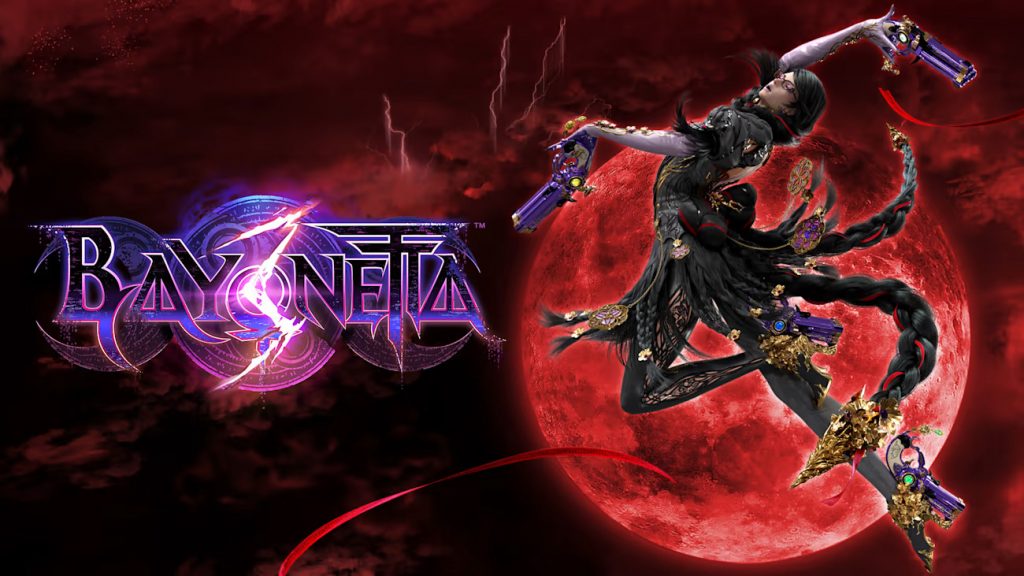 Bayonetta 3 is out on October 28th and Nintendo has a whole new trailer available filled with actual gameplay. Another of our most anticipated games, I can’t wait to see more.

A new game from the makers of the Danganronpa series is also coming to Nintendo Switch. Master Detective Archives: Raincode will have you playing as Yuma, an amnesiac detective, and Shinigami, a spirit haunting him. A trainee currently, Yuma will be looking into mysteries in a world of perpetual rain. Elements of the Danganronpa series are clearly included but this one looks more action oriented than those games. Definitely one to keep an eye on for early 2023.

Resident Evil fans who only have a Switch will soon have a variety of new nightmares to play, but only if they can pull the bandwidth. The remakes of Resident Evil 2 and 3, as well as Resident Evil VII and Resident Evil: Village are all coming to Switch this year but only as cloud streaming releases. 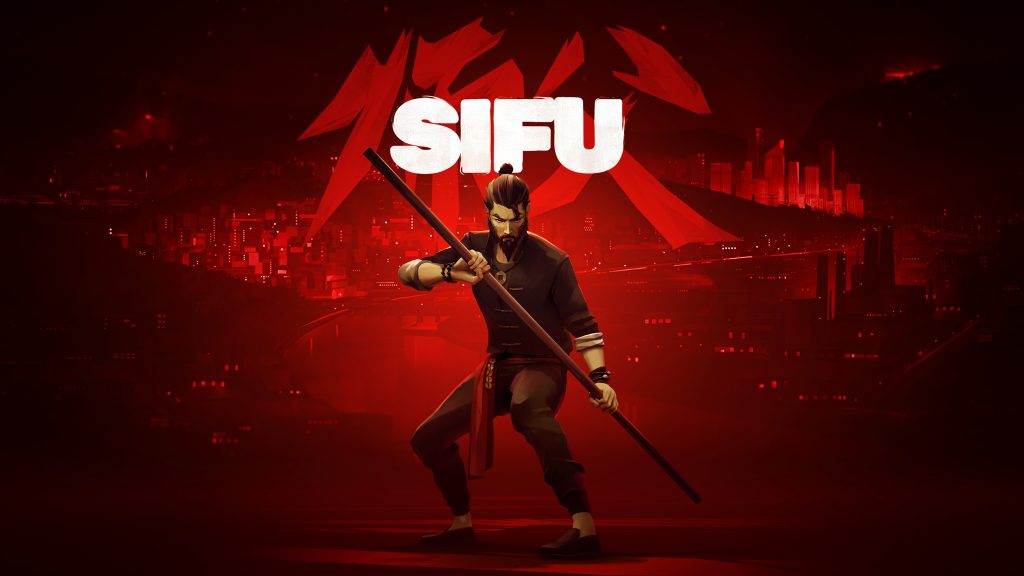 Sifu, one of the more interesting games I’ve played in 2022, is also coming to Switch on November 8th.

We were previously told Crisis Core – Final Fantasy VII – Reunion – was coming this year and that’s still true even if its cutting it close. It will release on various platforms December 13th.

My favorite small announcement today was the reveal that classic SHMUP Radiant Silvergun is coming to Switch and is available today. One of the best games the genre has ever created, Switch fans who haven’t played it need to check it out.

Some other small news followed. Sega’s roguelike Endless Dungeon is coming in 2023. Tales of Symphonia Remastered will hit Switch in early 2023. The Life is Strange: Arcadia Bay Collection is still coming to Switch this month after it was supposed to release with the other versions early this year. Romancing SaGa -Minstrel Song- Remastered is out December 1st. Lego Bricktales will release this year as will Disney Speedstorm. The second season of Fall Guys since going free to play is also set to come out on September 15th. 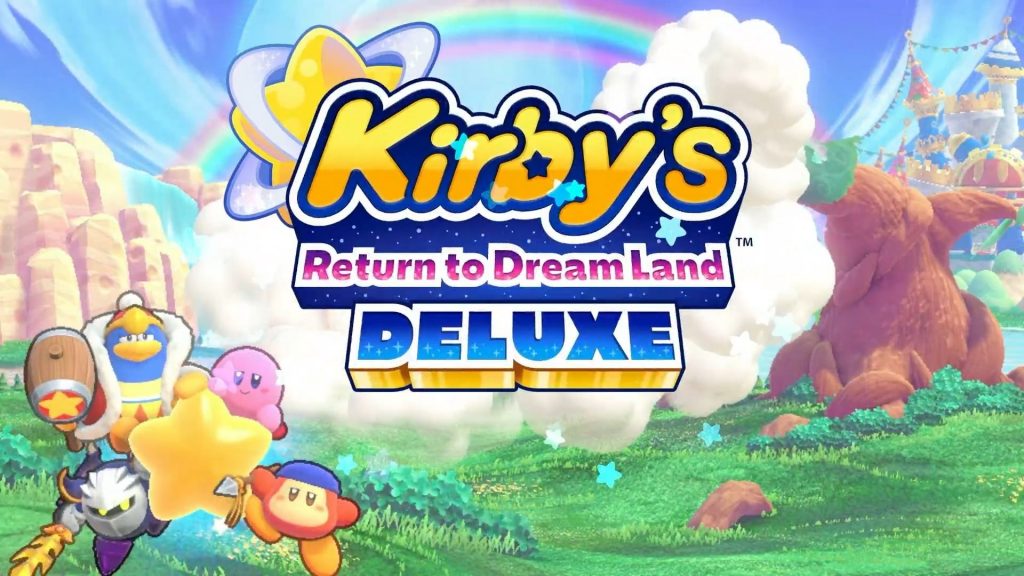 Kirby fans fearing 2023 might be a year without the pink puffball after his big 3D adventure this year don’t need to worry. Kirby’s Return to Dreamland Deluxe will release on Switch February 24th, 2023 as part of the celebration of the series’ 30th anniversary. This remaster of a Wii title will feature 4 player play and a new sub game for fans to check out.

The final reveal of the Direct was the title to the game previously known as The Legend of Zelda: Breath of the Wild 2. The Legend of Zelda: Tears of the Kingdom releases May 12th, 2023. We have a full writeup of this one as well. That’s it for today’s Direct. You can watch the full thing below. Make sure to let us know what you think in the comments.

Hatoful Boyfriend: Holiday Star – the video game gift equivalent of socks.   The time has come, the game devs said, to speak of many things. Of Christmas trees…