Taking On Time Delivery To a Whole New Level 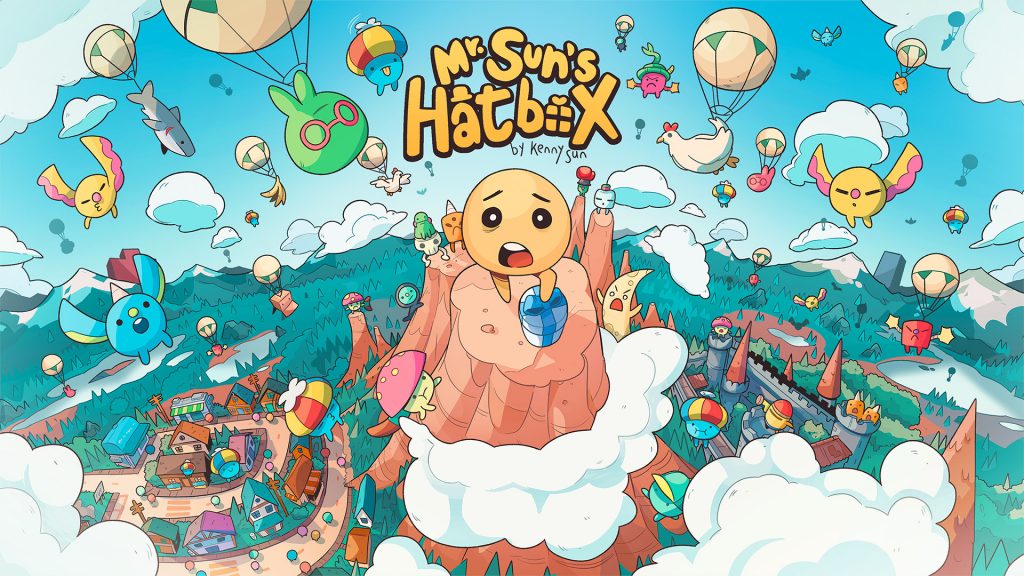 I knew that I had to stop by the Raw Fury booth at some point during PAX West. After all, they publish a lot of really cool and eclectic indie titles, and that’s kind of my focus. While I wasn’t able to demo nearly as many of their upcoming games as I wanted, the one I did book an appointment with was pretty nifty. Mr. Sun’s Hatbox is quite simply one of the most delightfully insane games I’ve played in some time. It’s a rogue-lite platformer developed by Kenny Sun that you can currently wishlist on Steam, and it may come to unspecified consoles at a later point. What matters is that Mr. Sun’s Hatbox is already a lot of fun. 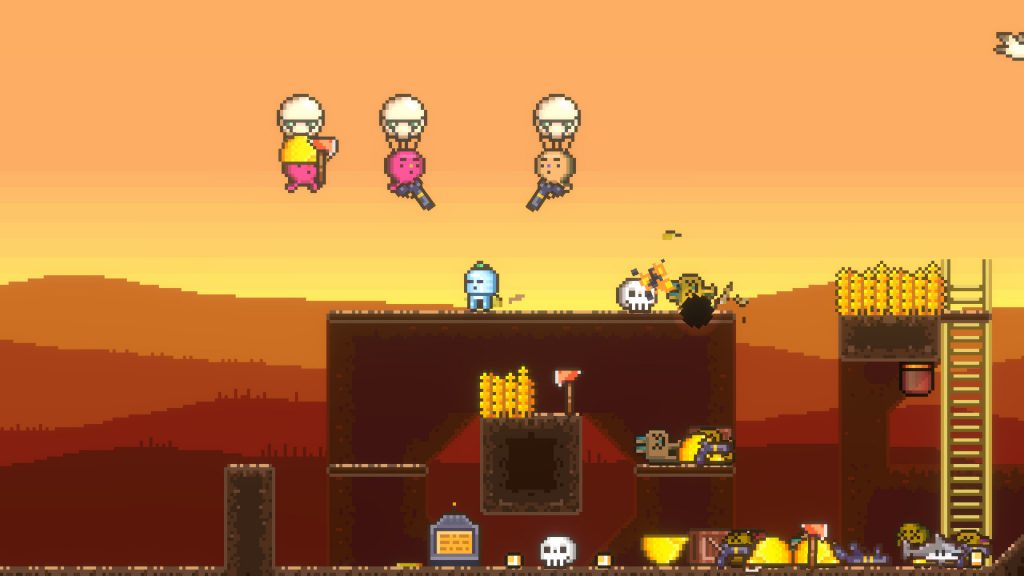 The intro to the game sold me pretty quickly. You’re essentially an overzealous UPS driver whose package gets stolen by mysterious men. While Mr. Sun isn’t gonna lose any sleep over it, your job is to get his hatbox back by any means necessary. If some criminals get their necks snapped in the process, all the better. 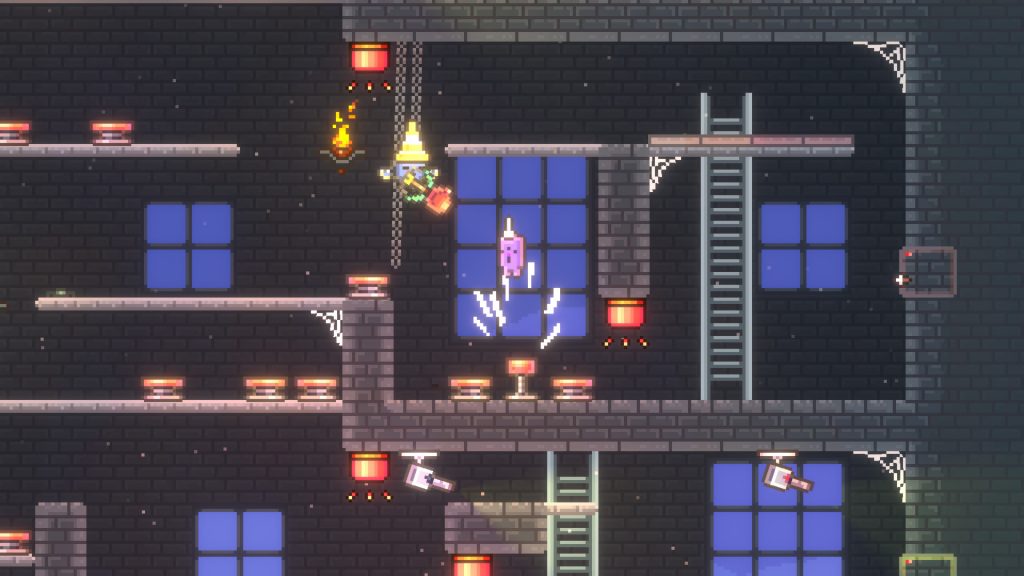 You can probably already tell that the offbeat humor of the game was a highlight for me, especially when contrasted with the cheery color schemes. The controls work pretty well with keyboard and mouse, though as a longtime console gamer, I wished I had a gamepad for the demo. Mr. Sun’s Hatbox actually does support gamepad support, there was just a minor miscommunication that complicated my demo. That said, it hardly prevented me from testing out the controls, though I did have more issues when I got past the intro section. 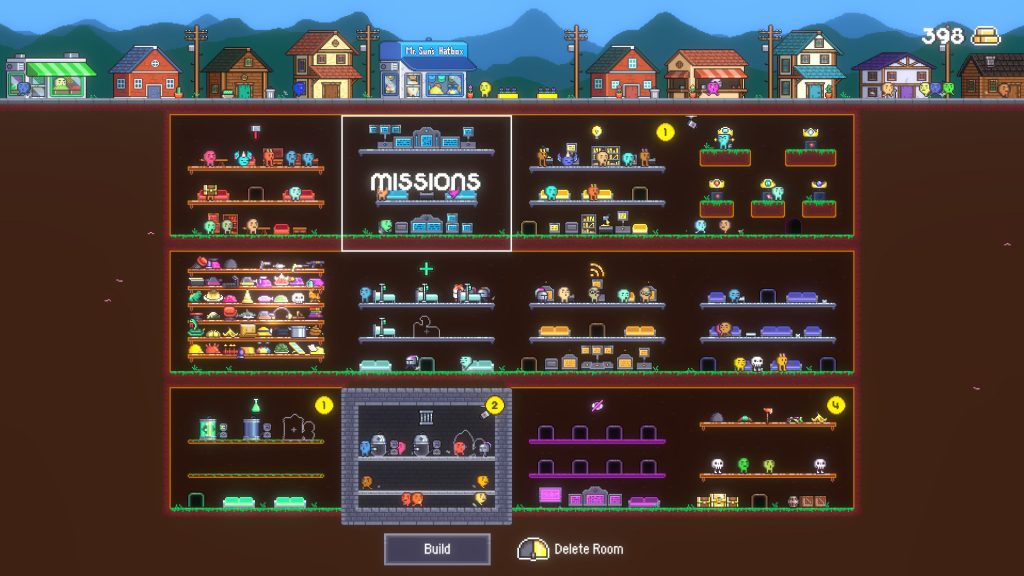 The demo taught me to jump around, grab and fire weapons, and toss objects. You can also fall from above an unsuspecting foe to knock them out. From there, you can either snap their necks (yes, really) or have them get picked up to brainwash at your base later. There’s no reason you can’t recruit more “friends” to your crusade, and that’s actually a key component of Mr. Sun’s Hatbox. The more minions, the faster you can unlock new facilities and gameplay features. 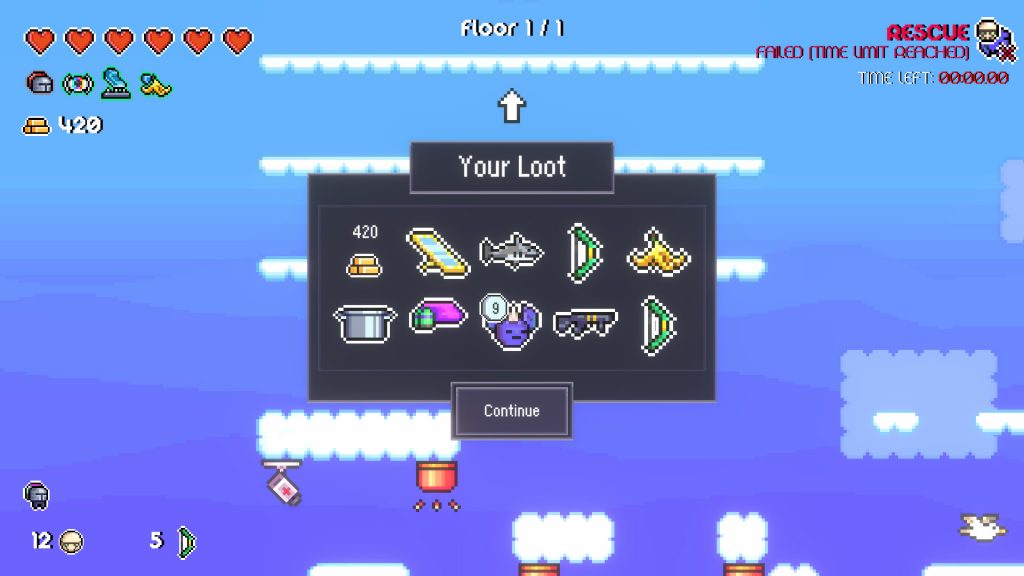 It’s clear from my short time with the game that there’s going to be a ton of content in the final product. Coupled with the cheerful art style, dark humor and zany mechanics, I think Raw Fury has a great title on their hands. Be sure and check out the trailer for Mr. Sun’s Hatbox below, and stay tuned to HPP for more details about it as they arrive.

One Giant (Dub/Mis)Step for Mankind Prior to firing up Zheros for the first time, I spent some time setting up my older consoles. Dusting off my Sega CD, I…