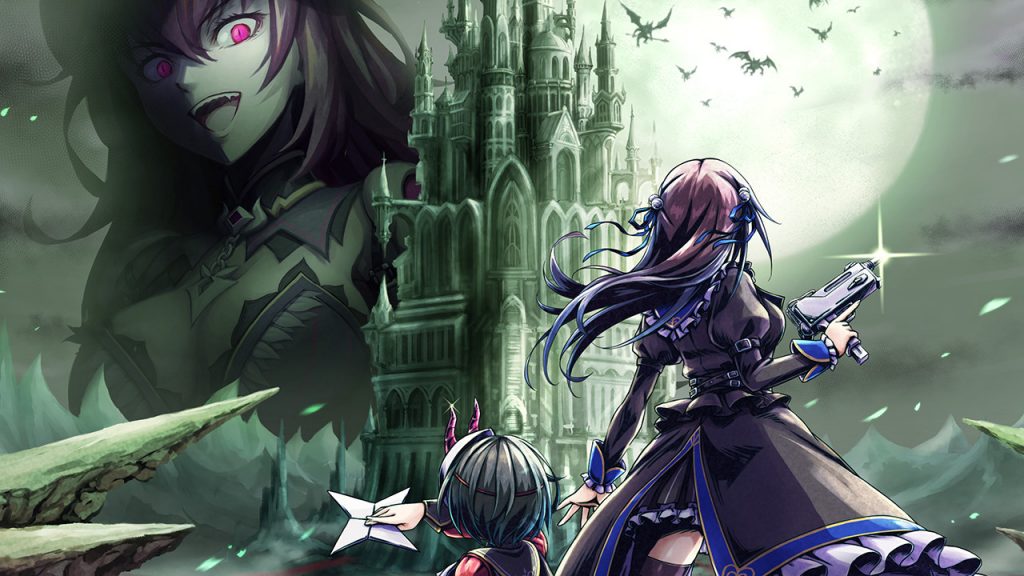 While nearly all of my already published PAX West pieces were for games I had appointments to demo, sometimes you have to make time for the unexpected. In my case, that took the form of Grim Guardians: Demon Purge at the Inti Creates booth. Because I had covered it prior to the event, I personally found a bit of free time to check it out, and I’m glad I did. Not only did Grim Guardians live up to my expectations, it very much exceeded them. 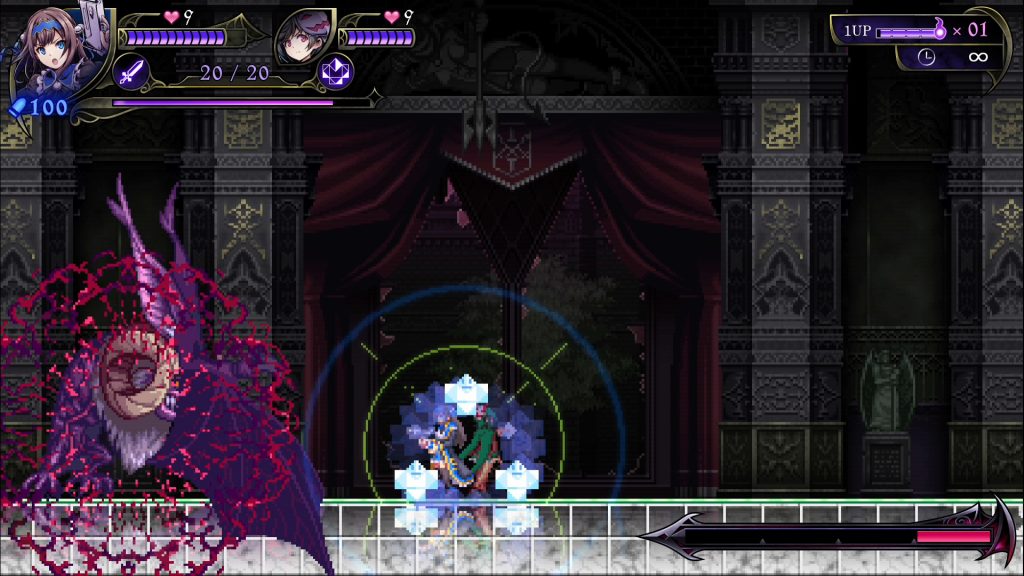 First, I’ll just be honest. It’s clear to me Grim Guardians was inspired by the Castlevania series. But that’s not the same as saying it’s a clone. If anything, I strongly suspect the kernel for the game premise probably came about when Inti Creates was developing both Curse of the Moon games, which in turn were also inspired by Castlevania. All that in mind, this is very much an Inti Creates game, with their well regarded aesthetic flourishes and tight combat. 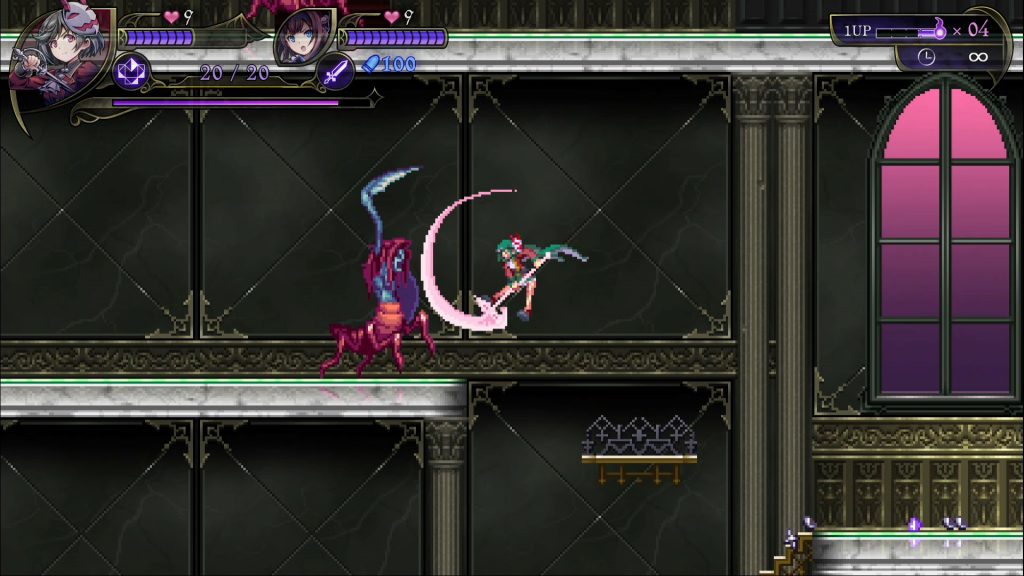 Grim Guardians had the option to demo it solo or with a friend, but since I was attending the convention as a single player, that’s also how I demoed it. Luckily, there was no downside to playing this way, since you can switch between sisters Shinobu and Maya with a touch of a button. It quickly became apparent that each sister had their pros and cons. 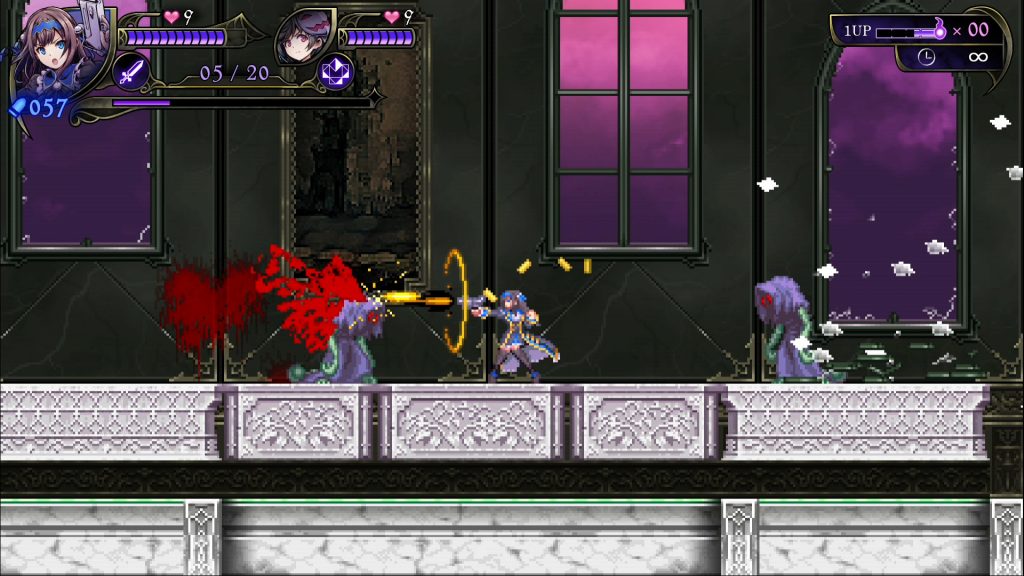 While Shinobu was well equipped to snipe foes from afar with her guns, she suffered with slower reaction times as a result. And though Maya could slice foes in close proximity to her in seconds, she isn’t great at hitting distant threats. Their sub weapons helps both sisters get around their weaknesses. Shinobu can hurl a diagonal dagger that lets her hit foes above her, while Maya can summon a shield to rotate around her, providing some breathing room. Better yet, I learned that if I triggered Maya’s shield and then switched to Shinobu, I still had that rotating protection. Which was the only reason I managed to beat the boss of the demo. 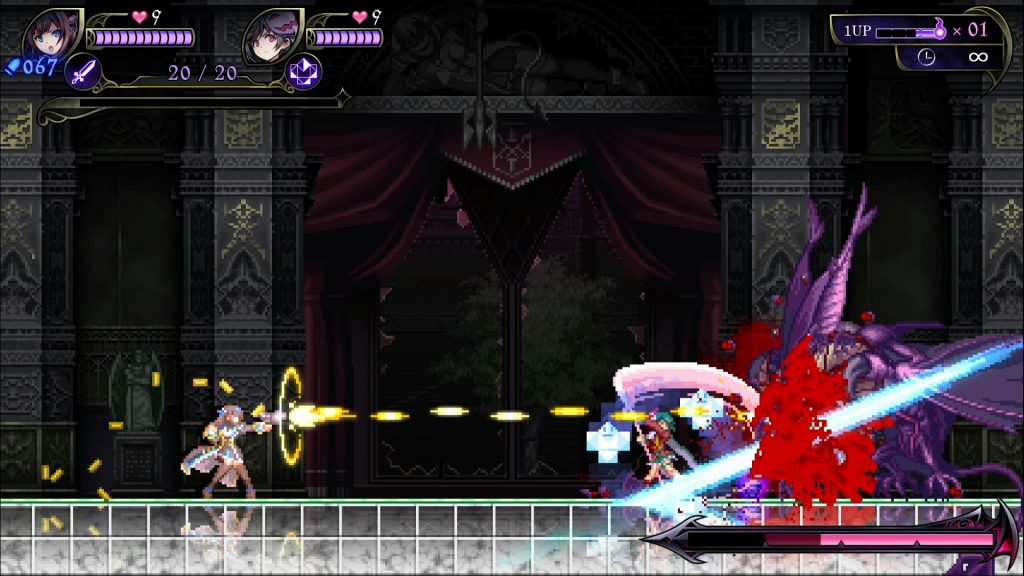 As I explored the Gothic level, it was clear that there’s hidden paths I wasn’t able to access. I’m not sure if that implies Grim Guardians has a little Metroidvania DNA, or whether I missed something obvious. What I do know is that the demo’s boss battle was a fantastic take on genre tropes. It was a giant bat monster that separated into smaller bats, but it wasn’t nearly as easy as in Castlevania. This winged bruiser was fast, mean and could shoot smaller bats at me to screw things up. Then, when I finally did enough damage to defeat it, it suddenly grabbed one of the sisters and was about to chomp her. If I hadn’t reacted fast enough to get one more hit in, I would have lost the battle, and been forced to try again.

I’m truly very impressed with Grim Guardians even at this early stage, and am very much looking forward to knowing the eventual release window. Until then, be sure and catch the trailer below. And stay tuned to HPP for more exciting games from Inti Creates!

Disney’s “Recess” Meets “Deadly Premonition” Well, it’s official.  With its second episode, Kokurase has officially gone completely off the rails. What started as a cute but ultimately forgettable game…