Time for A Fun Adventure in the Woods! 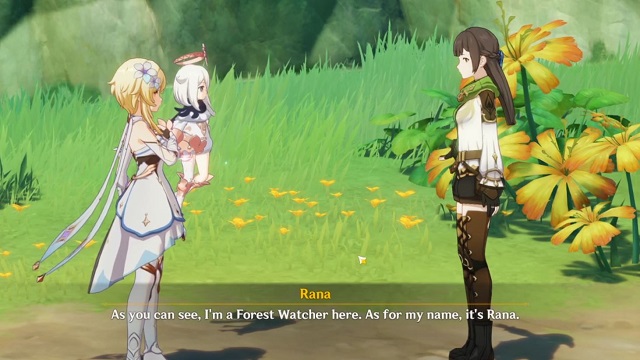 Greetings, Travelers! Today we’ll be looking at how to start and finish the very long World Questline called Aranyaka. I’ll say this ahead of time, this really a lengthy series of quests and is required to be done to interact with some mechanics in Sumeru, as well as unlocking two areas that are blacked out on the map. This guide will be exclusively for the first part, with links to the other parts near the end of this paragraph and down at the bottom of the article.

I will warn you all from the get-go here. This is a very long questline – As in several hours long, probably being the longest one we’ve had yet. So be prepared to be chewing through this one for a while.

This is the first part of the questline, and luckily the first act is one of the easier ones, as it’s mainly setting up the larger plot. Nevertheless, we’ll go over the basics and how to get started.

First, you’ll want to meet up with a young Forest Ranger named Rana just outside of Sumeru City, as shown below. 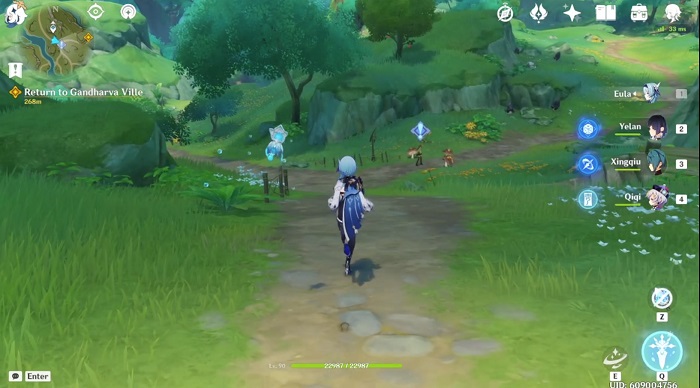 You’ll beat up some shrooms and save Rana. Then, after a quick exchange, you’ll be following her around for a bit, eventually running into a little Withering Zone. 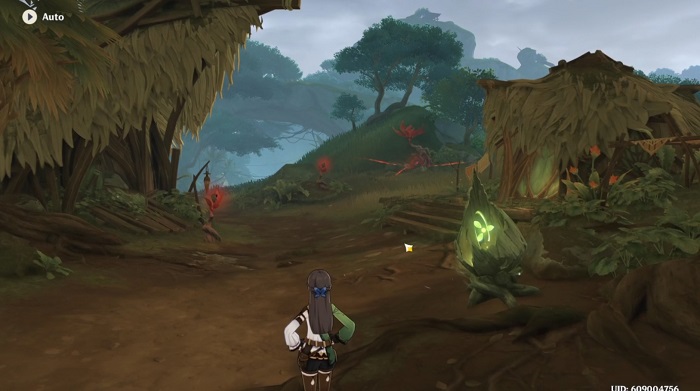 Rana will hang back while you take care of the Withering Zone. As with all the zones, grab some of the Dendrograna, then use charged attacks or aimed shots on the spooky blood-red flowers called Withering Branches. Once you kill off the Withering Branches, killing the surrounding Fungi, and extract the Tumor, the area will be clear, and you can keep following Rana down to Vimara Village. 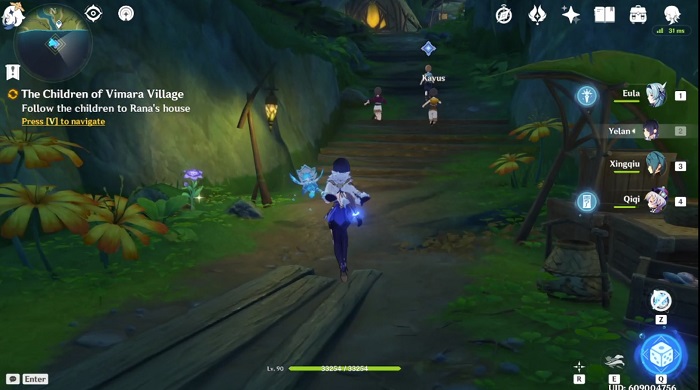 You’ll get to meet a few characters in the village, converse a bit, and learn that, apparently, the children of the village are vanishing and eventually returning back with a certain degree of memory loss. Get the stories from the kids on what they experienced, then report back to Rana, and she’ll want you to head out with her. 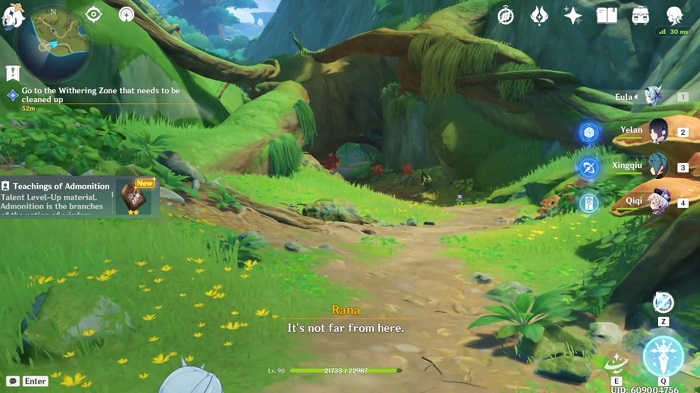 Follow her out of town, and she’ll have you take out two more Withering Zones. Follow the same procedure as before, take out the Withering Branches, kill the enemies, and destroy the Tumor to clear the way. 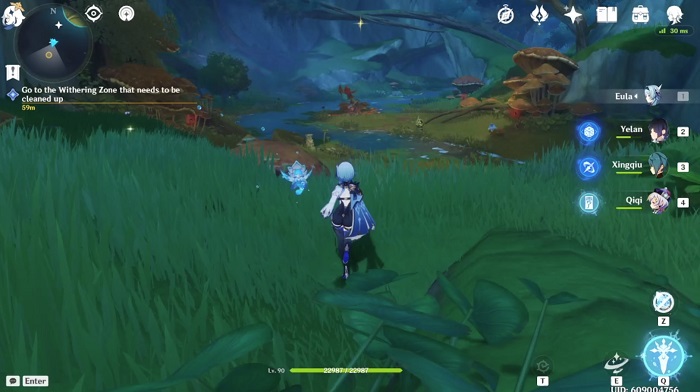 After that, you’ll be taking out a few Spinocrocs, which are very easy compared to the stuff from the Withering Zone. You’ll head down to camp from there, where you’ll get through a bit of dialogue and then fetch some firewood from nearby. Just look for the golden beacons, and you’ll get what you need. 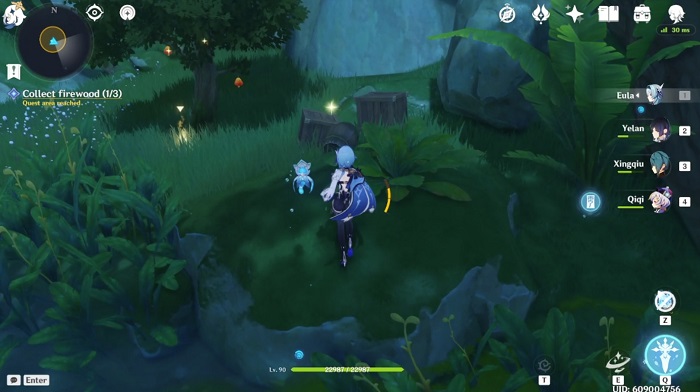 You’ll finish up some extra dialogue here, spend the night at camp, then make way back up to Vimara Village. Looks like Iotham’s vanished off, so off you go to a spooky cave to find him! It’s not far from the village, and the entrance to the cave is just to the northwest of the objective area. 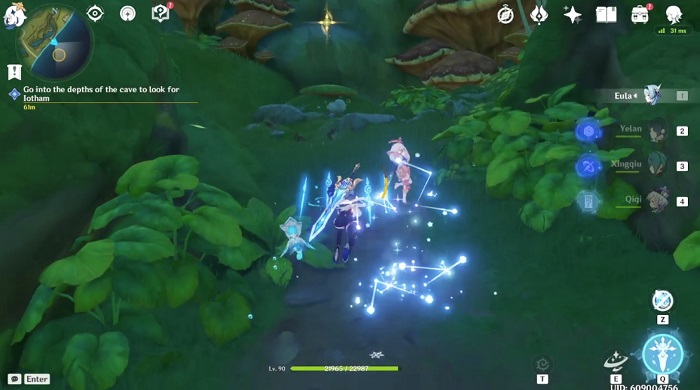 Head a little further into the cave, and you’ll find some unwanted guests. Take down the Fatui Agent and the Pyroslinger Bracer enemies, and you’ll be prompted to head in deeper. Further in, you’ll come across yet another Withering Zone, with Iotham trapped in a sphere of Dendro. You know what to do by now. You’ll be dealing with a bunch of Fungi for this fight. 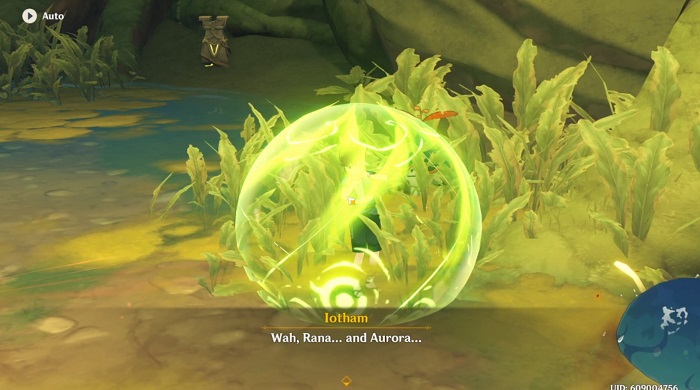 Once you’re done handling the Withering Zone and freeing Iotham, you’ll follow the way back out. Rana will wait behind while you teleport back over to Vimara Village. From there, back to the cave, you go after some dialogue, we need to track down Rana! 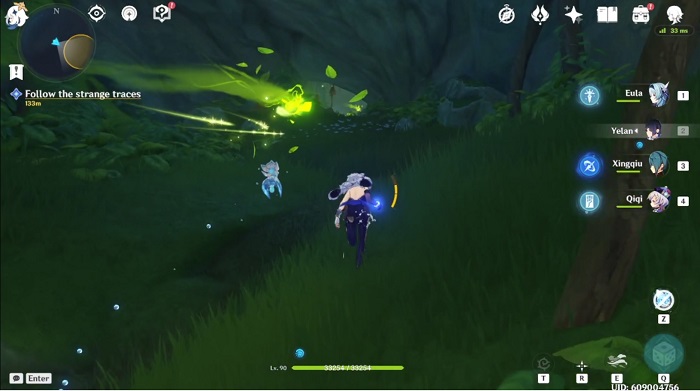 Once you get closer to the circle, you’ll see some mysterious traces that’ll help lead you to Rana. 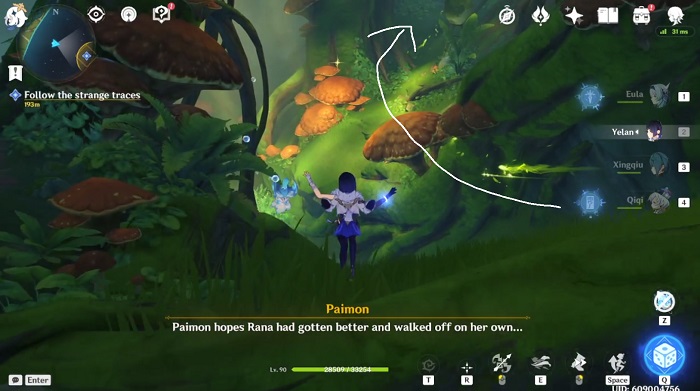 It’ll lead you back out to the river and to a place where Rana is being protected in an orb of Dendro. 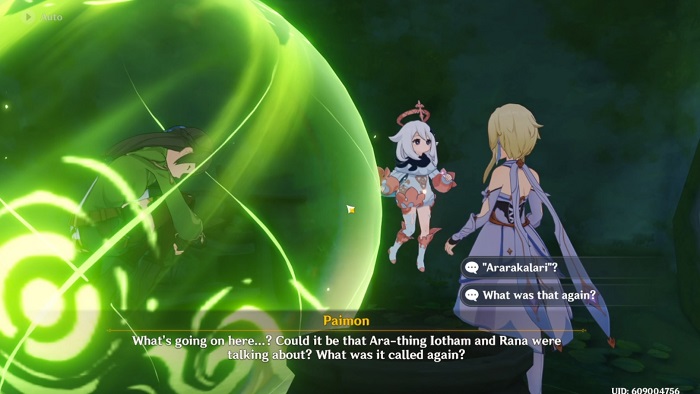 And here is where you meet the big good guys for this whole long questline: The Aranara. After some dialogue, you’ll be good and finished up with the first Act of the Aranyaki. While admittedly not much happened in this Act, it’s still important for setting the scene of what’s to come. You can check the links below for the other Acts.

A Bold Experiment That’s Not Quite Ready The Steam Deck is a lot of things. A bold experiment. My favorite new way to play games. Constantly changing. A dream…