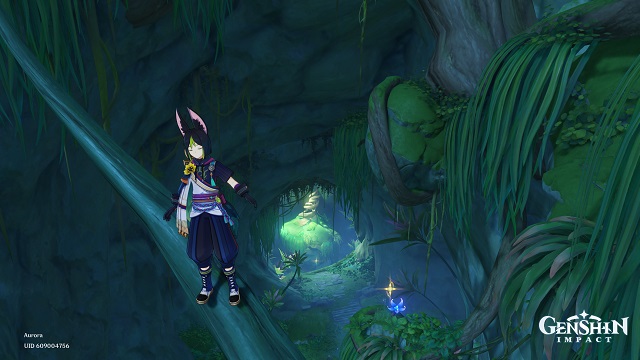 Greetings Travelers! We’re continuing on here with the sidequests needed to finish up Act 2 of the Aranyaki Questline. As you might expect, you’ll need to have started Act 2 of the Aranyaka questline to start this quest. On the course for Concourses, you’ll be following the guidance of Arama to find the Vasara Trees in Ashvattha’s Concourses. 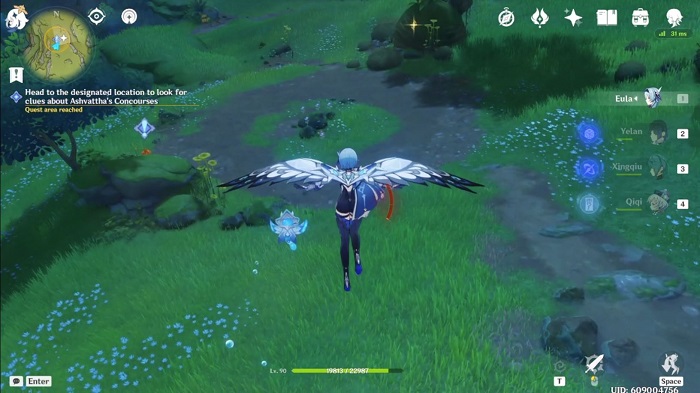 Once you head to the designated area, you’ll be meeting up with Arama and Aradasa, and soon will be tasked with a viewpoint puzzle where you need to line up some flowers in the right angle. You can see the solution below. 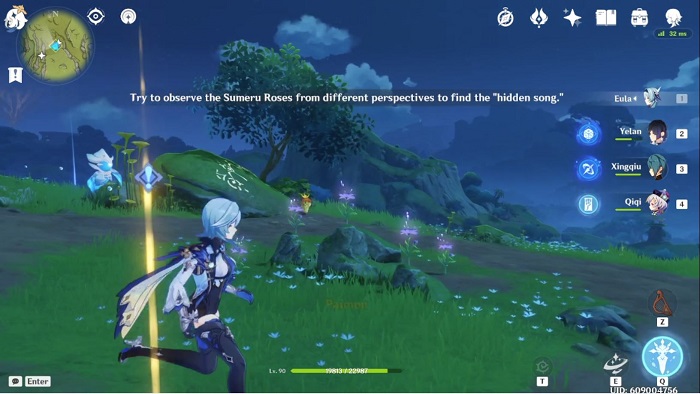 Doing so will earn you a new song you can play on the Lyre. This one lets you make certain obstacles and objects disappear. You’ll get to test this out shortly by following the traces to the Claustroflower in the picture below. 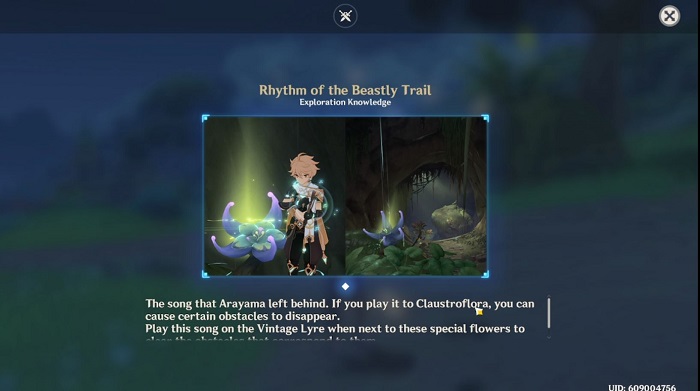 That’ll reveal an entire cavern filled with a Withering Zone. As with the other Withering Zones, you’ll want to find the blood-red flowers and hit them with some Dendrograna. Instead of just Fungi, there’ll be some Ruin enemies here too. Two of the flowers are easily found, but one is actually hidden inside a rock. You’ll need to use your new song to reveal it. 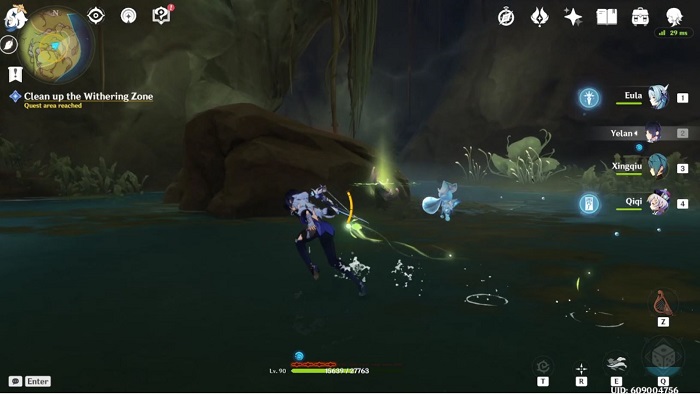 Take out the Ruin Drake that appears once you get the last flower, then pluck the Tumor of the Withering to finish up this Withering Zone. Once you have the Withering Zone cleaned up, you’ll be ready to head into the Vasara’s Dream.

Be warned, you will need a Dendro character for this! Even just the Dendro Traveler is fine, but you will absolutely need someone with Dendro power going in here. Head inside, then use your new song on a nearby Claustroflower to make the plant in the middle of the room vanish. 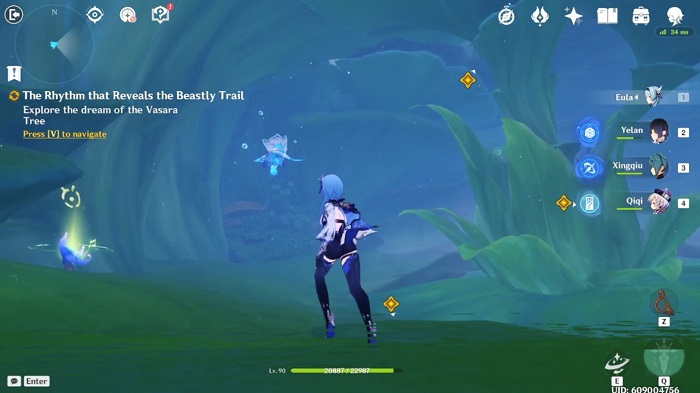 Go down the new hole and to the bottom floor, take out the Fungi, and claim your first Rosin. The next door forward will open in response. You’ll have another plant in the middle and a Claustroflower that corresponds with it. 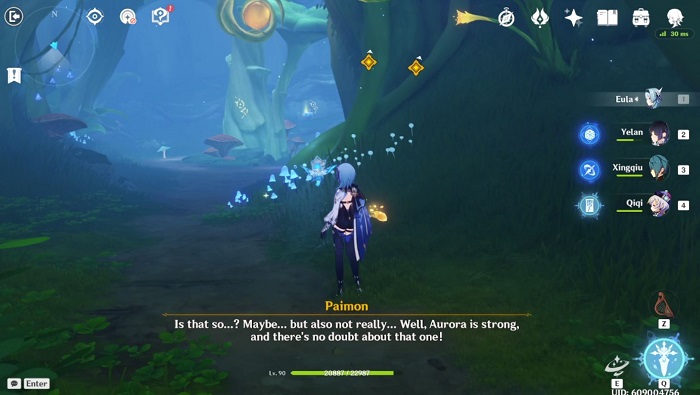 Head to the mushroom in the middle and bounce yourself up to the layer just below the top to get your second Rosin. Bounce up to the upper layer. You can see in the image below that there’s a plant you’ll need Dendro to activate in order to get a necessary Four-Sigil Leaf. 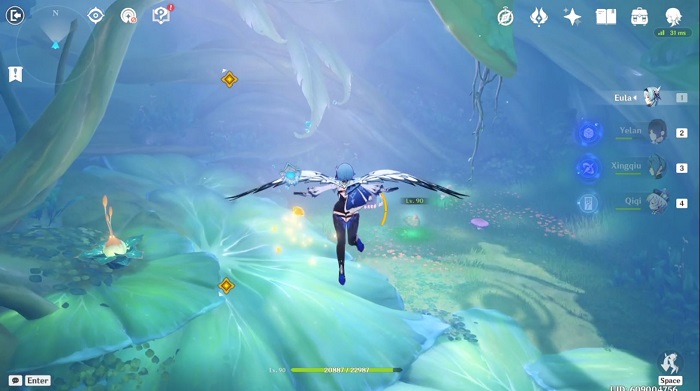 Hit that, then use the Four-Leaf Sigils to get to the uppermost layer, earning your last Rosin. You can hop through the hole to get back to the gate, where you’ll be heading off to finish off some enemies for the end of this dream.

With that done, you can head back to the real world to get your Vasoma Fruit!

If you need the links to the other quests needed for Act 2 of the Aranyaka questline, you can find those here: