Genshin Impact: The Rhythm That Leads to the Gloomy Path Quest Guide

Not All Gloom and Doom 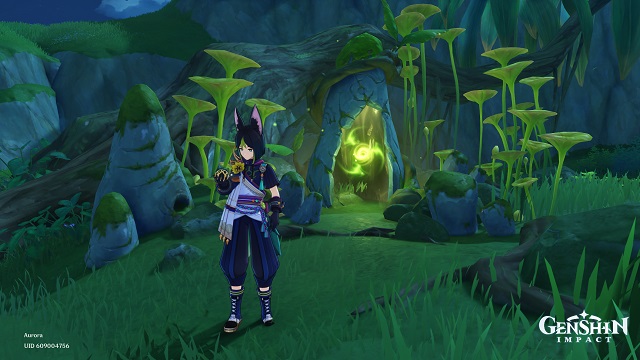 Greetings, travelers! We’re continuing here with the sidequests needed to finish up Act 2 of the Aranyaki Questline. As you might expect, you’ll need to have started Act 2 of the Aranyaka Questline in order to start this quest. On the course for Concourses, you’ll be following the guidance of Arama to find the Vasara Trees in Ashvattha’s Concourses. 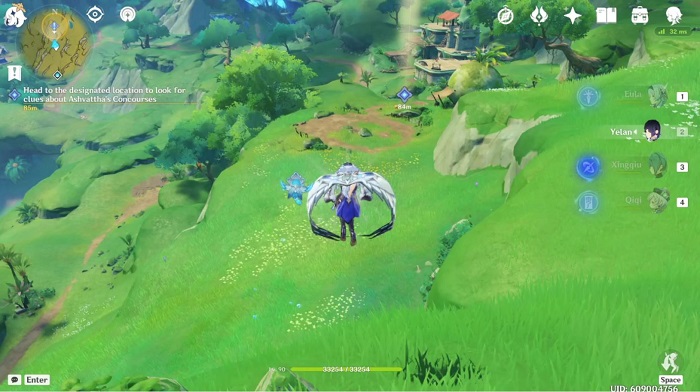 To learn the song, you’ll need to get some Sumeru Roses into the right view, as pictured below. 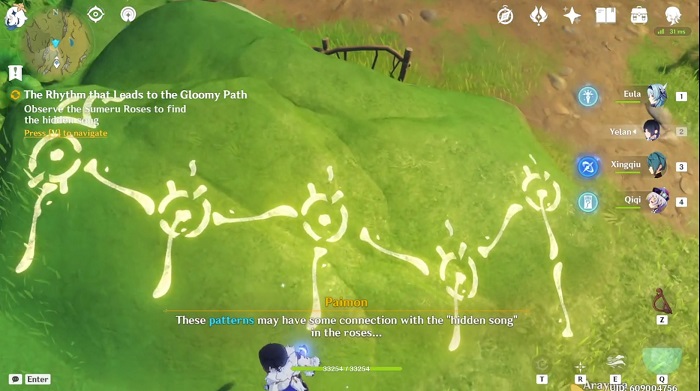 This is meant to tell you what elevation the rose is supposed to be in for your line of sight. In the picture below, you’ll notice that, like the rightmost flower of the image above, that rose is on a rock, putting it above the others. 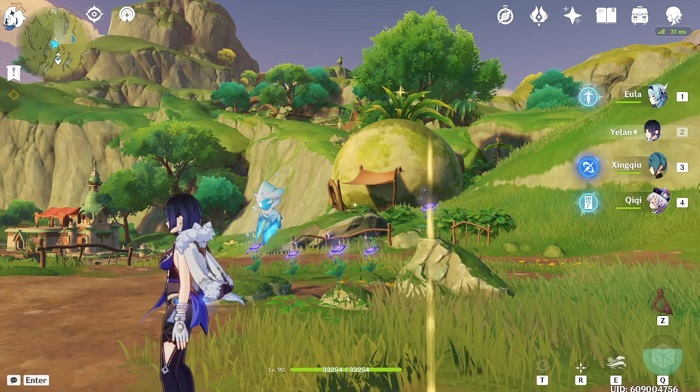 When the flower is in the right part of your point of view, you’ll see it emit some purple wisps of light. You might need to move a bit forward or backward to get them properly lined up. Paimon will let you know you’re in position, where you’ll then head to a small light beacon and play a new song. 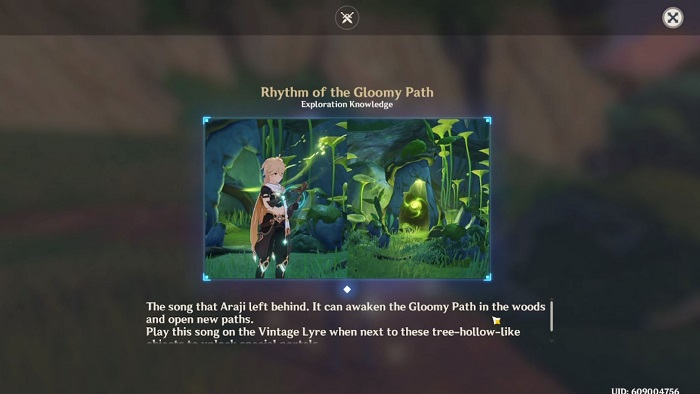 This one, in particular, will unlock a sort of quick-warp point out of these hollowed-out trees. When you finish the tutorial, you’ll be guided to where you’ll be testing out this new song via some green traces on the wind. 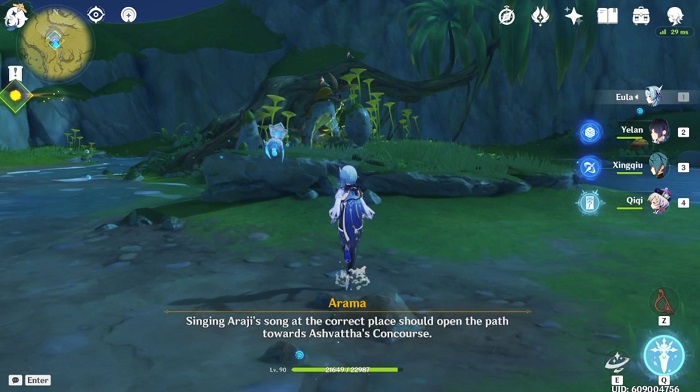 Once you’re here, play your new song and step into the gateway. Now you’ve got some cleanup to do once inside, as there’s a Withering Zone around. The thing is, there’s no Dendrograna…at first glance. You’ll need to clear out the enemies near the Withering Branches, then play your new song at the hollowed-out trees so you can use them as gateways to where the Dendrograna are. The image below will show you what to expect here, as all three Withering Branches have a gateway near them. 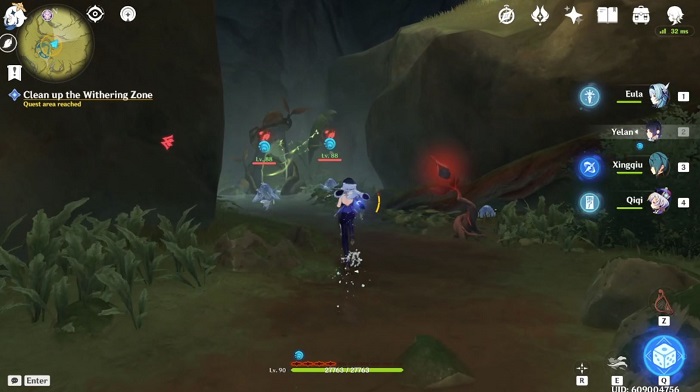 Clear out the Tumor of Withering, then meet Arama near the funky-looking tree. Once in the Dream of the Vasara Tree, you’ll need to collect three Primeval Rosin in order to open the door forward. The first one is down on the ground level. Defeat all the enemies, then you can grab it. 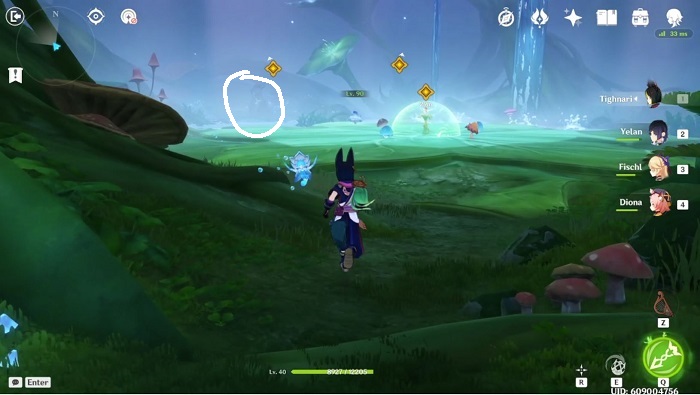 If you notice what’s circled in the image, there’s another gateway you can play the Lyre at that’ll take you up further. 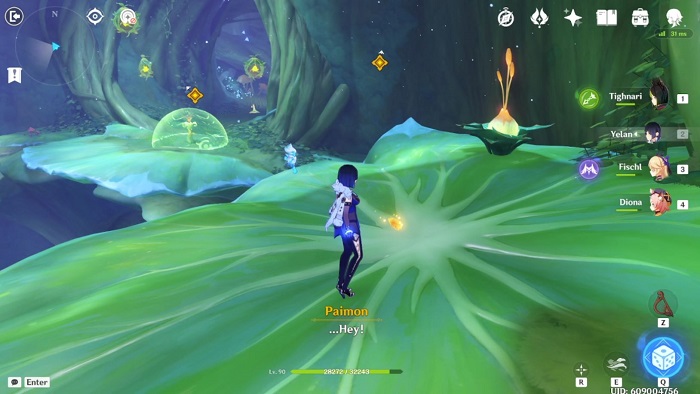 Up here, you’ll have three Crests that need hit with some Dendrograna you’ll find in the back of the nearby cave.

To get across to the next one, you’ll head back to the platform you were just on in the picture above, then head into the cave attached to that platform. When met at a T-section, go right, and there’ll be another gateway you can use to get up higher. 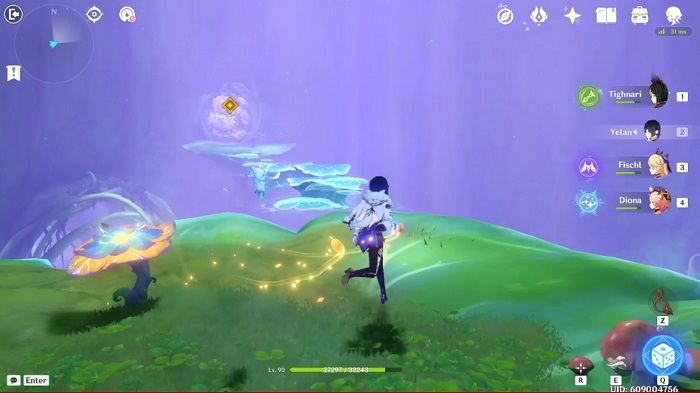 At the top is a mushroom you can activate to activate the light bridges and make your way across. Do note that you can beat down the branch gate in front of you with a quick strike. Grab your last Rosin and use the nearby Four-Leaf Sigils above to teleport up to the highest layer. 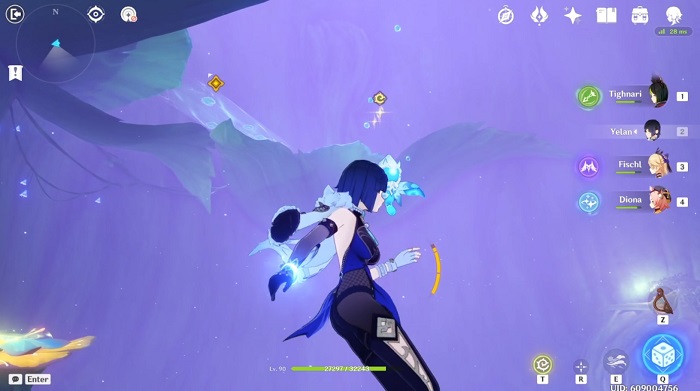 Just standing near the door will unlock it with the Rosin you have. For the last part of this particular quest, you’ll have some Fungi to take out. 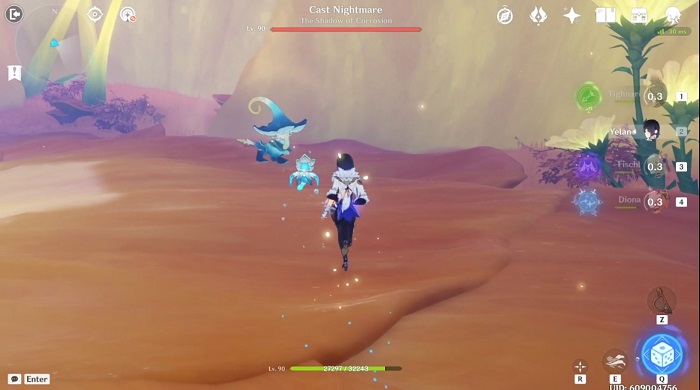 It’s nothing you haven’t already seen around Sumeru before, so do a bit of fungus control, and you’re good to finish up this quest! Once you’re out of the dream, you’ll get your Vasoma Fruit and be done.

One quest down, several to go! You can find the other two quests needed to do Act 2 of the Aranyaka questline here: