I’ve always admired the work of Spiders. Largely known for their sprawling RPGs such as The Technomancer, and Greedfall, while Spiders’ titles have at times lacked in polish, they’ve always managed to deliver pure scope, ambition, and heart.

With the release of Greedfall, it was even possible to make the argument that Spiders was no longer deserving of the “Eurojank” label that has loomed over much of their history, given the jump in quality and polish on display. With Greedfall acting as a bit of a turning point for the studio, then, I must admit I was somewhat surprised to find out that the next project was going to be a drastic departure for the France-based team. Rather than playing it safe and staying in their lane, Spiders’ has instead decided to take on another genre and have turned their attention to the souls-like space. With that in mind, it’s time to discuss whether this was an ill-judged move with the potential to derail the momentum of the studio or a case of a studio hitting its prime and successfully expanding its scope. 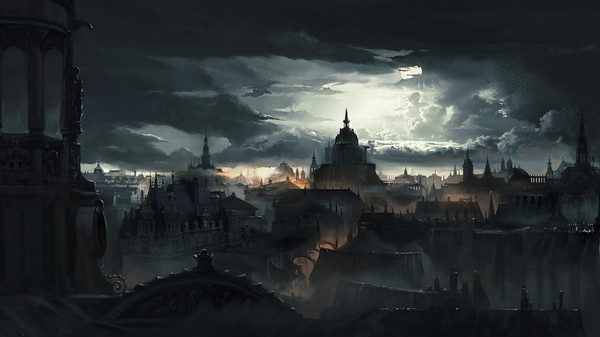 Whilst Steelrising is no doubt a huge departure for Spiders’, one thing that has made the transition to their take on the souls-like is their knack for creating a world with a real sense of place and depth.

Set against the backdrop of an alternate history version of the French Revolution, Steelrising has players assuming control of Aegis, an automaton and bodyguard to the queen. Paris is in ruins having felt the wrath of King Louis XVI, a man firmly in panic mode who has taken to turning his army of automatons against Paris in an attempt to halt the revolution. As Aegis, players are soon set loose upon Paris, on a quest to stop the automaton rampage whilst also trying to locate the children of Marie-Antoinette, who need to be located amidst the carnage that has enveloped the French Capital.

One thing becomes immediately apparent upon booting up Steelrising, and it’s that Spiders’ aren’t taking any queues from From Software’s ambiguous approach to storytelling. Right from the off, you’re immediately kept in the know as to what your mission is, and why you’re on it, and along the way, you’ll consistently encounter well-animated and voiced cutscenes that keep the twisty narrative front and center. I appreciated the transparency here, as, to be honest, despite loving From Software’s work, I’ve become somewhat fatigued with having to trawl through menus and YouTube videos to decipher narratives that would otherwise be incomprehensible. The stories which Spiders crafts in its games are also one of the main reasons I love their work, so to see them retain that large focus on narrative, despite the switch in genres, is appreciated.

A Fistful Of Metal 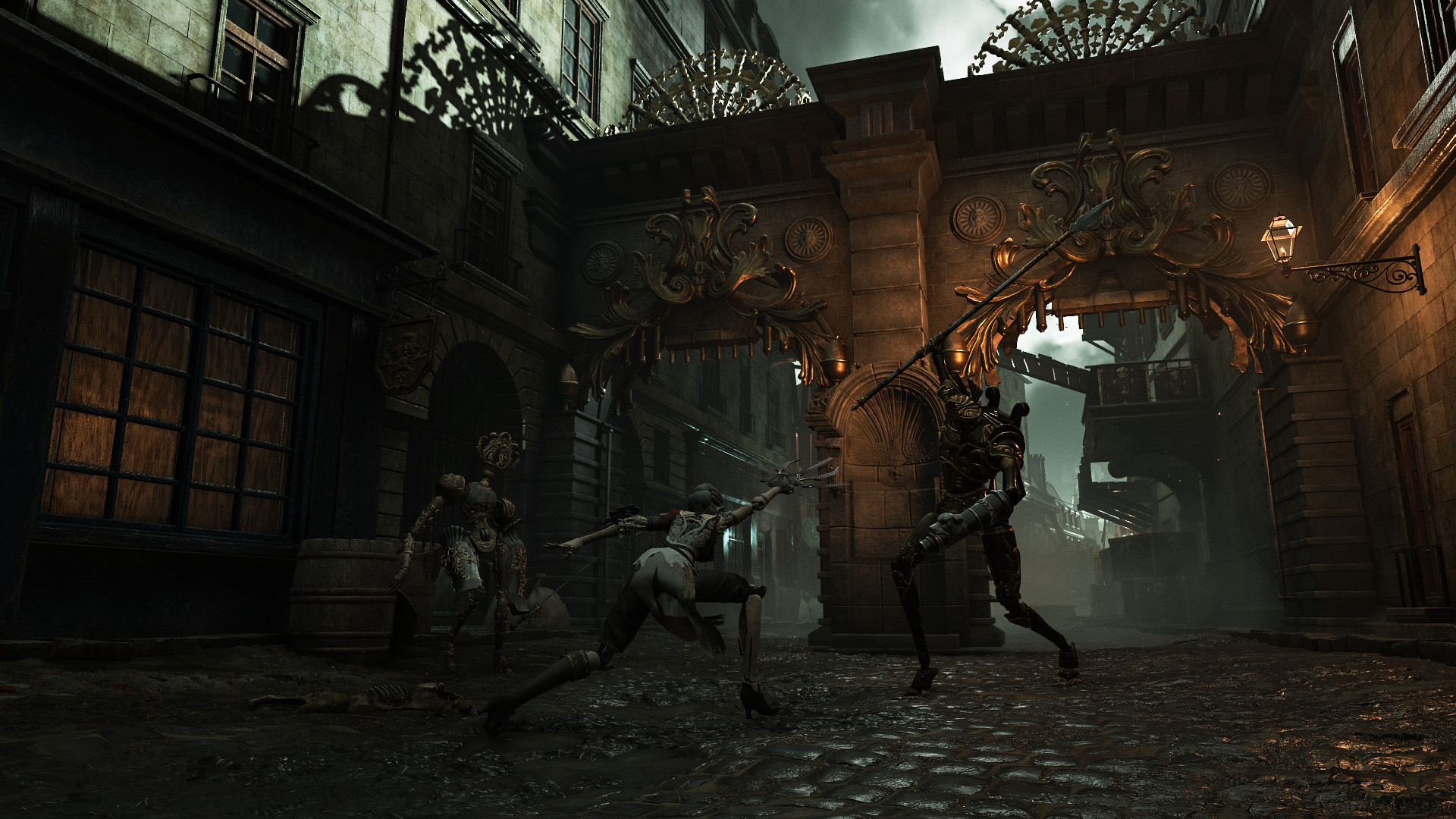 The moment-to-moment gameplay, however, will be a whole lot more familiar to anyone who has played a soul-like before. Being a souls-like, difficult, timing-based melee combat is the name of the game here, and I’m delighted to say that, for the most part, it’s a largely satisfying experience.

It adopts a familiar control scheme which I really appreciated, having already built-up years of muscle memory with similar titles. Heavy, light, and special attacks are mapped to the shoulder buttons and triggers, with the use of items and dodging assigned to the face buttons. Combat is typically fast, snappy, and responsive, with Aegis herself being easy to maneuver around the various combat arenas you’ll encounter across the Parisian streets.

As you should with any souls-like, prepare to die a lot. Whilst Steelrising rarely gets as difficult as Sekiro, or Demons’ Souls, it still revels in kicking your ass and doing so often. Enemy attack patterns, right from the very first area, are wild and unpredictable. Memorizing attack patterns and timing attacks are as key as ever, and the enemy variety from a move set perspective is truly impressive stuff. Just when I felt like I had an area down, Steelrising would throw a new foe at me that contained a move set like nothing I had experienced so far, pulling that rug of comfort right out from under my feet and forcing me to “git gud” again. It goes without saying that this difficulty extends to the boss fights, which do not disappoint either in terms of scale or difficulty.

Thankfully Steelrising does not skimp on the build variety. It contains a plethora of gadgets, armor, and weapons that suit different playstyles and allow you to build according to the challenge you’re being faced with. Each weapon comes with a special move also, adding further to the build depth. After struggling early on with a pure melee/block build, I deviated and started to dedicate points to the Alchemy-focused weapons and skills that enhanced my ability to add freeze effects to my attacks. It completely changed my playstyle from cautious and slow, to something that more resembled my favorite moments from Bloodborne, as I darted in and around enemies at pace, applying debuffs before backing back out and then going in for the kill.

If there is one area where I feel Spiders’ inexperience with the genre really shows, it’s in the hit detection. There are numerous moments I can recall where visually, I was well clear of attacks but took damage nonetheless. There were plenty of other frustrating moments, largely against bosses, where from a visual standpoint, Aegis was again clear of an attack only to be sucked into a boss’s hitbox regardless of positioning. Whilst it’s an issue that you can overcome through a bit of trial and error and learning exactly where you cannot stand, it did take away from the otherwise precise and responsive nature of the combat. 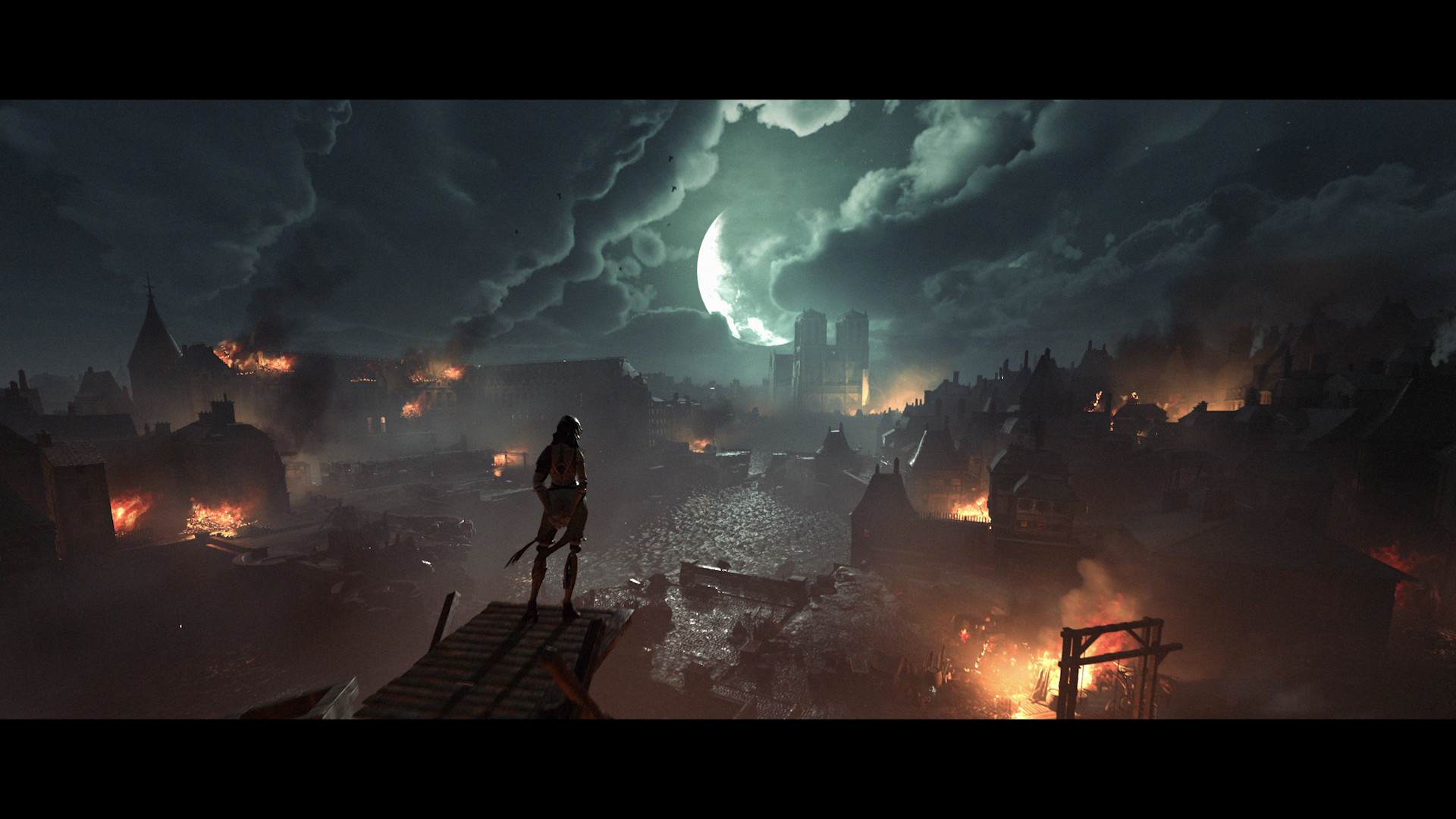 Visually I think it’s safe to say that this is easily Spiders’ best-looking game to date, and also, it’s most diverse in terms of art style.

All eight areas are impeccably designed, really leaning into that From Software design philosophy of creating levels that loop back on themselves in a way that really makes them feel like believable places. And, whilst eight areas may not sound like a lot, rest assured that these are sprawling, gothic playgrounds ripe for exploration, especially as you unlock gadgets, such as the grappling hook, that make going back to previously explored areas in search of more secrets a total joy.

In fact, the only part of Steelrising’s presentation that I would say underwhelms at all is the visual variety of its enemy roster. Naturally, given the narrative, you’re largely fighting a legion of automatons, and whilst this may make sense from a world-building perspective, it does mean you’re, more often than not, fighting large chunks of metal. It does, however, become less of an issue as you progress, and things do get more diverse as the complexity of the enemies increases. And, of course, the wide variety in move-sets highlighted earlier somewhat alleviates the lacking visual diversity. 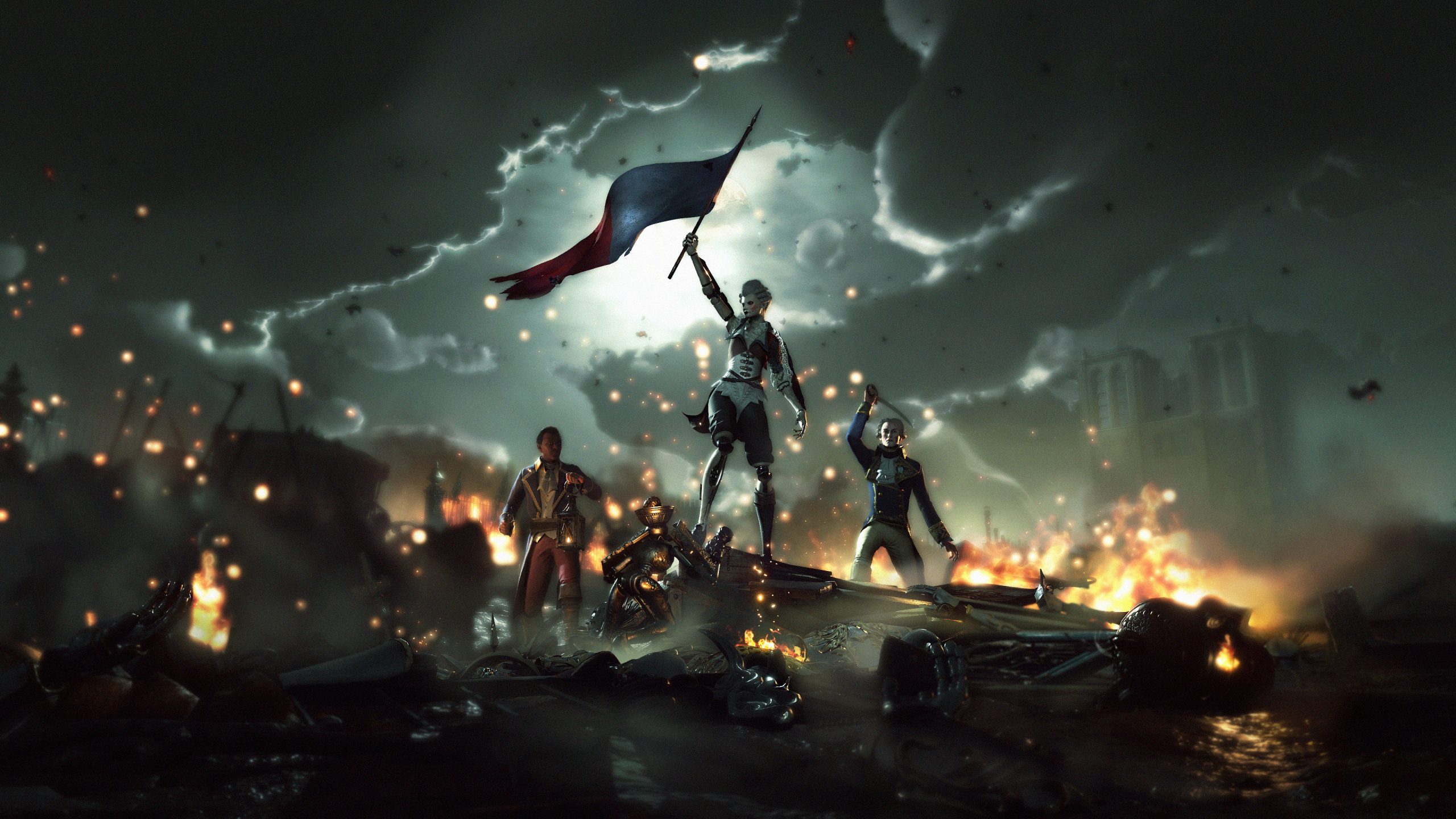 It’s also worth giving Spiders a shout-out on the decision to include difficulty adjusters. From Software’s own work, along with other souls-likes, in recent times have come under much scrutiny for their often-impenetrable nature and lack of options to assist those less familiar with the genre, or, those who simply cannot engage with a product due to accessibility issues.

Admirably, Spiders’ has made the bold choice to ignore the naysayers in the name of accessibility. Players can use the assist mode to reduce damage up to 100% and gain additional stamina regen. You can also do away with the punishing genre staple that causes players to lose their experience gained upon death. Whilst the options aren’t staggering, it’s absolutely a positive change. As someone who loves this genre and the hardcore nature of it, I would never dream of using these assists, but nor am I offended by their inclusion. Don’t like them? Don’t use them. It’s as simple as that, and I’ll never turn my nose up at anything that opens the door to more people trying something I love.

Steelrising is yet another feather in Spiders’ cap that clearly shows how far the developer has come. Not content with putting out a steady stream of sprawling Western RPGs, the plucky French studio has made a largely seamless transition to the souls-like genre. Hitbox frustrations aside, Steelrising’s challenging combat and deep world-building feel like the work of a team who have been churning out souls-likes for years, rather than a studio stepping into uncharted territory, and they’ve successfully created a world that I hope we see a lot more of in the coming years.