Tactical RPGs Get a Dose of Realism in Lost Eidolons 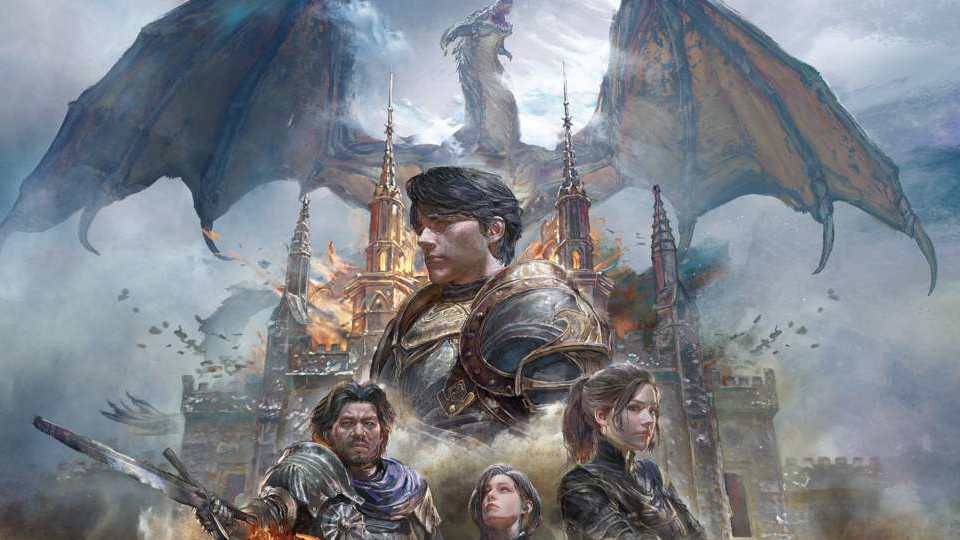 It’s pretty well established by now that I enjoy tactical RPGs. So it shouldn’t surprise anyone that one of the titles I demoed at PAX West was none other than Lost Eidolons. The crowdfunded adventure is developed and published by Ocean Drive Studio, and slated for a release pretty soon on PC, with consoles a future possibility. I can best describe it as a Fire Emblem game with a Game of Thrones aesthetic. Meaning it’s much more focused on realism than anime trappings, which is totally fine. Because though the characters look more realistic than I expected, they’re in a world full of magical chaos. 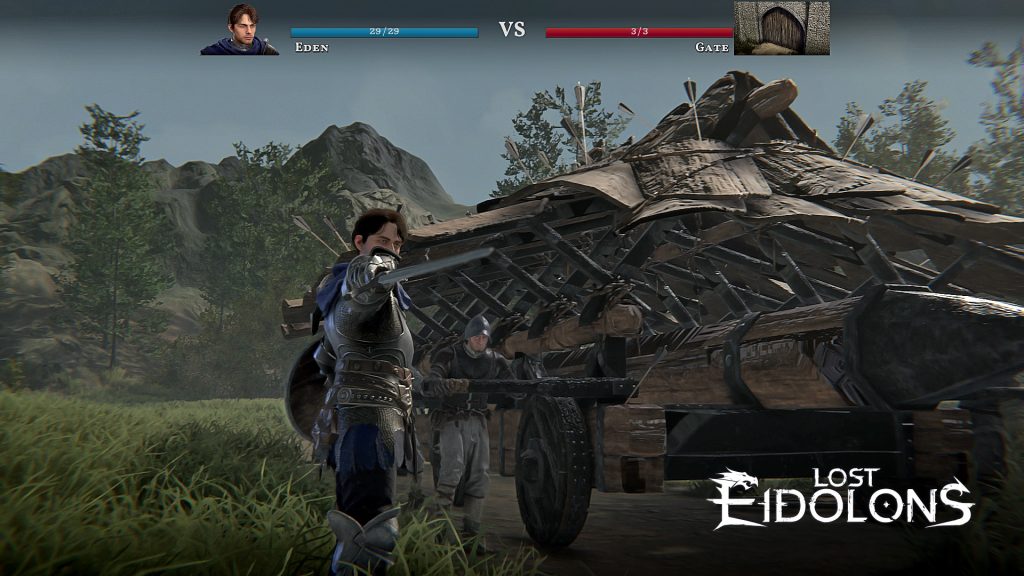 For the demo itself, it was split into two modes. First I wandered about the camp talking to my compatriots, buying items and taking on missions. It was noteworthy that this was in 3D, and I was able to manipulate my camera and go pretty much as far as I could see. The UI was easy enough to navigate. By far the biggest highlight here was the voice acting for the characters. But all that was pretty much just the appetizer to the real draw – the combat.

I was pleased that the developers didn’t have a regular battle for me. No, instead of standard soldiers I had to fight for my life against gigantic, furious hellhounds! Think the zombie dogs from Resident Evil, but the size of a Volkswagon. Worse, some of them could spit acidic bile to hit distant units. These were truly nasty creatures, and I adored them being in the game. I had worried prior to this demo that Lost Eidolons would be too focused on realism, but this shows they’re happy to embrace fantasy tropes. 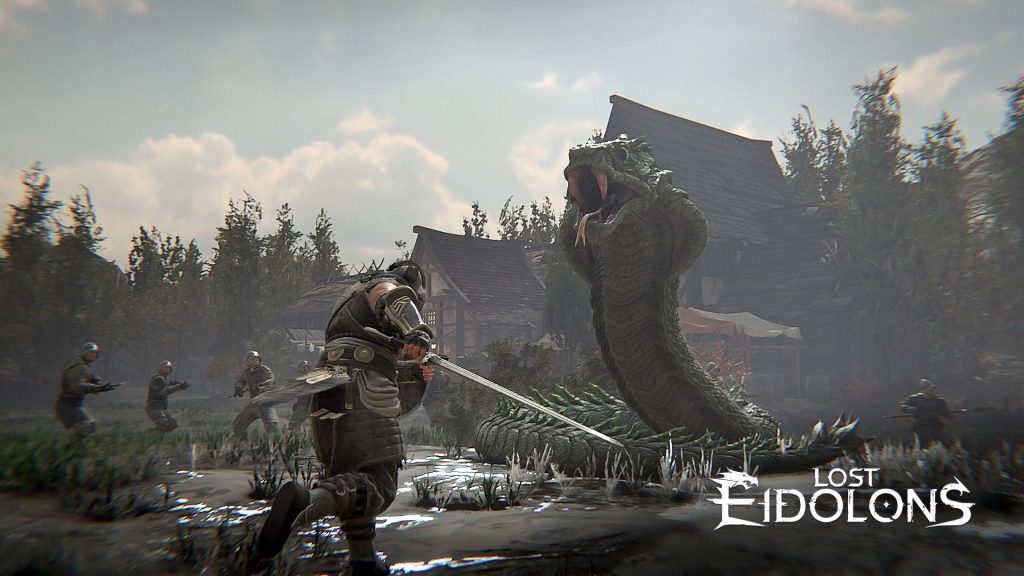 Sadly I didn’t have a screenshot of the hellhounds. But have a giant snake monster in their place!

What was especially cool about these hellhounds is they had weak points that shifted every turn. By positioning my units armed with the right weapons over these points, I could deal massive damage and prevent counterattacks. I just had to be careful, since hitting the same weak point twice in a turn hardened them against further attack. And if I wasn’t tactical and tried to just attack recklessly, the giant canines would chomp on me as I started to attack them. 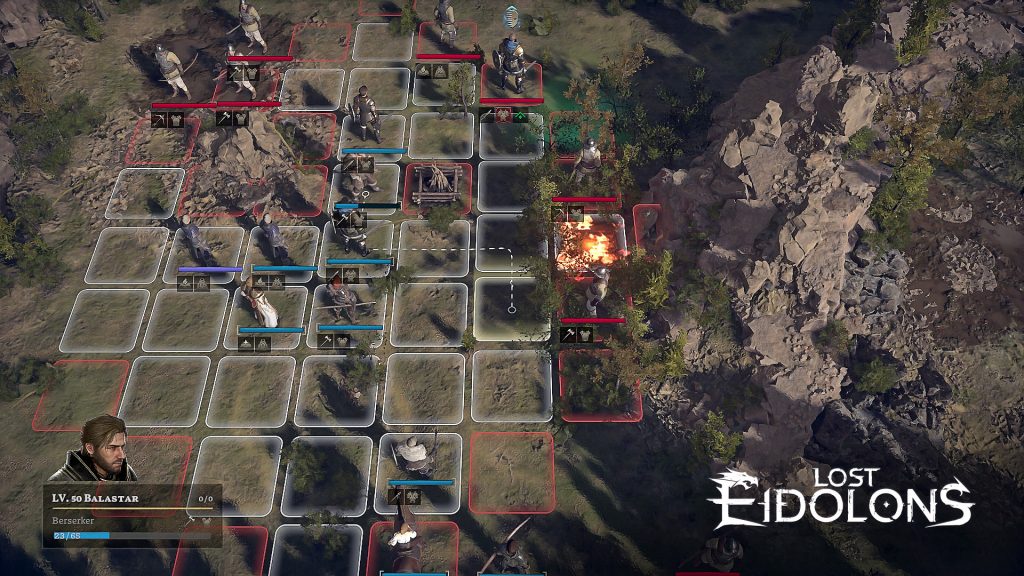 It’s fair to say the combat was really thrilling, and there’s another reason for that – you can switch equipped weapons on the fly. It doesn’t cost a turn or any sort of points to do this, and it really allows you to dive into the strategy. But if you make mistakes anyhow (which I definitely did), you can also rewind the action. This is vital on the harder difficulties, which do feature permadeath. 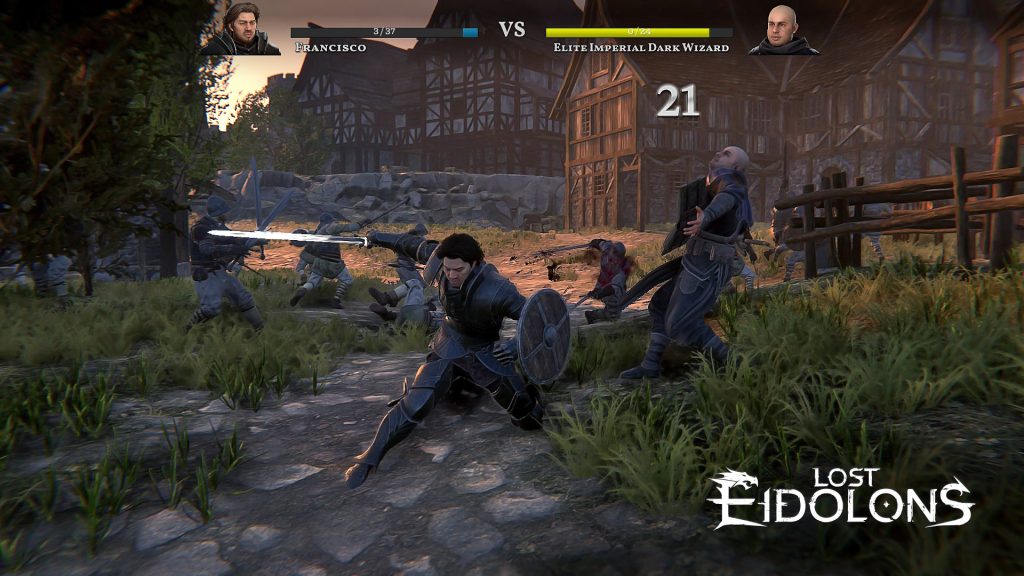 All things considered, I was very happy with Lost Eidolons, and look forward to it coming to PC on October 13th. While I personally would love this on a portable system like Steam Deck or Nintendo Switch, I still think it’ll be a blast on PC and Xbox.