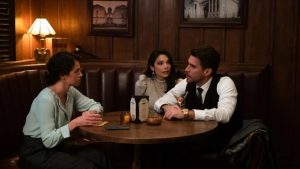 For two weeks now, She-Hulk: Attorney At Law has been focused on providing an introduction, first to Jennifer’s powers as She-Hulk and then to the actual show that we’ll be watching on a week-to-week basis. While it may have taken longer than some would have liked, this week, the show starts to settle into being the courtroom comedy about a world full of superheroes it was pitched as with The People vs. Emil Blonsky, and it was worth the wait.

The A plot this week is the ongoing case of Emil Blonsky, whose potential parole is put in jeopardy thanks to leaked footage of a fight he had with Wong in Shang-Chi, which leaked at the end of last week’s episode.

Jennifer is understandably upset that her client didn’t share something like this with her, but Emil insists he didn’t have a choice but to escape and that he came back of his own accord. Surprisingly, this all turns out to be true. Wong shows up in Jennifer’s office and admits that he made Emil escape and fight him as the Abomination because he needed a worthy opponent to help with his training as the Sorcerer Supreme. He even offered Blonsky asylum, but he wanted to return and serve out his sentence.

Emil Blonsky vs. The Abomination

Whether that choice was made in good faith or simply because he didn’t want to be a fugitive forever remains unclear, but it seems Blonsky has been a model prisoner since his fight with The Hulk in Harlem all those years ago. He started a literacy program in the prison, has helped console prisoners and even guards at the facility, and has everyone in the prison making toilet kombucha instead of alcohol. He claims to just want to live out his life in peace while starting a meditation retreat.

It’s hard not to trust him, even if his characterization here is different enough from what it was in The Incredible Hulk that it gives one pause. It helps that Tim Roth is a fantastic actor, but it remains to be seen whether Blonsky can actually be trusted. His lack of situational awareness at several points during his hearings is concerning.

A Lack of Awareness

A lack of awareness in men is a running theme in fact this week as our B plot has Jen’s colleague Pug, played by Josh Segarra, who fans of superhero media will recognize as the far darker Adrian Chase on Arrow, representing the awful Dennis Bukowski, Jen’s former colleague from her last job. He got himself into trouble when dating a shapeshifting light elf from New Asgard who likes to impersonate Megan Thee Stallion. Which, yes, means Megan is here and has a lot of fun getting to show up in various scenes. Stay tuned for the credits for a final stinger which I’m honestly not sure if I love or hate.

While a minor case certainly, it gives us room to get to know Pug a bit more, and Segarra finds a way to make him both charming and a bit clueless, but also a very capable lawyer who you would absolutely trust with your case. He quickly identifies one of Bukowski’s greatest weaknesses which in their case is actually a strength.

The fourth wall breaking continues to be a source of humor which works because the creators of She-Hulk know not to overuse it. We also see a variety of fun references this week, everything from a speech Thor gave in Thor: Ragnarok which is definitely not admissible in court, to the events of Spider-Man: No Way Home, to even She-Hulk’s slightly different comic origin, which people will miss if they’re not familiar with the character but which comic fans will grin at. The creators even take on certain online attitudes that seem to come up every time a female character in the MCU (or any genre fiction, for that matter) is given a major role. It’s brief and played for laughs, but it’s also well done, and I appreciate them going there, even knowing it will likely drive more of the same behaviors. There’s even a hint at a new villain and the first appearance of some comic bad guys who I hope to see more of as the series continues.

While perhaps not quite hitting the highs of last week’s episode, The People vs. Emil Blonsky is another strong episode of She-Hulk: Attorney At Law, which shows a confidence in the show it plans to be from week to week. Being able to utilize major cameos while not letting them distract from the main characters whose stories are driving the show is never easy, but She-Hulk seems up to the task. 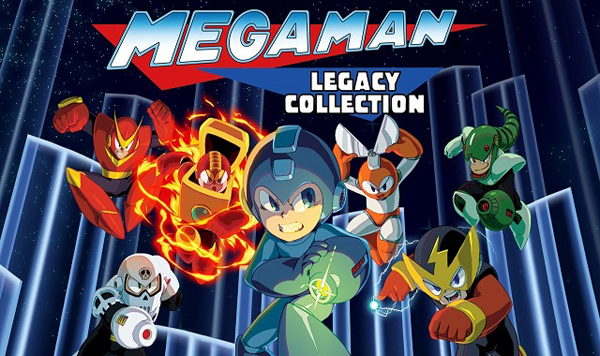 The Blue Bomber is once back from the past, welcoming players both old and new The concept of re-releasing Mega Man games is not a foreign concept at all…