Thymesia Review: A Journey to Remember 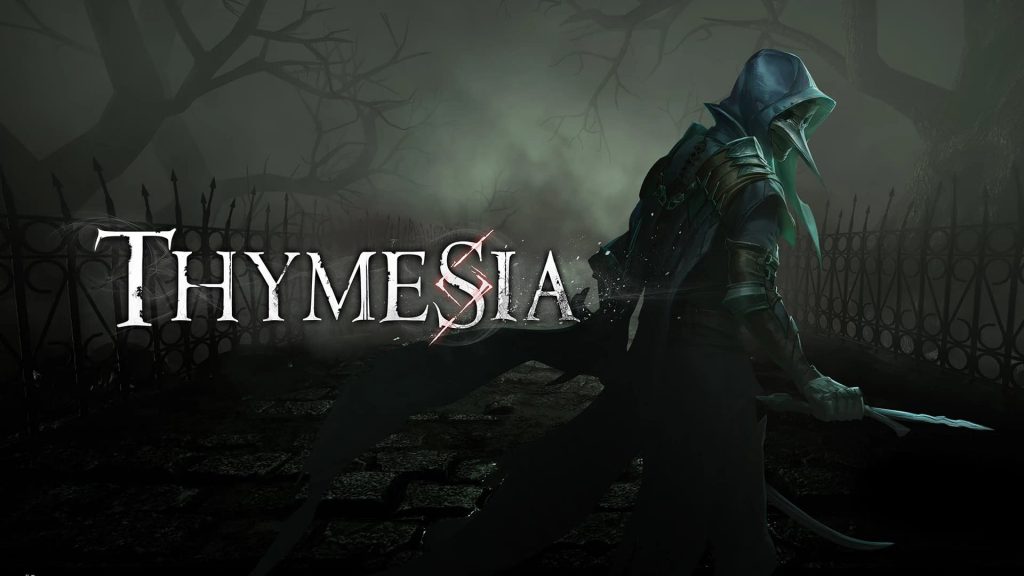 I’ve always considered the Soulslike subgenre to be the contemporary equivalent of the Metroidvania subgenre. Neither Dark Souls nor Castlevania: Symphony of the Night/Super Metroid were responsible for creating their primary genres (action RPGs and platformers, respectively) but instead used their base materials to create something so unique and wonderful that people couldn’t help but try to replicate it. Now, I’m sure I don’t need to point out how commonplace Metroidvanias have become over the year—that’s kind of a no-brainer at this point. However, the rise of games modeled after Dark Souls that come from non-From Software sources is still a bit of a novelty. We’re at a point in time where people (or, really, just game developers, I guess) are comfortable enough to attempt and try to mold the Dark Souls formula into something of their own, but are still in the process of trying to figure out what does and doesn’t work—a point which brings me to the topic of this review, Thymesia.

It’s on the Tip of my Tongue… 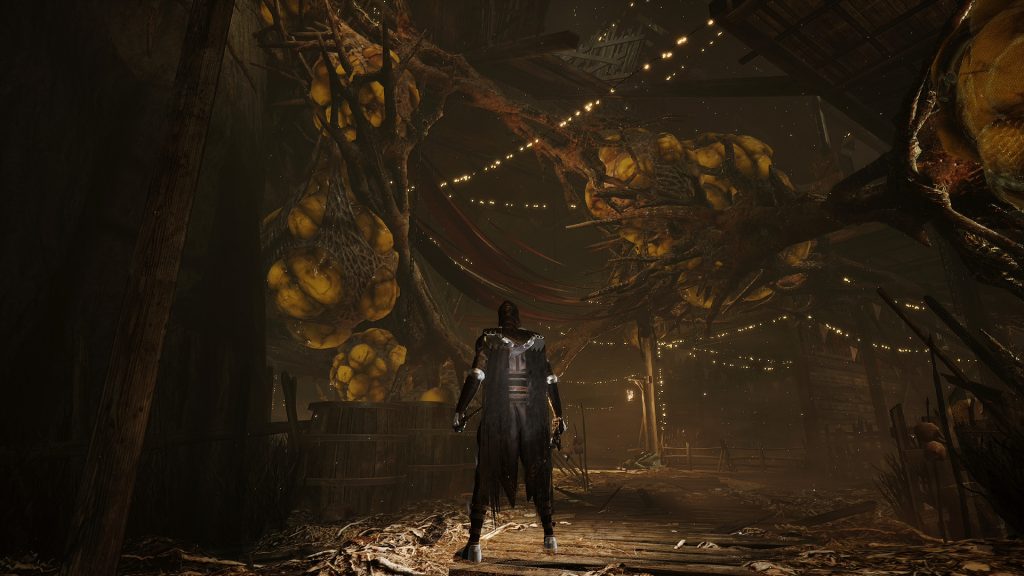 You should probably remember how to get rid of this sooner rather than later.

Thymesia‘s premise is a rather interesting one. The game’s story takes place in a world ravaged by a plague that is not only incredibly lethal, but seemingly incurable as well. One by one, kingdoms around the world found themselves caught in the iron grip of this illness and, unable to counteract it, fell to ruin—all of them except for one called Hermes, that is. Standing at the forefront of alchemical science, Hermes was able to create a cure for the plague from the plague itself—shedding a much-needed ray of hope upon a world engulfed in ruin. Unfortunately, Hermes eventually started to crumble, too—resulting in a mysterious individual named Corvus going out and finding a new way to combat the plague. The good news? He might have already found the cure! The bad news? He had a tiny little mishap that rendered him an amnesiac. Talk about irony, eh?

As with most Soulslike games out there, Thymesia doesn’t play an overly active part in telling its own story, leaving the player to figure out what’s going on as they pick up notes scattered about the world. In that regard, there really isn’t much that I need to comment on—it’s a formula that’s worked fine for a while and works just fine in this game. What I would like to comment on, however, is the unique way in which Thymesia incorporates gameplay into the story. So, like I said before, Corvus has basically done everything that he needs to do—he just kinda, you know, literally forgot everything. Because of this, levels don’t consist of Corvus going out and doing things but, instead, remembering what he’s already done. Mechanically speaking, this doesn’t really affect anything. But it absolutely adds to the immersion. Corvus doesn’t die when he runs out of HP—his thought process gets interrupted—and the game’s use of memory as a form of experience heavily implies that becoming stronger or unlocking a skill is basically the same as Corvus thinking to himself, “oh, that’s right, I was able to use that one skill!” It’s an incredibly clever way of reminding the player of the true purpose of Corvis’ journey, and it certainly doesn’t go unnoticed. 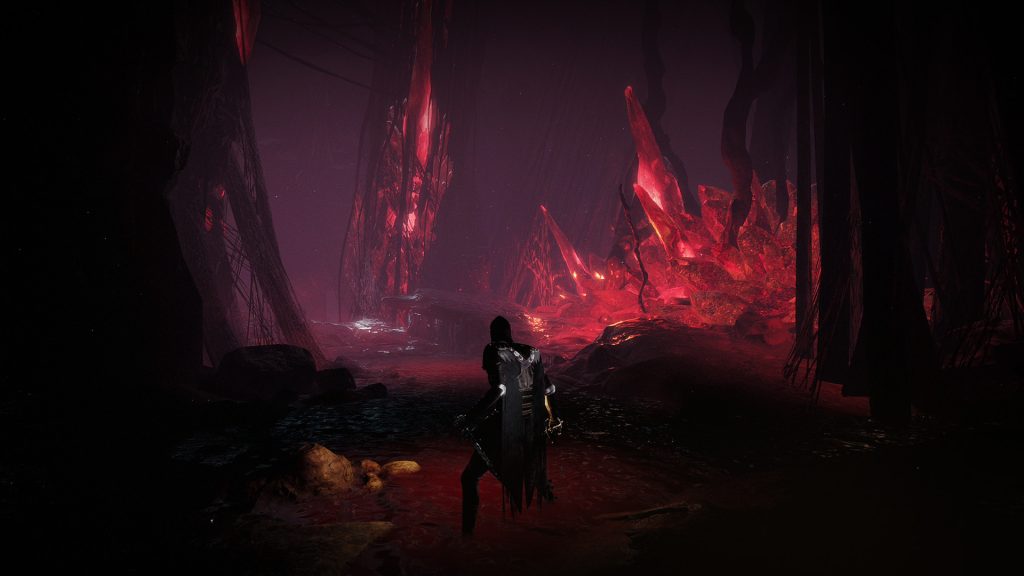 Does that whole “colorful = dangerous” thing apply to giant crystals, as well?

There’s also something to be said about the game’s artistic direction. And that something would be “it’s very good, and I liked it.” While it isn’t enforced or anything (it’d be weird if it was), there seems to be this unspoken rule that Soulslike games need to be immersive in terms of audio and visuals. These games usually go out of their way to not only show you that your situation is dire (because, let’s be honest, your situation almost always dire in Soulslike games) but are very explicit in explaining the ways in which said situation is dire. Thymesia‘s world is dreary, necrotic, and dripping with sorrow and despair—and the attention to detail that the developers paid when physically designing each of the game’s locales ensures that you’ll never, ever forget that. 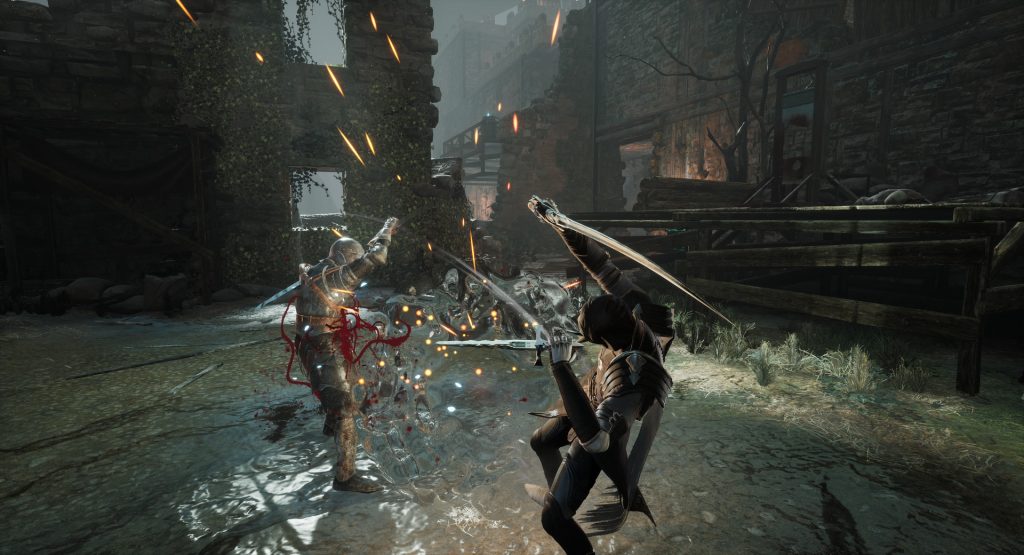 Here’s hoping you know how to counter!

I have nothing but praise when it comes to Thymesia‘s artistic and narrative endeavors. I can’t exactly say the same thing about the gameplay, though. To be fair, I’d like to make it clear that there’s nothing wrong with the way that this game plays. At least, not as far as I could tell. On the contrary, the game has the basics down incredibly well. The game’s controls feel incredibly smooth when it comes to combat, and, overall, Corvus himself plays like a dream (or maybe a memory in this case). Unfortunately, getting the basics down to a science isn’t necessarily enough to carry a game in a world becoming ever-more saturated in Soulslikes—and Thymesia definitely left me wanting when it came to its more creative endeavors.

The Soulslike genre has never been known for being open-world (although Elden Ring might have changed that), but, as far as I’m aware, they’ve never been painfully linear, either. Sure, these games do have a general path that you’re supposed to follow—and it’s pretty obvious what said path is—but most of the games that I’ve played in this genre allow a little bit of wiggle room when it comes to exploration—generally via alternate routes or optional areas. Unfortunately, however, I just wasn’t seeing that kind of freedom in Thymesia. I’m not saying that the game has zero to offer in the way of optional exploration—the optional missions are proof enough—but Thymesia‘s smaller areas and level-based approach left me feeling that the game was always doing its best to rush me to whatever boss is laying in wait at the current area that I was in. 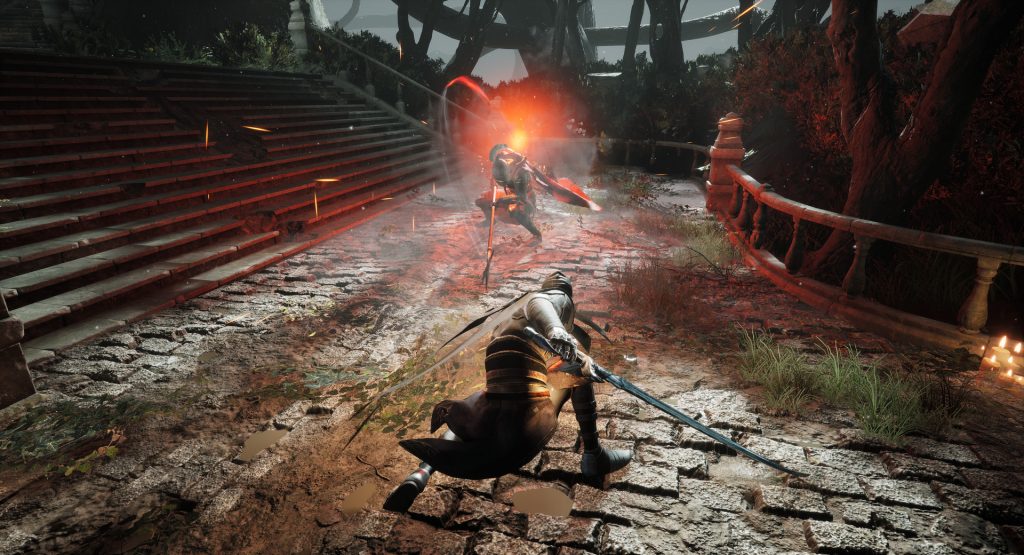 Always be on guard—otherwise, you might end up on the wrong side of a halberd!

There’s also the matter of combat. Now, like I already mentioned, Thymesia‘s got the basics down incredibly well. Unfortunately, it once again stumbles a bit when it comes to the game’s more creative endeavors. Thymesia has a unique way of accounting for damage in this game. As Corvus, you have two primary weapons—a sleek and swift sword, and a big honkin’ claw. At first glance, these weapons seem like this game’s version of light and heavy attacks—and, to be fair, they are—but Thymesia has very specific purposes for your arsenal that goes beyond what you’d expect. The sword deals what are known as “wounds” to enemies. While you’re able to stack up wound damage pretty quickly on foes, these ouchies don’t stick around. If you laze about for just a few seconds—bam—the enemy’s back to full health. In order to make those wounds more permanent, you need to inflict claw damage… which, you know, is done with your claw. I’m going to be honest—I was never really onboard with this. Damaging an enemy in a Soulslike game is hard enough—I don’t want to have to do it twice with every single foe I encounter. Admittedly, Thymesia does seem to offset this by making Corvus significantly less clunky than the traditional Soulslike protag—as well as removing stamina from the game entirely—but it just doesn’t do enough to offset how annoying giving every enemy (particularly bosses) the ‘ol one-two got to be after a while.

Thymesia‘s approach to character customization is also strangely stifling. Outside of Plague weapons (which basically act as this game’s form of magic), the game basically offers nothing in terms of weapon customization. You’ve got your sword and your claw, and that’s what you’ll be sticking with the entire time. As a consequence of this, the leveling system is also much more restricted—with the player only being able to level up two different kinds of attack (sword and claw) and their health. To counteract this, the game does have a skill tree (known in-game as “Talents). And, props where they’re due, that’s pretty unique. Unfortunately, I wasn’t really impressed with the skills that I was able to pick and choose from as, rather than offering ways to make Corvus into a truly unique character, most of them consisted of little more than increases to your basic offensive and defensive capabilities (i.e. a higher combo or a more forgiving counter), mild alterations to your feathers (which are used as ranged weapons, primarily for the purpose of performing counters), and passive buffs to item drop rates. I think Thymesia was onto something with the skill tree, but it just doesn’t feel like they did enough.

A Cure for What Ails You

Thymesia embodies the ever-rising popularity of the Soulslike genre incredibly well. As an indie Soulslike, it knows it can’t necessarily be as big and as bold as its source material, but it also doesn’t want to simply be written off as a sub-par copy of something that’s already been done. And the end result is something kinda-sorta in-between of those two things. I can appreciate Thymesia for what it does well—namely, its hauntingly beautiful visuals and fine-tuned combat basics—but its more creative endeavors felt more like the game trying to be different just for the sake of being different. I’m not sure that Thymesia is going to be at the forefront of its given genre, but it’s still a pestilence-ridden egg worth cracking open for those hungry for some new Soulslike action.

Full disclosure: A Thymesia code was provided to Hey Poor Player by the publisher.