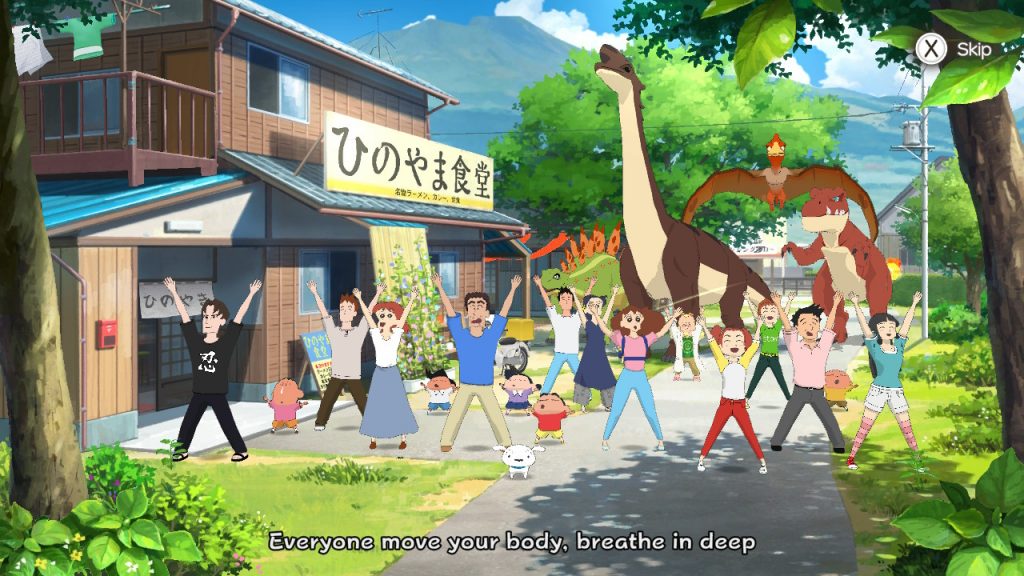 If you know anything about Shin Chan, it’s likely for one of two reasons: one, you’ve actually read/watched the original Crayon Shin Chan, or two, you’ve seen one of the many translations of the series — quite possibly the intentionally bastardized Funimation dub (featuring Laura Bailey!). Regardless of which Shin Chan fan camp you fall into, both parties can agree — this crude, irreverent preschooler is energetic, endearing, and entertaining. It’s why, even 30 years later, the Nohara clan is still out and about on new adventures, including the video game variety… like, say, Shin-chan: Me and the Professor on Summer Vacation -The Endless Seven-Day Journey-, for example (say that 5 times fast!). 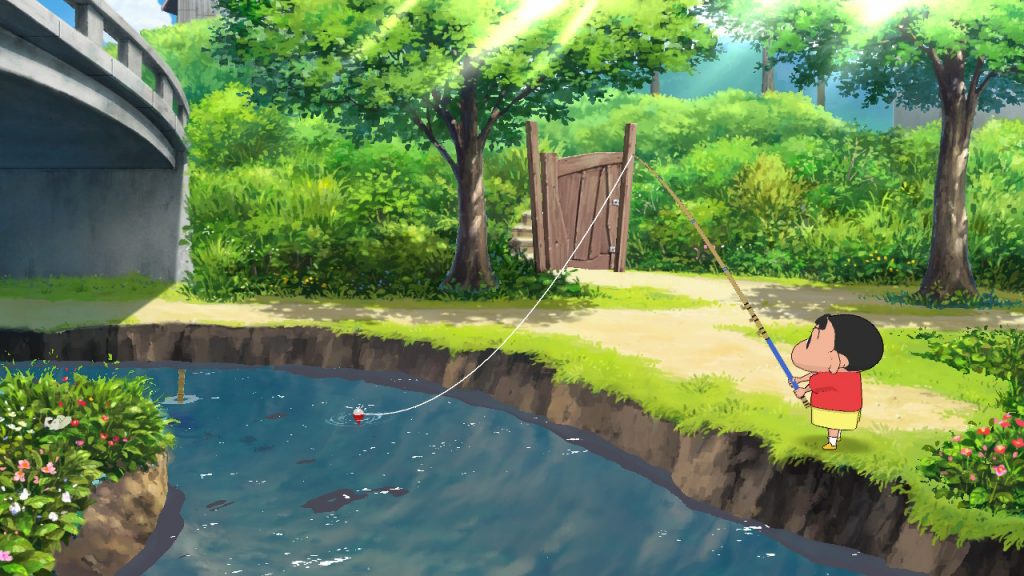 Shin-chan: Me and the Professor on Summer Vacation -The Endless Seven-Day Journey- has players taking on the role of the titular character, Shin (heh. Titular) on his way to Kyushu with the rest of the Nohara family in tow. You see, his father has a business trip in the area, so they decided to spend the week with old friends in the tiny town of Asso (heh. Asso). While dad Hiro spends the week in meetings and mom Misae assists her friends in their restaurant, Shin lives his best life bug-catching, fish-fishing, and using his camera to take mysterious photos-turned-illustrations of his adventures.

Speaking of that camera — it was actually given to Shin Chan at the train station by a suspicious academic named Professor Akuno, who asked the family to try it out for a week and give him feedback. While Shin did indeed put it to good use, he serendipitously caught something on camera that embarrassed Akuno — his sweet dance moves that somehow unlocked the secrets of time-travel. Swearing to never let Shin escape the town and tell the world of his dancing, Akuno traps Shin in a week-long time loop, thwarting his return back home in a Groundhog Day-esque experience. An endless summer vacation? What’s a 5-year-old to do? 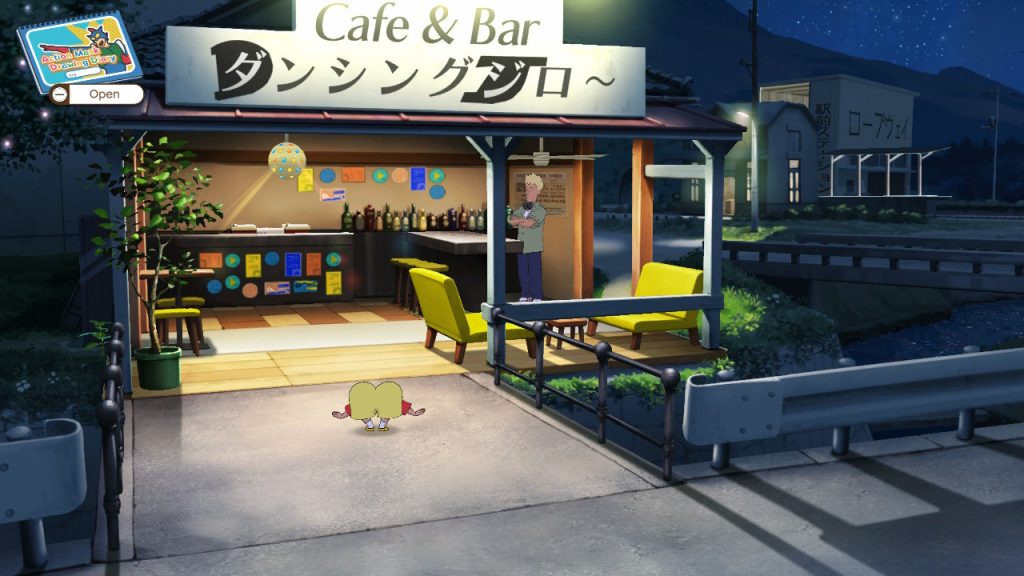 As it turns out, there’s plenty. In addition to the fishing and catching, Shin-chan: Me and the Professor on Summer Vacation -The Endless Seven-Day Journey- will see Shin employed as a reporter for the town’s newspaper, charged with coming up with new recipes for the restaurant, submitting delivery orders, farming veggies, foraging herbs, playing DJ, running errands, fighting kaiju battles (both miniature and true to size), and more. The game is paced nicely, keeping players incrementally busy by slowly unlocking portions of the map as time goes on, so as soon as one area starts feeling a bit cramped, another one is sure to open up soon.

While Shin is busy helping all the townspeople with their quests, Akuno repeatedly attempts to gain recognition for his evil deeds by summoning dinosaurs from the past (what with the time travelling dance and all). Most of the time the dinosaurs just lumber through the streets, paying no heed to the humans underfoot, so the townsfolk feel no need to sound the alarm on their new neighbors. This, in turn, makes Akuno more determined to summon even more terrible lizards — all to gain notoriety, achieve world domination, and secure lifetime passes to various amusement parks. Evil genius works in mysterious ways, I guess? 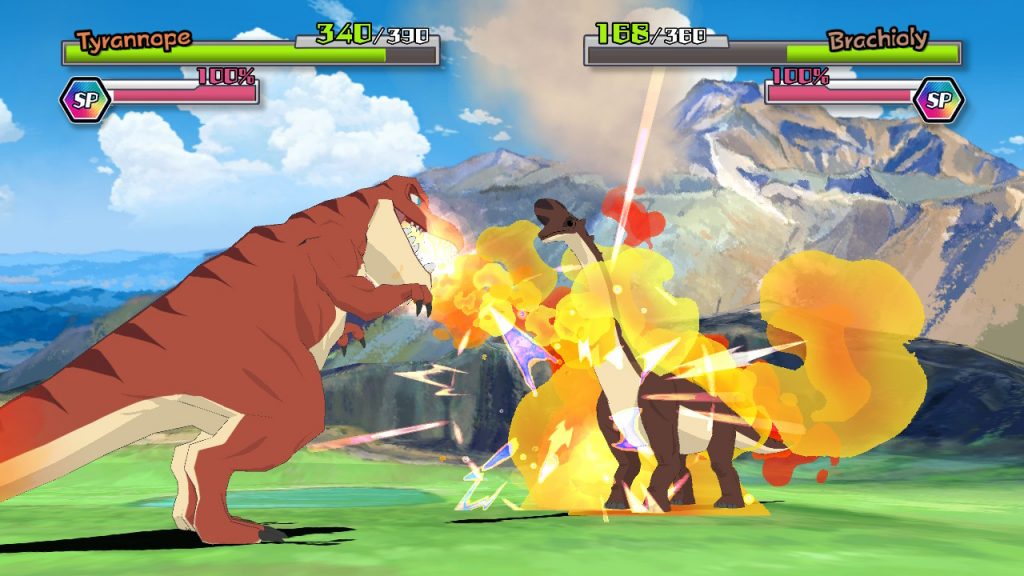 In a game focused on a 5 year old, it’d be easy to think that the target audience would also be 5 year olds, but there’s far too much reading for kindergarteners to get the full breadth of the Shin-chan: Me and the Professor on Summer Vacation -The Endless Seven-Day Journey- experience. The days also feel a bit too short to really cram in everything you want to do, especially if you’re coming from something like Animal Crossing: New Horizons (a very, very comparable title). So while actual 5 year olds might struggle to keep up with every last bit of dialogue, anyone who has aged out of the public school system may find the story a tad bit too predictable. It’s still very in-line with the Shin Chan brand, so it’s of course charmingly irreverent, but there are few twists or turns that will truly shock anyone. At least there’s a button specifically for the alien butt dance (or ass dance, as I originally came to know it!).

Although Shin-chan: Me and the Professor on Summer Vacation -The Endless Seven-Day Journey- was one of those games that I’d wake up excited to play each morning and even went as far as starting over again on New Game+ mode, I had a minor qualm: the bugs are honestly too small to clearly see sometimes. I was pretty much done with the game in its entirety before I realized I had been passing specific bugs the entire time because they melted right into a tree or the ground. To be honest, that’s really it — fans of Shin Chan really can’t afford to pass this one up. There’s so much to do and see each day with plenty of new things to wake up and look forward to that it really did feel like an exciting summer vacation from a 5 year old’s perspective. I’m hooked!

Editor’s note: This review is based on a digital copy of Shin-chan: Me and the Professor on Summer Vacation -The Endless Seven-Day Journey- provided by the publisher. 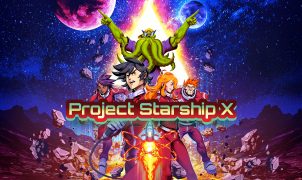