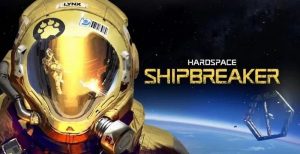 Hardspace: Shipbreaker, a sandbox game about salvaging parts from the wreckage of spaceships, launched earlier this year on PC to a lot of acclaim. I have to admit that I still haven’t managed to find the time to check it out despite how cool it looks, but soon I’ll have a new chance to do so when it launches on consoles September 20th.

Featuring a campaign as well as a free play mode, Hardspace: Shipbreaker has come a long way from its origins in early access where it was very much just a playground, albeit an intriguing one. A variety of tools will help you work for riches while trying to survive the process. Hardspace: Shipbreaker will release on PS5 as well as Xbox Series X|S. It will be on Game Pass day one for console players, joining the PC version which is actually already on PC Game Pass. Check out the first console trailer below.