Time For a Nature Hike! 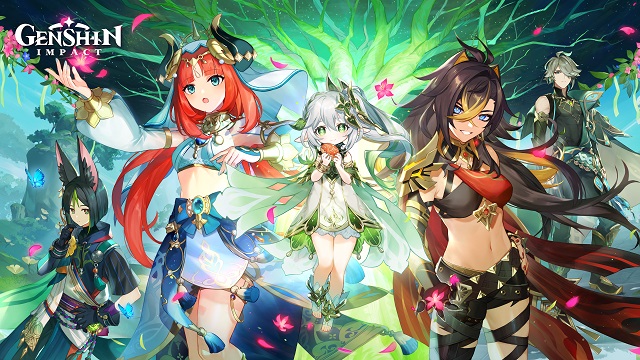 Greetings, Travelers! It’s finally time for us to see the Genshin Impact 3.0 livestream results and soak up all the woodland fun we’ll be in for when Sumeru drops. We’ve got a lot of new content to take a look at here, so let’s dig in!

First and foremost, here’s the Primogem codes featured in the livestream:

Now we can take a look at all the characters we’re gonna get to see here! The three major ones taking the spotlight are Tighnari, Dori, and Collei. 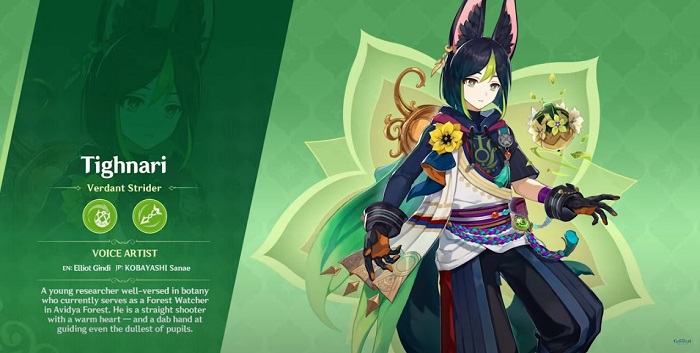 Tighnari is one of the primary Forest Watchers, having a keen eye for survival and tracking. He comes to us as the first 5-Star Sumeru character, a 5-Star Dendro Bow wielder. He’ll be seeing his bow running alongside his release on the banners, and will also be getting his Story Quest dropped alongside 3.0. 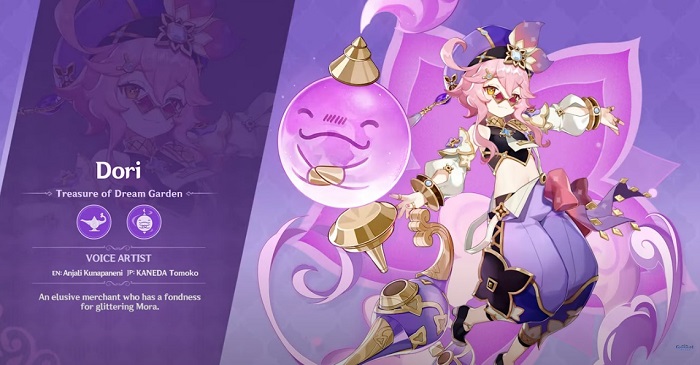 Second up is Dori, a well-known merchant in Sumeru known for carrying even the rarest goods in her stock, even though they don’t come cheap. As a 4-Star Electro Claymore user, Dori and her genie will have a big emphasis on support. 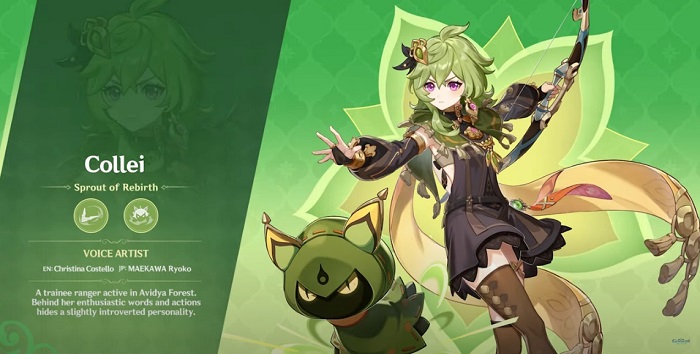 Lastly, we have Collei, and how far our little underdog of the web comics has recovered! She’ll be coming as a 4-Star Dendro Bow user, and will debut alongside Tighnari to make sure everyone gets in on the leafy fun, as well as being a free drop for those that participate in the Graven Innocence event detailed further in the article.

You can catch the full banner listing below. 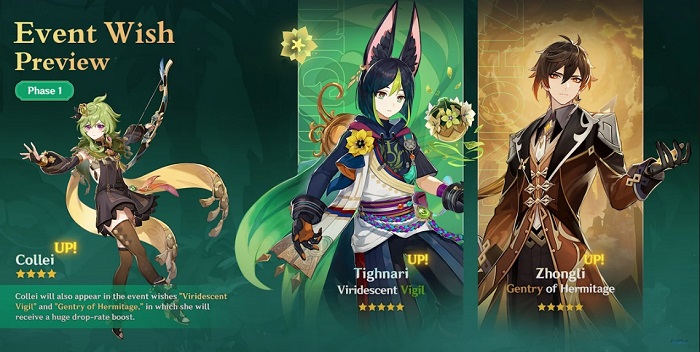 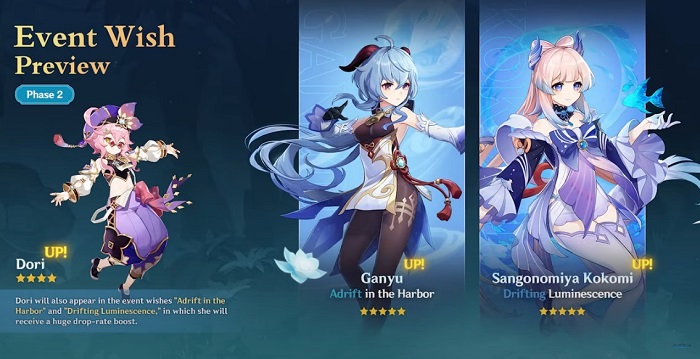 I’m sure by now, you’re wondering just what the newest element, Dendro, will entail. The full interactions of Dendro with the other elements have been detailed in the livestream. It is definitely full of potential, but is a bit more involved than some of the other elemental reactions.

Now onto Sumeru itself, and my, is it a beauty! Shining sun, thick forests with brilliant vegetation, and vibrant cities filled with the most knowledgeable citizens around. All of the citizens here can be seen using a sort of earpiece for communicating thoughts and information, facilitated in full by the Dendro Archon, Kusanali. Of course, all this talk of Sumeru warrants a little discussion of the main city itself! 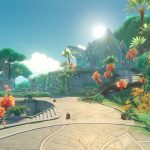 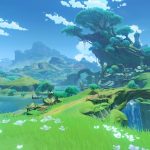 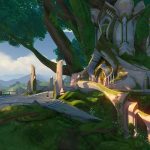 The flourishing Sumeru City was developed around a massive tree containing a Grand Bazaar, a lovely theater named Zubayr Theater, the Puspa Cafe, and many others. When you get further to the middle of this lavish tree, you reach the Akademiya, where researchers and scientists discuss their latest findings. Then at the top sits a well-decorated palace that has yet to be detailed on its contents. All of this, and this is just Sumeru City. From the bustling Port Ormos, to deep, tangled undergrowth hiding under the rainforest, despite this only being half of Sumeru so far, we have such a myriad of content to enjoy! 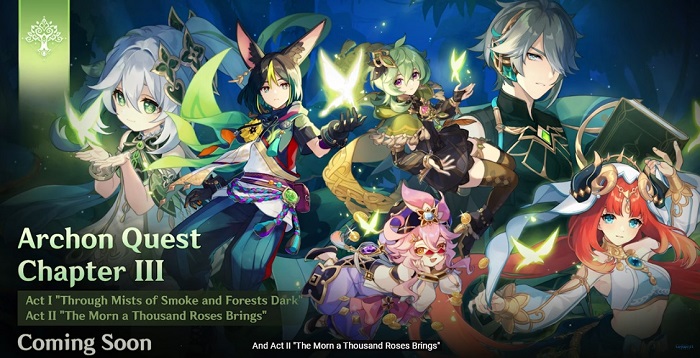 Moving on, we can see a selection of new forgeable weapons and artifact sets. 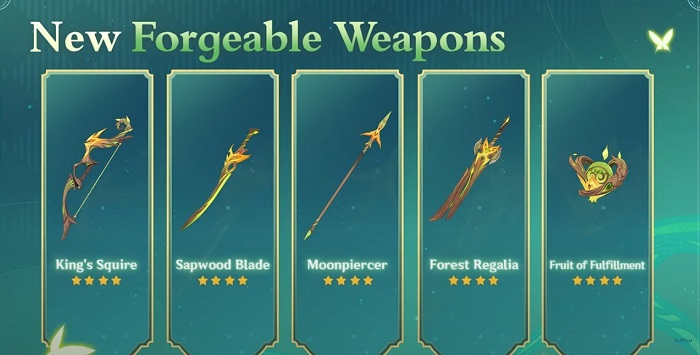 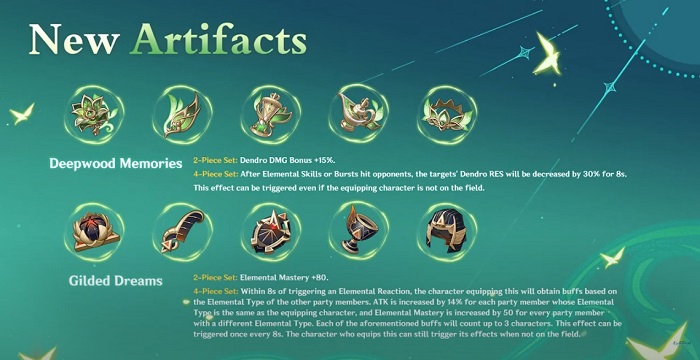 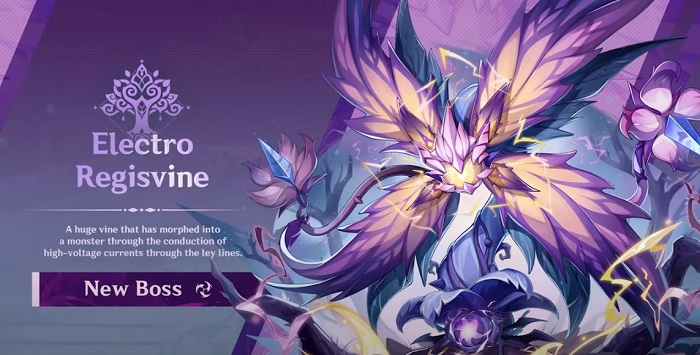 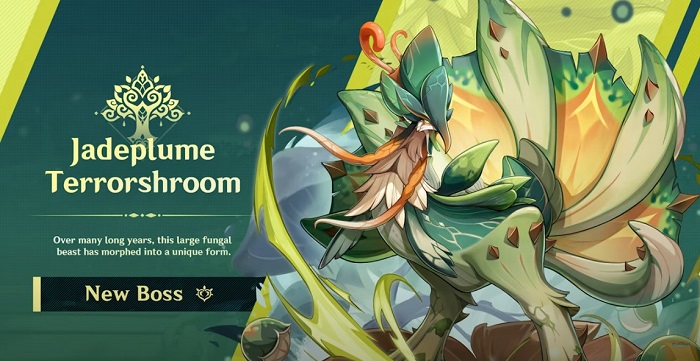 With such a massive content drop, we’d be remiss not to have a few events to spice things up! 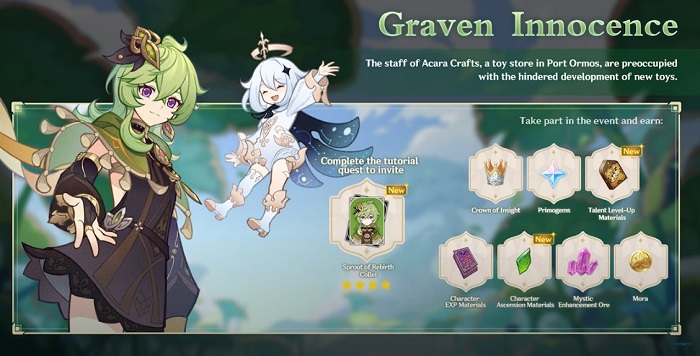 The first event we’ll be seeing is Graven Innocence, where a toy shop in Port Ormos needs help developing new toys for the children of Sumeru. You’ll be helping get some inspiration in some unique ways, like taking snapshots of various creatures, or participating in challenging battles. You’ll receive something called a Whimsical Draft, which can be exchanged for Carving Components that will serve as the pieces for little wood spirit carvings that can be used as furniture in your Serenetea Pot. 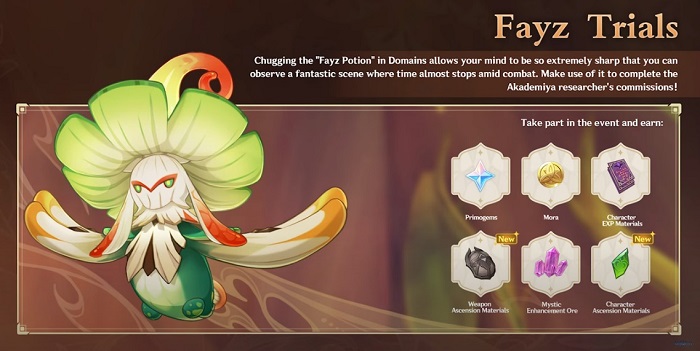 The next event to be seen is Fayz Trials, where you’ll take on battles in a custom domain using Fayz Potions that will allow you to halt time so you can glean weaknesses from the foes before you. Getting enough weaknesses figured out, you can unleash a Supersense Skill for devastating damage. You’ll have an entire trial team to play with, so no worries about getting characters up to spec for this one. 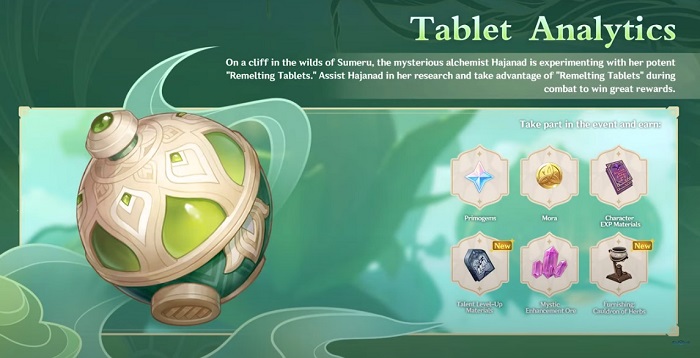 Next up, we have Tablet Analytics, which focuses on drawing random buffs to use in a special Domain. You’ll get to take your own team in for this one, with a few trial characters also available for use. In the middle of your fights in this dungeon, using a special mechanism will give you a random buff. 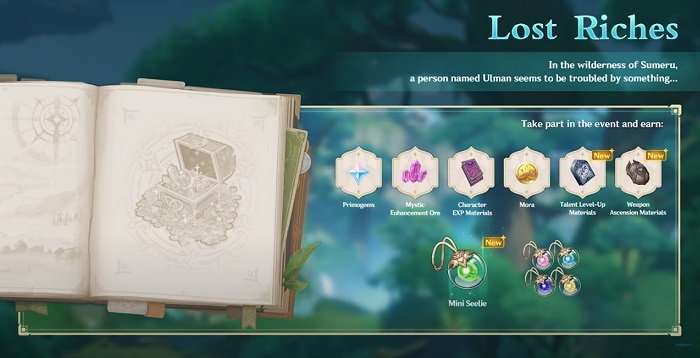 We’ll also be seeing our old friend Ulman show back up for some more treasure-hunting fun and a new color of Mini-Seelie to claim as a reward for helping! For those not aware of how Ulman’s Lost Riches events work, you equip his Mini-Seelie pet that will guide you towards treasure. Digging up treasure nets you some Ancient Iron Coins you can exchange in the event shop for a plethora of rewards, including a Mini-Seelie pet of your own in any color you desire (be warned, you can only purchase one of these, so choose your color wisely!).

Lastly, we’ll be seeing the Lay Line Overflow event come back, so you can use your normal amount of Resin to obtain double the rewards for up to 3 times a day.

Getting down to the last bits here, we have some optimizations to talk about. First, we’ll be seeing any Artifacts after 1.2 will now be able to be used in the Mystic Offering system, so you can take any three unwanted 5-Star artifacts and convert them to a Artifact Strongbox containing a 5-Star Artifact of your choosing, so less Resin spent farming Domains and hopefully more useful Artifacts can be salvaged from bad Domain runs.

Next, we’ll be getting three new gadgets:

The last thing to take note of for this livestream is there is a schedule for when to anticipate the next few version updates, which you can see below.

If you want to look at the livestream in full, you can check out the video below.

Anything about Sumeru you’re the most excited about? Sound off in the comments below! As always, stay tuned for more of the latest Genshin Impact news and guides!