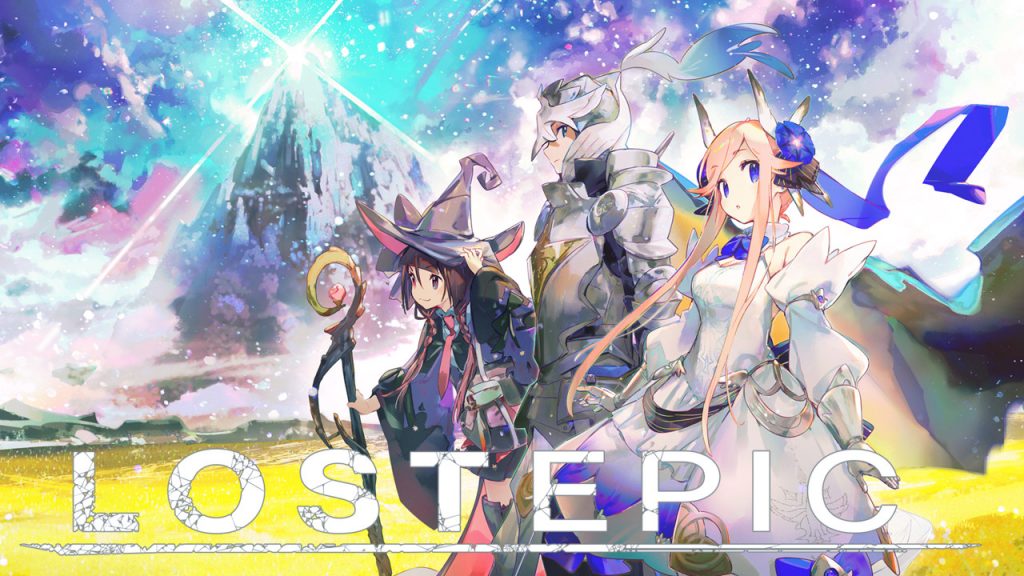 It’s been over a year since I’ve played Lost Epic. The last time I played it, which was back in June of 2021, the game was still in its pre-release stages, and I had been given the opportunity to sit down with a preview build. To make a long story short, I loved it. Quite literally, my least favorite thing about the game about the game at that point was the fact that it wasn’t a finished product. I wasn’t mad about that, of course, I just liked the game and wanted to play the whole thing. I knew that I was going to have to wait a while for that to happen, though, so wait I did—until that day finally arrived. It was finally time to play Lost Epic in full, and I couldn’t wait.

To put it bluntly, Lost Epic didn’t turn out exactly how I thought it would. I quickly came to realize that there were a lot of things that I had initially overlooked during my 2021 preview given the game’s incomplete state. Whenever I ran into something that seemed off, I thought to myself “meh, I’m sure it’ll be fixed.” A lot of those oddities never really got fixed, though. Did it result in the game being bad? Psh, of course not! I still had a great time with it—just not quite as great a time as I had initially been hoping for.

The Odd Ones In 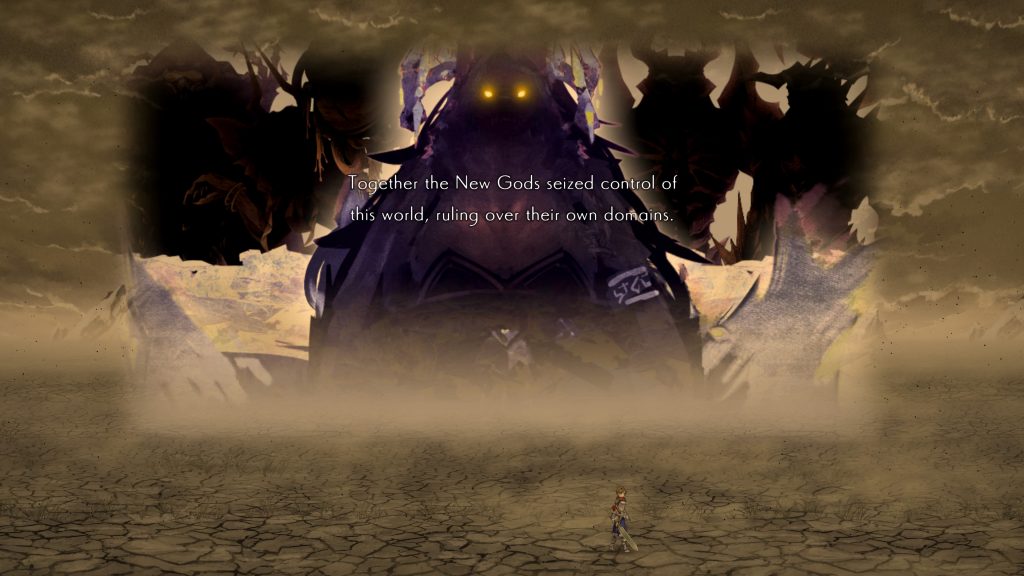 I mean, to be fair, the Old God DID kinda just up and leave…

Lost Epic takes place in a world that was once watched over by an entity simply known as the “Old God.” The Old God’s reign was seemingly a peaceful one, with its inhabitants seeing continuous prosperity under her watchful eye. Unfortunately, nothing lasts forever—not even gods, in this case—and the Old God simply up and left, leaving room for a new divine being to rule—a position which was ultimately filled by not one, but six divine entities. These new overseers, collectively known as the New Gods, split the world up into six different sections and ruled over their new domain. This, on its own, isn’t necessarily the worst thing. Unfortunately, these New Gods are all quite cruel—granting boons to only their most devout of worshippers and thoughtlessly sacrificing countless lives to ensure the prosperity of their respective territories. For a while these devilish deities were allowed to go unchecked. After some time, however, a group of disgruntled humans banded together and formed the first of the “Knights,”—a group dedicated to actively opposing the gods. Many Knights have tried, and failed, to slay the New Gods. But, now, it’s your turn—and there’s something awfully special about you!

Lost Epic‘s story is fine. That might sound a bit shallow, but I really don’t mean it as an insult. There isn’t a whole lot there, but there doesn’t need to be—it’s a game primarily focused on action and exploration. All you really need in a game like this is a sensible reason for what you’re doing (and sometimes not even that)—something which this game absolutely provides you from the very beginning. What I can’t excuse, however, is the poor translation. I’m aware that this game was developed in a country whose primary language is not English. Because of that, I’m not going to sweat it if there is occasionally some wonkiness here and there when it comes to grammar (everyone makes mistakes, after all). Whatever’s going on in Lost Epic, however, most certainly surpasses “occasional.” I won’t go any further into things than that for both your sake and mine, but this game’s English translation is in dire need of a clean-up.

A Journey Beyond the Pale 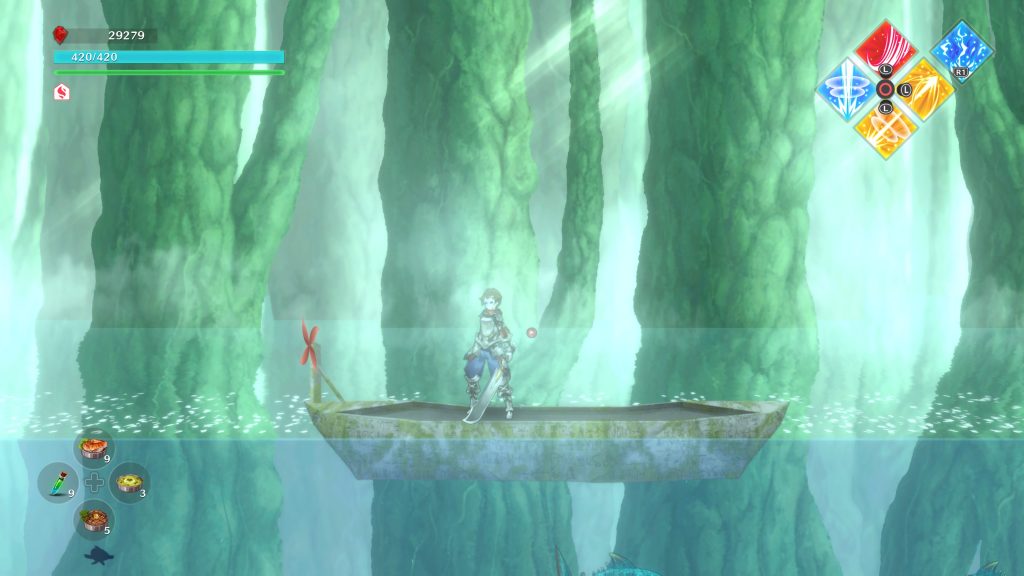 Peaceful moments are few and far between—catch your breath when you can!

Lost Epic is a 2D, side-scrolling action RPG/Metroidvania with Souls-lite mechanics added into the mix. Due to the whole “needing to slay the New Gods ruling over the world thing” being at the crux of the story, a hefty chunk of the game centers around exploration. As previously mentioned, Lost Epic is, in part, a Metroidvania—but not entirely one that works by the books. This is largely thanks to how the game’s map is set up. Like most Metroidvanias out there, the entirety of Lost World takes place in one, interconnected world—something which the player can slowly map out over time. Rather than being small, blue, and grid-like (a-la Castlevania), Lost Epic‘s maps are a little more minimalistic—a fact that I’ve always found to be a little ironic given how detailed and gorgeous the game itself is. Why does this matter, though? Well, because many of this game’s sections are notably larger than those of other Metroidvanias. Because of that, it’s a little easier to get lost (especially in areas you haven’t explored before). It’s nothing game-breaking, but it can get a little frustrating.

It’s not all doom-and-gloom, though (and, really, the map thing is more of a minor inconvenience). One of the neatest things about Lost Epic is that it’s only pseudo-linear. Mobility based skills—such as breathing underwater and triple jumping—do exist within the game, but not having them isn’t something that will immediately halt your progression. While the fact that each subsequent area is filled with enemies that are, more often than not, much tougher than those within the previous area, there usually isn’t anything that straight-up stops you from skipping a boss for the time being (keep in mind that this isn’t always the case, however). Because of this, players have a greater sense of agency regarding whether they’d like to pace themselves in a more traditional manner, if they want to challenge themselves by fighting a higher-level boss first, or if they simply want to explore the world around them before diving into any important battles. 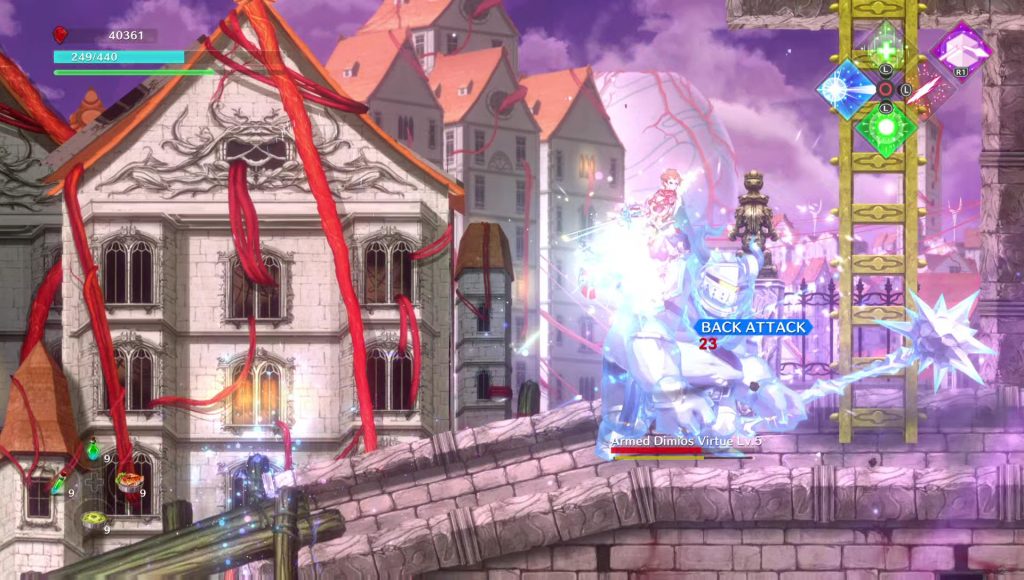 On the other side of Lost Epic‘s proverbial coin is combat. As previously mentioned, Lost Epic is a 2D Souls-lite—meaning that it uses the same basic mechanics as a Souls game, but isn’t quite as punishing (or deliberate in terms of movement). Combat is fairly fast-based—at times bordering on being hack-and-slash—although the fact that it requires the player to pay attention to things like stamina means that you can’t just mindlessly hack away at enemies until they’re dead. Many enemies are also best dealt with through clever use of dodging and parrying, once again ensuring that Lost Epic‘s combat stays away from being mindless or trivial.

One of the more unique things about Lost Epic is its skill system—a mechanic which works extremely similarly to the ones that you find in, of all things, modern-day Ys games. Almost every weapon in this game has its own unique skill. While these skills are, at first, attached to their particular weapon, the player can eventually master them through repeated use (which can be done by spamming them, FYI). Once mastered, these skills can then be equipped so long as their respective weapon is being used and strengthened through further use, eventually leading to the player amassing an incredibly wide skillset as they play.

I remember being impressed with how skills worked when I first dove into this game, and I’ve got to say that, after playing through the full game, I’m even more impressed. Despite the sheer number of different techniques the game throws at you there’s very little overlap between them, and they all have their use. While there certainly are cases of some skills outranking others, a lot of it just comes down to what you’re comfortable with using or what you find enjoyable. Character customization is always important in Soulslike/lite games, and Lost Epic really did a great job when it came to creating a unique mechanic like this.

So, Lost Epic didn’t quite live up to the standards that I had set for it when I had played it last year… but it was still good! Flaws aside, Lost Epic is an  Metroidvania Souls-lite that’s every bit as charming as it is challenging. Sure, there’s still some work to be done here and there, but I’m confident they’ll get there in time.

Full disclosure: A Lost Epic code was provided to Hey Poor Player by the publisher. 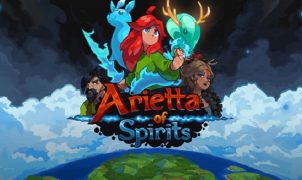