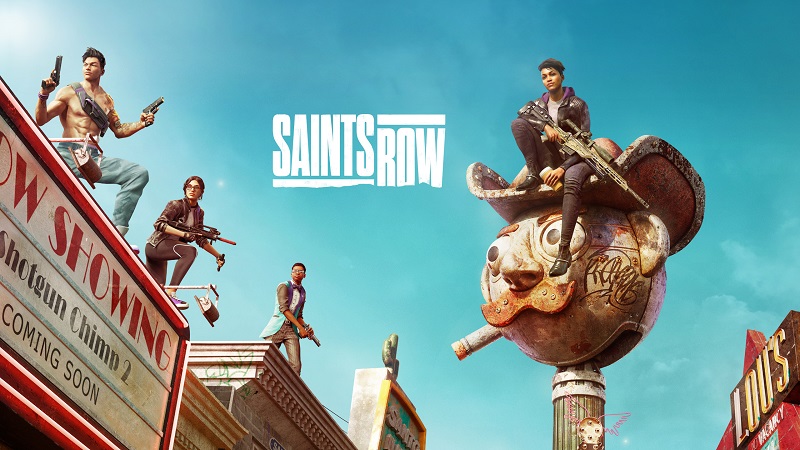 When Volition’s upcoming Saints Row reboot was announced last year, I have to admit that I was somewhat unsure of what to make of the game. After all, the bombastic sandbox series has only gotten more over-the-top with each new installment, taking players from the crime-ridden streets of Stillwater to the heart of alien motherships to enforce street justice, one dildo bat swing at a time. So when it was revealed that the latest entry would be dialing things back from the super-powered shenanigans of Saints Row IV to deliver a more grounded take on underworld empire-building, I wasn’t quite sure how to feel.

Thankfully, I’m happy to report that my initial concerns were misplaced. I recently had to chance to join my criminally-minded colleagues in the gaming press at a preview event in Las Vegas hosted by Koch Media. And after spending over four hours of hands-on time with the game in a seedy hotel converted into a slice of Saints Row’s fictional city of Santo Ileso, it’s plain to see Saints Row has what it takes to be the most exciting game in the series to date with its overhauled mechanics and lovable cast of ne’er-do-wells. 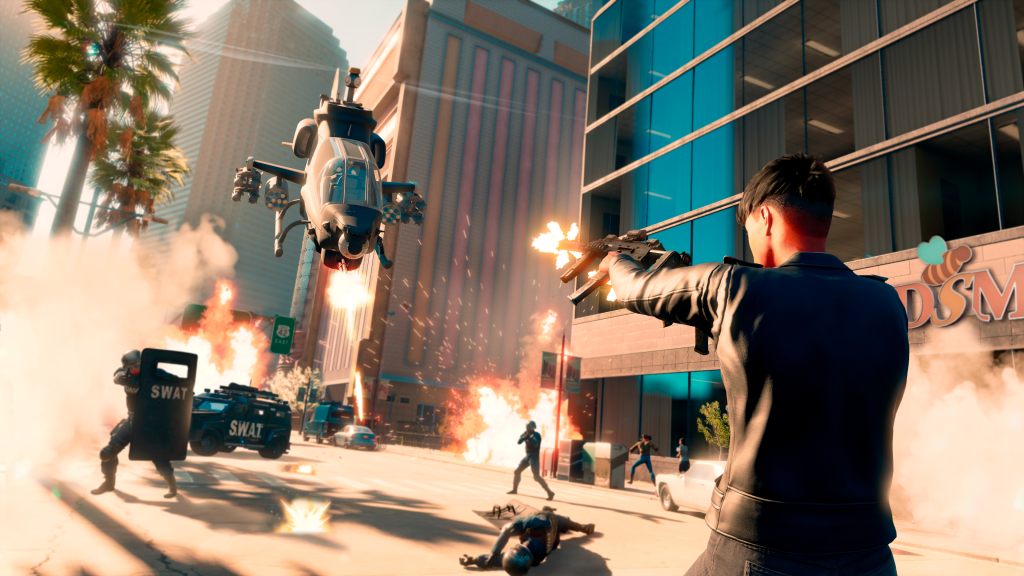 Having recently revisited Saints Row: The Third and Saints Row IV: Re-Elected in preparation for the new game, I can’t stress enough just how much more refined everything feels this time around. While the fundamentals haven’t changed all that much since the last installment, everything feels much more crisp and fluid, making each firefight a treat as you riddle rival gang-bangers with lead with a variety of brutal weapons, ranging from the SMGs and pistols you’ve come to expect from the series to devastating near-future weaponry that sends goons soaring through the air like fleshy footballs.

As you complete missions and level up your Boss, you’ll unlock new skills to help even the odds. Some of these are pretty tame but effective, like being able to deploy a smoke screen to get the drop on your enemies or absorb more damage, while others are a bit more colorful. My favorite of which was the Pineapple Express, which involved stuffing a live grenade down the paints of an enemy before lobbing them towards their buddies for an explosive reunion. This quickly became my go-to ability, both for just how effective it was at thinning out groups of baddies and because it was laugh-out-loud hysterical. That said, I genuinely can’t wait to see what other types of skills are in store in the full game when it releases later this month.

In addition to these skills, the strategic use of takedowns helps flesh out the moment-to-moment gunplay by restoring a bit of health when you pull them off successfully, adding a welcome element of risk versus reward to the proceedings. You can’t just go pulling these off all willy-nilly, however. Some enemies come equipped with shields that need to be destroyed with conventional weaponry before you can get up close and personal with one of these flashy finishers. All of these elements combine to make Saints Row’s shootouts feel more satisfying than ever. 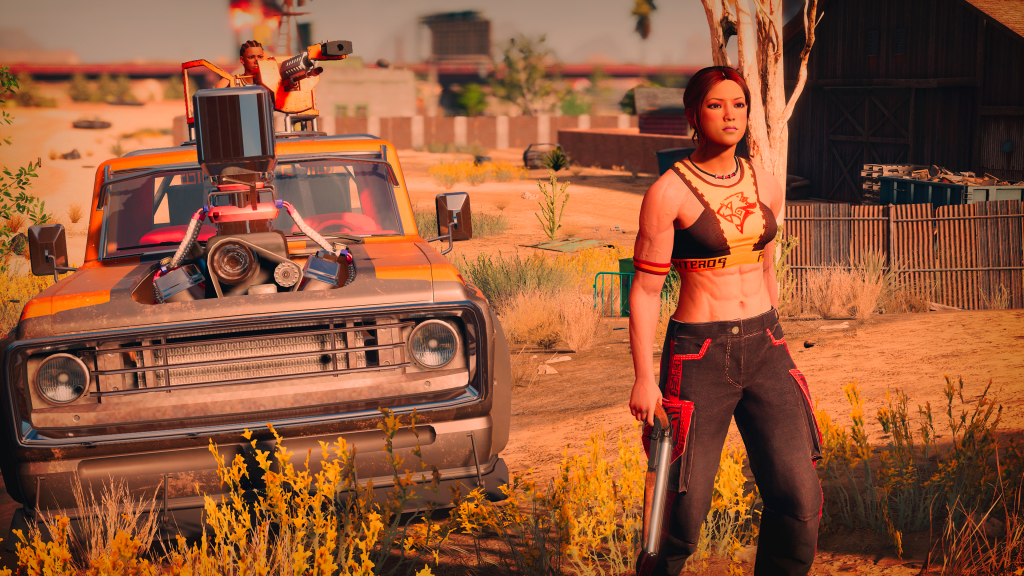 Saints Row’s seen some improvements behind the wheel as well. You can now side-swipe enemy vehicles and send them careening off the road or oncoming traffic. Pulling off a successful vehicle takedown on one of Santo Ileso’s finest during a high-speed chase is immensely satisfying. You can even clamber out the window of a speeding car and onto the roof to better fight off your pursuers or leap from car to car like a street-smart Nathan Drake.

Speaking of Naughty Dog’s trigger-happy treasure hunter, my favorite mission during the preview build made heavy use of all of these new vehicular mechanics as I worked my way up a caravan of Los Panteros trucks as they raced through the desert in the middle of a sandstorm. It was an exhilarating set piece moment that reminded me more than a little of Uncharted 4’s iconic convoy sequence as I leaped from speeding car to car while dodging devastating torrents of LMG fire. Now, if that’s not high praise,  then I genuinely don’t know what is.

Another new feature Saints Row brings to the table are criminal ventures. These are tasks you can perform to grow your gang’s influence throughout Santo Ileso. While there are numerous activities to undertake, the preview build I played only allowed me to build up my Chalupacabra food truck franchise, which not only dishes out fine Mexican cuisine but also the most potent drugs in town. To grow my operation, I had to intercept rival food trucks and either put them out of commission or steal them to expand my dope-dealing fleet. With other hustles like dumping toxic waste and the return of the fan-favorite insurance fraud mini-game, it seems like there’ll be plenty to keep industrious gangsters occupied outside of Saints Row’s main story. 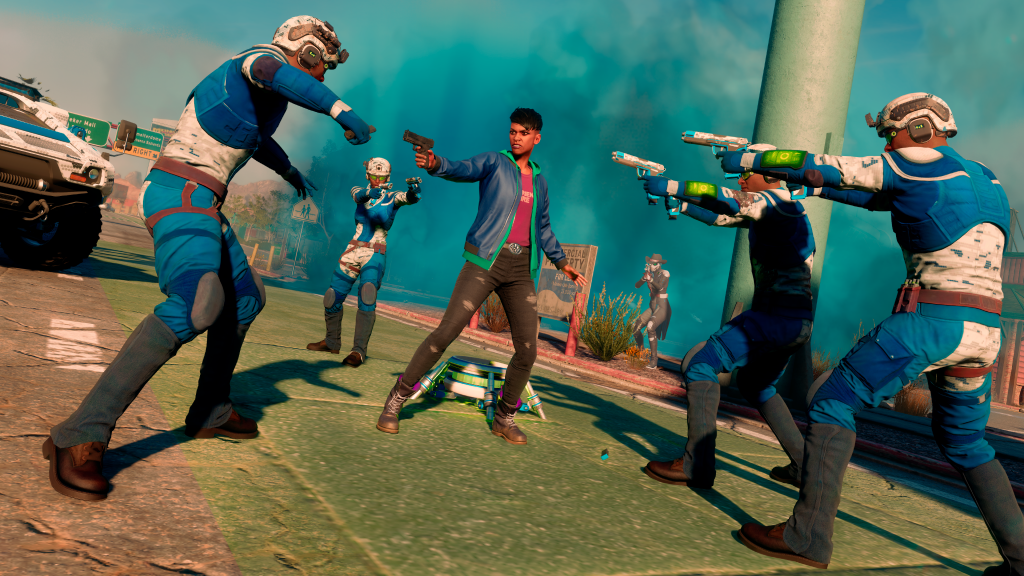 The latest gang of Saints is a considerable departure from Johnny Gat, Shaundi, and Playa. They’re all entry-level thugs in the city’s various gangs, who all just happen to share an apartment together. They’re an affable bunch — well, save for The Boss, who kills hundreds of poor saps during his day job as a PMC — more concerned with noshing on brunch and paying rent than they are with launching an ever-expanding criminal syndicate. Kevin is a serially-shirtless DJ and member of the Daft Punk-esque gang known as The Idols. Neenah is a talented getaway driver romantically involved with a member of the Los Panteros street gang. Lastly, Eli is a talented investor with dreams of heading a large corporation. Of course, it doesn’t take long before things come to a head between the various factions the roommates are allied with, but I won’t be offering any spoilers here. What I can say, however, is that even just a few hours in, I grew to love each member of the Saints and the ways they interact with each other. If the whole criminal empire-building thing doesn’t work out for them, I think it’s safe to say these golden-hearted gangsters could have a bright future as the stars of their own sitcom.

If there’s one last thing I want to gush about, it’s the setting itself. While I love the Saints Row series, I’ve always felt that the settings have been largely forgettable compared to other games in the open-world genre, such as the elephant in the room, Grand Theft Auto V. Santo Ileso marks a massive departure for the series with its sprawling map that just begs to be explored. The layout feels much more organic this time around, with vast stretches of desert, craggy mountain ranges, and a densely-packed concrete jungle teeming with hidden drug caches to seize, bounties to claim, and other trouble to get into. I could have spent hours just launching my dirt bike over desert dunes to see how much air I could catch or stalking rival gangsters to crush with my comically-large monster truck. If you enjoyed scouring the vast expanse of GTAV’s Blaine County, I think you’re really going to love what’s in store in Saints Row.

I couldn’t get Saints Row out of my head during my cross-country flight home from Las Vegas. With its smartly refined gameplay and the promise of countless criminal activities to participate in as I grow my underworld empire, I can’t wait to reunite with The Boss, Neenah, Kevin, and Eli when the game launches later this month. If you’re looking forward to exploring the sunny Santo Ilesos, mark your calendars for August 26 when the game launches on PS5, PS4, Xbox One, Xbox Series X|S, and PC.

What do you think of the latest game’s shift in tone? Are you looking forward to hitting the streets of Santo Ileso later this month? Sound off in the comments and let us know. 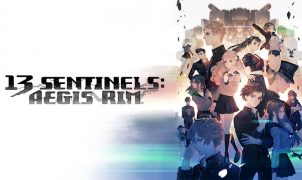