With EVO happening this weekend, its no big surprise that some of the biggest names in fighting games have been making announcements. Until now though, the news has been pretty small scale. Samurai Shodown getting rollback netcode is cool, but its a nearly dead game, great news for the faithful but not exactly a major headline. That changed today though when SNK announced the first new Fatal Fury game since 1999.

That this series has needed a revival isn’t news. I featured it on my list of dead franchises in need of a revival almost a year ago where I said:

“Despite this, the last entry in the Fatal Fury series remains 1999’s Garou: Mark of the Wolves. That game, and others in the series, continue to see ports to almost every new system that releases, yet there seems to be little interest in a sequel. Garou 2 was in development at one point, and as of 2005, was apparently even 70% complete. Yet development never finished, and nothing else has reportedly been worked on over the years.”

Someone must have been listening. While we only have a short teaser trailer for now, that’s enough to get me excited after so many years. Check out the teaser below and get ready to run with the wolves once again.

Darksiders III Headlines A Strong Month For Games With Gold 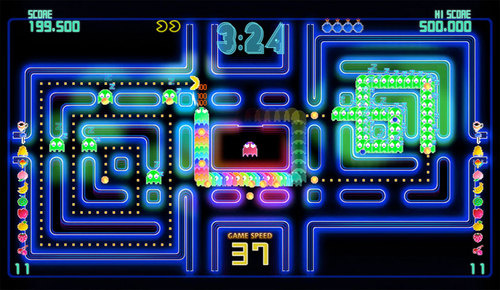 Pac Man is a name that needs no introduction. He’s fast, he’s yellow. He lives in a maze, has a pill addiction, and when he scores a big pill…