Yurukill: The Calumniation Games Review: They Did The Mash 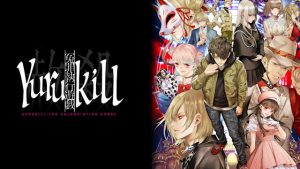 I love a good genre mashup. Bringing together two very different styles of game and making them not only work together, but even complement each other, is a tough trick. But when done right, you can create something that brings together the best of both worlds and puts them in entirely new contexts. Yurukill: The Calumniation Games brings together the sort of visual novel/adventure game fans of Zero Escape and Danganronpa will find familiar and a traditional SHMUP. To its credit, it does a pretty good job in both of these genres, with neither side of the game feeling like the weak link. If the two sides complemented each other, this might have been a classic.

Yurukill starts with the main character Sengoku waking up in a jail cell. That’s not the surprising part, though; the surprise is that this isn’t his cell. The last thing he knew, he was in his jail cell, serving a life sentence for a mass murder he insists he’s innocent of. Now he’s on a prison ship, surrounded by others serving sentences for crimes they insist they’re innocent of, headed to a strange carnival on Yurukill Island. 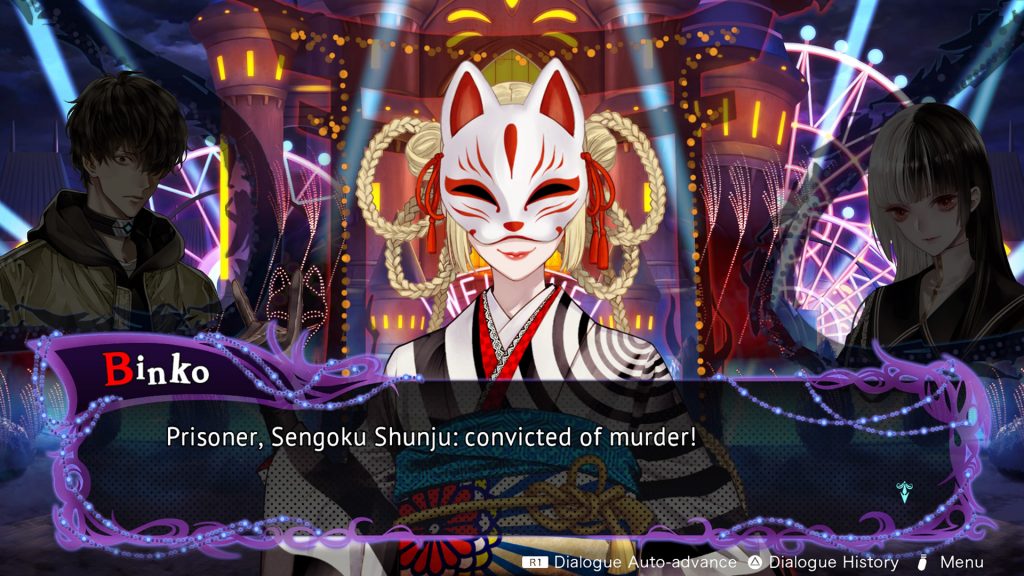 It turns out, Yurukill Island is a game of sorts set up by someone with a lot of money and power where six criminals are being given a chance to play a game. If they succeed, the person behind this game will use their power and influence to get their conviction overturned, whether they’re innocent or not. The only issue is that these games will have life or death consequences. You might even call it a killing game, though losing doesn’t necessarily mean death like in some other similar games in the genre. You can get through the contest, lose, and go back to jail. Only the winner will earn their freedom, though.

The six prisoners aren’t entirely on their own. They’re paired with a group of others known as executioners. Their partners will help them win, with them getting any reasonable prize they might want if they succeed. These partners aren’t just random people, though. They’re related to the crimes the prisoners were convicted of. They’re not in any danger themselves either, and they can end the prisoner’s lives at the press of a button if they ever feel in danger from their partners. Or, you know, if they just want some revenge. 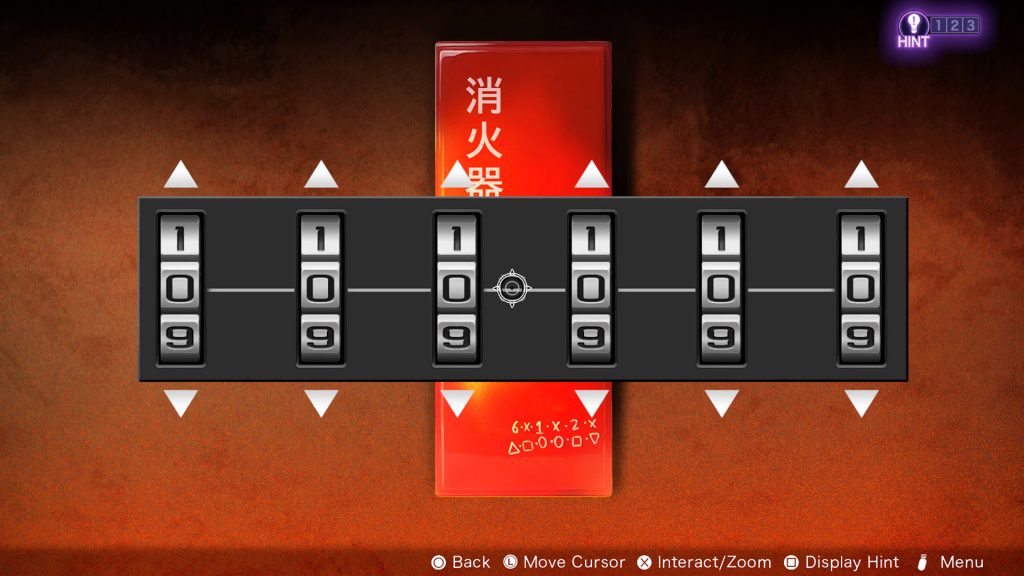 Sengoku gets one last twist before things get started. Just before leaving the prison ship, someone slipped him a piece of paper through the wall saying they were the one who actually committed the crime he’s accused of. That means not only does he have to compete with the other teams on the island, but he also needs to search for which one of them set him up.

The story of Yurukill borrows heavily from similar games, but it has enough of its own style to be compelling from start to finish. Each member of the cast has their own reasons for trying to win this, and while the connections between certain characters seem obvious early on, there were others that genuinely surprised me. You actually spend a chapter playing as four of the different teams in Yurukill, giving you a chance to get to know each of them. While you start and end the story as Sengoku, this isn’t just his and his partner Rina’s story. I most clicked with Hanaka, who brings a unique perspective to her story.

In each chapter, you’ll find yourself in some sort of escape room-style puzzle area, with you needing to complete a series of puzzles to move forward into the next area. Get through a few areas, and you’ll complete the chapter. It sounds simple because it is. Those familiar with similar games may expect these puzzles to make it more complex, but that really isn’t the case. There are a few clever puzzles here, but while the story of Yurukill is compelling, most are too simple for their own good. The ones that end up being more of an issue are mostly that because they’re poorly explained. If you ever get stuck, you can also use a built-in hint system for some help.

Take To The Skies 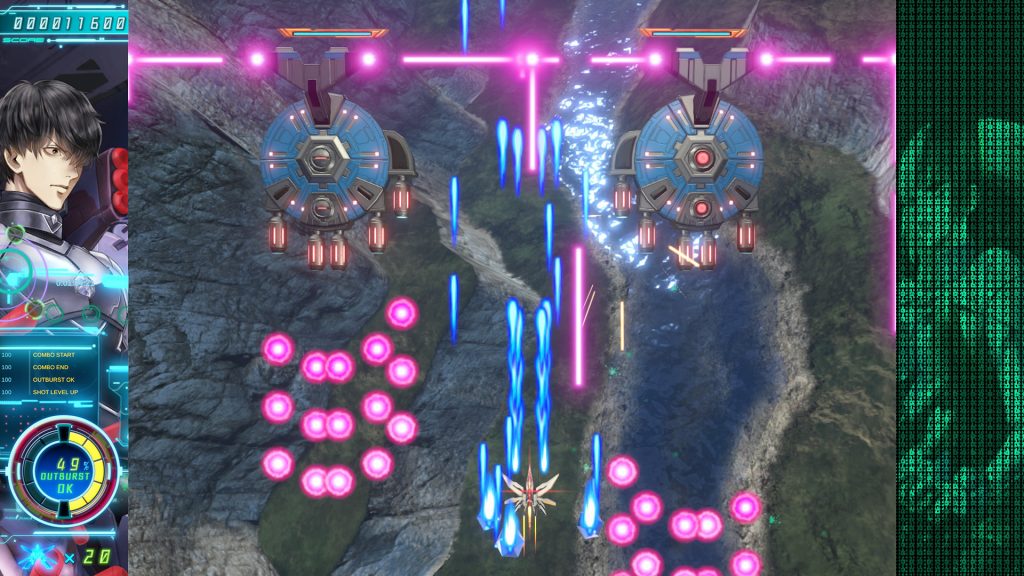 Complete each area, and you’ll then move onto a multi-stage SHMUP section where you have to pilot a ship through well-designed stages with whatever character the chapter stars. Those who are worried about difficulty don’t need to be. There’s an easy mode for those who want to focus more on the visual novel side of things, but I really appreciated these sections. Each character has its own power-up system and ship, which handle quite differently. The various stages have unique layouts, some of which require very different strategies, and the bosses feel unique and challenging. If you’re really into this side of the game, you’ll unlock the stages to play outside of the story mode, with the ability to play whatever pilot you want in whatever stages you want.

While I really enjoyed these shooting levels, Yurukill doesn’t do a great job of justifying why they’re here. They’re forced into the story in a rather inelegant manner, and while I expected there would be more to that at some point, there never really was. These sections of the game aren’t here because the developer had a great idea for mixing a visual novel and a SHMUP. They’re here because someone thought they could make a game with both of those elements. Which they did, and both sides of the game are solidly done. Neither side is a revelation, though and the two don’t elevate each other in any way. If anything, these SHMUP sections hold the story back a bit because they just feel like they’re recycling what the player has already figured out.

Yurukill’s story isn’t without fault either. While I liked much of the cast, and the scenario is intriguing, there were a few characters that never clicked with me. One pair, I’m still not sure what they were doing in this game even after completing it. Compared to similar games in the genre, Yurukill is also lacking a bit of bite, at least when it comes to its featured characters. I’d have loved to see a bit more variety in motivation. This might have made the ending a bit more satisfying. As is, everything comes together a bit too neatly.

I really enjoyed my time with Yurukill. It brings together two very different genres and presents a satisfying version of each. If those two sides elevated each other, we could have been looking at a terrific game. Instead, however, those sides mostly just sit alongside each other, feeling like a strange marriage that doesn’t entirely make sense. Fans of both visual novels and SHMUPs should certainly check Yurukill out, but if you’re only into one side of this equation, it may not entirely satisfy.

Full disclosure: This review is based on a copy of Yurukill: The Calumniation Games provided by the publisher. 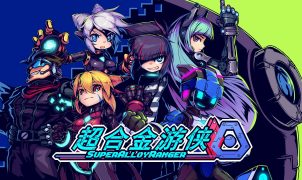 Alloy Mushroom’s debut title is an action-adventure platformer that reminds me of the old-school Mega Man games on the NES.