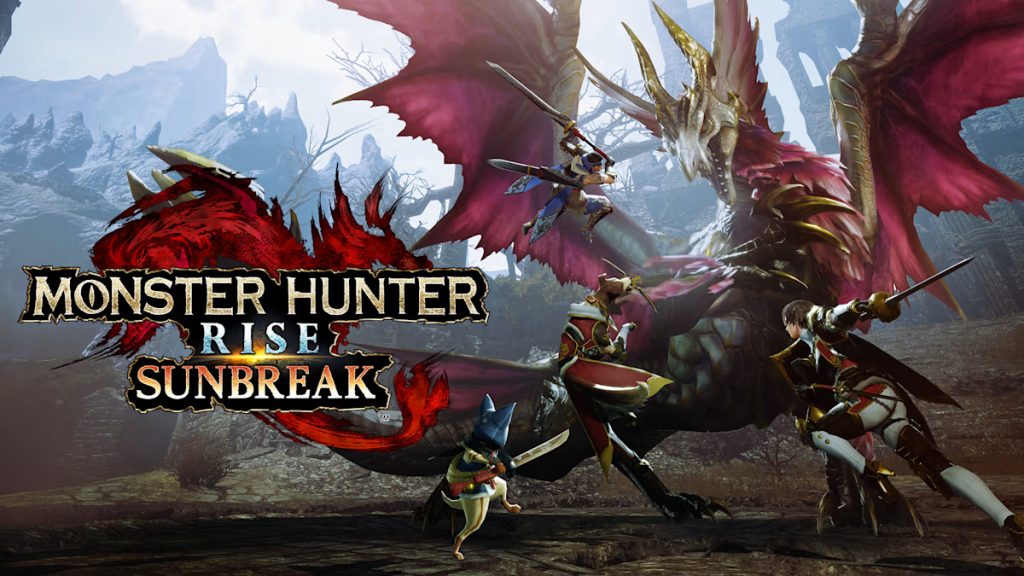 I don’t know about you, but I like Monster Hunter Rise a lot. It was a phenomenal entry into the Monster Hunter series overall and I couldn’t helped be charmed by it from start to finish. But, as much as I loved it, I couldn’t help but feel as though something was missing. Some kind of finality… okay, okay, I’ll drop the act—obviously, I’m talking about the fact that Rise didn’t come with any kind of a third hunting rank—be it G or Master.  I also knew that we were going to have to wait a while if we wanted to see how this generation of Monster Hunter played out all the way to the end.  Fortunately, now that said update is finally here in Monster Hunter Rise: Sunbreak, I can assure you that it it was more than worth the wait. 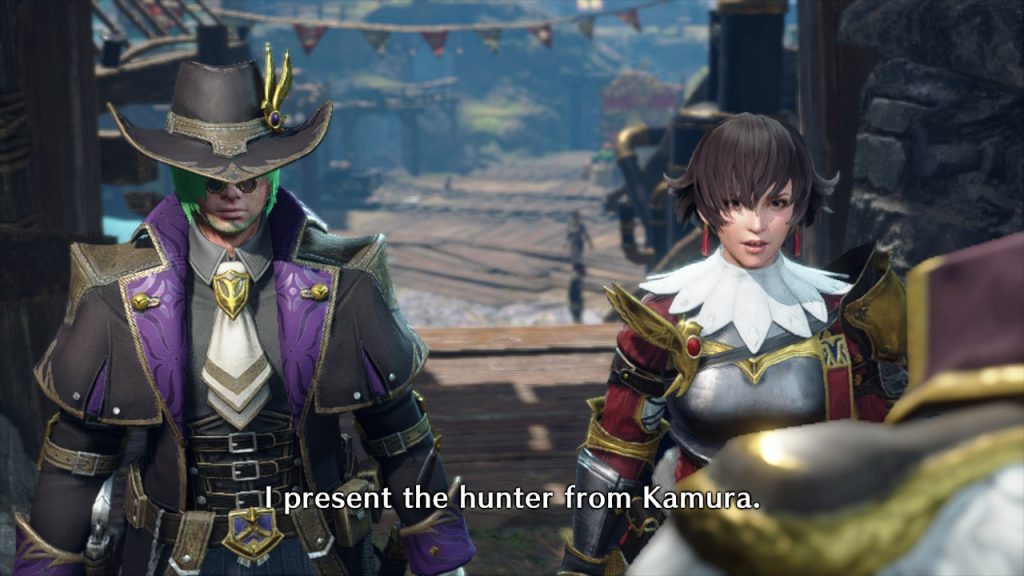 You guys know how to make bunny dango, right?

The end of Monster Hunter Rise really made it seem like everything was okay for the moment. Ibushi and Narwa had been slain, the Frenzy was finally quelled, and everyone was hosting a party for Kamura’s Ace Hunter (that’s you!). Yep… everything was just fine—except, you know, for that weird part at the very end where Hinoa and Minoto went into a trance and went on about some kind of future catastrophe. That was probably nonsense, though, right? Wrong! As it turns out, while Kamura Village may be safe, an even greater danger is posing an immediate threat to a far-away land known as Elgado. Fortunately, Rondine—the “trader” temporarily staying in the village—just so happens to be from there. And she’s more than eager to take Kamura’s greatest back to her homeland so they can once again save the day! You know, it kind of seems like that was Rondine’s plan the whole time… Nah, couldn’t be!

Alright, so I know that Monster Hunter is not a particularly “story-driven” series. It never has been, and I doubt it ever will be. And that’s just fine. Still, I couldn’t help noticing during the original release of Monster Hunter Rise that Capcom seemed to have put in substantially more effort when it came to the latest Monster Hunter‘s ability to tell a story—and that absolutely still stands with Sunbreak. Does it necessarily need a boost in narrative prowess like this? No. But you can bet your Basarios it helps with things like player immersion! 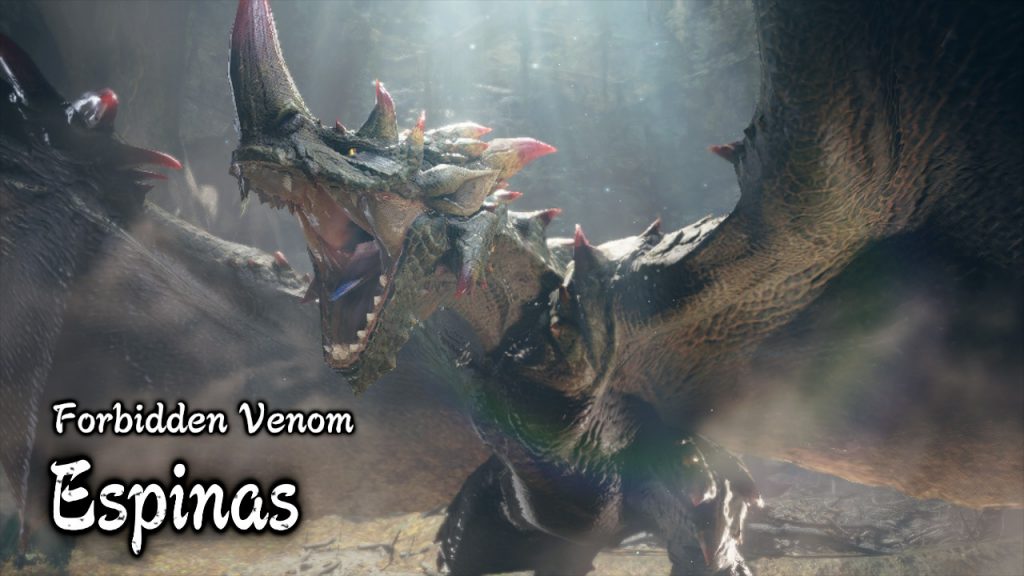 ‘Eyy, look who wandered on over from Frontier! Glad to have ya, buddy.

So, what exactly does Sunbreak bring to the table, you might be asking? That’s a great question! It’s also not something that I can answer simply because, well, it brings a lot. Obviously, the most important stuff relates to hunting itself. And, when it comes to hunts, you’re in good hands. It shouldn’t come as a surprise that Sunbreak, being a new expansion and all, comes with more monsters for players to hunt. As always, you’ve got brand-new hunts, including monsters inspired by Western lore, like Lunagaron—a pseudo-lycanthrope—and Garangolm—which is, well, a golem—and new variants, like the beautiful-yet-deadly Aurora Somnacanth and *shudder* the Furious Rajang. And, just for good measure, Sunbreak sees the return of some older monsters, too—including Daimyo Hermitaur and Seregios. All-in-all, it’s a really great selection of monsters, and they’ve been a lot of fun to hunt.

Of course, you aren’t just hunting the monsters that Sunbreak added. The fact that the second half of your journey (finally) bumps you up to Master Rank means that you’ll be starting all the way from the bottom. And that means you’ll need to hunt every single monster, again. Multiple times. And there is a ton of content here. The base Rise had seven ranks that comprised Low and High. Master alone has a whopping ten. And, sure, there might not be any more Rampages (which I’m personally sad about, but I don’t think it was a particularly popular mode with most people), but what Sunbreak lacks in tower defense mini-games, it more than makes up for in pure, hunting action. 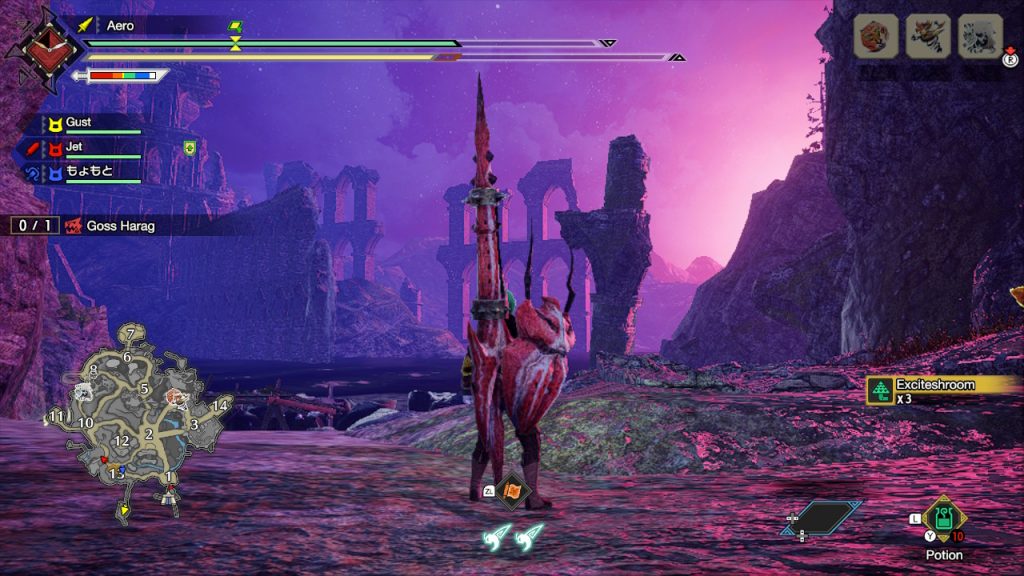 If new monsters aren’t enough to get you excited, Sunbreak also comes with two snazzy new hunting locales—”Jungle” and “Citadel.” Not only do these two new areas differ quite a bit from anything else that Rise has offered players so far, but they also serve as stark contrasts from one another. Jungle, the first area you gain access to, is Rise‘s most compact map by far, but makes up for its smaller size by offering three different layers that players can fight on (except for the beach areas… there’s no “upper” and “lower” beach). While I personally think that running around the map is half of the fun, it’s nice that Sunbreak‘s Jungle map offers players a chance to start hunting right away with each new hunt.

Then, there’s Citadel. Citadel is one of the most wildly diverse maps that I’ve ever hunted on in a Monster Hunter game, and I love it. Consisting of one part swampy forest, one part gravely, decrepit castle, and one part snow-covered mountain, this world-within a world is some of the most fun that I’ve ever had with a locale. I’ve always had a bit of a tendency to wander around while I hunt—a habit I try to curb when playing with other people (and am kinda-sorta successful with)—but boy, is that ever hard to do when I’m on this map. I know that this isn’t an adventure game, per se, but this area certainly makes me feel like I’m on one—and I wouldn’t mind if more maps in the future did the same. 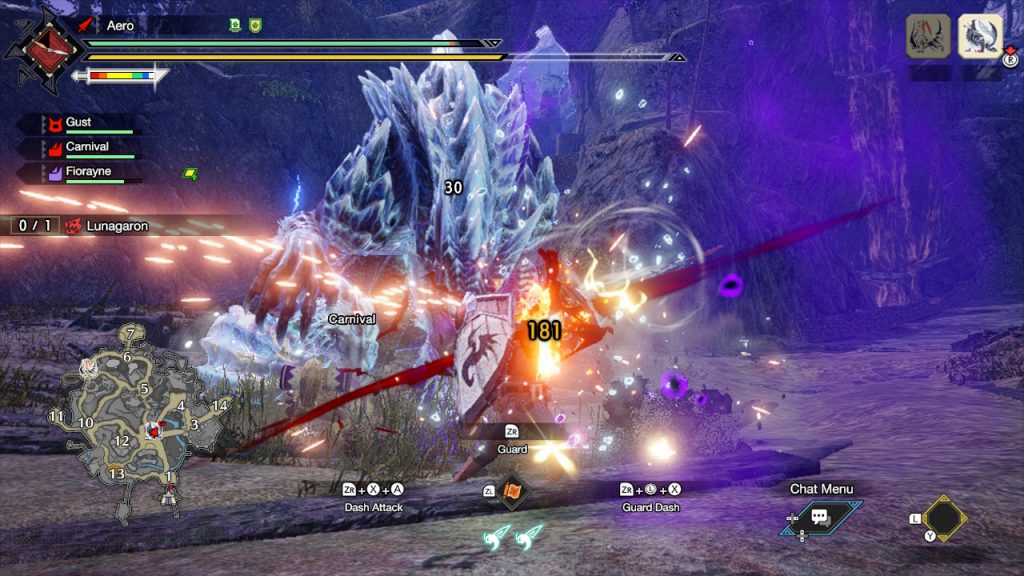 New monsters to hunt and new places to hunt them down is, undoubtedly, the bread and butter of Sunbreak, but that’s not everything that the expansion has for players. Another notable addition is the fact that players can, in certain circumstances, now hunt with AI-controlled partners. And, no, I’m not talking about Buddies—I mean full-fledged hunters in this case. Most of the time, these AI co-op hunts take place in the form of special single-player quests known as ” collab quests,” but there are a few occasions where you can bring a CPU partner along in a Hub Quest, too. I’ll admit that I was on the fence (and still somewhat am) about a Monster Hunter game allowing you to buddy up with AI hunters—especially hunters of this caliber (they’re very smart, very strong, and can die an infinite number of times)—but, if I’m being honest… they’re also a lot of fun. And, hey, it’s not like I can’t just solo Hub Quests whenever I’m up for a real challenge!

Additionally, an abundance of smaller tweaks, additions, and QoL enhancements have been made as well. Buddies are more customizable than ever, there’s a new way to enjoy bunny dango by using “hopping skewers,” new kinds of endemic life pops up around each map—and the list just goes on from there. Really, I’d love to sit and go over every single addition and tweak that Sunbreak has made, but that would probably be boring, so I’ll just sum it up by saying that Capcom did plenty of little things that ultimately added up to a lot in the end.

Monster Hunter Rise: Sunbreak is, quite honestly, everything that I could have asked for. Between the new and returning monsters, wonderful new hunting locales, and a delightful bevy of tweaks and additions, you really can’t consider Rise to be a complete game anymore without Sunbreak. It truly is an already great game’s even better half.