Green Hell VR Review: Scorpions and Jaguars and Frogs (and like 1,000 more things), oh my! 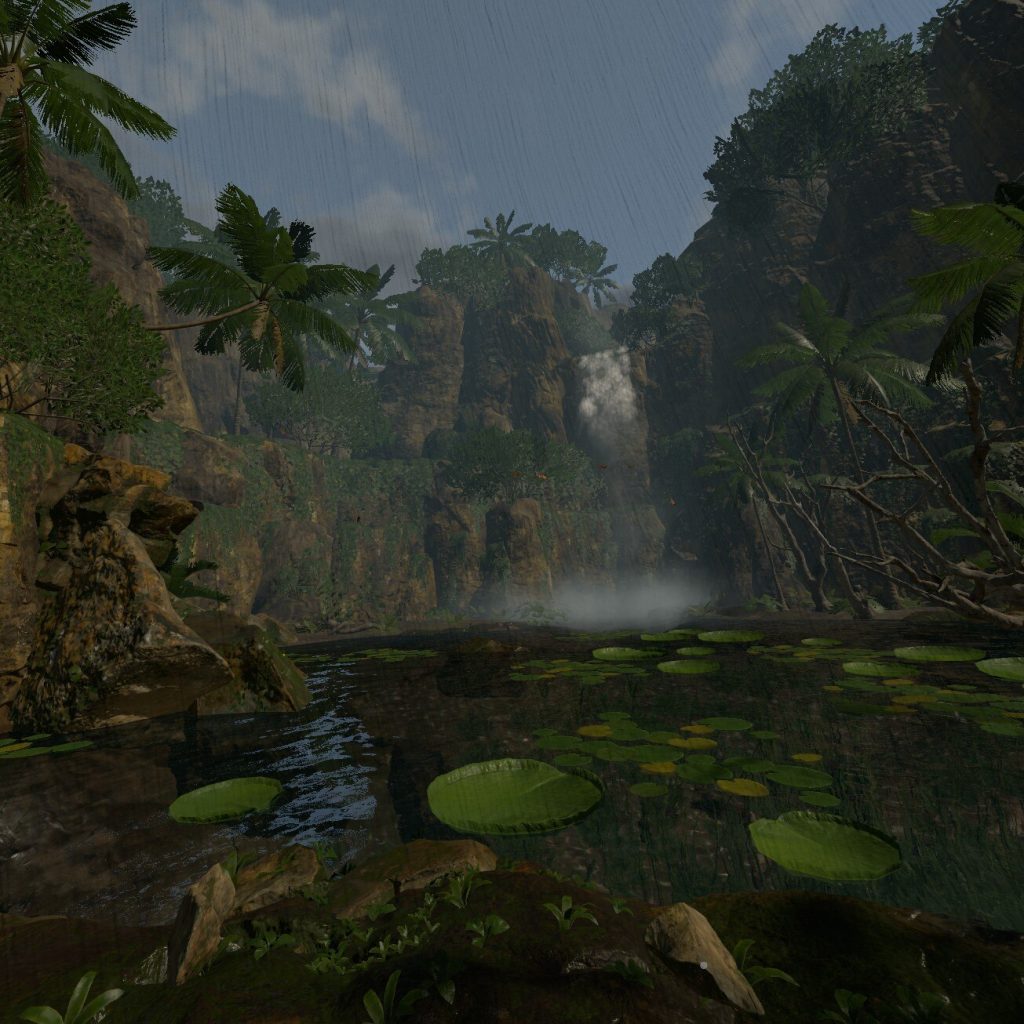 Making — and subsequently purchasing — any VR game feels like such a necessary risk. On the one hand, those of us who have plunked down the cash for a VR headset want to actually play it, so keeping a careful (and maybe even less critical) eye on the far fewer games made for the medium becomes a way to make that initial hardware investment a worthy one. On the other hand, VR games somehow still feel like they’re finding their footing, so even when we do find an interesting one, there’s always the chance it will make us nauseous or have some bizarre bugs that its flat counterparts would never experience.

Then there’s the VR versions of the flat releases (on, uhh… flatforms?) — I mean, yeah, I expected Skyrim VR to happen, but that’s because I expected Skyrim Blackberry, Skyrim Alexa, Skyrim Pregnancy Test… you get the idea. But others like Alien Isolation, Serious Sam, Resident Evil, and especially Surgeon Simulator were games that maybe I should have seen coming but for whatever reason just didn’t. And for the most part, they work really well, but if you’re not 1000% sold on VR (or if you’re like me and just bought a VR headset specifically for the Beat Saber mod of Bass Hunter’s DotA on expert mode), you kind of have to be double sold on the VR version of any flat game. Like, yeah, a game could be fantastic on PC, but do I really want to pay for the game again for a platform that I have to pull out of its special case, wait an hour for the three dots to disappear, then fight with any audio issues while convincing the headset that I do indeed possess solid ground? Is there a game that really justifies this monumental headache that makes me want to do this dance while I wait for Beat Saber mods to be fixed between updates?

To be honest, I may have found my answer in Green Hell VR. 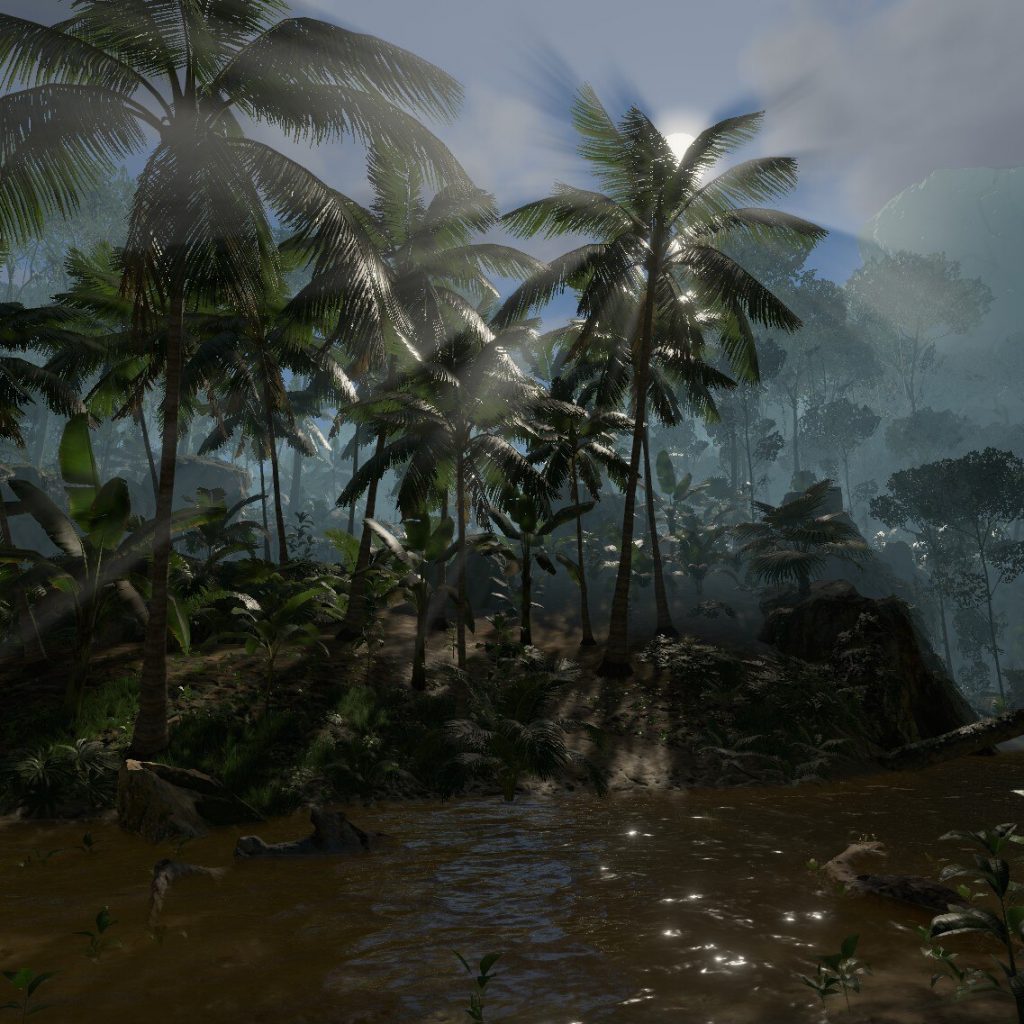 Originally developed and self-published by Creepy Jar for non-VR platforms, Incuvo took the lead for the VR ports (yes, there are multiple), keeping up the tradition of developing and self-publishing the title. Originally inviting players to “plunge into the open world survival simulation set in the extreme conditions of the uncharted Amazon jungle” in the lessthan3D already sounds stressful enough, so upping the immersion factor tenfold is not only one of those must-see-for-yourself things but, if done correctly, follows the surefire win strategy for VR games, which is “make people so immersed in this virtual world that even arguably quasi-scary things are insanely terrifying.” Green Hell VR embodies that formula so well in such a uniquely memorable way that I now have an entirely new genre of bad dreams to look forward to each night.

To quickly sum, Green Hell (both flat and VR) is a 5% story game, 95% survival game set in the Amazonian rain forest — a land simultaneously swarming with an incredible amount of biodiversity yet completely inhospitable to people who venture in completely unprepared. People like you, by the way, as, despite all your careful planning, you’ve somehow found yourself in this rich jungle teeming with all kinds of life while struggling to cling to your own. You have no food, no supplies, no shelter, and no foreseeable way out — just a walkie-talkie with a familiar voice on the other end acting as your guide. Maybe you’ll figure it out? Or maybe the real victory is through all the deaths we experienced along the way. As a wise man once said, “you never truly win this game, you just do a little better each time.” 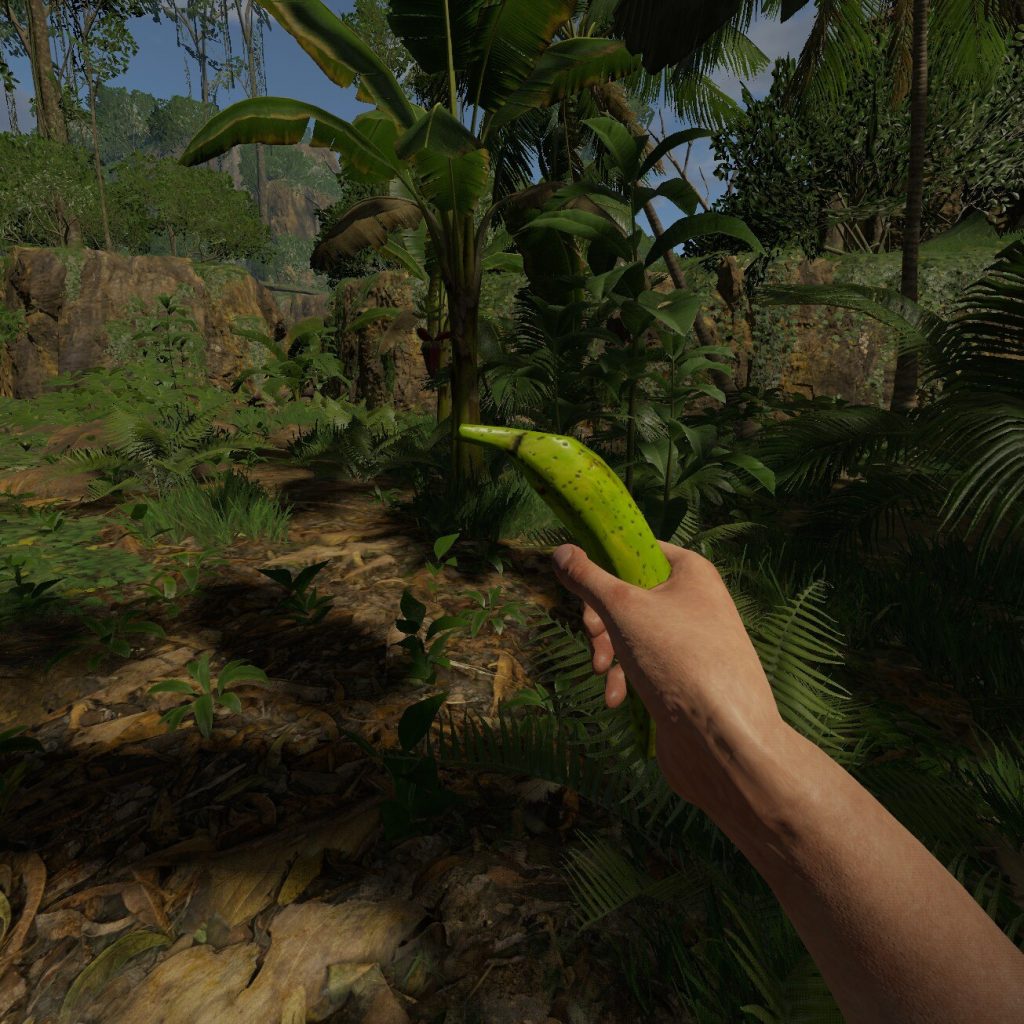 Yeah no actually that’s how you end up playing (and beating) Green Hell (VR or otherwise) — by dying all the time. You’ll be tempted to pick up all the pretty frogs because oooooh colors! But wouldn’t you know it, those colors mean poison, and last I checked, poison is bad. And while I figured that would be the case, I could not stop myself from picking up any frog I found and putting them in my backpack because that was absolutely hilarious to me for some reason (immersive frog poison making me high? IDK).

But wouldn’t you know it, I learned something when that happened. I learned that you don’t have to lick the frog to die from it, you just have to touch it, which will cause your vision to slowly blur and fade into nothingness before you eventually pass out and die from it. So the next time I loaded back in, I decided I was… going to do that again (listen they are really cute frogs). But by the third time I started over, I did not do that, because even though the frogs were still same pretty this time around, I knew that I would just die again. Learning!

And that’s kind of the general way to go about Green Hell VR, only the unsettling feeling of danger lurking around every corner or being watched from afar that was experienced in the OG version is like, cranked up to an 11. Even if nothing is actually there, you are far less alone in this world than in other VR games because you’re in a forest. You’re in THE forest. So you’ll be running around looking for resources like sticks and leaves to make a camp when you run into another thing that you didn’t realize existed before, like ants biting your exposed legs or a rattlesnake coiled and ready to pounce. And it’s terrifying, because, as you’ll learn, any number of the things that make noise or crawl unseen are likely to kill you, like scorpions, wild boars, stingrays, or even natives. If you’re lucky, you’ll be able to avoid them; if not… well, hope you’ve saved recently. You’ll die often, and that death will feel very real to a primitive part of your brain. 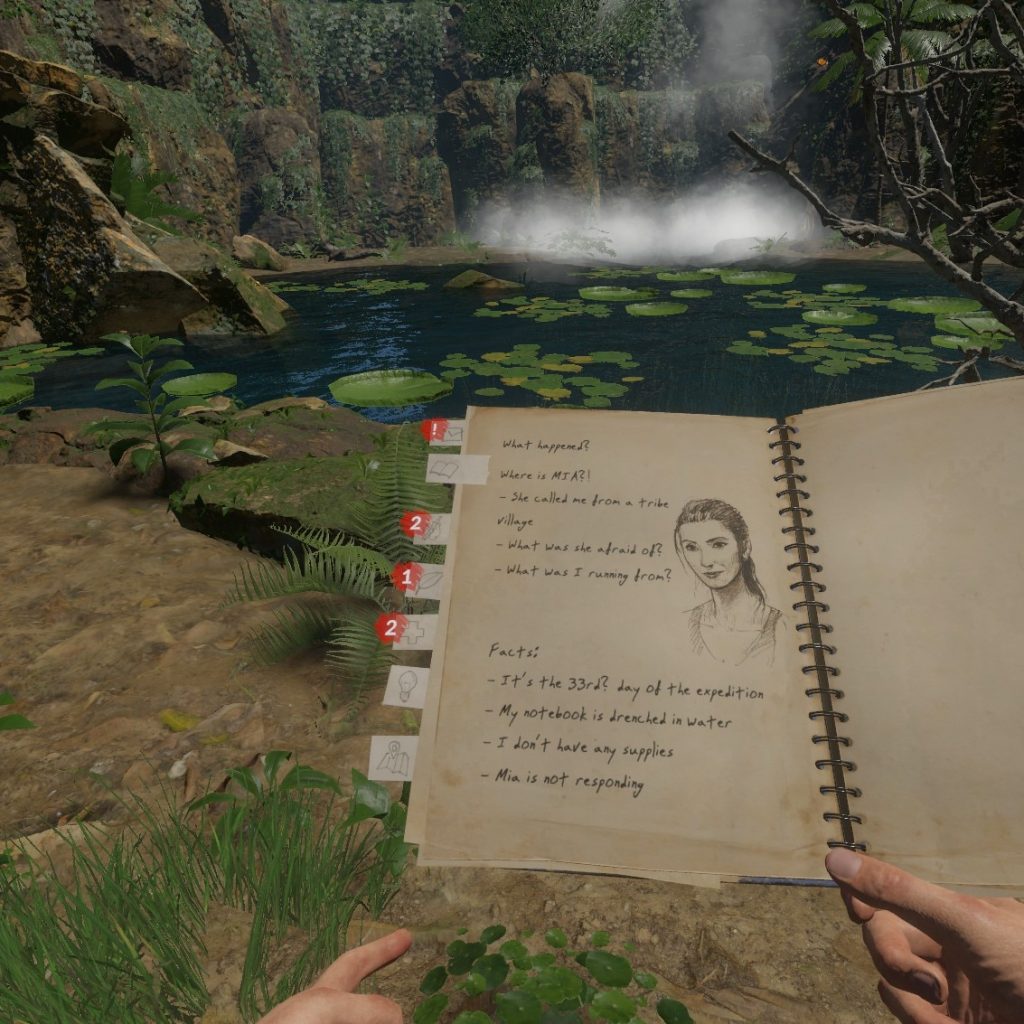 For example, as you may know from being alive, you need to eat and drink on occasion to stay that way. In the flat version of Green Hell, there’s the potential to feel apathy when trying things out — if you die then enh, whatever, you’ll just reload and do better next time. But VR is able to remove that barrier between player and character, so watching your thirst and hunger drop to zero because you’ve been too scared to try drinking from a nearby water source is stressful. The fish swimming gracefully under the lily pads sure do look delicious, but the leeches lurking in the water find you delicious, which both virtual you and real you will find extremely distressing. The stakes always feel a little bit higher in VR games regardless of the genre, but I daresay a survival game like Green Hell VR reminds me of why VR was even made in the first place.

So there are multiple ways to play Green Hell, including 2 ways to play Green Hell VR — PCVR and Quest 2 (PSVR slated for 2023). Here’s where the differences between ports gets interesting: Quest 2 provides a pared down version of the game, while PCVR stays pretty true to the flat experience. This is felt in three major ways: the story, the map, and the crafting. Quest 2 players report more streamlined story, a smaller map, and simpler crafting, while PCVR players can expect something closer to the Creepy Jar original. Which is better? That’s honestly a personal preference, and a polarizing one at that if the Steam reviews are any indication. To each their own.

What I can say is that, if your graphics settings will allow, you can expect a gorgeously immersive experience perfectly suited for the platform. I can’t tell you how many times I just wanted to stop and watch the sun glisten through the palm leaves as birds took flight and capybaras meandered through the undergrowth. And I spent an embarrassing amount of time just picking up an item in each hand and just clacking them together because I loved the sounds they made. Sure, there’s quite a bit of jank here and there (backpaaaaaack), but I feel like that’s just part of the VR package (coding in 360° invites all sorts of strange bugs, it’s fine). The fantastic survival mechanics drive the uniquely fascinating story further, as the less time spent between storybeats means fewer opportunities for death to strike in the form of spiders, jaguars, fall damage, starvation, or adorable frogs. The anxiety and fear is palpable, brewed in a setting that’s human enough to make sense of the world but foreign enough to to feel lost, confused, and vulnerable. And that Ayahuasca scene? in VR? Hell. Fucking. Yeah.

Green Hell VR is the kind of game that will remind you why you bought a VR headset in the first place. It has so much to offer players who enjoy survival games, and the PCVR version is the closer of the existing two VR ports to the PC original for those who care about that sort of thing. If you’re looking to delve into an Amazonian rain forest and see if you can come out of it alive — or just want to stand in awe of the beauty virtual nature has to offer, transfixed by the gentle lighting and distinctive atmosphere — Green Hell VR will put your survival skills to the ultimate test.

Editor’s note: This review is based on a digital copy of Green Hell VR provided by the publisher. 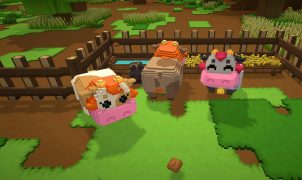 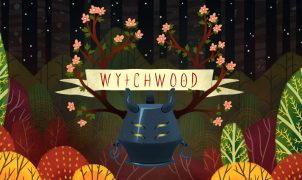 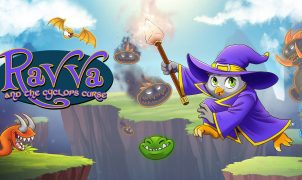