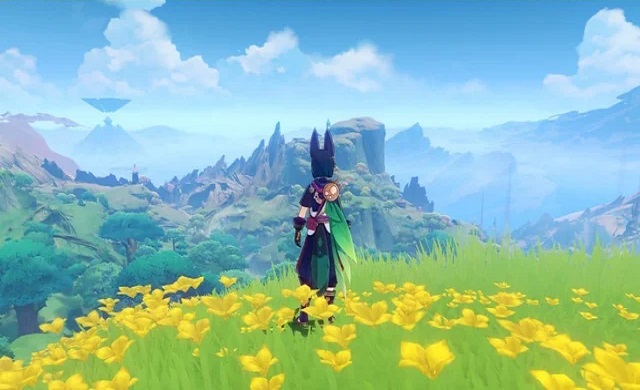 Greetings Travelers! It’s time for some Genshin Impact leaks, and boy, do we have some good ones today. From three new Sumeru characters having their abilities and character visuals leaked, we also have rumors on the size of Sumeru, and leaks on the Dendro Archon herself! As always, though, please keep in mind that these are all subject to change. And while I’ve gone through to check the reliability of these leaks, I by no means assure any certainty over these leaks. I’m just going off the information I could gather on my own through the subreddit and Twitter feeds.

First and foremost, due to the absolutely spoilerific-ness (dunno if that’s a word, but it is now) of posting the Dendro Archon, I’m planning on putting that at the bottom of this leak post after the leaks on the map size so people that don’t want to see it aren’t accidentally spoiled. Scroll cautiously, folks!

Let’s take a look at the three new characters from Sumeru planned for the beginning of 3.0. All the kits were leaked by @genshinBLANK, while the portraits for Collei and Dori were posted by a user named @Tighnariloverr. While I’ve not heard of this user before in the leaks, the tweet containing these portraits was linked to by BLANK on the BLANK Discord Server, leading me to believe they’re legit. The portrait for Tighnari was spotted on the Genshin Impact Leaks Subreddit, but it was marked as Reliable and lined up with the in-game screenshots of Tighnari further below.

The first of the three is Tighnari, a 5-Star Dendro Bow user, posted up on the Genshin Impact Leaks Subreddit here. 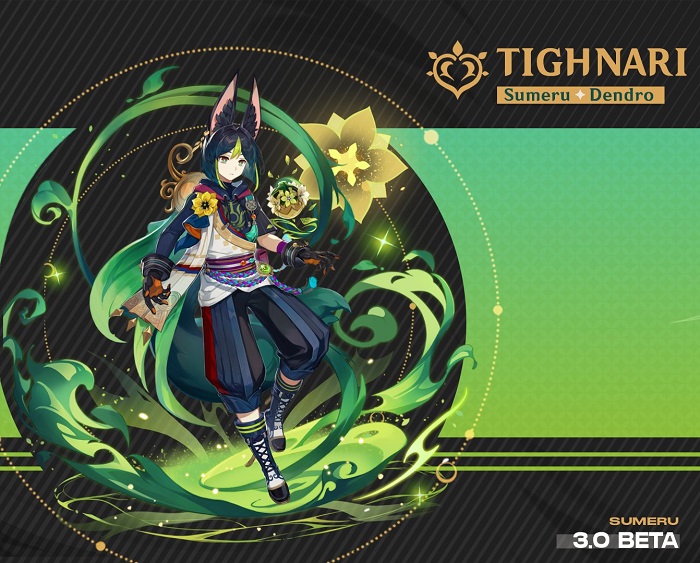 We can also take a look at the kit that @BLANK has posted on Twitter. 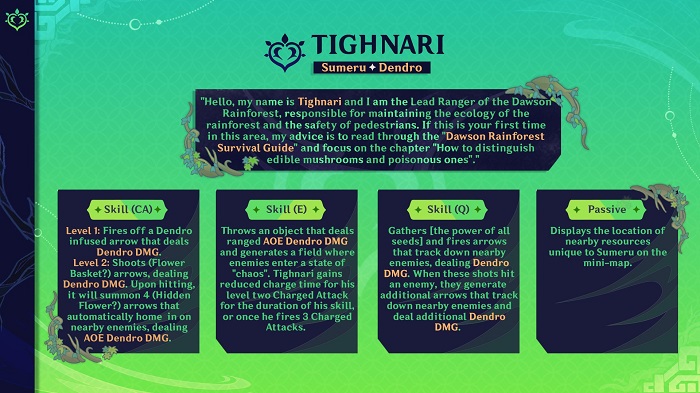 He’s shaping up to be almost like a Dendro version of Ganyu. While stats are still an unknown variable right now, assuming his DPS keeps up like Ganyu’s, he’ll definitely be a keeper. Best of all here, we even have a little in-game shot of Tighnari in Sumeru found here in the Genshin Leaks Subreddit. It was marked as Reliable, so here’s hoping that tag rings true because that is some gorgeous landscaping. 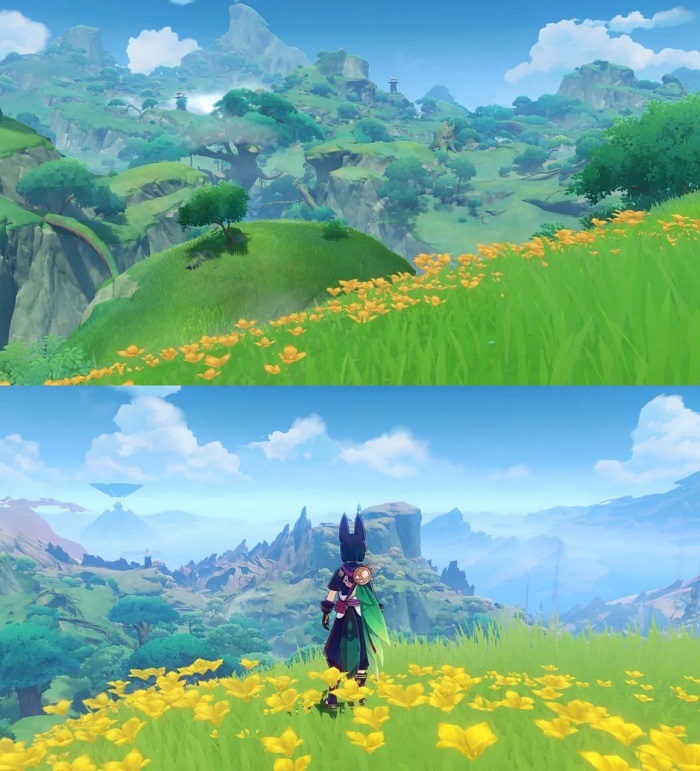 Next up is Collei, a 4-Star Dendro Bow user, her portrait coming from the Tweet @Tighnariloverr made for her and Dori. 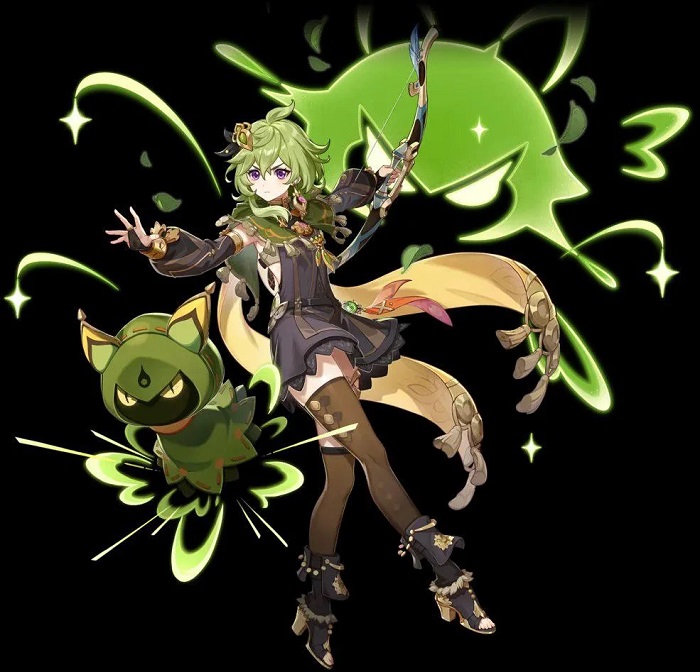 You can see her kit as well below, also posted to Twitter by @BLANK. 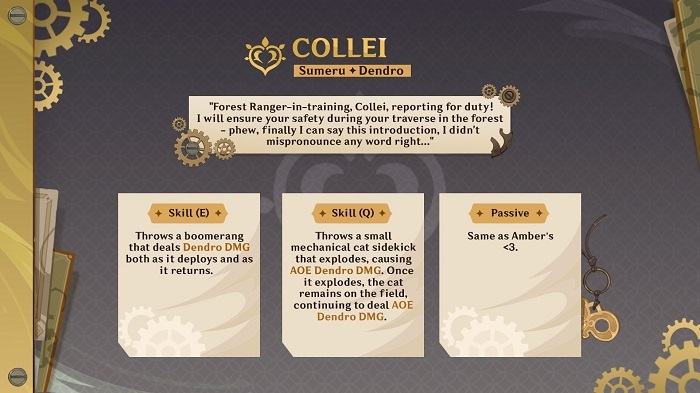 Little Collei has come a long way from the webcomics! Looking much more energetic and rearing to go, her kit acts very similar to Amber’s (and for good reason if you’ve read the comics). I wouldn’t be surprised if she’s given as a freebie to get people some more Dendro action, kinda like how Amber was given early in the game for free to provide some Elemental diversity early on. Time will tell, but it’s definitely heartwarming to see her recovery’s gone well.

Lastly, we have Dori, a 4-Star Electro Claymore user. 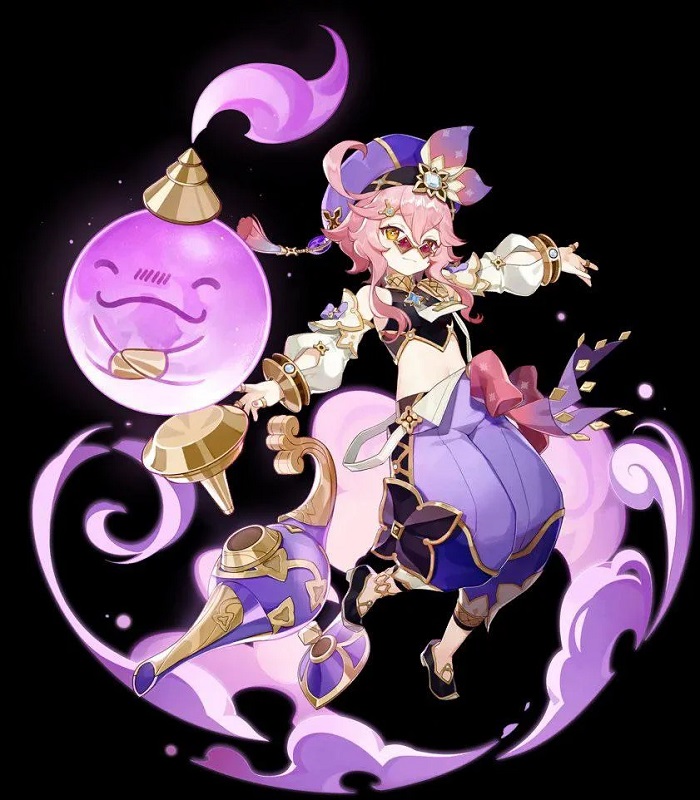 And, as with the others, here’s the kit supplied by @BLANK on Twitter. 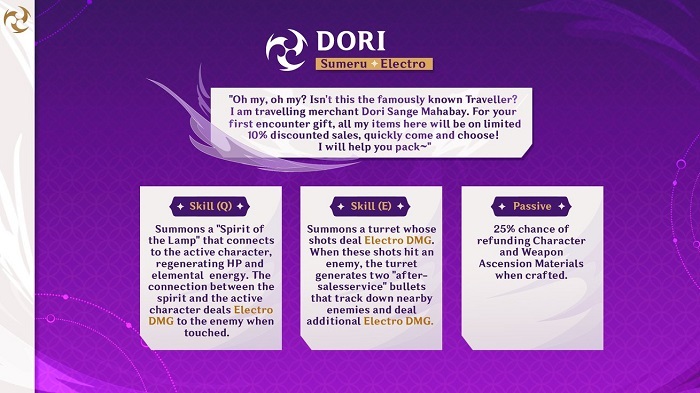 So we have a genie-themed character already, and not only that, but she looks eerily similar to Diona. I can’t be the only one seeing the resemblance here. Anyways, as for her kit, she definitely fits the role of Support character to perfection. Her Elemental Skill along gives HP regen, elemental recharge, and makes an electrified tripwire is pretty damn good right off the bat. Adding a turret as her Elemental Burst just makes her absolutely worth a few wishes.

That’s all for the characters, but we aren’t done yet. @BLANK also has some approximations about the size of Sumeru and what to expect on the map, posted on Twitter here. The green in the picture below shows where the new content is going to be showing up at. 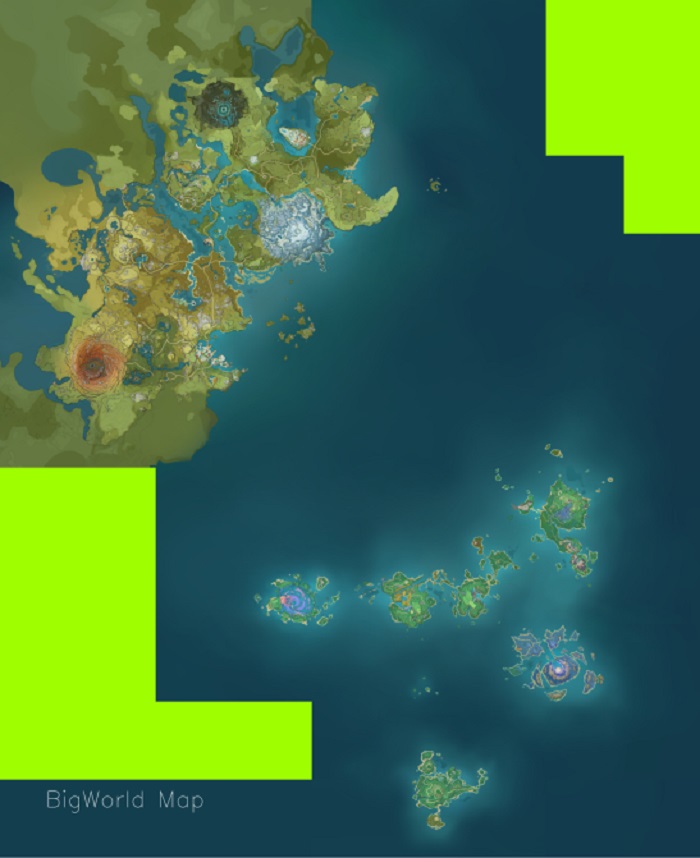 Admittedly, there’s no confirmation all of this will be land. It could be mostly ocean, but with the majority of the characters focused on Dendro and forestry-based themes, I’d say it’d be safe to say we’re going to the forest part of Sumeru first, then hitting the desert later.

Now for the moment, we’ve all been waiting for: the Dendro Archon, Kusanali.

Spoilers ahead, you have been warned!! 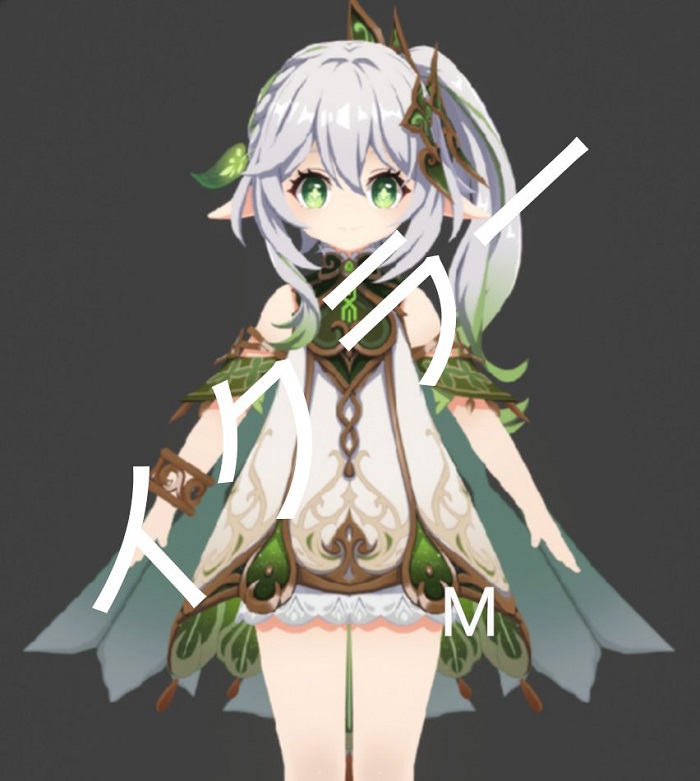 Behold, the goddess of spinach! Seriously, that dark green makes me think of a spinach or even a brussel sprout. I may be in a minority here, but I think she’s adorable. I can already see some fun commentary for this one from Paimon and the Traveler about a sassy lost child. We’ve still got a ways before 3.0 drops, but you best believe the leaks are gonna be going strong after what’s been one of the rather long draughts of leak material.

Excited for Sumeru? Sound off in the comments below! And stay tuned for more of the latest Genshin Impact news and guides! 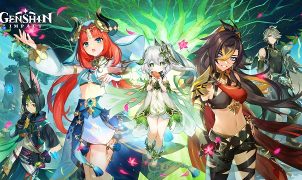 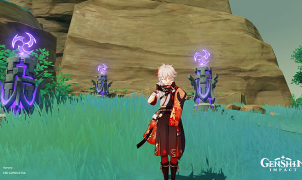 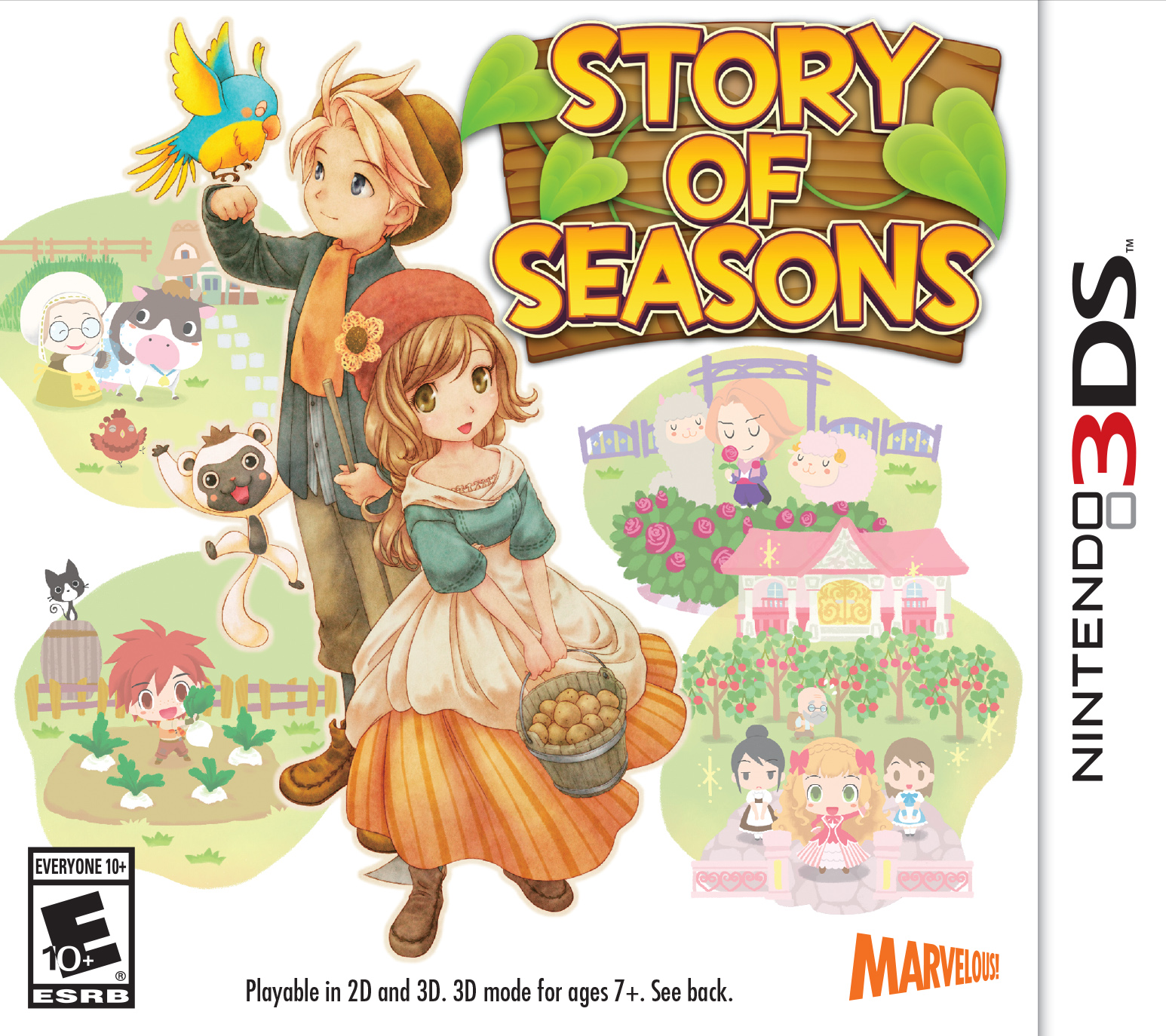