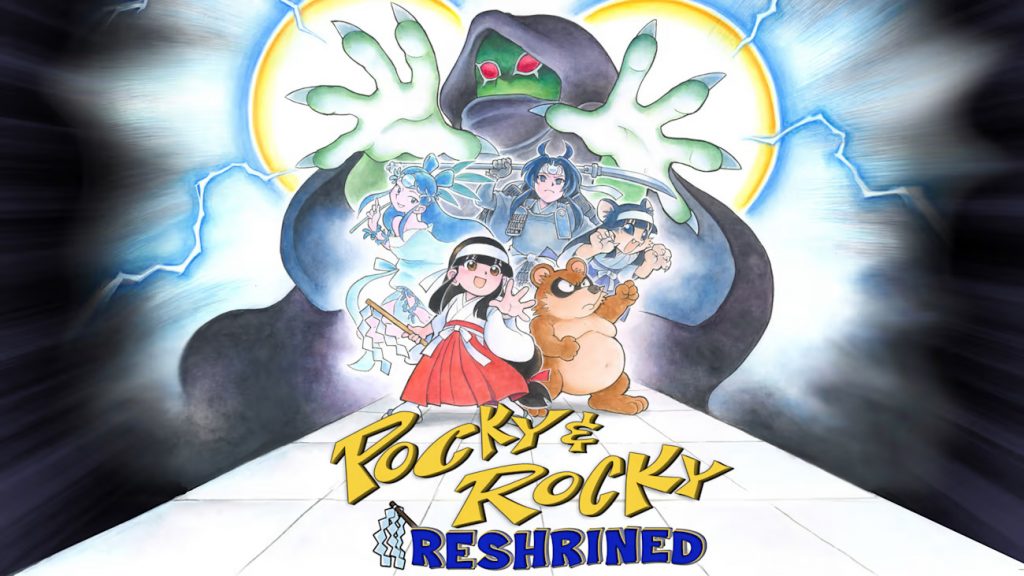 In the latest exhibit in my argument that everything will eventually come back, Pocky & Rocky Reshrined has brought back a pair of characters that almost nobody remembers in a remake of their original adventure. That’s a good thing, because despite the series never really gaining a significant following in the United States, I’ve loved this shrine maiden and raccoon pair since the SNES days, and I couldn’t wait to dive back into another adventure with them. Even better, Pocky & Rocky Reshrined mostly captures what the few of us who do remember this series loved about it, though some strange design choices hold it back from being all it could have been.

Everything starts when Rocky shows up on Pocky’s doorstep with the creatures of the forest hot on his heels. They’ve all lost their mind and turned to violence, despite previously having promised to be good. It turns out this is the work of an evil man known only as Black Mantle, who wants to control the forest. Only our pair of heroes and a few new friends can stand in his way. 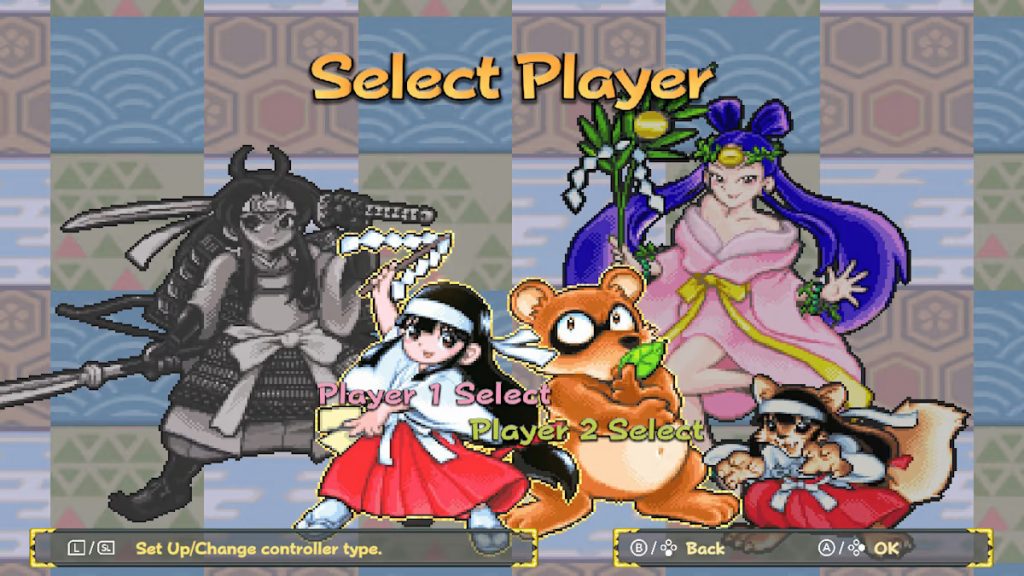 In practice, Pocky & Rocky is still the same game it always was, a shoot ‘em up that doesn’t play quite like most games in the genre. You could compare it on a surface level to the overhead levels in a game like Contra, though the feel is quite different and feels more in line with ship-based shooters like Gradius. You control one of the playable characters and move through nine levels.  Most characters have a projectile attack, a melee attack that can also deflect attacks back at foes, a powerful screen-clearing ability that you can only use a set number of times, and a dash that can quickly get you out of the way.

Enemies come at you in waves and quickly. You’ll need to learn their attack patterns and pace or get blown away. Everything feels a little slower than the original version of the game, but not so much that things feel bad; it’s still an action-packed title. You’ll gain more life as you defeat the game’s levels, but enemies often fill the screen, and the amount of attacks coming at you gets relentless even by the second level. Gathering different attacks and being able to power them up, however, can turn you into a relentless killing machine. That makes death even more frustrating, though, as you’ll be significantly powered down. You can also lose your power-ups by taking hits, though I like how they pop out onto the screen and give you a chance to potentially reclaim them. At the end of each stage, you face a boss, most of which fill the screen with a wide variety of attacks that can be quite challenging. 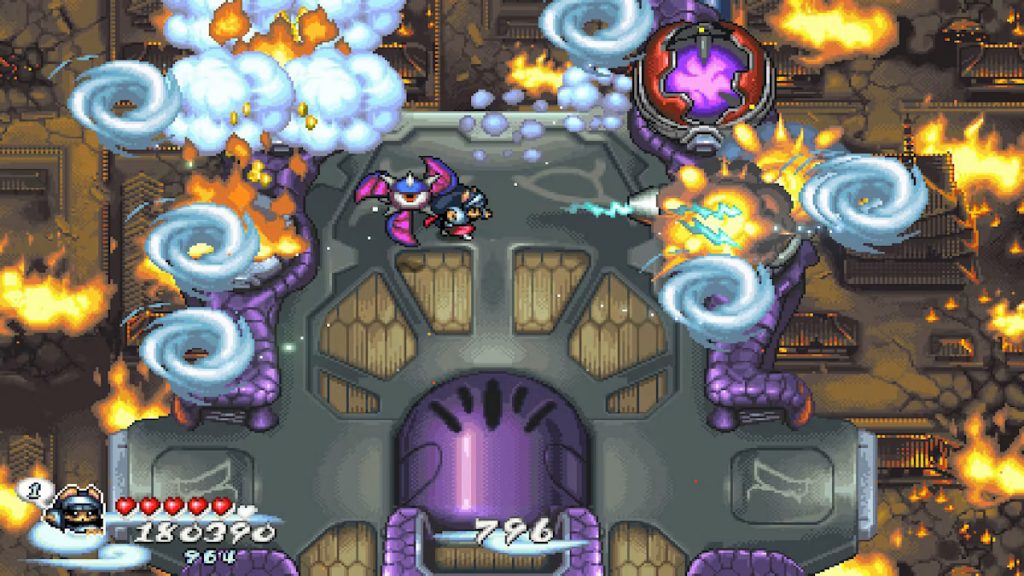 You’ll die a lot more than you’d expect from a game this cute, but the difficulty never feels overwhelming. If anything, the earlier bosses tend to be harder than some of the later ones, so if you push past them, you should be able to keep making progress. Reasonable checkpoints and unlimited continues help as well. Several times I reached a boss nearly dead, only to continue right before them with full health and all my lives.

As the game goes on, you’ll find that in the Reshrined version of this game, there are three new characters, all of whom join Pocky & Rocky in each having their own feel. Hotaru Gozen, in particular, feels unique with a lack of projectile attacks, only using her sword. This gives the game a lot of variety. I especially like that the developers added new stages and significantly redesigned others, making Pocky & Rocky Reshined feel like a far more modern game while still holding onto what was great about the series in the first place. 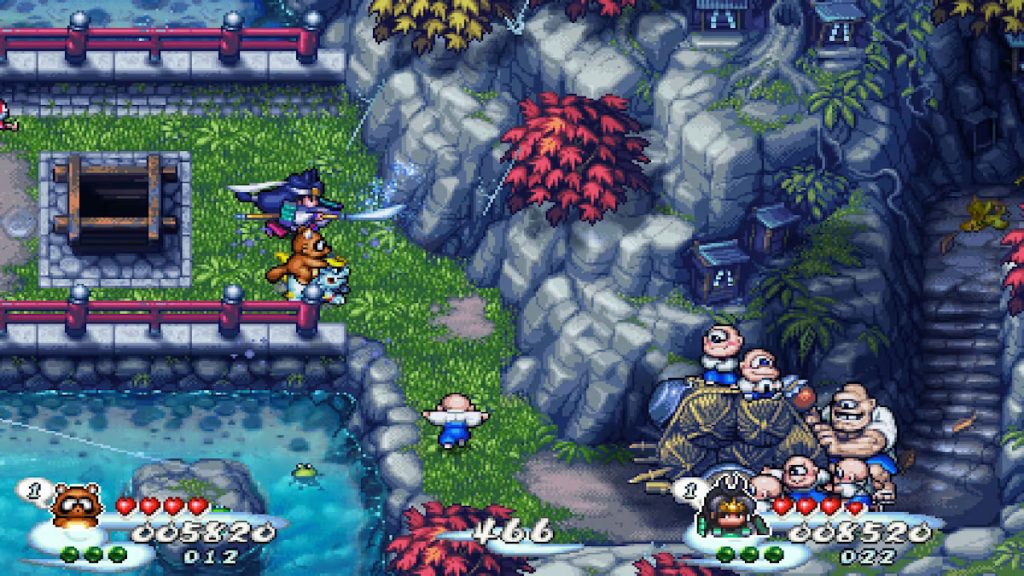 My only major complaints come due to some bizarre design choices by the development team. Important features, including multiplayer and easy mode, are locked behind expensive coin unlocks. Multiplayer requires 10,000 coins, or that you beat the game. The pace of gaining coins in Pocky & Rocky Reshrined makes the coin option almost pointless. I can’t imagine anyone not being able to beat the game but still having the tenacity to keep playing until they accrue that many. The 3,000 coin cost for easy mode is a little more reasonable, but even then, I wonder who this benefits. The number of times you’d have to replay levels to afford that will get most players through the game with ease. If you’re not good enough to handle the normal difficulty, are you really going to have the desire to play the early levels dozens of times over to gain that amount of coins? I doubt it. This is all the more strange considering the original game certainly didn’t lock its easy mode.

Despite some strange design choices, Pocky & Rocky Reshrined captures the charm of the original game and still feels great to play all these years later. Added variety makes this the best version of Pocky & Rocky and makes me long for this dynamic duo to be given a truly original title now that they’ve fought their way out of obscurity.

Full disclosure: This review is based on a copy of Pocky & Rocky Reshrined provided by the publisher. 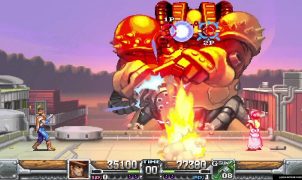 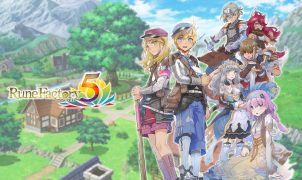 GetsuFumaDen: Undying Moon Review: a bloody battle 1,000 years in the making It was quite the surprise when Konami initially announced they were reviving an oft neglected franchise in…