Just In Time For Love And Thunder

Jane Foster’s Mighty Thor is officially joining the ranks of Marvel’s Avengers in a free update which is availble to download today.

The Mighty Thor joins the team after she’s torn from her timeline due to a rift in space and time caused by Tachyon Anomalies. Jane’s story is similar to her arc in Jason Aaron’s acclaimed Thor series in Marvel Comics where she was first introduced.

Jane takes up the mantle of the Goddess of Thunder after Thor gives up Mjolnir after A-Day. The full story can be viewed in The Mighty Thor: Out of Time animatic below which offers a first look at a beloved Marvel villain.

Unfortunately there’s no new story missions for the game, the update is simply the new addition to the roster which takes the total number of heroes to 11 which includes Spider-Man on PlayStation.

Jane plays similarly to Thor but will have her own unique abilities like the Quick Fire ranged attack combo and God Tempest which allows her to increase ranged hammer damage and emmit shockwaves with each attack.

A new ultimate heroic ability is also available. The All-Weapon allows Jane to destroy nearby enemies while significantly increasing her defense and has been ripped straight from the pages of Marvel comics. The All-Weapon can even be customised to make Jane’s hammer strikes faster and allow her to use Mjolnir as an orbital shield.

A set of alternative costumes, emotes and takedowns will be available to unlock for Jane along with her own free Battle Pass. Two new challenges will be coming soon to Marvel’s Avengers in Patch 2.5 as “part of an ambition to advance our narrative through hero and villain-centric content.”

PS Plus members can now unlock membership rewards which include Ms. Marvel’s Future Suit outfit and various other bonuses. 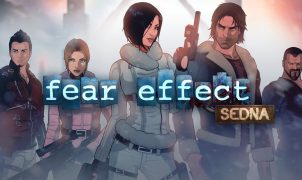 Fear Itself I went into this review not knowing much about the original Fear Effect game that was released on Sony’s PlayStation console back in 2000. That’s not to say…