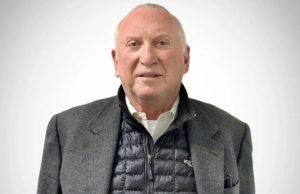 In the 90s Sega and Sony, along with Nintendo, pretty much defined the video game market. Those three companies were led by a lot of creatives and executives who helped to shape the gaming industry as we know it today. Even among the big names involved in building this industry though, few individuals were able to be a part of major moments in two separate companies. Bernie Stolar was an exception to that, as a major force behind launching both the Sony PlayStation and Sega Dreamcast in North America. Sadly, the team at VentureBeat report he has passed away at 75.

Those aren’t even the only legendary console makers Stolar spent time at. He also spent time at Atari in the early 90s, as one of the creative forces behind the Atari Lynx handheld, though I don’t think that one quite stands among his later successes. As the first Executive Vice President at Sony Computer Entertainment America, he had a pivotal role in the early success of the PlayStation. Naughty Dog co-founder Jason Rubin got on Twitter early today to remember how Stolar’s faith in them was a big part of Crash Bandicoot becoming synonymous with the system. Stolar also helped bring Spyro the Dragon, Oddworld, and Ridge Racer to the system.

I'm saddened by the loss of Bernie Stolar who played a large role in bringing Crash Bandicoot to #playstation in '95. His belief in @Naughty_Dog and #CrashBandicoot, despite SCEI (Sony Japan) hesitations, made the Crash Era possible. https://t.co/pIWrbpesNf

In 1998 Stolar left Sony and joined Sega of America, where he overhauled things and had a major role in launching the Sega Dreamcast, Sega’s last home console. He was involved in acquiring Visual Concepts and creating 2K Sports who continue to be a major player in sports video games to this day. Disagreements with Sega of Japan led to his being pushed out before the Dreamcast launched but he still played an important role in getting it off to a great start, even if it couldn’t maintain its early momentum.

Rest in peace Bernie, and thanks for the memories.