We Were Here Forever Review: Two Heads Are (Usually) Better Than One

So, before I start this review properly, I have an apology to make to my husband and father-in-law. I’ve been watching them play the co-op-only We Were Here series for a few weeks now (they’re making their way through the first three games and are currently on the third entry), and more than once, I found myself thinking, “How hard can this really be? Why are you guys struggling so much?” Then I played We Were Here Forever, the latest entry in the series from the talented minds from Total Mayhem Games. Within the first thirty minutes of the game, I felt unbelievably dumb – though in an oddly good way. So, after eating a massive serving of crow, how was my experience with this game?

Can You Escape Castle Rock? 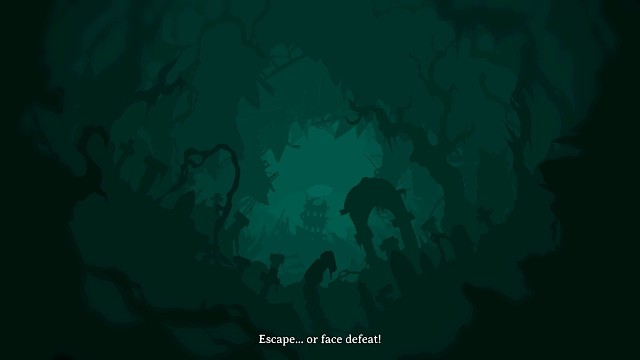 From some cursory reading I’ve done, it seems that the story of We Were Here Forever is connected to the previous games, but since I haven’t actually played them, I can’t speak to how good the connection is. However, I can say that the story is fine, though it’ll hardly be what drives you to keep playing. You and your co-player will wake up in the dreaded Castle Rock with no knowledge of how you came to be there. Together, you’ll need to solve the brain-melting puzzles that have been placed before you, slowly clawing your way towards freedom.

The story from We Were Here Forever is contained within its game well enough that I didn’t feel like I was missing out by not playing the previous entries. As an aside, I have to say the villains are delightfully designed. There’s a particular point in the game where you’re trapped in what appears to be a bunch of toys and games, and the big baddie that appears to taunt you is wonderfully creepy. 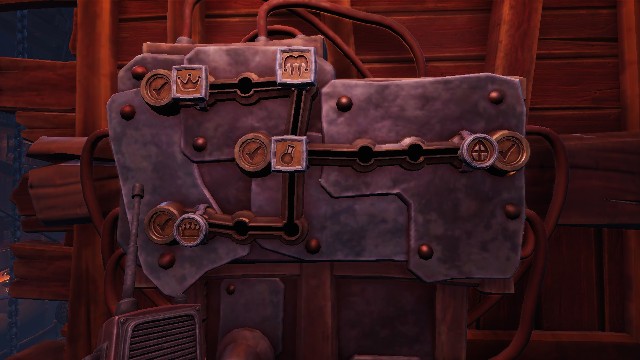 Gameplay is indisputably the star of We Were Here Forever. You absolutely must play with a teammate, as all the puzzles require two people working together to solve them. While many of the puzzles can be downright frustrating (in an enjoyable way, as inexplicable as that may seem), they’re really quite ingenious. For much of the game, you’ll be separated from your partner, but you’ll need to keep in constant communication to figure out what must be done. The only means you have of communicating with one another is through a walkie-talkie (which really took me back to my 90s-kid days, to my delight). They act just like walkie-talkies do as well, requiring you to press and hold a button to speak. A word of warning for younger games who might not have grown up playing with walkie-talkies – if you and your partner press the button simultaneously, neither of you will hear what the other says.

This method of communication is, in a word, brilliant. Not only does it make you work very closely with your partner, but it really pushes you to think outside of the box. For the vast majority of the game, you will be separated from your partner, and you’ll each see unique things. You’ll find clues scattered throughout your individual area, which you’ll have to communicate to your partner so that they can solve their half of the puzzle, and vice-versa. On its face, that sounds easy enough, right? It turns out that describing things can be incredibly challenging sometimes. I had the great pleasure of playing with fellow Hey Poor Player writer Kenny McKee and if only you could hear the way we were trying to describe things. Without giving too much away, there was one time in particular when I was trying to describe shapes to him, and the only thing I could think of was, “A shell shaped like a cartoon poo.”

Put Your Heads Together 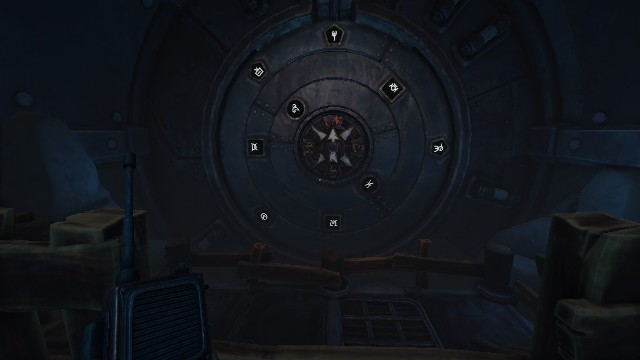 It’s hard to describe the puzzles in We Were Here Forever without giving too much away. Each area that you progress through essentially serves as an escape room puzzle, and they get progressively harder as you make your way through them. Puzzles are also frequently asymmetrical in that one person is frequently relegated to doing all the action, and the other person does all the communicating. A good example of this was when Kenny had to guide me across a series of suspended platforms where you could only step on each square once, and I had to step on a series of images in a particular order. Which then progressed to having to run across a platform littered with images within a set time limit, making sure not to step on particular images, all communicated to be my partner.

There’s certainly a level of frustration baked into the puzzles in the game. They feel designed to give you the occasional headache, to overwhelm you to some degree. Or maybe you’re a brilliant puzzleteer, and you’ll simply waltz through the game. If that’s the case, please reach out to me, because We Were Here Forever frequently made me feel very, very dumb. Still, as overworked as my brain often felt, there was never a time when we couldn’t figure out the puzzle, no matter how difficult it was. You are definitely given everything you need to solve each room, so the best advice I can give is to pay attention to everything. Leave no stone unturned.

Your Brain Will Only (Maybe) Melt a Little 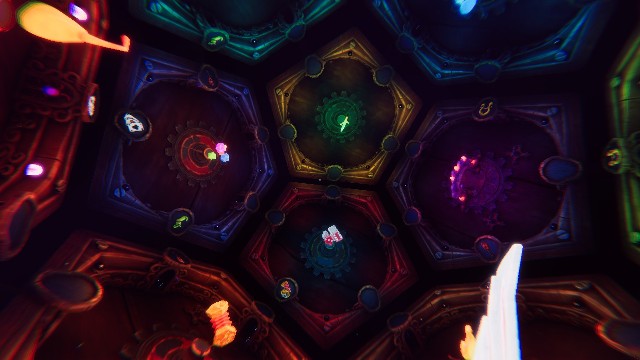 Aesthetically, I have exactly zero complaints about We Were Here Forever. Graphically, the game looks pretty good, with the environments rendered quite nicely. The aesthetic is also frequently gloomy, even when it should ostensibly be cheerful, such as when you’re trapped in a series of what feels like a series of children’s toys and games. And there’s something about the combination of creepy, gloomy, and dreary in a puzzle game that I adore. The soundtrack is perhaps nothing special, but it’s not really missed or noticed since the focus is so clearly on the puzzles and communication.

It’s also difficult to find anything really wrong with the game. I know I’ve said that it frequently made me feel dumb, but it’s weirdly enjoyable having your brain twisted into pretzels to figure everything out. And the communication aspect is honestly just as brilliant as the puzzles, even when it can feel next to impossible to describe what you’re seeing to your partner. If I really had to be picky, I suppose the escape room formula for each puzzle could feel repetitive to some, though none of the puzzles feel even remotely similar.

I really enjoyed my time with We Were Here Forever. Sure, I played it during finals at school and after long, long days at work, so my brain frequently was already overworked, and sure, I had to laugh at myself very, very frequently for overlooking obvious things and overthinking puzzles. But there’s something to be said for the sense of accomplishment for figuring out some genuinely wild puzzles. We Were Here Forever is one long, brilliantly designed escape room puzzle that requires constant communication between players, making for a truly unique experience that will be hard to replicate. I definitely recommend grabbing a good friend and diving in. You won’t regret it.