The Centennial Case: A Shijima Story Review: A Murder Mystery 100 Years in the Making 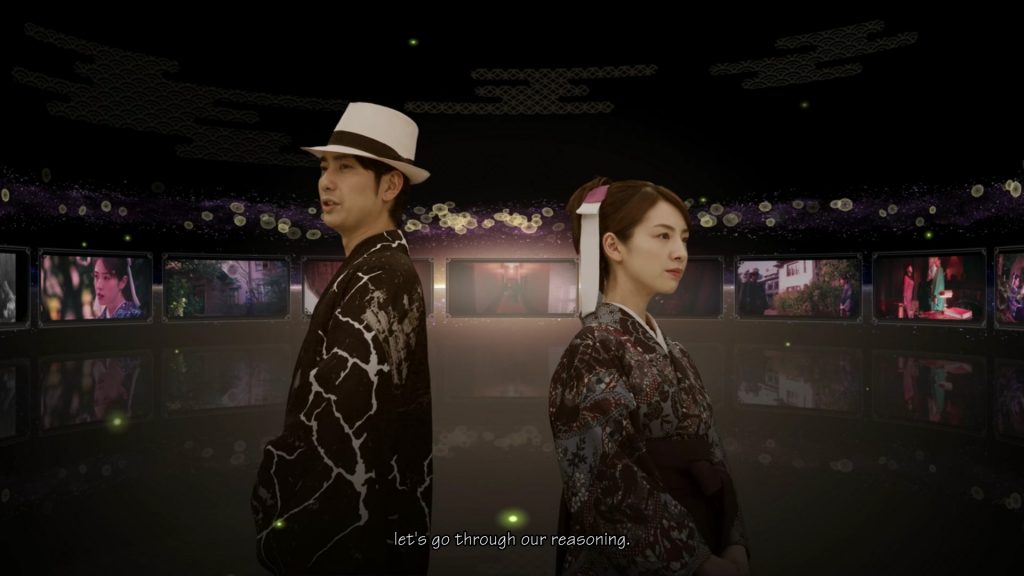 Things were going well for Haruka Kagami; a mystery novelist with a Hercule Poirot of her own, her latest book generated a plethora of signings with massive lines for a glimpse of the talented author (and a copy with her John Hancock, of course). After a long day of meeting fans and putting pen to paper, Haruka was surprised to see a familiar face — Eiji Shijima, an advisor of sorts who assisted her with realistic medical information in her stories. Of course, he wasn’t after her latest novel, nor did he need to wait in line for her autograph; instead, he was hoping to ask her for a more… interesting favor.

You see, he wasn’t on the best of terms with his family members, but he needed to attend a once-in-a-century ritual being held at the Shijima estate. Haruka’s presence would not only soften things up between family members, but give Eiji a chance to investigate a mysterious fruit that could possibly be the key to his research — a fruit that enables those who partake of it to stay young forever. Haruka agrees, not knowing what she had just gotten herself into… 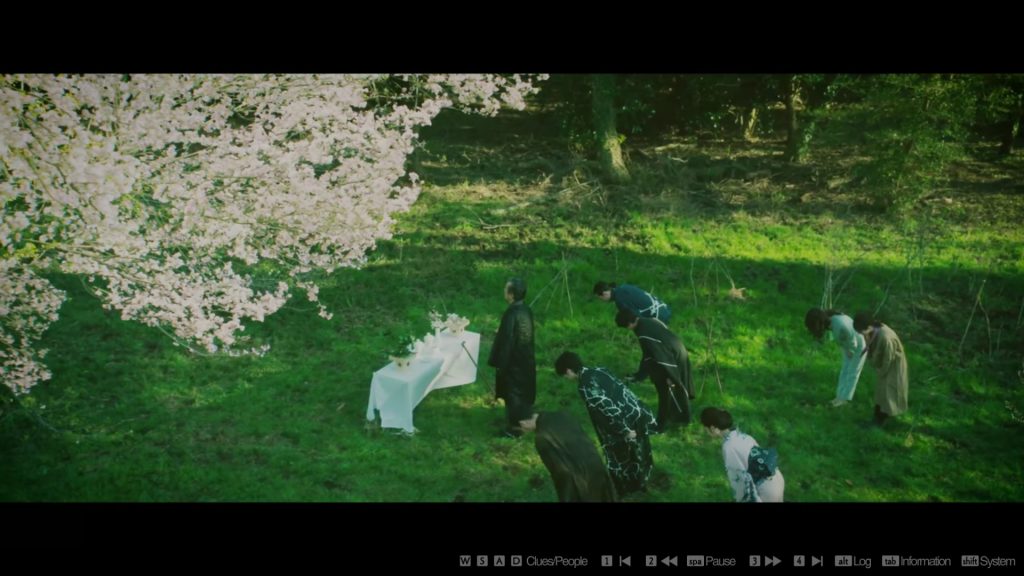 Upfront, I feel the need to get a few things out of the way: first, this is an FMV game. If you don’t like watching what is essentially an interactive movie, I can’t recommend The Centennial Case: A Shijima Story to you. Second, this is a Japanese FMV, so if you haven’t already dipped your toes into Japanese shows, you may find the acting styles to be… well, wooden. Personally, I found the acting to be perfectly suited for this type of game (some of the acting screams Ace Attorney), so if you’re already into this sort of thing take that disclaimer with a grain of salt — these statements are more to set expectations and less to deter. 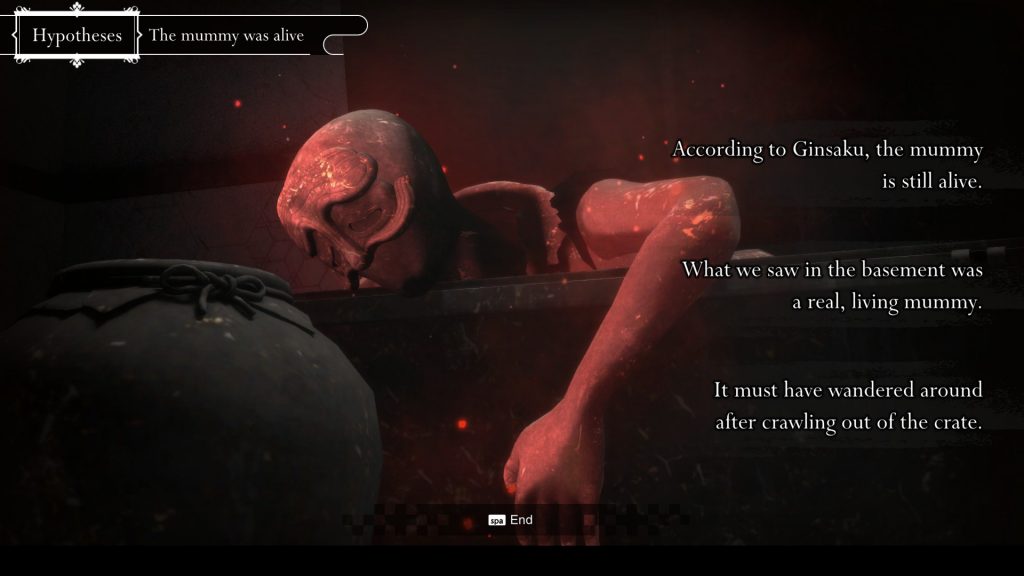 As previously stated, The Centennial Case: A Shijima Story takes place over the course of a century; this is because of the Shijima clan itself. Some strange things are happening during the present day, but current mysteries cannot be solved without first solving a series of other mysteries that have taken place these past 100 years. Haruka has her work cut out for her, but with her murder mystery novel smarts and a helping hand in Eiji by her side, she’ll be able to piece together exactly what happened — and when.

The Centennial Case: A Shijima Story’s gameplay can be broken up into three major segments: video, logic, and reasoning. The video portions act as the bookends of the cases, both setting the scene and providing closure upon completion of each case. Clues are gathered during the video portion, which will be used in the Path to Logic — a literal path that acts as Haruka’s mind palace. It’s here where Haruka will slot in the clues she finds into the questions that have arisen during the investigation — things like “what could be the murder weapon” and “what’s significant about the body” will be answered here. 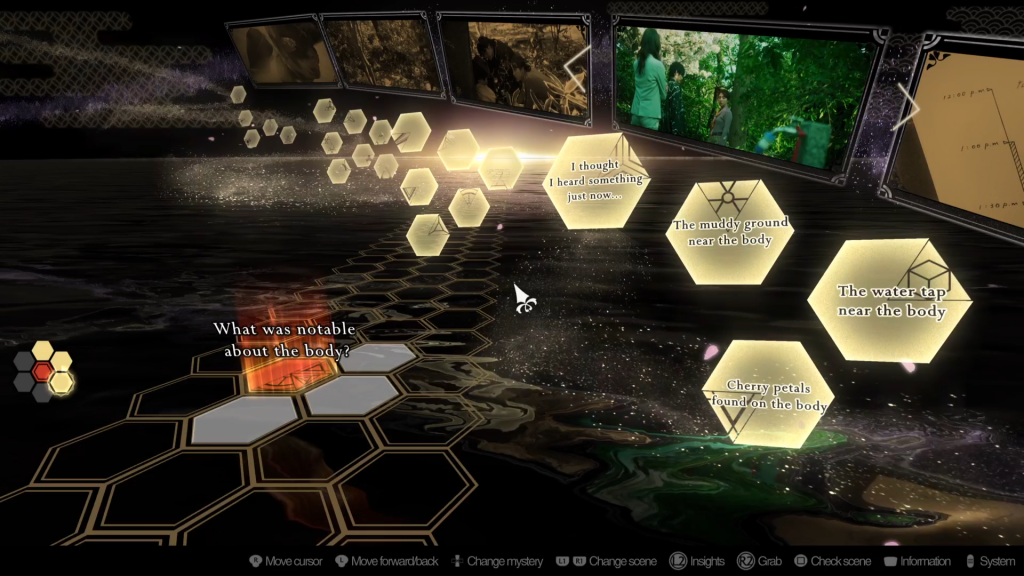 After enough clues have been slotted in, the Path to Logic will finally lead to reasoning, wherein Haruka and Eiji run through the scenarios and essentially replay some of the clues that were unlocked in the previous segment. This may feel a bit repetitive, but it’s more for the player’s benefit in the sense that there’s a LOT of information to parse through — especially if you’ve pieced together every last clue. Once players feel confident enough in their reasoning, it’s time for Haruka to present her findings back in FMV form — who did it, how it was done, and why it happened in the first place. If you’re a big fan of Ace Attorney games, you’re going to get a kick out of these segments, as it has a real life feel to those crazy courtroom sessions.

I’ve kept this review spoiler-free on purpose, so I can’t say much about the scintillating story (literally). What I will say is that I often gathered clues, then sat on it for a night to really let everything percolate. The game does a phenomenal job of writing in a way that gives people with even the most goldfish-like memory spans the ability to really mull over every last detail for as long as they’d like. I’d be doing the dishes, driving, running errands, etc. while replaying the clues in my head, only to have an “A-HA!” moment and come back to the game, ready to show everyone my perfect deductions. 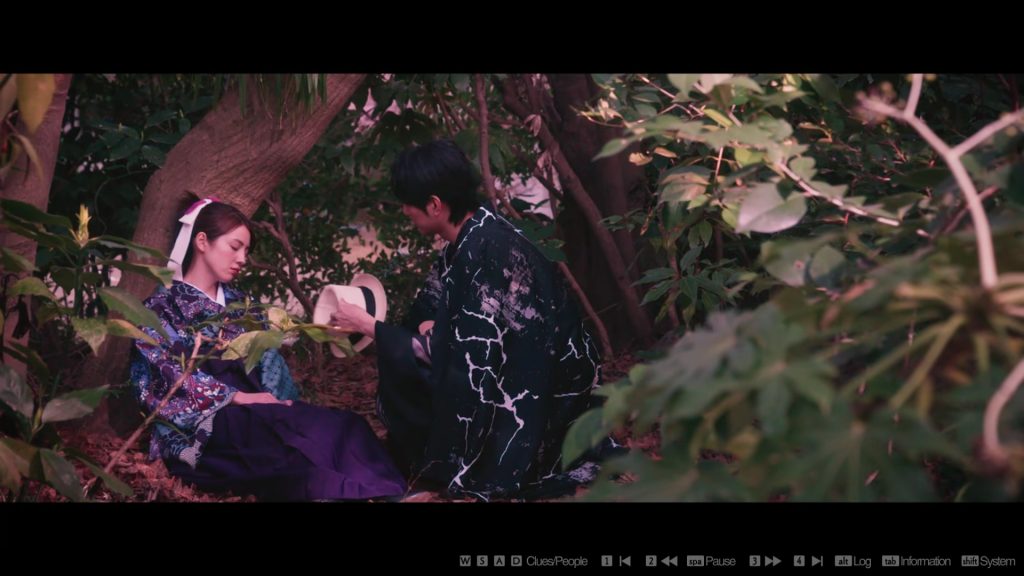 Unfortunately, the mechanics often felt at odds with each other; for example, the Path to Logic wants players to slot in clues to specific questions as a way to really make you think about them, but the clues are physically structured in a way that allows you to bypass reading entirely and only look at their shapes. You can literally match shapes to each other without reading what’s on them, making the entire segment feel like putting the right pegs through the right holes.

Then of course, comes the reasoning section, which is strangely difficult in comparison to what came immediately before it. Sure, you won’t get stuck — each wrong answer is played out on screen and prompts players to try again with or without a hint — but your score will go down a bit (one wrong answer changes your score from an “S” rank to an “A” rank), so if you’re a score hunter then you’re gonna want to get it right the first time, which is… hard. Of course, answers that are hard to come by just means the mystery is well-written, so can I really complain?

Full disclosure: This review is based on a copy of The Centennial Case: A Shijima Story provided by the publisher.

Horace Review: Indie Darling and Loving Tribute to Video Games   I’m not sure how I missed Horace when it was first released digitally. But I’m more than glad…