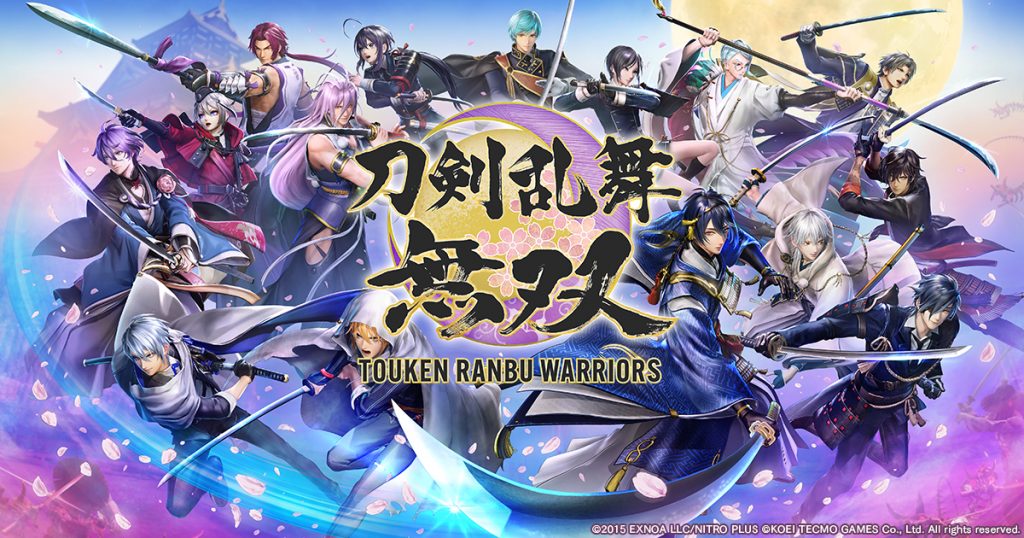 I love a good Musou game. What many see as shallow and repetitive, I see as an enjoyable, moreish grind. A lot of people dismiss series such as Koei Temco’s Dynasty Warriors as a brainless hack and slash affairs, and whilst that’s understandable to a degree, it’s also incredibly reductive given the myriad of systems, gear upgrades, leveling progression, and loot chases that exist underneath the tried and tested 1 vs. 1000 formula.

Unfortunately, for the first time in a long time, Warriors naysayers have been proven right when it comes to Touken Ranbu Warriors. The latest in a long line of licensed Warriors spin-offs is easily the most disappointing Musou game I’ve played in years. By streamlining the Warriors formula to the point where it remains a shell of itself, Omega Force has produced a game that I struggle to see landing with anybody but the most hardcore fans of the Touken Ranbou IP. 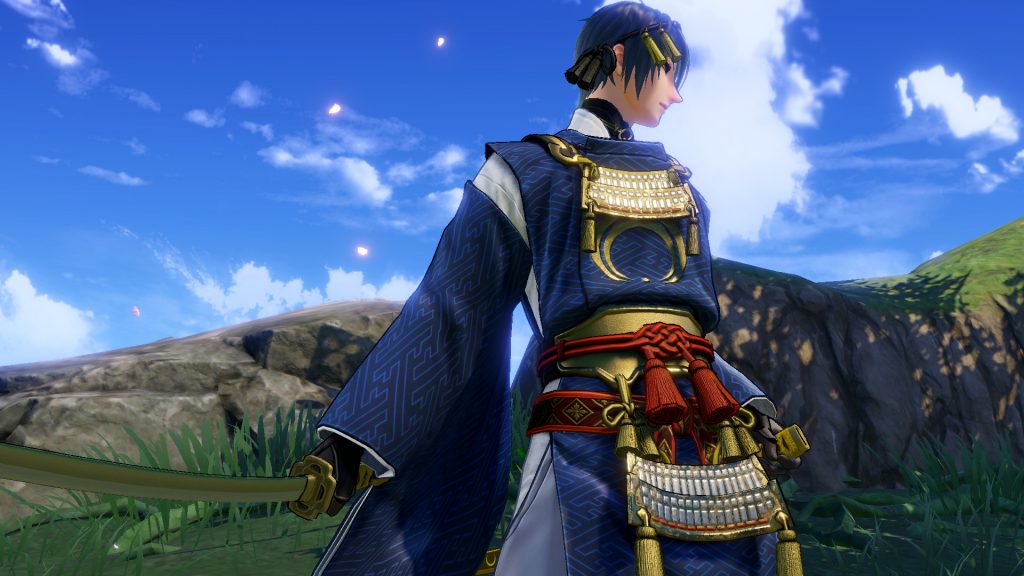 If you’re reading this and wondering what the hell Touken Ranbu is, you’re totally forgiven, as I only have a passing knowledge of it myself. Hugely popular in Japan, Touken Ranbu originated as a free-to-play collectible card game. From there, its popularity soared, resulting in anime spin-offs and even a live-action theatre experience.

Plot-wise, Touken Ranbu, both the wider IP and Touken Ranbu Warriors, focuses on the Touken Danshi, who are living, humanoid representations of various swords that all have their place in Japanese history. The Touken Danshi are the last line of defense against the Historical Retrograde Army, or the “HRA” for short, the main antagonists in this universe, who are hellbent on traveling through time and rewriting the course of history to suit their own agenda.

The premise is admittedly fascinating, and the framework it gives to the Musou action is pretty neat. Before entering each battle, you’re told which point in history the HRA is attempting to alter, and you’re given quite a neat synopsis of the actual historical events that took place, along with the ramifications should the HRA succeed in their attempt to play revisionists. Whilst I wouldn’t say that Touken Ranbu Warriors is any sort of substitute for sitting down with a good book on Japanese history, it did open my eyes to historical events I wasn’t aware of, spurring me to go off and do my own research between battles.

Unfortunately, the clever attempt at providing brief history lessons is just about where my positive take on Touken Ranbu Warriors ends. 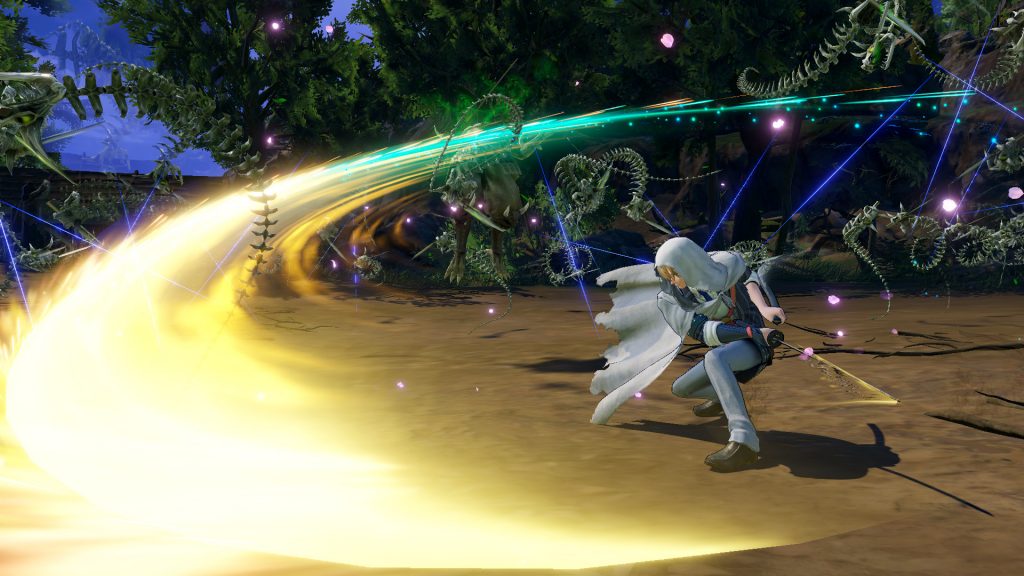 With time travel placed firmly at the core of Touken Ranbu Warriors’ plot, it’s a shame that the on-screen action absolutely pales in comparison to the novel concept underpinning it.

In a move that I can only think has been done to streamline the process in the hopes of hooking first-time Musou players making their way over from the collectible card game, the usual Omega Force gameplay experience has been absolutely gutted for Touken Ranbu Warriors.

Gone are the expansive battlefields, with competing objectives and countless enemies to cut through. Instead, almost every mission in Touken Ranbu Warriors sees the player dropped into a linear corridor, punctuated with small-scale battles that are typically over in mere minutes. There is generally only one direction to move in, with the split-second decision-making of other Musou titles becoming a thing of the past since you no longer have to agonize over what portion of the map requires your attention at any given moment. Part of the reason Omega Force’s gameplay loop has worked so well historically is the feeling that you’re part of something much larger. The feeling of turning the tides of a huge battle is unparalleled. Strip that scope away, and you’re left with nothing to focus on save for the simplistic combat.

It’s not just the overall feel of the battles that have been pared back. Weapon grinding is out the window also, with randomized loot drops and weapon upgrading nowhere to be found. Instead, the only form of progression is through an extremely simplistic upgrade tree that can see you unlock a handful of additional moves and buffs to stats like health and attack power. One of the core features of any good Musou game is the weapon chase, hunting down and upgrading weapons, and pursuing unique character weapons. Removing such core staples just leaves the whole experience feeling, well, a bit pointless.

The actual combat itself is serviceable and follows the usual Omega Force template. In a recurring theme, however, it’s extremely limited in scale compared to competing titles. Only fifteen playable characters have been brought across from the wider universe, and whilst I thought this was a strange decision, it soon became clear why.

See, given that the Touken Danshi are basically physical manifestations of famous swords, they all wield swords, surprisingly enough. Sure, it makes sense in the context of the universe, but as with other design choices, makes clear that this isn’t a Musou game designed to target the core audience of Omega Force’s other work. Ranged characters, magic users, you name it, gone. I quickly realized that the decision to bring across only fifteen Touken Danshi wasn’t strange at all – it’s more likely to have been a calculated decision employed to hide how ill-suited the Touken Ranbu franchise is to the Warriors formula due to the complete lack of diversity amongst its protagonists. 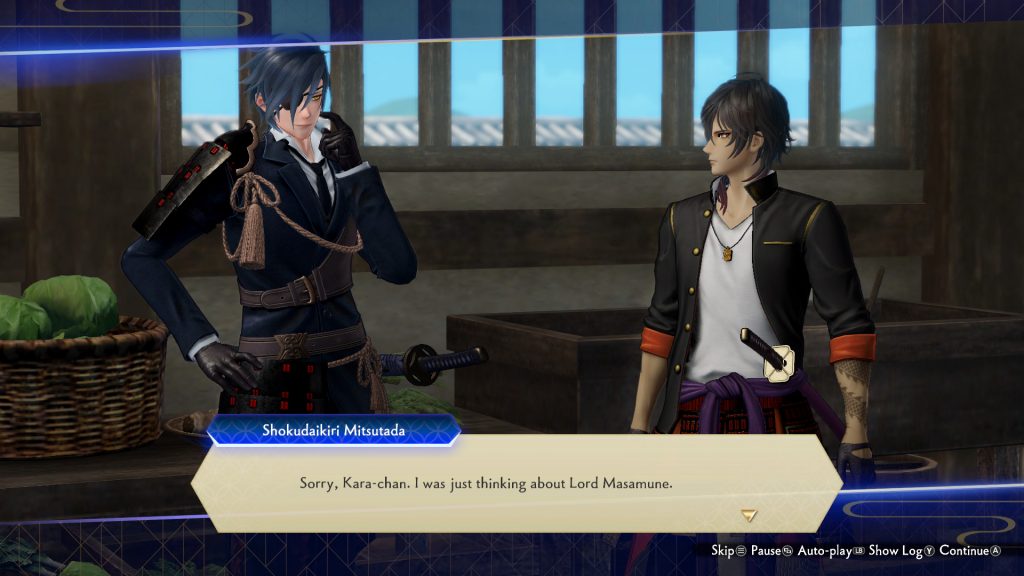 If Touken Ranbu Warriors has one key saving grace, it’s in the presentation and story delivery. I’m going to go out on a limb here and say that this might just be the best-looking Warriors game to date. The anime art style is a joy to look at, and the cutscenes are often excellent, with the voice acting being of similar quality. Character design is also fantastic, and the look of Touken Ranbu Warriors alone has intrigued me enough to want to dig deeper into the universe outside of this game.

Given the attention to detail and the efforts put into the presentation, it’s probably worth calling out that as down as I’m being on this as a Warriors title, the love that is clearly shown for the Touken Ranbu IP might be enough for fans of the franchise to get invested in the simplified approach.

That simplified approach, dare I say it, might be welcomed as anyone with no prior experience with a Warriors title can sample a streamlined take on the formula without the years of mechanics and baggage that have amassed over the years. At the end of the day, a large portion of the players who will flock to this will definitely be players of the collectible card game; mobile gamers who want a simple experience they can hop in and out of without too much thought. And, if that is the design philosophy Omega Force employed, then it becomes somewhat easier to digest the simplicity of Touken Ranbu Warriors.

Touken Ranbu Warriors is an extremely difficult sell for fans of Omega Force’s previous work, given how stripped back a product it is. Small scale battles that can be over in minutes, along with a complete absence of any meaningful progression or grind, completely rip the heart and soul from the now infamous 1 vs. 1000 formula. If you’re a fan of the Touken Ranbu franchise who has yet to sample a Warriors game, then you may find some joy in the depiction of the Touken Ranbu universe and the accessible nature of everything. For everyone else, however, it’s safe to say you can avoid this and hold out for the imminent release of Fire Emblem Warriors: Three Hopes, which should hopefully have a little more meat on its bones for longtime Musou fans.