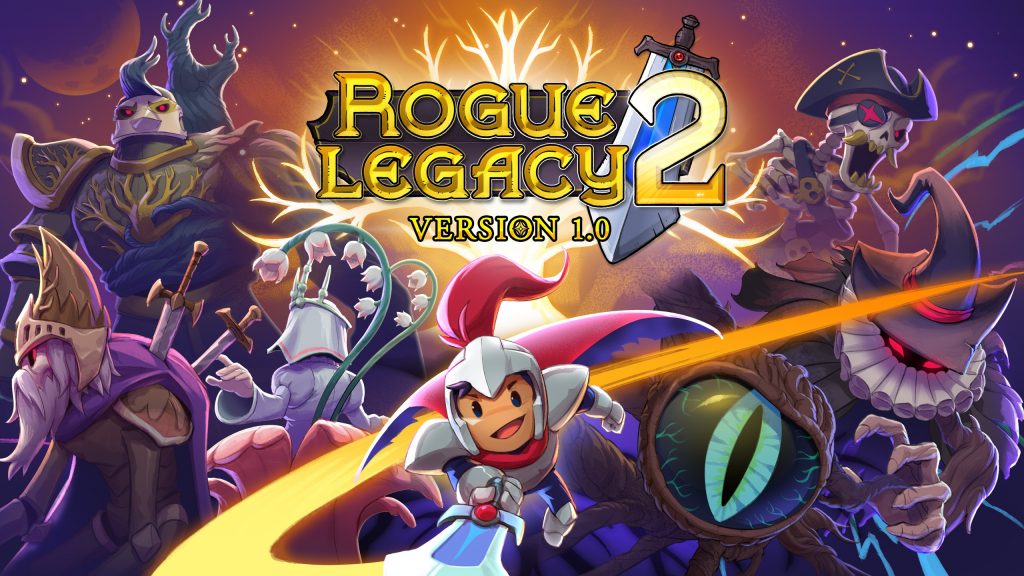 For years I didn’t think I liked roguelikes, or even roguelites. The idea of throwing myself against the same challenge, again and again, has never really appealed to me in video games. I like progression. Challenge is great, but I like games that I feel respect my time. I like a wide variety of games, and whenever I have to spend hours on a single challenge, I start thinking about my backlog and what games I’m not playing by throwing myself into this one.

In recent years though, roguelites have changed my mind. By adding an element of progression, games like Hades, Dead Cells, and Slay the Spire have gotten their hooks into me. Rogue Legacy 2 is the latest roguelite to stand among those wonderful titles, stealing hours of my life and making me repeatedly promise myself that this will be my last run. 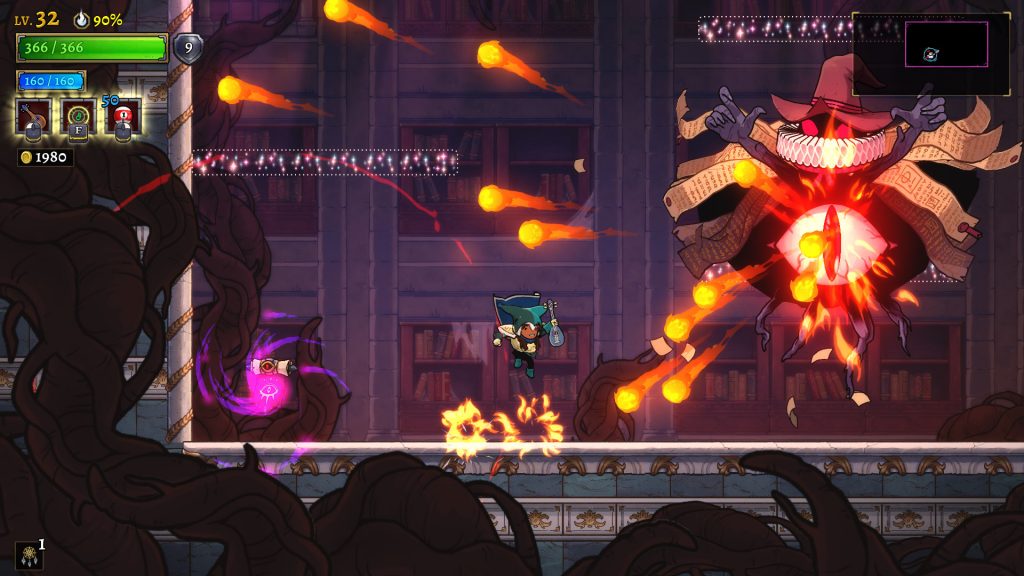 You start Rogue Legacy 2 by dropping into an underground castle, searching for an artifact. While the opening gives you a bit of a story involving a king in search of immortality and the estuaries who have helped him, it’s not worth worrying too much about. If it grabs you, there are all kinds of documents and files hidden throughout the world which will give backstory to what is going on, but it mainly serves as a backdrop to explain the main mechanic of the series, which is that when you die, your descendants jump right in and continue your story.

On your first run, you’ll play as a pretty standard knight for a game like this. This starting class is a pretty standard jack of all trades, master of none. You can do decent damage, have decent range, decent mobility, everything you’d expect of such a class. You’ll enter the castle and fight your way as far as you can, but before too long, you’ll very likely die. If you’re good enough to get too far on the first run with no upgrades, well, kudos, I suppose. 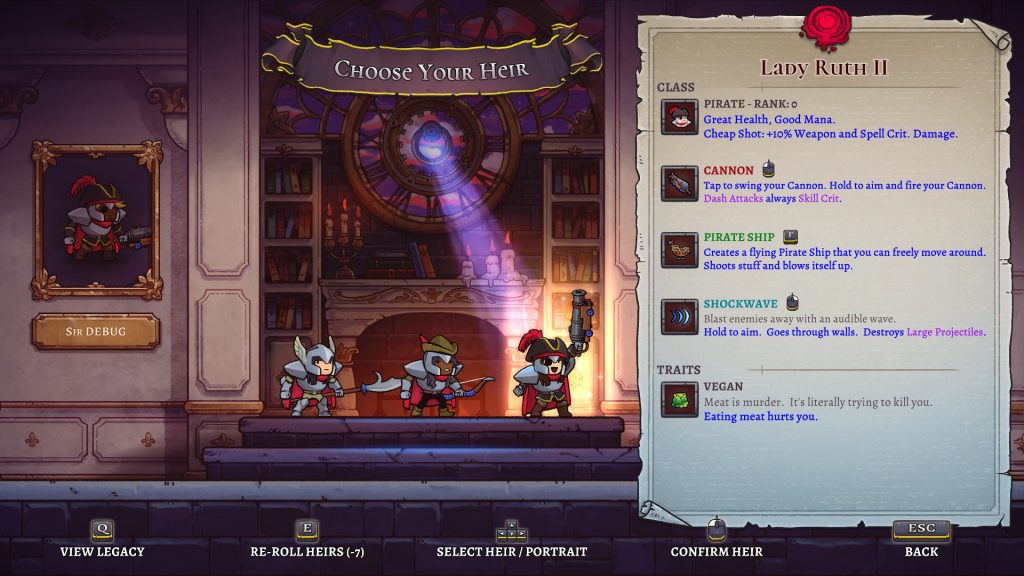 The full game almost doesn’t start until after that first death, though. At this point, you’ll be given three potential descendants of your last character to choose from. Initially, they’ll be from a pretty short list of classes, but eventually, you can unlock 15 classes, each of which plays quite differently from the others. I eventually became a big fan of the valkyrie, who can attack in all directions, the boxer who can build combos with subsequent punches, and even the chef with their healing ability and big pan they attack with. Even those I was less fond of, though, like the bard, are at least interesting and worth checking out, and the three choices each time means you’re never really stuck playing one of your least favorite options. If you want more freedom, you can even unlock the ability to reroll your classes.

While each class has its own abilities, stats, and attacks, many of the characters have their own disadvantages as well. These can be as minor as your character being blue, somewhat more annoying like them being color blind, making your next run black and white, or significantly more challenging such as one disadvantage that makes your character powerful but die in a single hit. While you probably don’t want to play a character who dies in one hit, you’re often incentivized to take on these challenging characters with the promise of bonus gold. Sometimes when you’re not ready to take on the next boss anyway, it can make sense to do a quick run where you’re getting more than double the normal amount of gold, even if it’s not going to be the run where you beat the game. 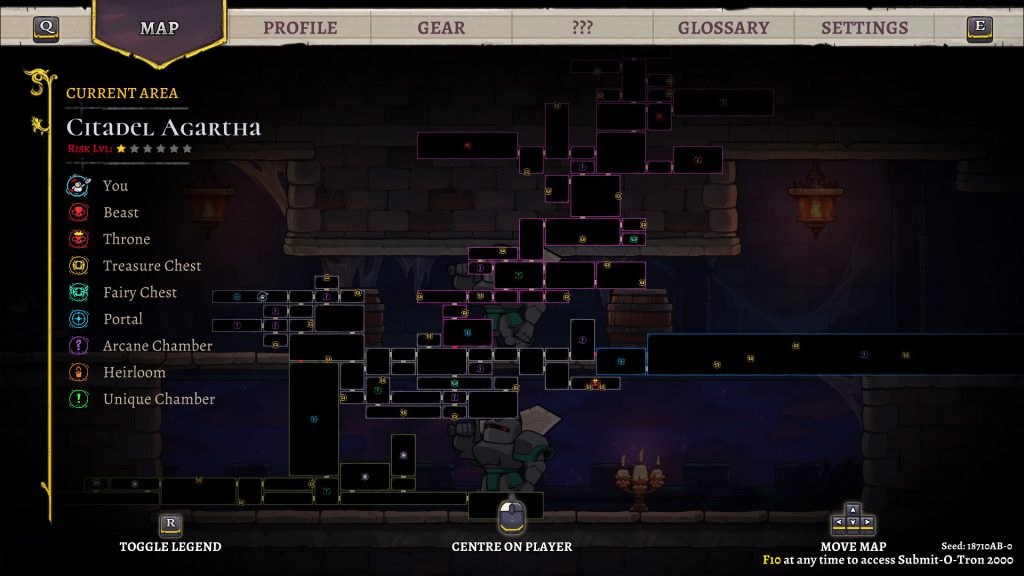 Once you pick your class, you get to the progression which really makes Rogue Legacy 2 work. All that gold from your last run will unlock a huge variety of upgrades. You can increase your armor, strength, health, weight capacity, and more stats. These upgrades apply to all classes. You can unlock stores that will let you buy upgrades to your gear and abilities. Additional classes can be purchased here as well. That’s just the basics; there are many more things available on the upgrade tree that can give you freedom in how you want to play. As nice as it is to have these options and always feel like you’re progressing, though, a bit more direction might have helped here. You have a lot of freedom in how you upgrade, but there are so many options that you can easily spread yourself too thin. It isn’t something you can’t get past, just grind some more runs and get more upgrades in the things you need, but because the cost of each upgrade goes up every time you buy one, it does make it harder if you realize late in the game that you haven’t upgraded stats that you really need. There’s no ability to respec; you’ll just have to grind. A bit of extra guidance would go a long way to avoiding frustration.

Rogue Legacy 2 can be a tough game at the best of times, too, so frustration is definitely possible. That said, I rarely felt it because I was having such a good time playing the game. Despite the many different classes, everything controls like a dream. In order to complete the game, you’ll need to fight your way through six biomes and the bosses that wait for you at the end of each. While areas are random and shift on each run, there’s a sort of familiarity that you’ll grow to recognize as you play through them repeatedly. Think of each room like a puzzle piece, and with each new run, the game puts the puzzle pieces together in a new way. The big pieces will be there every time, just in different spots. You’ll still get to know the enemies and challenges ahead of you. 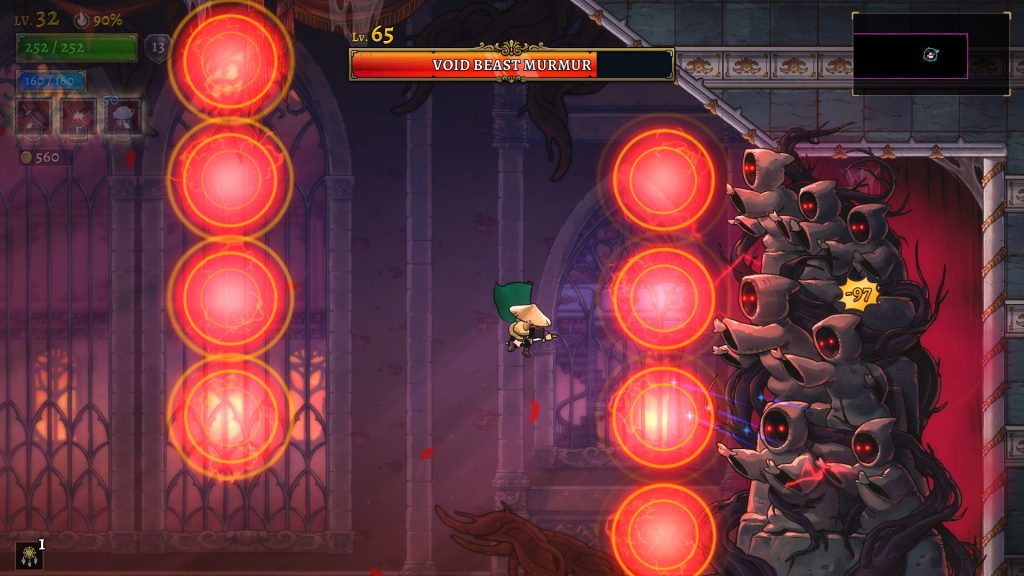 Each area has a very distinct style too. One is made up of many small rooms, while the next is just a few huge ones. Another area is entirely vertical, while yet another is set in the snow and actually makes that matter from a gameplay perspective. These biomes provide a great dose of variety. While the first area you enter is by far the easiest, the foes even there can challenge you early on. They get significantly harder from there, though. As you enter each area, you’ll be warned about the difficulty there. If you want to end a run early, there are few better ways than going right to the later areas of the game. You won’t always be able to do so anyway. Some of the more complex areas are only easily accessible with upgrades you won’t get until later in the game. You may be able to find alternatives for some of these areas, using class-specific abilities to override things you’re missing, but this isn’t a good idea most of the time.

It would be easy for later areas of the game to become frustrating since you always start at the beginning, but this is another area where Rogue Legacy 2 is ahead of many games in the genre. Teleporters are placed all over the game in key places like before boss battles and at the start of each biome. Midway through the second biome, you’ll unlock the ability to permanently unlock the portals at the start of each biome. You’ll still need to buy them, but they’re cheap, and once you do so, you can jump right back to the area you’re working on without needing to find it again. You’ll still need to then find your way back through the area if you previously died there, but there’s even a solution for that. Early on, you unlock the ability to lock the world in before any run, meaning you’ll return to the same layout as your last run. Enemies will be back, but you can use portals you found and know just where to go, thanks to your map. There’s a cost to this, your gold on these runs is reduced, and it gets reduced more each run you leave it locked, but if you just want another shot at that boss who killed you, it can be a lot more fun than having to search them out again. 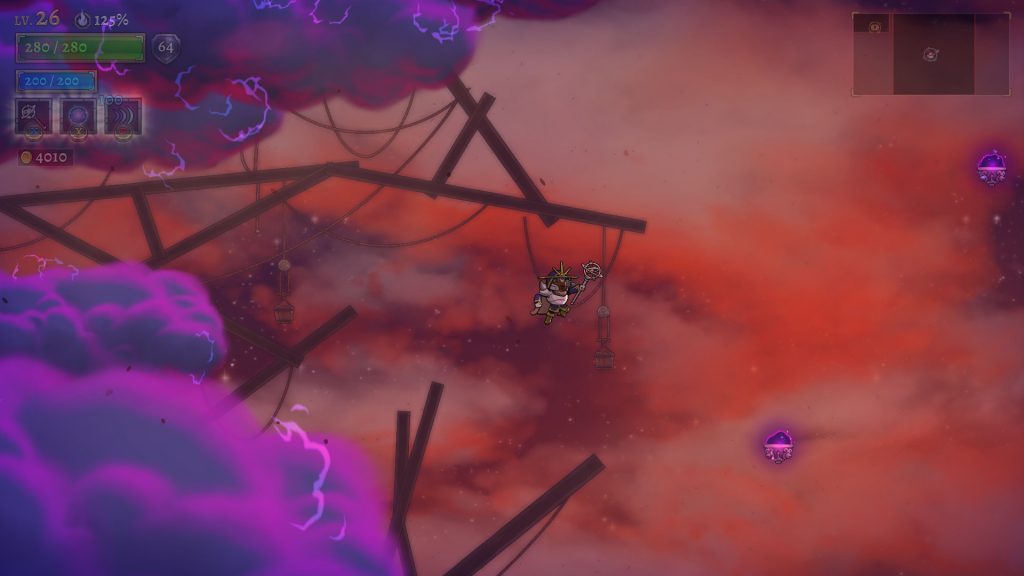 Rogue Legacy 2 further respects your time by leaving certain things that just make sense unlocked permanently. Certain moves are permanent upgrades. If you have to unlock a boss chamber, it stays unlocked on future runs even if the world shifts. When you defeat a boss, they’re defeated for good too. All of this leads up to a sense of progression that allows you to feel like you’re moving forward, even when a new area is kicking your butt.

If the challenge of the roguelite genre worries you, I can’t say Rogue Legacy 2 isn’t hard, it definitely is. Some of the later areas can be downright brutal. There are options, though, which will help most players find their way through. You can, of course, grind and upgrade your character. There’s also a series of what Rogue Legacy 2 calls house rules available, which let you tweak things like what causes damage, how much damage enemies take and dish out, and far more. You can’t reduce damage all the way down and make the game a complete breeze, but you can tilt things your way if you really get stuck.

The world of Rogue Legacy 2 is filled with personality as well. From the goofier classes, to some of the strange abilities, the fun characters back at the town you visit between runs, and especially the incredibly memorable bosses, they all come together to create something distinctive, which I know I’ll be thinking about for a long time to come.

Rogue Legacy 2 offers so many options when it comes to classes, upgrades, and ways to play it that anyone remotely open to the roguelite genre should check it out. I might have asked for a bit more direction in how to approach certain upgrade paths since the volume of choices can be borderline overwhelming, but it’s a minor quibble when everything else about the game is so fantastic. Rogue Legacy 2’s memorable world and overflowing personality will keep you invested until the very end.

Full disclosure: This review is based on a retail copy of Rogue Legacy 2. 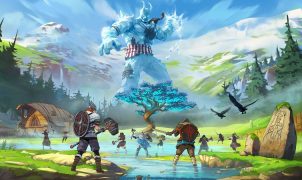 Thy Cup Runneth Over (With Quality!) Anyone even remotely familiar with StudioMDHR’s run and gun (but mostly gun) platformer Cuphead knows that its release has been a long time coming.…