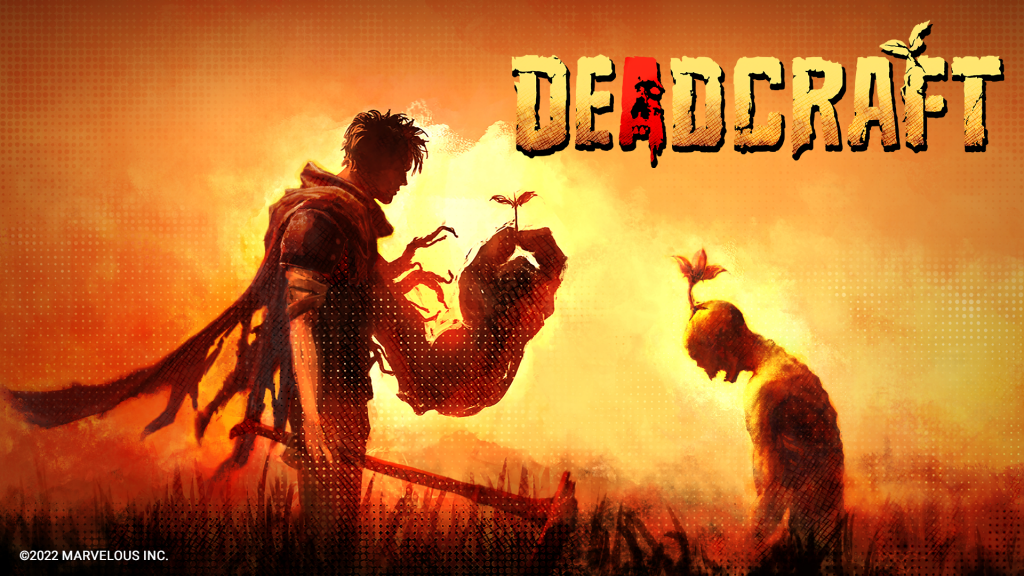 It feels like not a week goes by where there isn’t a new survival game dropped on some system or another. Similarly, zombie games are in just as plentiful a supply, so I’d forgive you for looking at the latest release from Marvelous and thinking, “here we go again.”

You might want to hold that thought, though, as Deadcraft is a game that I haven’t been able to get enough of since the review code dropped in my inbox. Yes, it’s undoubtedly a title that treads a lot of familiar ground. Still, Deadcraft executes upon familiar mechanics with such competence and confidence whilst even managing to successfully execute upon the new ideas it brings to the table.

A Surprisingly Fleshed Out World 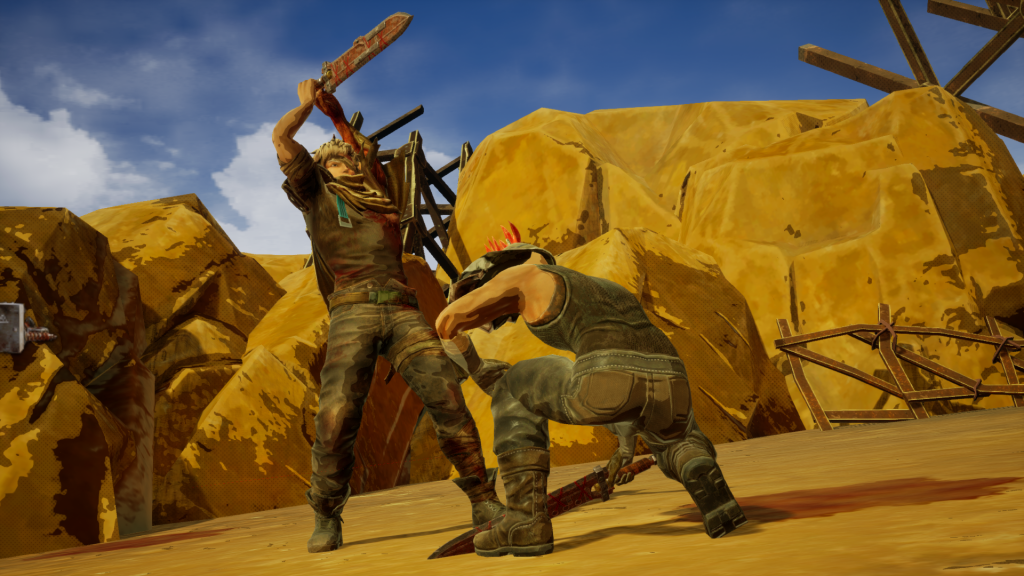 Dropped into a desert wasteland that looks heavily inspired by the wastelands of Mad Max, Deadcraft has players assuming the role of Reid, a half-human/half-zombie hybrid desperate to make it to the Ark, a city controlled by Dr. Nebron. There he hopes to find out more about his condition, and Dr. Nebron, who runs the Ark and at one point holds Reid and his buddy captive. Unfortunately, things didn’t go so well for Reid’s pal, so it’s up to him, following his escape from the Ark, to make his way back in and deliver a healthy dose of revenge.

That isn’t as easy as it sounds, of course. To gain access to the Ark, Reid has to help the local population deal with all sorts of predicaments, from helping them stock up on food and weaponry, to assisting with dealing with the local threats, both human and otherwise.

One of the main reasons I’ve bounced off countless survival games is the complete lack of plot, so being greeted within minutes with a fully fleshed-out narrative and reason to care about this world was incredibly refreshing. Story quests are doled out at a quick pace from the get-go, introducing you to the whacky cast of characters who are all dripping in personality. Whether I was helping the local slum leader fend off zombie hordes, or assisting a madcap scientist with his research on Reid’s hybrid condition, Deadcraft does a sterling job at creating a world it is easy to invest in and care about. Many of the story-related cutscenes are fully voiced as well, as is Reid himself, which was a welcome surprise and really helped draw me into him as a character and his quest for vengeance. 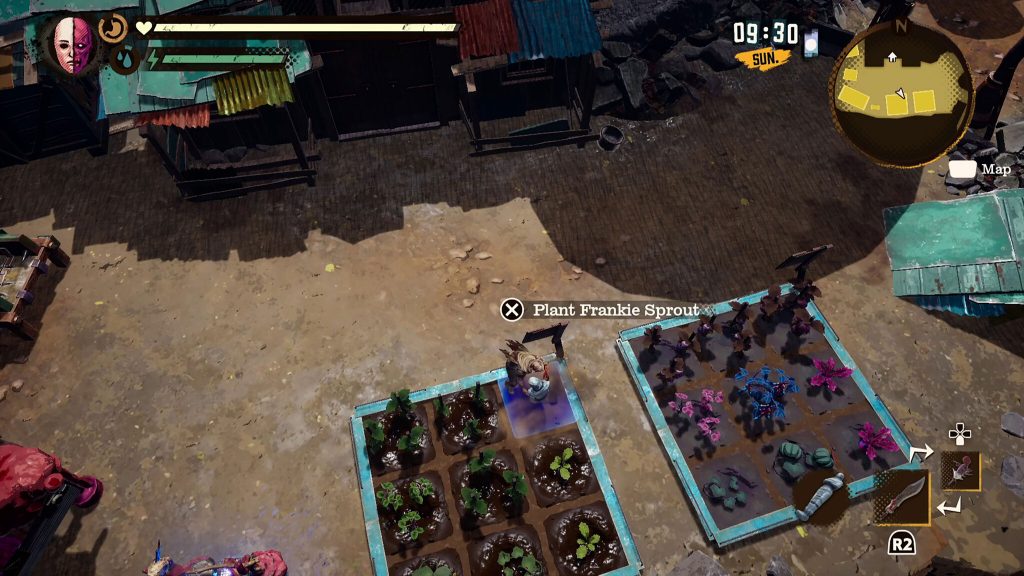 Truth be told, whilst this is a crafting/survival game at its core, it is much wider in scope than other genre entries that release at similar price points. It would probably be more accurate to refer to Deadcraft as an action RPG that contains survival elements, given the emphasis on decent characterization, narrative, and a wide variety of quests to take on.

This focus on being an action RPG first and foremost even comes across in how accessible the survival mechanics themselves are. All too often in survival games, I usually last a couple of hours maximum before getting bored at the tedium involved with maintaining things like hunger and thirst meters. Deadcraft all but eliminates that tedium by creating one of the most welcoming survival systems I’ve ever encountered.

Sure, you’re still expected to maintain your status meters, but keeping those maintained at a basic level is extremely forgiving thanks to the abundance of core resources scattered around the environment that is more than enough to keep your meters topped up. You can absolutely develop more efficient means by which you can combat hunger and thirst, but nevertheless, the baseline for being able to survive is highly welcoming. It allows for more fluidity in how you approach your play sessions as you’re not really at risk of having your meters deplete should, for example, you choose to push on and do one more side quest. No matter where you are in the world, the resources required to survive will always be nearby, letting you get on with the more interesting stuff, such as crafting or questing.

That’s not to say that you can’t dig deep into the resource management options that do become available. Should you so choose, you can build more complex contraptions, and harvest various crops that will enable you to craft more rewarding recipes. They aren’t a necessity by any means, but there are definitely options to become more efficient in managing hunger and thirst for those put off by the simplicity of just relying on the ad-hoc resources you come across.

When you aren’t keeping an eye on your vitals and managing those, chances are you’ll either be cutting down the waves of undead that populate the lands or harvesting so as to make Reid more combat efficient.

As you complete quests, harvest resources, or engage with enemies, you’ll be rewarded with a steady stream of experience points. These can then be spent in an extensive skill tree, that, besides allowing you to beef up Reid’s health and slow the depletion of his resource meters, also allow you to unlock a huge range of objects, machinery, and weapons.

Whether you’re wanting to automate your farming and resource refining processes or upgrade from your basic combat knife into an electric guitar (yes, you read that right) capable of slicing through zombies like butter, there is always something to work towards. Again, leaning into the accessible nature of the Deadcraft, new crafting recipes are unlocked at a sensible pace that doesn’t overwhelm. Major unlocks that provide new mechanics to get to grips with are often gated by story progress, meaning there is always time to get used to one set of toys before having to wrap your head around another.

Perhaps the most interesting aspect of the crafting system is the ability to plant and harvest actual zombies that can then be used in combat. By collecting corpses of human enemies and combining them with a zombie’s heart, a zombie seed is created that can then be planted in any tilled ground. The outcome of that? A shambling walker who can aid in combat and may even come readily equipped with a basic weapon.

Dig a little deeper, though, and you’ll soon be graced with additional crafting stations that enable you to craft even stronger zombie variants from those basic units. Gun-toting zombies, bazooka-wielding units, and even giant bowling balls of zombies can all be created and used to take on hostile wastelands. It’s wonderfully creative stuff and really helps Deadcraft carve out a niche in the zombie survival space where the undead masses are usually just there to hinder rather than help. 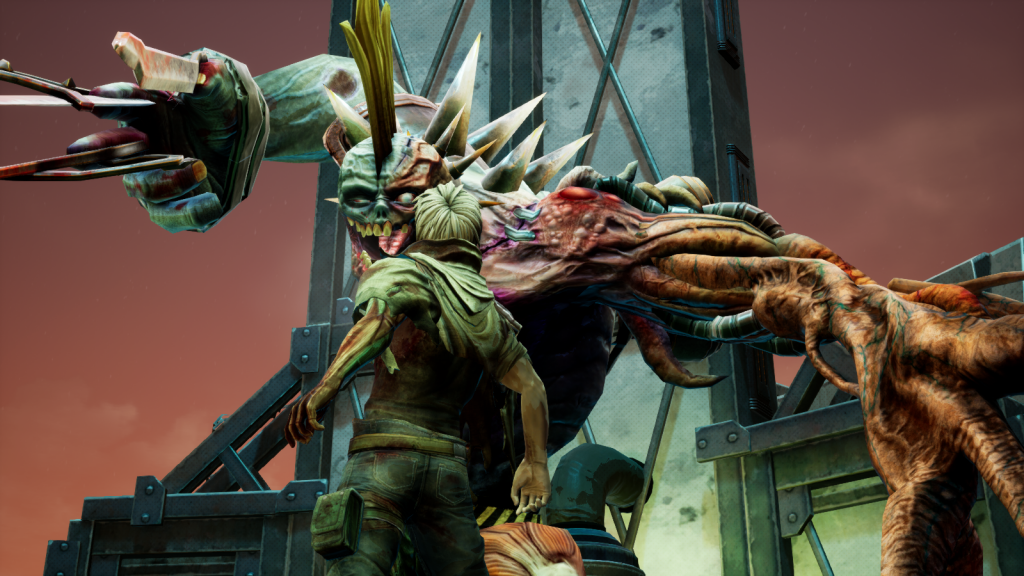 In another twist on the genre, combat is also heavily impacted by the hybrid nature of Reid. Being half-zombie, Reid has access to a few neat abilities, such as morphing his arm into a shield or a massive swinging weapon capable of clearing enemy packs in seconds. These overpowered abilities can’t just be spammed, though, as they are dependent on Reid having enough zombie energy stored, which can be acquired through eating or drinking food and liquids that have been infused with zombie blood.

Here’s where things get really interesting. Overdose on zombie energy and NPCs might not take to kindly to Reid and may even attack. However, go too far in the other direction and fail to maintain enough zombie energy, and Reid’s health pool becomes severely diminished. Much like the ability to craft and harvest zombies, this balance between needing enough energy to use in combat whilst maintaining peace with the locals really helps give Deadcraft its own identity. It would have been really easy for the developers to just have this hybrid characteristic provide an interesting narrative backdrop, but rather than do that, they’ve managed to build interesting gameplay mechanics around it, which is to be commended. 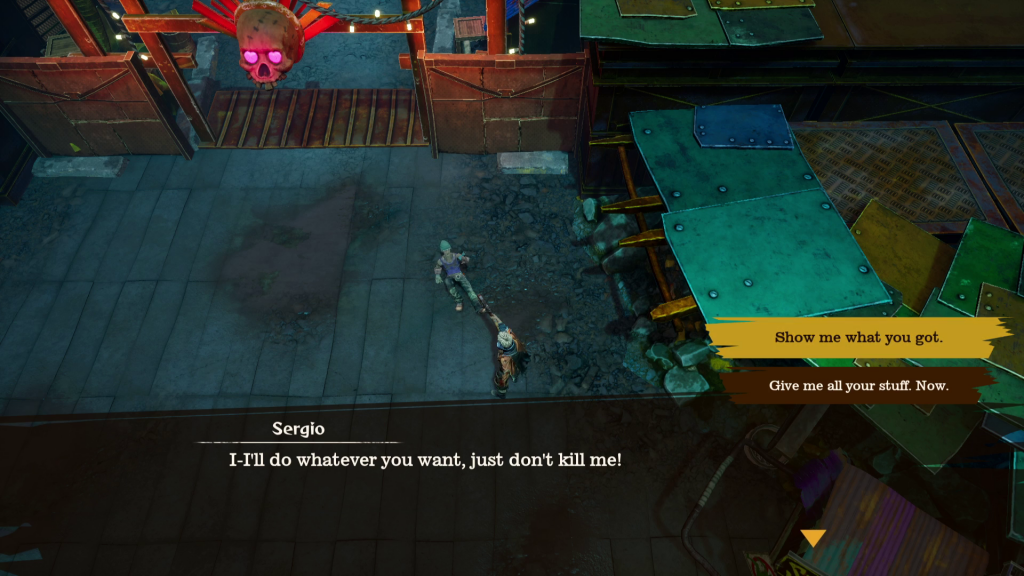 Honestly, it’s pretty hard to find fault with the core gameplay loops of Deadcraft, though there are a few gripes I had coming away from it.

For starters, I would have loved to have seen Reid’s zombie-related combat abilities expanded on some more. As much as I appreciated the efforts gone to make Reid’s condition gameplay impacting, it could have gone further with just a few more abilities than those already outlined above. You’re very much locked into a couple of abilities, and some further scope for build diversity would have been welcomed.

A less generic art style would have also been appreciated. Whilst the level of fidelity itself is fine, especially considering this review was carried out on the Switch, the design of the environments and characters is incredibly bland and does a total disservice to the efforts put into characterization and world-building elsewhere. It’s not a deal-breaker given how engaging the rest of the package is, but the generic nature of the art design does begin to grate after a while of traversing the same few environments and engaging with samey enemy types over and over again.

The survival genre rarely manages to surprise these days, given how saturated it has become, but Deadcraft manages to do just that. By executing well upon familiar mechanics whilst adding its own meaningful spin on things, Deadcraft manages to overcome its lack of visual identity by providing an extremely satisfying, innovative, and accessible take on the usual survival tropes. Even if you’re someone who shies away from survival games due to their typically unwelcoming nature, Deadcraft’s action RPG first, survival game second mentality has resulted in a product that I think will be capable of enjoyment by anyone, given the chance. 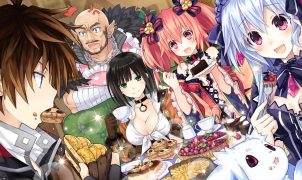