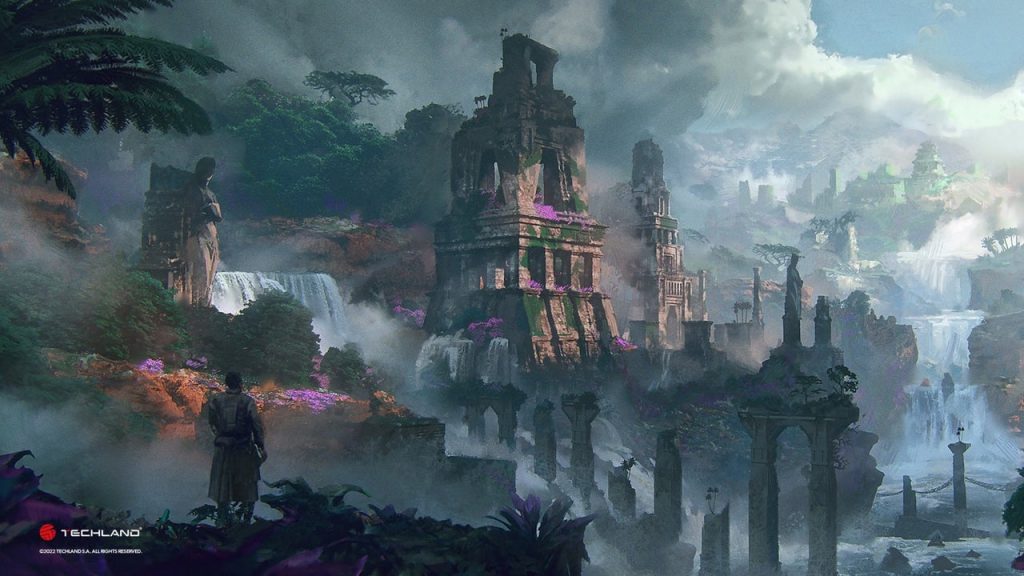 Techland have announced that they’re working on a new action-RPG which which swaps the post apocalyptic nightmare of Dying Light 2 for a fantasy setting.

Following the huge success of Dying Light 2, Techland is now shifting its focus towards its next title which is described as a new IP and an “AAA open world action RPG in a fantasy setting’. The game is currently untitled but has attracted some serious talent which includes developers that have previously worked on CD Projekt Red’s The Witcher Games and Cyberpunk 2077.

Techland first announced the project six years and have offered a glimpse at the title with some newly released concept art which highlights the fantasy setting. In a statement released alongside the concept art Techland CEO Paweł Marchewka hyped up the project saying:

“Our ambition is to introduce a brand new IP that is vastly different from what we have been doing for the past several years. We want to create a fully next-gen experience. A new fantasy epic set in a sprawling open world, fueled by the skills and experience we have gained as a team over the years, infused with new ideas, passion, and creativity.

“While we cannot share more details about this project now, we’re all truly invested in it and looking forward to showing it to gamers when the time is right.”